Singing in the rain. C’s brownies 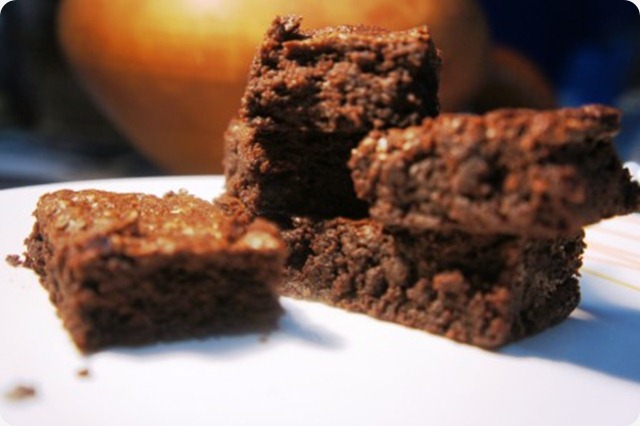 The skies were grey. Stone grey. It was about seven in the evening. The season’s first rains at Mumbai. A quiet lane. The car parked under freshly bathed trees.

“Open the box. Smell them”. He urged

In a calorific sense perhaps. 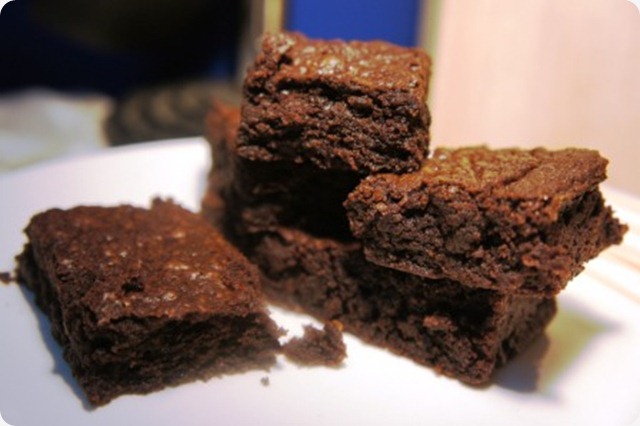 “An urban legend” I tweeted back.

And then today, “C has a treat for you”.

Gosh, the aromas wafting out of the box were indeed intoxicating. So heady that I asked, “do they have alcohol”. I thought I caught a whiff of rum or whiskey. The effect was similar. I closed my eyes and smiled. Oblivious to my surroundings. I was in a happy place.

“That’s because they are made with pure Lindt dark chocolate”, whispered the proud husband.

‘Oooh’, I gasped reverentially as I looked at the brownies nestled in the box. I swear, they seemed to jiggle softly, sway gently in the breeze, quiver as if they had a life of their own. They were so fresh. Seems like C had just baked them. 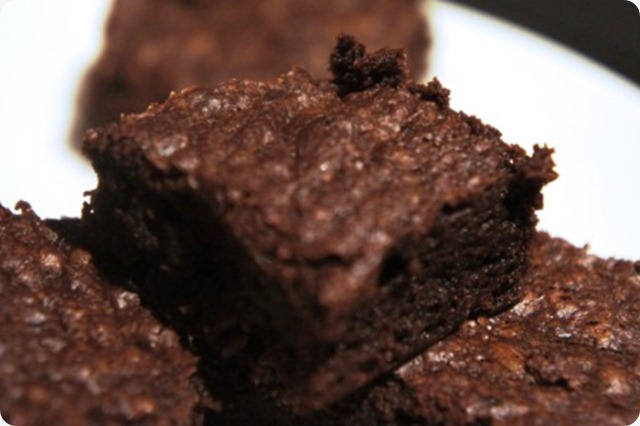 I came home. Opened the box. Whipped out my camera. Half scared to touch the brownies. They were so delicate. I held them the way I would hold a one hour old baby as I plated the brownies for the photographs.
And then I nibbled on a brownie. The first sensation was that of riotous chocolate cooking up a storm on my palate. I felt the bite slowly drizzle down my body, tickling every sense on the way. I knew that I could not rely on marital devotion to stop myself from devouring the brownies before Kainaz returned. So I went to the gym and ambled on the treadmill. Smiling happily at the thought of what was waiting at home.

K was back before I returned. And had finished a brownie!

Well that’s women for you.

So who is this C?

I have never kept secrets in the blog but there is always a first time. C is a professional pastry chef who has hung up her oven mitts for a while. She only makes brownies for her husband. Occasionally. She says he is very proprietorial about these brownies.

He shared them with me today.

Unfortunately for you, I am not as generous. 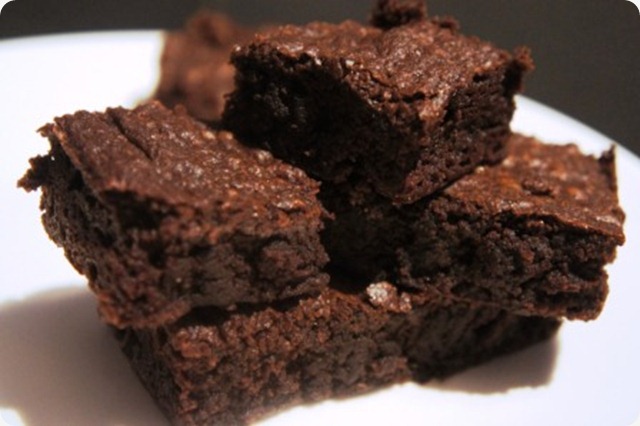