I was in two minds when we went out to dinner last night. Should I take the camera or not? Should I write about the place or not?

The fact is I think that I have written around three posts already on this restaurant. But those posts have been a while back as we had not been there recently. This is always the dilemma one faces with restaurants one frequents fairly often. Perspectives change, writing styles do, dishes tried change, readers do… so would it be silly to have four posts on the same place? Or should one keep looking for new places to eat at? The latest places? New content?

Which is when one needs to take a reality check. This blog is a diary. I probably write it first for myself than for anyone else. One can either write, have a good time… or strategise.

I chose the former. So here comes my fourth post on Bandra’s Salt Water Cafe. 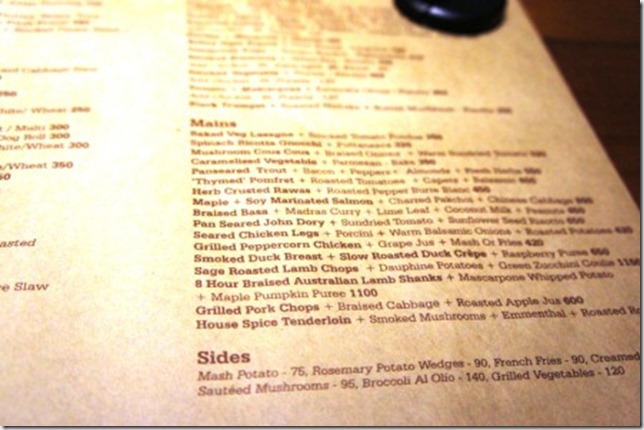 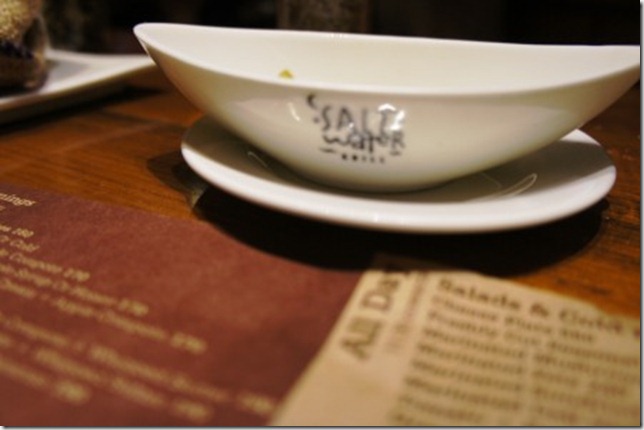 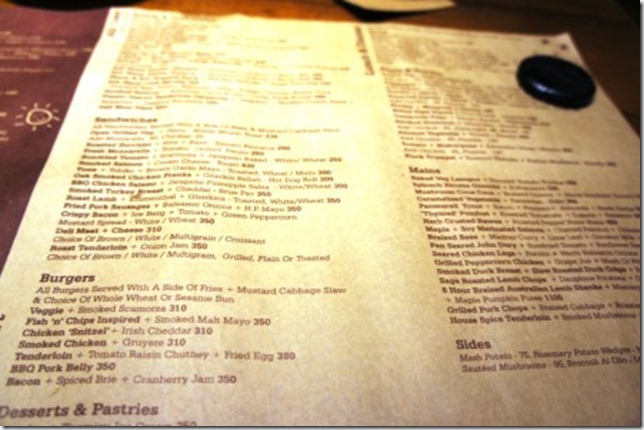 It had been a while since we had been to Salt Water Cafe and yet there was this strong sense of familiarity when we walked in. The decor was the same earthen, wooden, warm one which made you feel comfortable even though you sat on wooden benches. The lighting was just right, a yellow glow with a touch sun which ensured that you could see what you were eating and whom you were with, and yet felt cosy. A balance which few get right.

The bill of fare was exactly the same from our first visit, the menu hadn’t changed at all. The service competent, warm earning the prefixed 10 pc service charge even though at one point we had to hold our ground and say that one entree was enough for us. The repeated looks of ‘really’ apart, the rest of the experience was as hospitable and welcoming as one remembered it to be. The food as spectacular and distinctive as I remembered it to be.  Artistically plated and yet not trying to hide mediocrity through cosmetic tomfoolery. The food  gave pleasure. 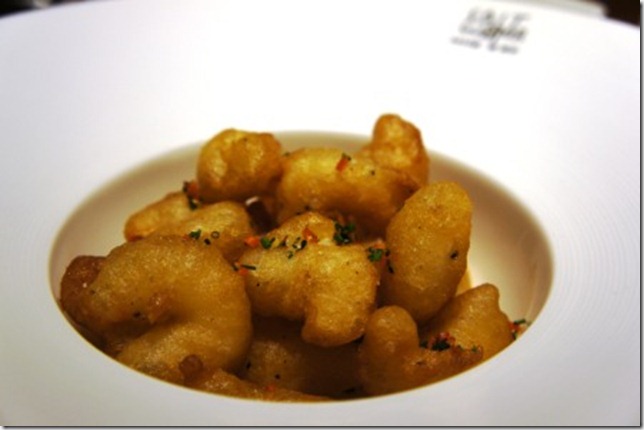 K suggested beer batter prawns with fennel. The batter, crisp to perfection, the taste of beer bold and clear even on a dry day. The juiciness of the prawns a testimony to the freshness of the chubby little angels of the sea as well of  the skill and acumen of the Chef. 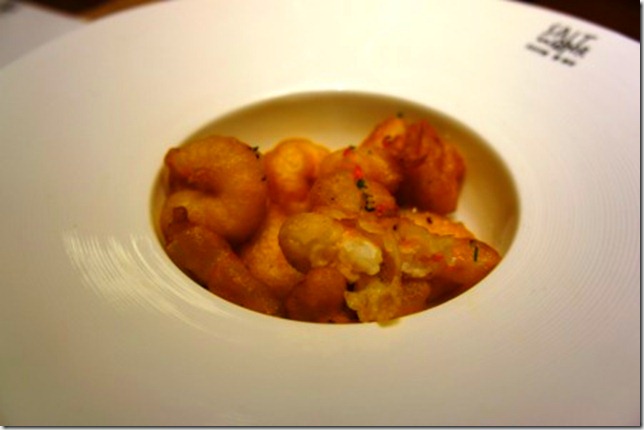 We munched on the complimentary bread which we knew about but had to ask for this time before the mains came. 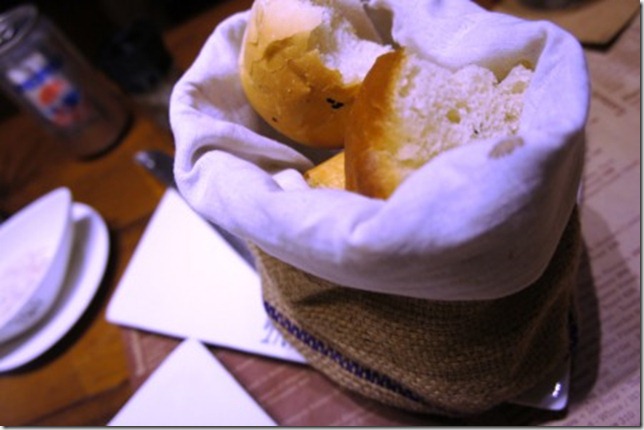 As I had said earlier we decided to share one mains. What followed was more gastronomic delight from the dish which we had both zeroed in on. The most perfectly smoked slices of lamb. Titillating my, usually not so fond of smoked dishes, palate. The taste was the sort which lingers with you well after the meal. The duck was treated with respect and reverence, cooked right, juicy to the point of being scandalous.

And it came on soft beds of our favourite mash. A pleasant surprise. 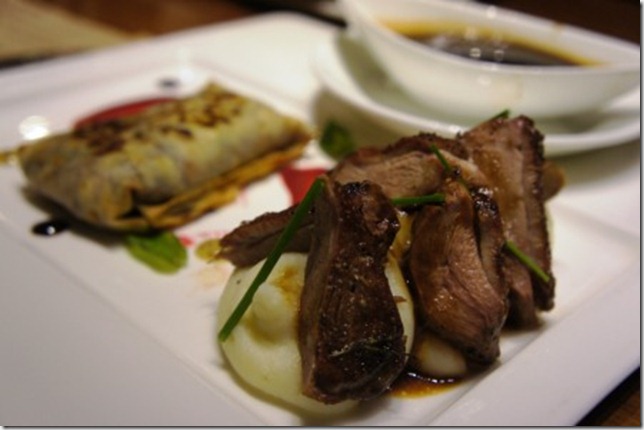 And the trip down heaven didn’t end there for with smoked duck was a crepe stuffed with chopped roasted duck and onions. Hot, yet not searing, the flavours very deep and elegant. Very pucca and yet with a hint of the Orient. Somerset Maugham would have approved. The consistency of the meat what you dream of when you think of duck meat.

So close to home and yet such decadence. 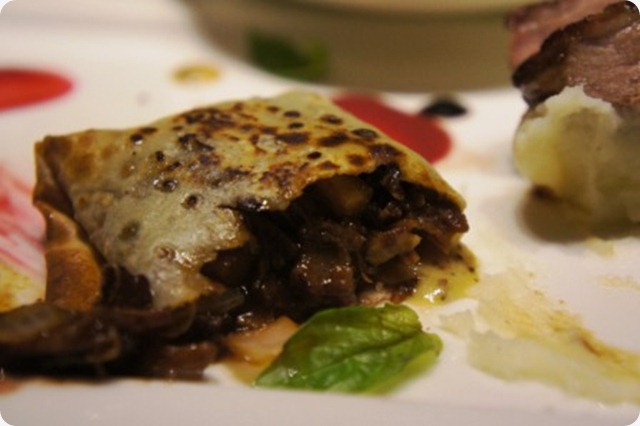 And then we went and picked our dessert. We knew what we would choose but still went up to the counter. For the exercise perhaps. 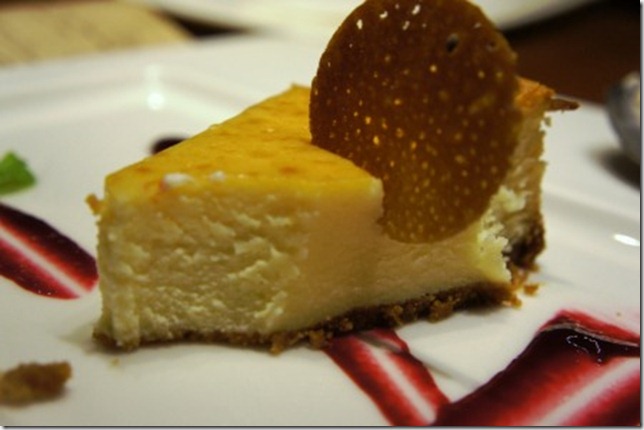 Soon the baked cheesecake was ours. Served warm. The sweetness just right. As was the texture. That mellow feeling of familiarity and affection. Of being at ease and relaxed. Of going with the flow and enjoying it. Of feeling at home. 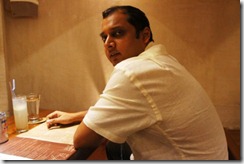 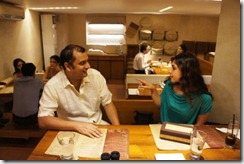 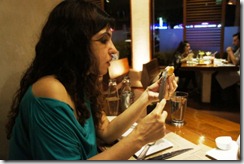 And here’s a big hello from the latest Finely Chopped member, a couple of hours old as of now: 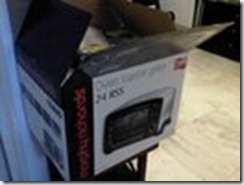