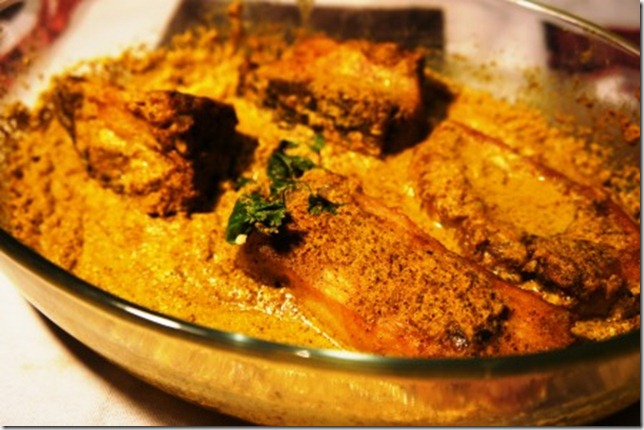 Of the various Indian regional stereotypes that exist I don’t know which is more wrong.

‘All South Indians are Madrasis who eat only idli dosas’? Or ‘all Bengali men love fish’?

Well I can tell you why the second isn’t entirely true.

To start with, many of us grew up in houses where there was an aura around meat. Mutton and in some ‘new age’ houses like ours, chicken. Meat was a Sunday treat. Or meant for special occasions such as birthdays or Christmas. You were conditioned to believe that meat was ‘it’. So what chance did poor old fish have?

To add to that there were many who grew up eating the some frigging fish everyday. Rohu or rui and its fatter and bigger cousin, caatla. Often in the same preparation everyday. By the time you grew up and had your own kitchen rohu took a backseat and you finally began to live a little.

Yes, I like buying fish. It connects with me with my roots in an alien land. I like cooking fish. It is part of my culture. Eating? Well let’s just say that left to me meat kept in the deep fridge gets over much faster than fish at our place.

We have the same problem of monotony with rohu even now as we had while I was growing up. We too have very few preparations for rohu. Fry. Kaalia. Doi maachh. And we get bored.

You hardly get the prized hilsa. And I am not too fond of the small fresh water fish such as parshe, pabda, coi, telapia. Most Bengali men aren’t. And sea fish is the last choice of those from the river port of Kolkata.

I got a caatla at the market on Saturday. A decent 3.3 kilo sized one. I scratched my head wondering what to do with it.

I suddenly remembered a dish which I made with chicken the previous weekend. Another monotonous food item which I look for new ways to cook in. I had made the chicken in a mustard and khus khus or posto marinate.

Now I have not grown up in a house where rui or caatla was never cooked in mustard. The first time I had this combination was at Mumbai at the house of a very kind host whom I once stayed with for a week. And at restaurants. But rarely in a Bengali house.

I thought I will experiment with last week’s chicken marinate idea with the caatla. It had worked well with chicken after all.

The experiment started in the afternoon with Banu around to help me. I got to see the results at night.

K & I were both happy with the results. We finally had a new rui or caatla recipe.

So here’s my recipe. 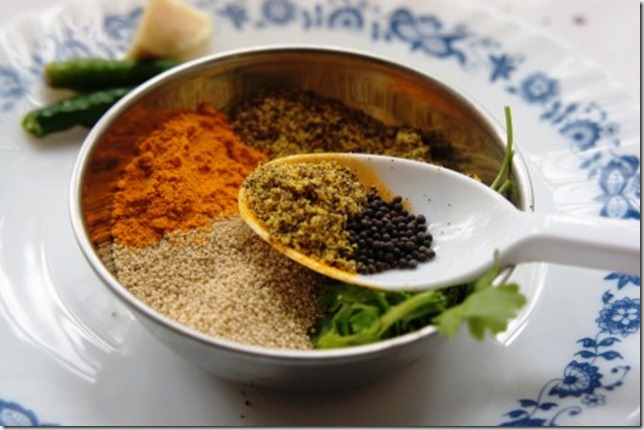 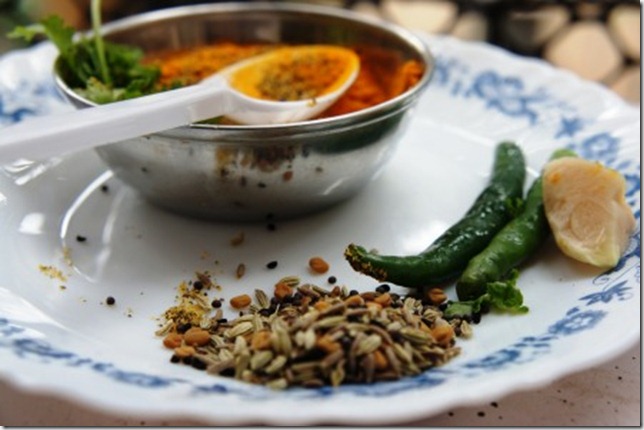 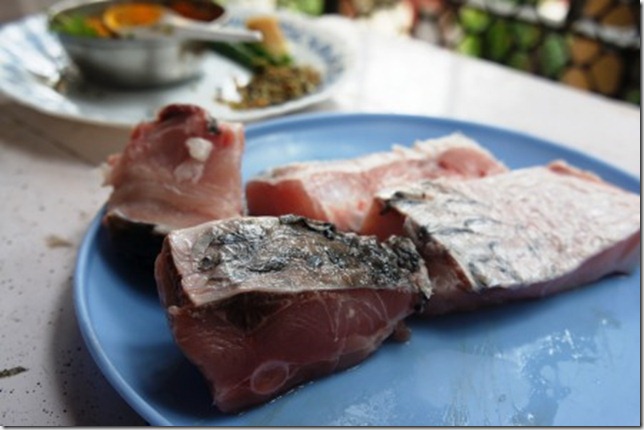 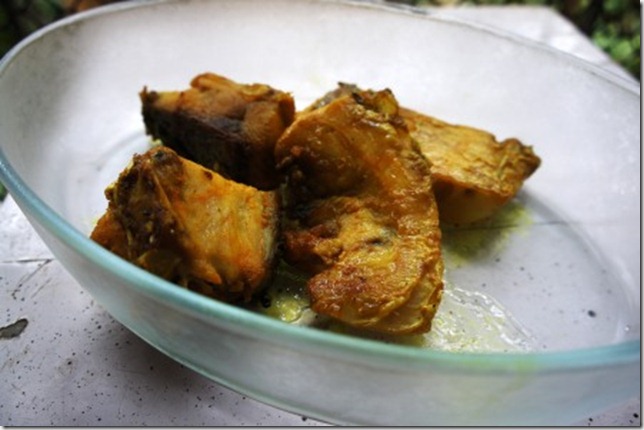 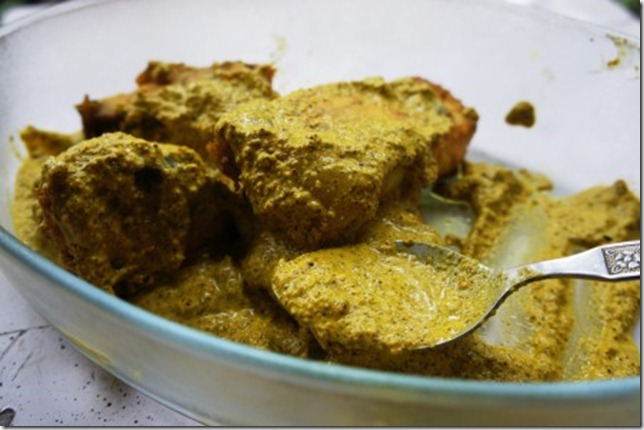 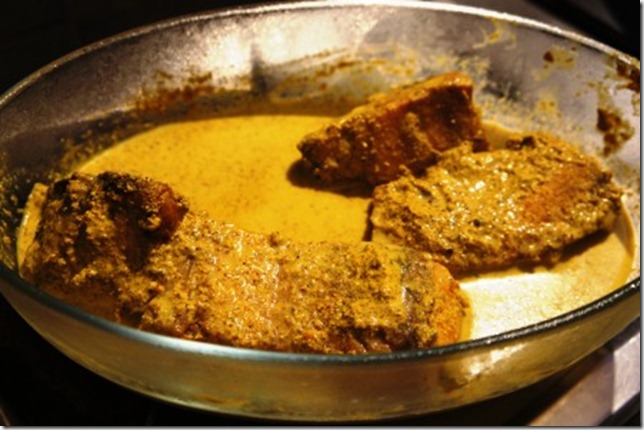 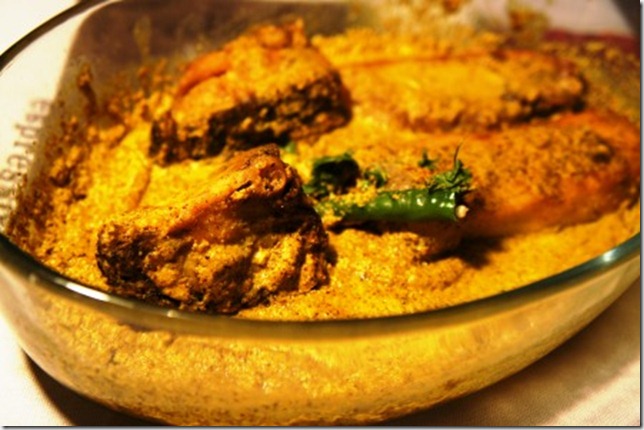 To give it a really authentic touch, add some mustard oil to the sauce before putting it in to the microwave.

The dish is best eaten with steamed rice. The mustard gives the dish a sharp punch while the sleep inducing poppy seeds balance it out leaving behind a pretty heady taste experience. 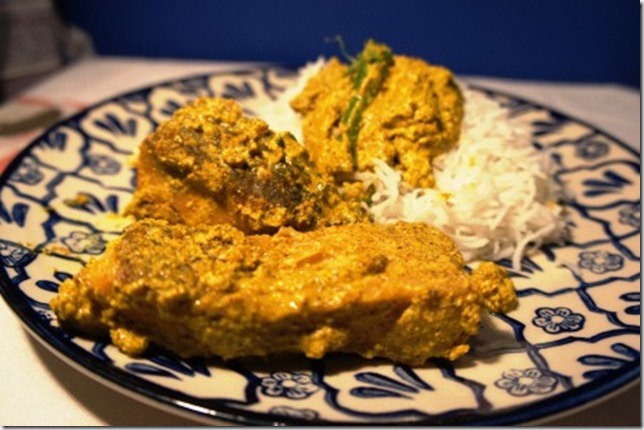 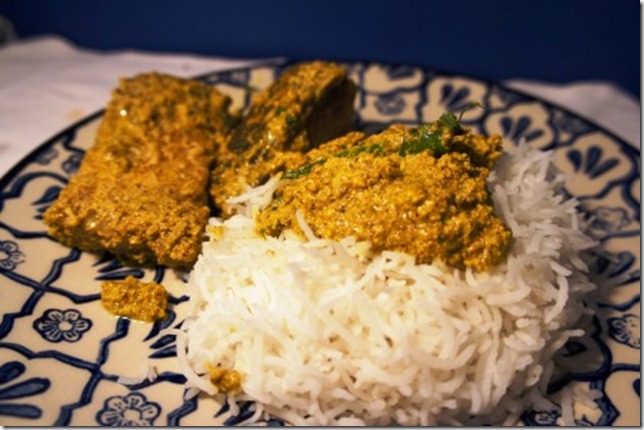 You could substitute the fish with chicken, potatoes or other vegetables too if you are a Bengali man who can only take fish up to a point.

And of course all South Indians aren’t Madrasi who only eat idlis and dosas.

Ushnish Ghosh said…
Dear Kalyan
Very nice write up and photography. As I was with you virtually on a real time basis during the process, no comment on the recipe except that it is superb.
Regarding Rui katla jhol or preparation every day...it is or was a staple diet for bongs and was a given situation like rice dal and fish curry. Our southern friends eat sambar every day, for me Sambar is a special dish. So we dont get bored with the staple diet. The meal as a whole may be boring but not the dish! The second fish dish is a specialty when served with rui jhol, or a Sunday mandatory lunch with meat curry. This is just a relief from the boring staple diet.
Regarding meat ( mutton); during my last visit to Calcutta and to Odissa , I was delighted to see that the 2 legged animal (I mean chicken, not us)is still looked down upon by people of my generation and chicken has not made much leg-way even in villages of Odisa and among the young..fish and mutton still rule.
Of course I have developed taste for chicken tikkas, tanduris thanks to the gulp of whiskey that precedes and follows the chunk..
Some Rui variations are there at my blog, you may like it.
Have a nice day
Ghosh Kaku
9 August 2011 at 09:56

Pinku said…
Got to this post just in time...

the fish is already in the fridge and i was wondering what i would like to do with it.

Anonymous said…
Lovely pics, looking forward to hearing about that meal that Soumik was so estatic about on Facebook!
11 August 2011 at 15:58

Love reading your comments. It was great chatting with you while I was thinking up this recipe. I loved the part where you would agree to chicken after gulps of whiskey :)

@Pinku so how did project rui go?

@Debjani... started writing a couple of times but still a way to go...the Bohri Mohall trips have that effect. they demand weekend writing... they knock you off till then

Rui Shorshe Posto and even Rui Posto is pretty popular in parties around here, but never did a MW version.
Looks gorgeous
12 August 2011 at 19:02

Kalyan Karmakar said…
I guess that's because shorshe is so intrinsically bangla Sandeep and rui is more easily available. Glad you liked the pics
14 August 2011 at 02:43