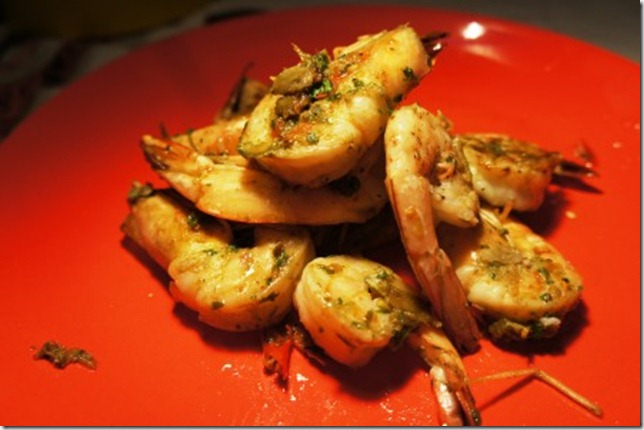 “I bought some prawns from the market for you today. How would you like them? Prawn Malai curry? Mom’s tomato curry? Something Chinese? In a Thai curry? In cheese cream”

“I want them fried” 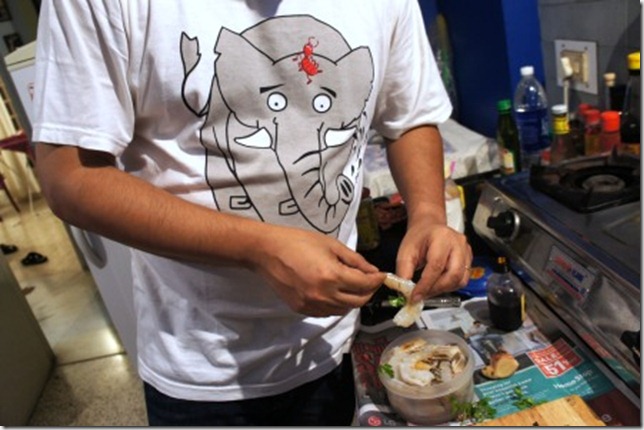 I went to the Khar Fish Market on Saturday. Booked a large caatla with Poonam before going there.

Spotted a huge Sardarji with all the fisher women around him. On asking found out he was Harpal. He apparently runs a catering agency at Khar Danda called, er, ‘Harpal’. And he caters to film ‘heroes’ I was told. Even our Poonam was there with him with a bag full of prawns.  I later found out from readers that Mr Harpal runs a very popular catering service and apparently owns the Mini Punjab restaurant at Bandra.

Going on to my left was Fashion Week Khar Fish Market with a few ladies more intent on comparing bangles than on selling fish.

It was wet, there was slush, but it was fun.

There was no Hilsa though in the market though. I picked up the chirpy caatla, Bombay Duck for the in laws and pomfrets for both houses. Then some large white prawns  reminded me of K’s complaint that I don’t pick prawns from the market.

So Poonam and co washed and deveined the prawns and I headed home. 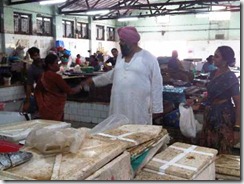 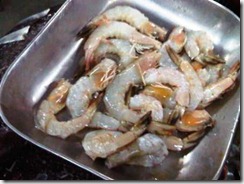 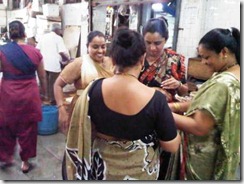 I had plans for the prawns. A simple fry didn’t feature in any of them! Till I spoke to K.

Still if that’s what she wanted then fried it would be. Which sort of made sense because I have often said that Indian preparations, specially those of the West Coast, over cook sea-food beyond recognition. There could be merit in a light fry after all.

I stepped over to the Mumbai Tweet Up at 5 Spice next door. I wanted to meet @surekhapillai, with whom I had been exchanging tweet nothings on food for a while. As a bonus got to meet God, AKA @anaggh on twitter. I’d been planning to meet this local twitter legend plus food lover for a while. Our stars finally crossed last evening. Surekha introduced me to @sachinkalbag, who has done an excellent job with the Mid Day, and loves food. Turned out we had similar points of view on Highway Gomantak, Jai Hind and Gajalee to start with.

It was a who’s who of tweeps out there. I met @kiranmanral whose ‘brat has now become the ‘son’. @twilightfairy groovy wedding photographer from Delhi. Ad man @bhatnaturally, whom I met years back on work when I was a rookie market researcher, something he didn’t make me feel conscious of though he was a business head even then. A fellow Bong, @additiyom, who was just back from a Bijoli Grill lunch.

And good old @netra who organised the do, our friend @sudhakanago,  mutton wizard @imayavi, the bubbly @ghaatidancer, @suddentwilight, a fellow Bengali who get excited with my prawn buying story, @aneebanee who is apparently pained by my food tweets when she is hungry and the always full of beans @TalkorTweets.

One person who left an impression is @soulucky with his tales of  a dish called ‘kachu’ - raw lamb kept with green garlic overnight - eaten the next day with toddy infused puris. All of this in  Gujarat which is the only Indian state under prohibition. And a state whom you associate with vegetarian fanatics. Show. how much we know about our own country as @surekhapillai pointed out.

Here's @netra's fb album with pics from the tweetup.

As I headed back with some bread, the plan for prawns were made. Well I won’t keep you from the recipe any longer so here goes and no, it is nothing like Highway Gomantak.

As K would appreciate, let the creative decide. 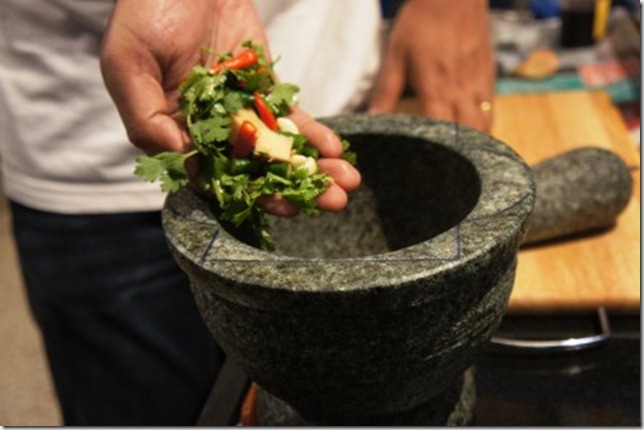 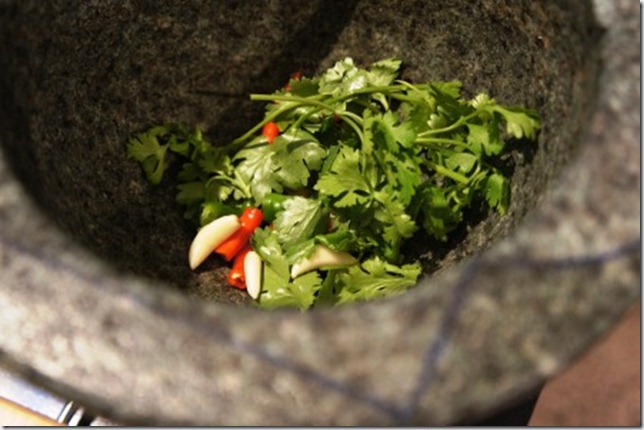 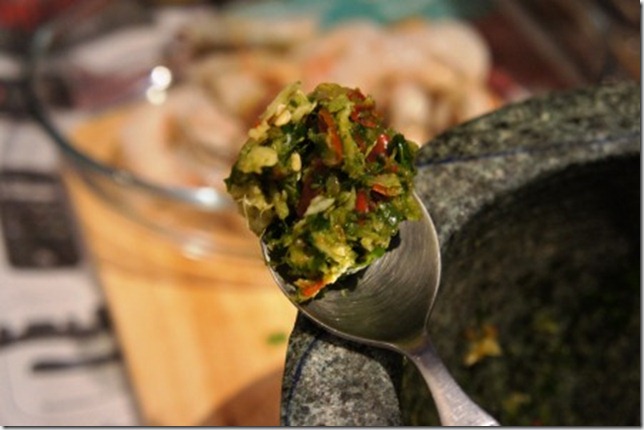 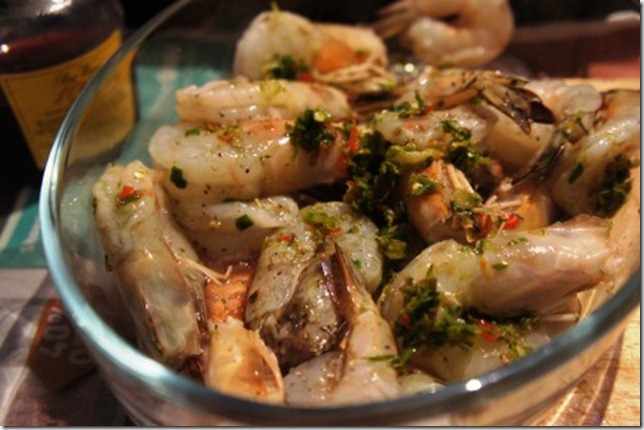 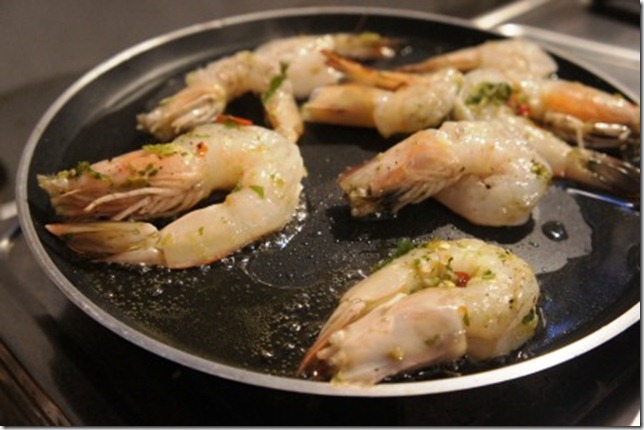 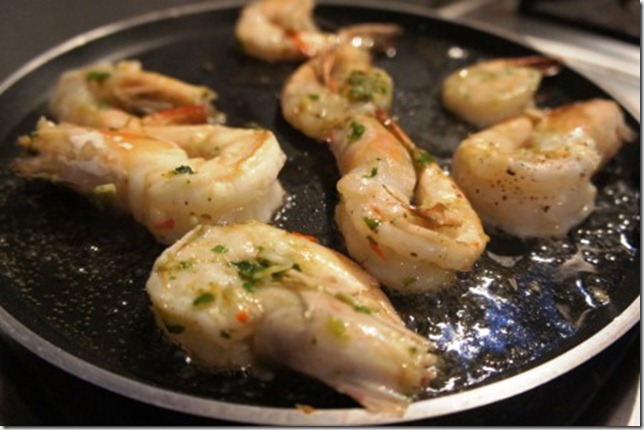 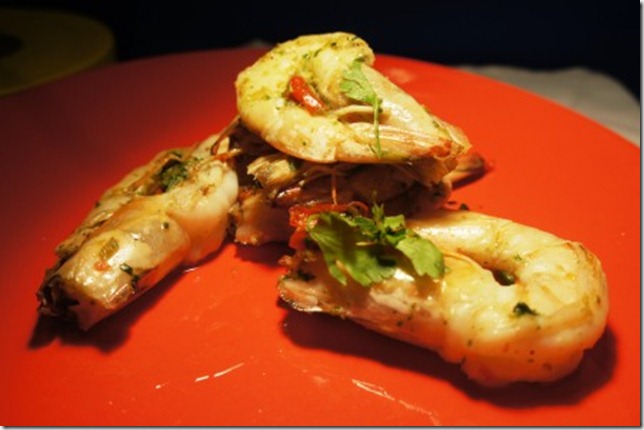 We had this with bread. And K approved of the dish.
Talking of twitter, some of us Mumbai food bloggers featured in The Week cover on Food after @Rushinamg arranged for the interview. Here are some grabs 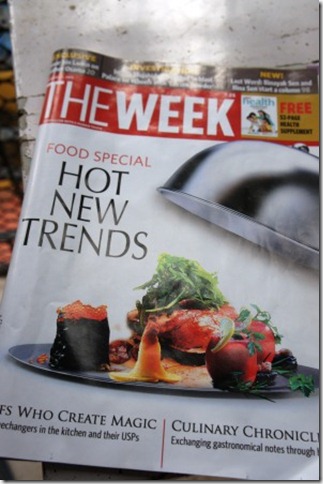 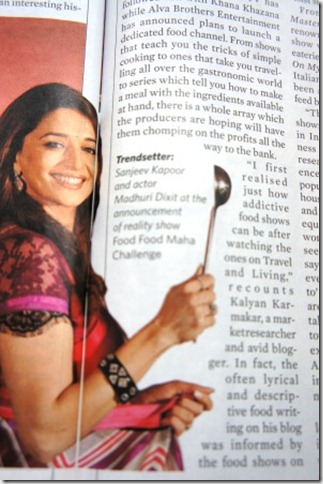 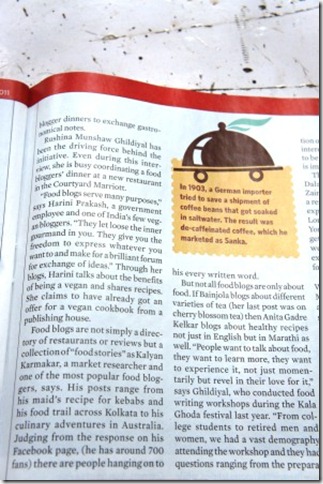 And here's a grab of Rushina's blog post on the blogger's potluck which came in the DNA today. The pic was taken by food blogger @NikhilMerchant 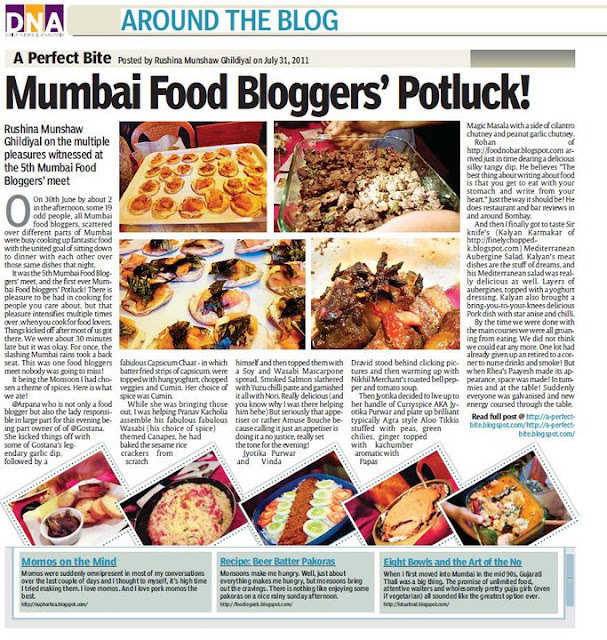 Ushnish Ghosh said…
Dear Kalyan
Now you are talking...I am going to get prawns soon to make this dish...very nice presentation..even the elephant is also amazed ( me too ) at your skill.
Your recipes are incomplete without the preamble ...great !
Have a great week ahead ..5 days of holidays after 2 days of hectic work ..
Bhalo theko
7 August 2011 at 22:14

Priyanka said…
I like your stone pounder! Recepie looks delicious as always!!
7 August 2011 at 23:54

It was great to chat with you the other afternoon. I look forward to your comments as they are so warm, encouraging and full of suggestions. Thank you

Thanks Priyanku. Am really proud of the mortar and pestle