The Grilled Life …. Chicken in an Asian inspired chilli marinate 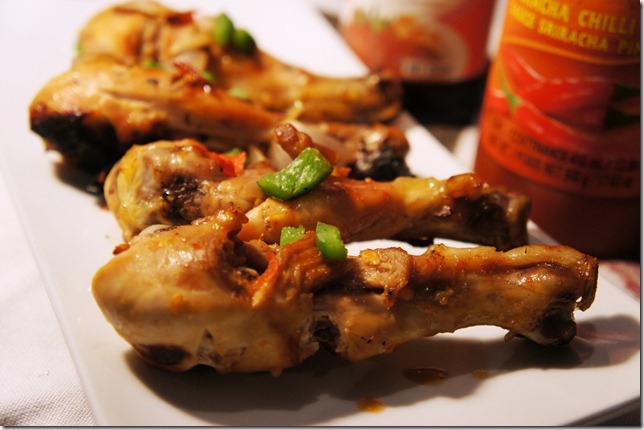 I have had loads of fun with our new OTG. So far I have just grilled in it. And toasted. I am yet to break my mental block and bake though many of you have been kind enough to send me some easy recipes for breads and cakes. But there’s no stopping me when it comes to grilling.

Take this dish for example. I had a bad bad cold the other day. The sort where your shoulders and chest ache when you sneeze. We went to Dr Miranda who sent me home with some lovely praline chocolates that her son had made. Meeting Dr M usually makes me feel better.

Came home. Realised that I needed something nice to eat. I took out some chicken drumsticks from the fridge. Thawed them in the micro and made this Asian styled grill.

The recipe doesn’t matter. The ingredients don’t matter. Nor do the proportions or the measurements. The idea of writing this post is just to show how quick and easy it was. I’ll try to put down what I did and you will do the recipe injustice if you don’t take your own creative leaps. 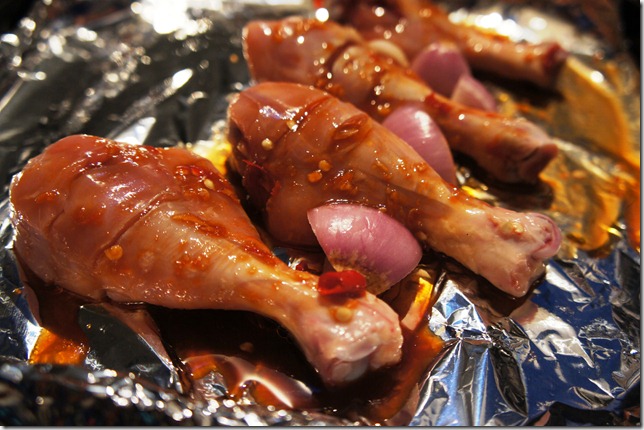 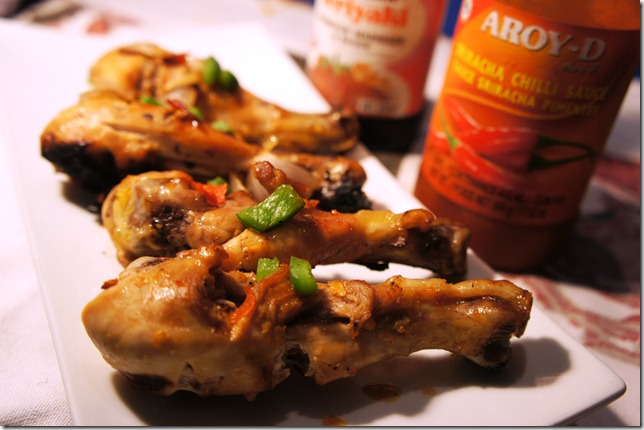 I had it with a Mama’s Tom Yum noodles. The only noodles premix that I really like. Bangkok, KL, Singapore, Calcutta, Melbourne, Sydney … I would stock these wherever I went. Thankfully found them at the Palladium at Lower Parel recently. 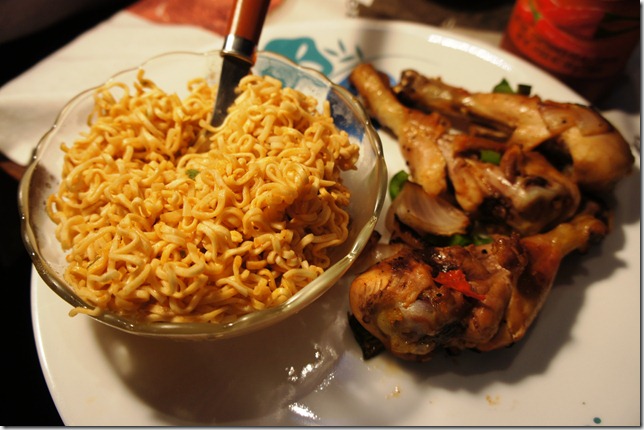 Now off to put in some treadmill time before a dinner of butter pepper garlic squids tossed in port with some goat cheese and wurst that @Rao_v sent from Amsterdam on the side and Candies bread rolls. Sounds good? Perhaps some single malt with it and Chef Lenny’s home made liquor to end it.

Trishnanta said…
Beautiful post. Inspired to try it. More so because it looks so easy peasy and quick. :D

Miri said…
Welcome to the club of oven lovers- I love that I can turn put a meal without standing in the kitchen for hours! I was surprised you didnt get one earlier.
This recipe is one of my favorites- as many versions as there are marinade ingredients. I love adding golden syrup or honey for a lovely caramelized texture. Buttermilk in a ziploc bag gives an amazing flavor too- it's on my blog.
22 August 2011 at 07:13