From what I understand, Shravan is a period in the Hindu calendar where certain folks such as North Indians, Maharashtrians and so on abstain from non vegetarian food and alcohol. A bit like the Lent fast of Christians. Some say that the Maharshtrian belief is also environment sensitive as this is when fish spawn. The people of the sea coast knew better than to disturb the fish that laid the golden eggs. Coincidentally this year the Muslim festival of Ramzan, when folks fast till sunset, coincides with the Hindu period abstinence.

All of which makes me happy to be a Bengali. A member of a  community which doesn’t seem to believe in fasting or abstinence for religious or any other reasons. The odd fast while growing up during Durga Puja’s Ashthomi and Saraswati Puja would be till the Puja (prayer) was done which normally was before lunch.

So for us Bengalis life continues through Shravan, Lent and Ramzan. 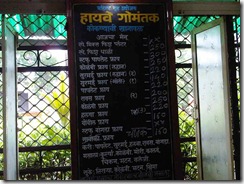 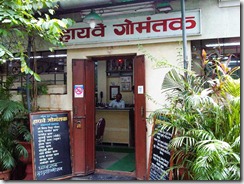 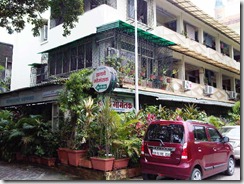 Which is why it made perfect sense for me to stop at Highway Gomantak on the Bandra E Highway as I headed to town today.

We had eaten at this simple eatery more than a decade back. Wasn’t impressed then. Since then the world and their aunts were talking about Highway Gomantak. Along with the very avoidable Bade Miya, it became the most written about no frills place at Mumbai.

Highway Gomantak is really popular. I’d stopped there a couple of times recently but had to leave as people queued up to eat here. They seemed to have a good thing going. And were located at no man’s land with little competition around. You needed patience to get a table here.

I got lucky today. With Shravan on, Maharashtrians stayed away from this Mahrashtrian coastal restaurant and its forbidden temporal sins of meat and fish. I actually managed to get in  even got to choose a table and got the whole table to myself.

Unbelievable at other times.

I scanned through the menu and then decided to get up and go enthusiastically to the elderly owner sitting at the counter. The gentleman was surrounded by newspaper and magazine clippings on his restaurant. At Highway Gomantak they are comfortable with their fame. 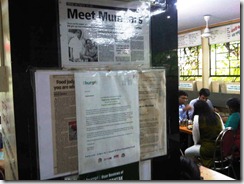 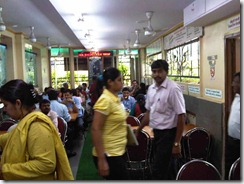 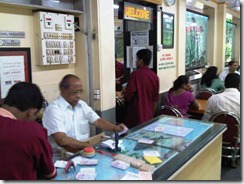 The Knife: “Uncle what is the best dish here? What can I order”
The owner : “Nothing ‘best’, they are all the same”
The Knife: “but what is special here? Different from other Gomantak restaurants. I have heard a lot of got things about your restaurant?”
The owner: “Nothing is special. It is all sada (plain) home cooked stuff”

He didn’t even look up and I headed back to my table.

Then the Gods were kind on this noble Bengali. I looked back. There were two Bengali gentlemen at the table behind me as I could make out from their conversation. It seemed like we Bengalis had all finally surfaced with the Maharashtrians tied down by Shravan.

A quick consultation with them and Babu Patil, the waiter, and I placed my order. 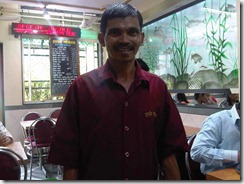 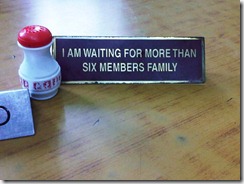 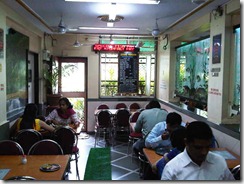 First on were fride prawns which were spectacular and lived up to the urban legend of Highway Gomantak.

Plump, juicy, giggly, hardly any batter to interfere with one of the best crustacean dishes in the world. K later told me that this was a speciality here. One of my best Gomantak taste experiences at Mumbai and at absolute terms too.

Inspired I wanted to try gaboli or fish egg fry but Babu Patil explained that the season was yet to start. 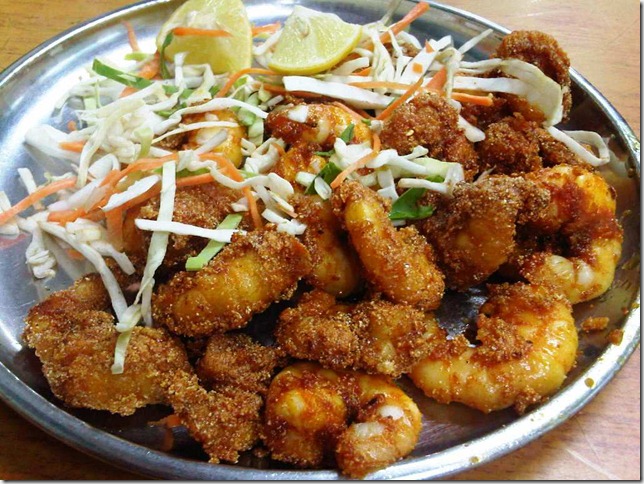 Well, if the prawn fry was celestial, then the surmai  thali (kingfish set meal) recommended by the Bong gentleman and our waiter was more ho-hum.

The mellow fish curry was yellowed with turmeric. It was flavoured with grated coconut and tamarind, which Babu Patil, our waiter, said was critical to the curry. It had an interesting slightly tart taste but did not carry enough punch to make it flavourful enough for my Bengali palate. The thing is we Bengalis need to eat fish with rice. The rough chewy rice served here overpowered the curry. I ate the rotis that came with the thali with the prawns.

How was the fish. The surmai or kingfish?

I have no idea.

This would be a good dish to try if the taste of fish turns you off. For the surmai at Highway Gomantak was boiled till it lost all of its identity and taste. The piece of fish might as well as not have been in the curry. 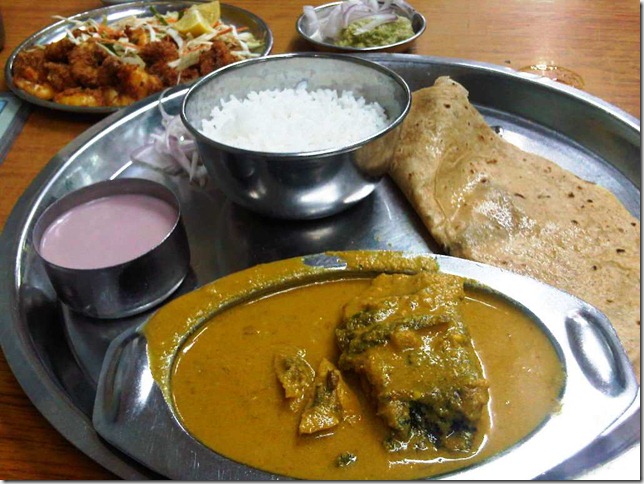 Folks on twitter later said I should have gone for the mussel fry or the Bombay duck fry. Curries don’t seem to be the strong point here. And as someone philosophised on twitter, Maharashtrian fish curries are often eaten with rotis and therefore the lack of flavour and pungency might work unlike when you eat it with rice the Bengali way.

The best part of the thali or the meal for me were the sol kadi or digestive drink and the rotis which isn’t saying much.

Call me a biased Bengali if you want but Gomantak or Malvani restaurant fish curries just don’t work for me. The fact remains that there were more than enough satisfied eaters around me. But come on, no one likes ‘everything’. Unless they anchor food shows on TV.

The meal cost me about Rs 400 (10 USD) with tips. The sort of cost which challenges my notions of what makes an inexpensive meal in Mumbai now. Inflation is biting hard.

My original plan today was to stop at Ideal Corner for lunch. Next time I won’t have to choose. When it comes to choosing between a Parsi dhansak and a Gomantak fish curry my opinion is now quite clear.

Not that they will entertain me at Highway Gomantak after Shravan in any case. 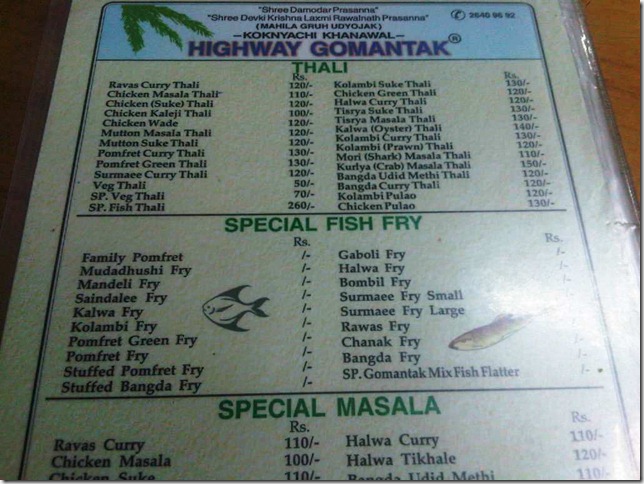 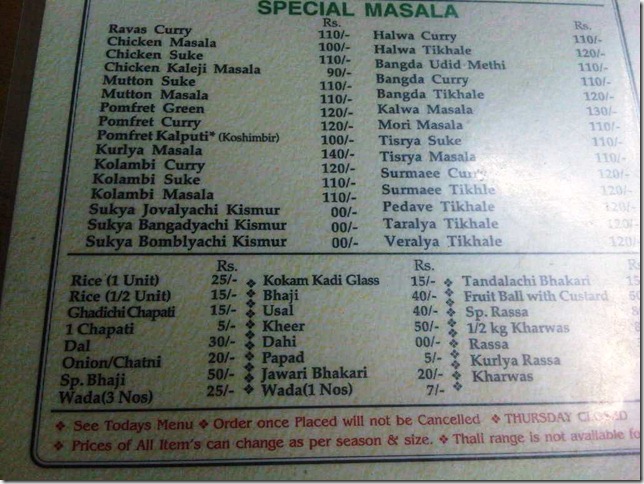 dhunji Dhunji S. Wadia
@Finelychopped i think salad.... it's like a side dish. but it's not with leafy vegetables. it's very unique and only at highway gomantak

Gobri Soumya Gautam
@Finelychopped Next time you are there, please do try their bombil fry and mussels fry. If you did not already, that is.
8 hours ago Favorite Retweet Reply

butsandifs shamim chowdhury
@Finelychopped agree. Fish over fried and over cooked with emphasis on curry kills the fishiness

Kalyan Karmakar said…
ah finally a comment on the post...I was beginning to think that perhaps you are not supposed to comment on seafood in Shravan!

@Healthyfeasts we used to by Sayba regulars when we first went to HG. Couldn't figure out what the fuss was about
5 August 2011 at 12:46