The colours of Bandra’s Pali Market… Lallu & Brothers & their veggies

I had my camera last evening as I had gone to check out Bong Bong (more on that later) the new roll shop at Bandra’s Pali Naka. My home for close to a decade now.

I was ambling around. Had time on my hand. I had come out to get my phone fixed. It’s alarm had stopped ringing and then even the ringer stopped ringing when people called me. It was almost as if my BB had classified me as a lazy recluse. Thankfully three hundred Rupees at the enterprising Decent Collections and I got my phone fixed.

As I headed home I suddenly thought of photographing a bit of Pali Market which is in the lane next to ours. Pali Market is my treasure trove which allows me to have my own island at Bandra. I get everything at arm’s reach which makes those ‘what will we find if we open your fridge’ questions so redundant.

If you live near Pali Market then you don’t need to ‘stock’ anything.

I clicked away as I walked by the familiar lanes. Starting with the shop where we buy flowers at Pali Naka. Run by Bengali boys who always give me a bit of a discount. Ending with Mark’s Cold Storage and the ever smiling Mrs Nancy D’Sousa who loves to chat and is always happy to dish out a few recipes. 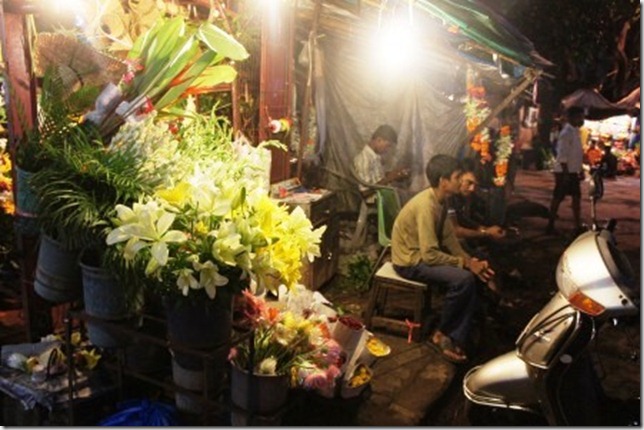 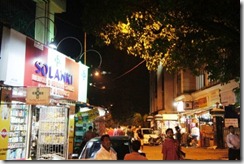 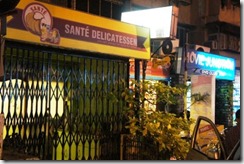 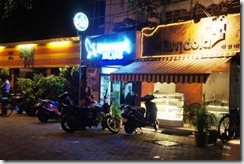 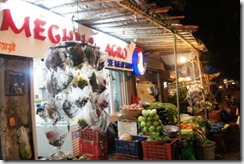 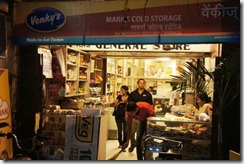 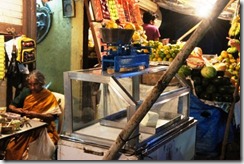 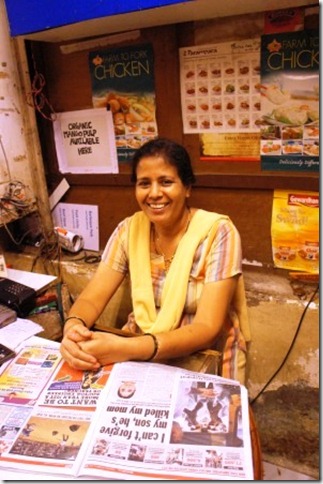 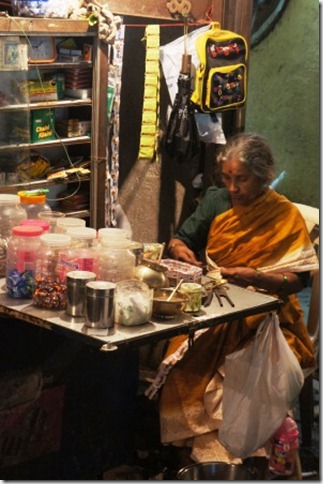 I stopped to shoot at Lallu’s the vegetable shop.

I am always out of depth and perplexed here. My sense of confidence in meat, fish or even cheese and dessert shops desert me at the vegetable market. I usually depend on the folks here to identify stuff for me and pick out the good stuff. They have never failed me. Both Lallu's and the fruit shop beside return things if they turn out to be bad. My secret? Well, like I said I put the onus of choosing stuff for me on their hands.

At Lallu’s I met the bubbly Mrs Chandra who lives next door and has been shopping here for 35 years. She vouched for the quality of Lallu’s even though the prices were high according to her. She was proud of the shop and happily posed as she bought vegetables and really got into the mood of things. She told the guys at Lallu’s, who know me as the man who buys a kilo of potatoes and occasionally 200 grams of vegetables or pouches of herbs, that these photos would come in the Times Of India.

I quietly broke it to them that this was for the internet to which Mrs C broke into a smile and said ‘oh I am not into this internet thing’ as we parted expressing our hopes to bump into each other again.

Coincidentally seems like she was born at Pakistan a few months before my mother was born at Dhaka and both ladies moves into Delhi when they were a few months old and India had just become independent.

I was awestruck when I looked through the camera screen at the vegetables and then the fruits at the next shop.

I suddenly saw the same richness of colours, vibrancy of textures, bursts of vitality that I saw Melbourne’s Footscray and Vic Markets.

Fruits and vegetables bore me. Leave me cold. To me they are the sort of stuff which you eat because people say they are good for you. Not something that excites my palate. It’s the sort of thing you would eat because your mom would ask you to eat up and not because you wanted to.

And yet they look so glorious through the camera lens.

How can something which seems so insipid and mundane look so breathtaking?

Is there a life lesson hidden somewhere? is there something deep and philosophical that I am missing? 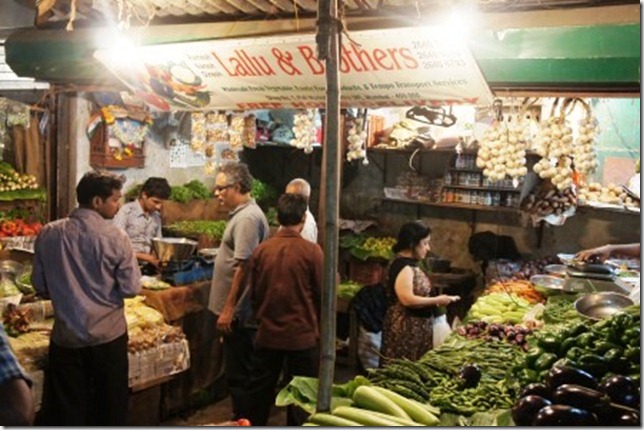 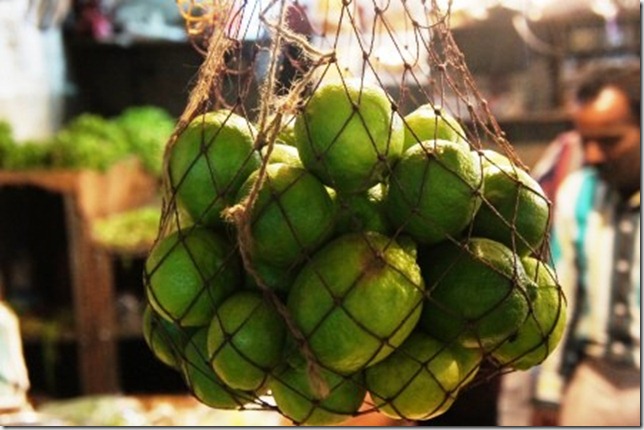 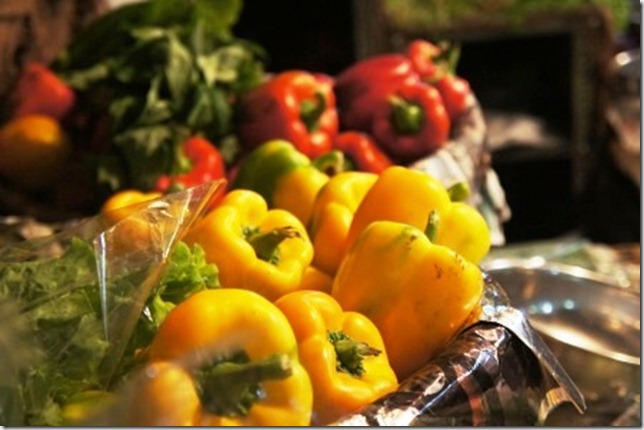 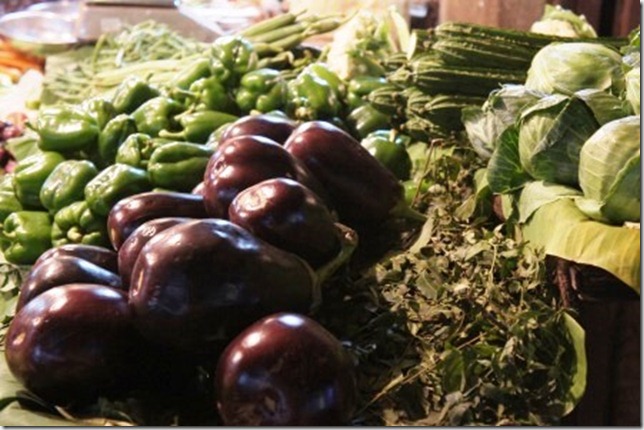 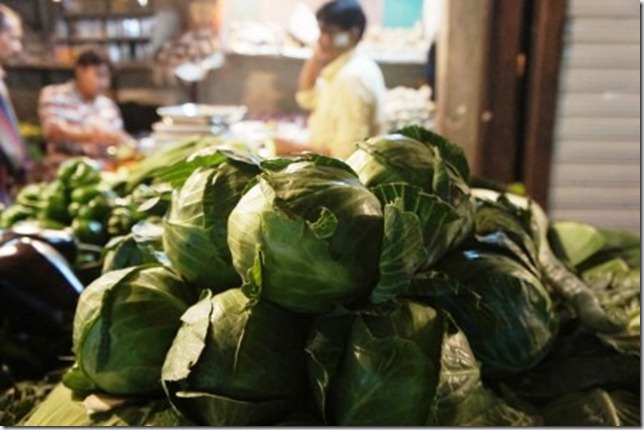 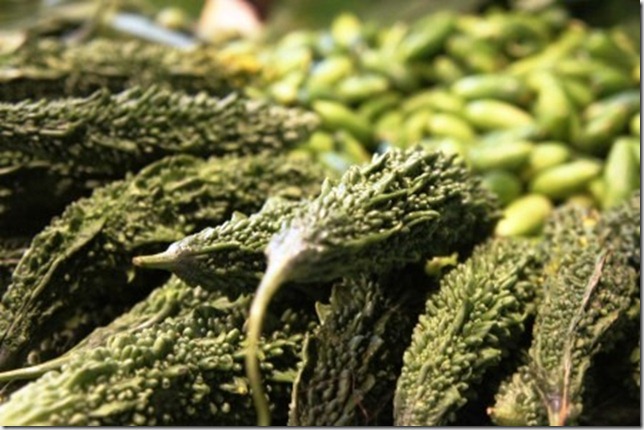 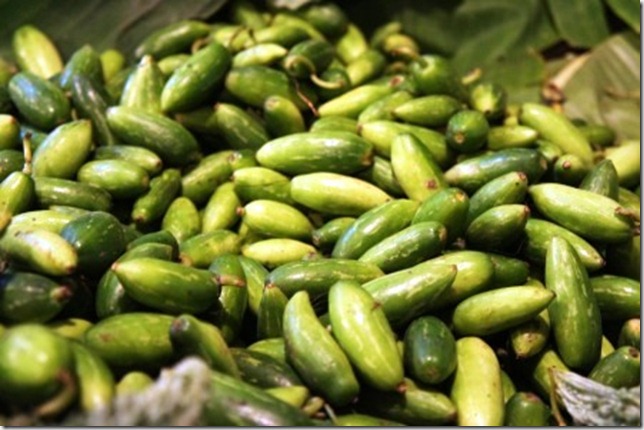 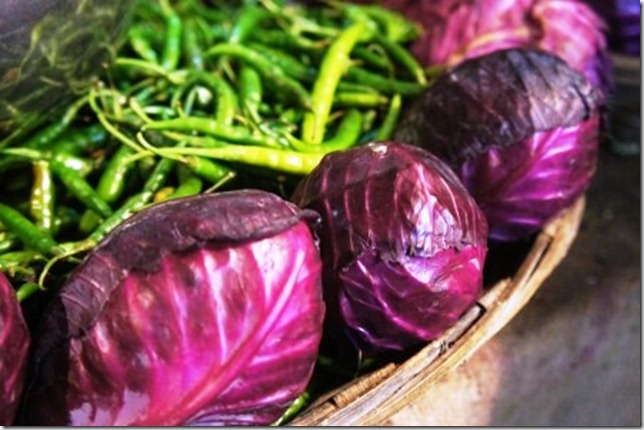 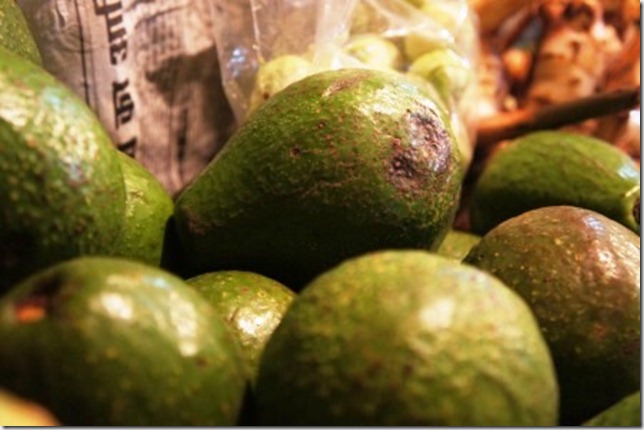 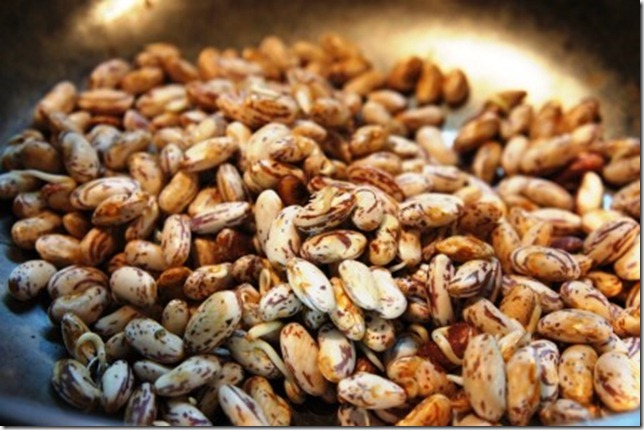 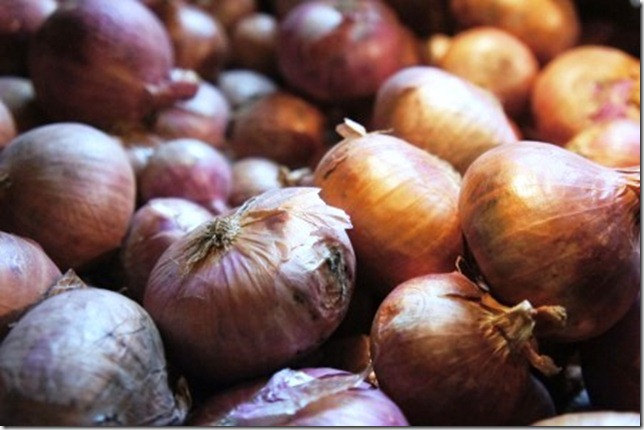 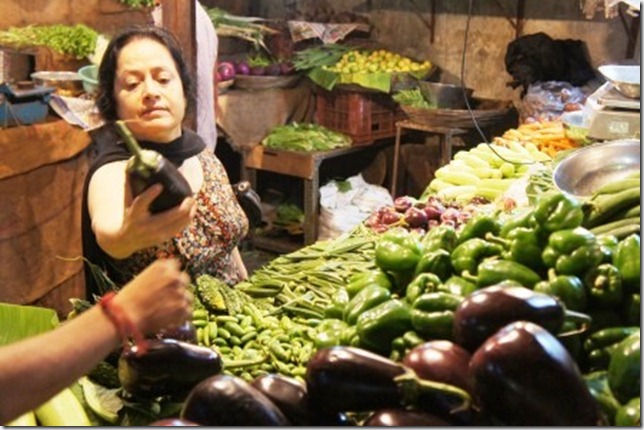 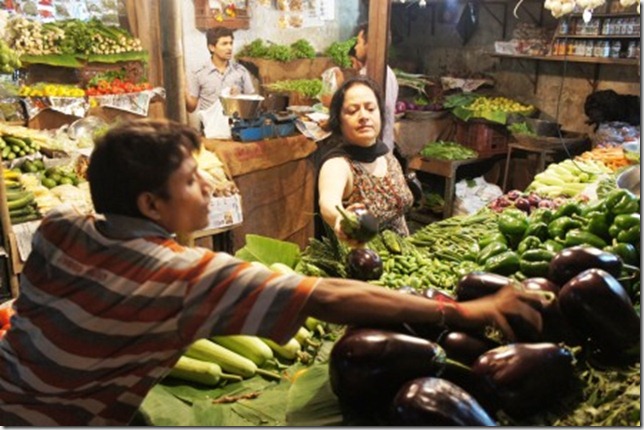 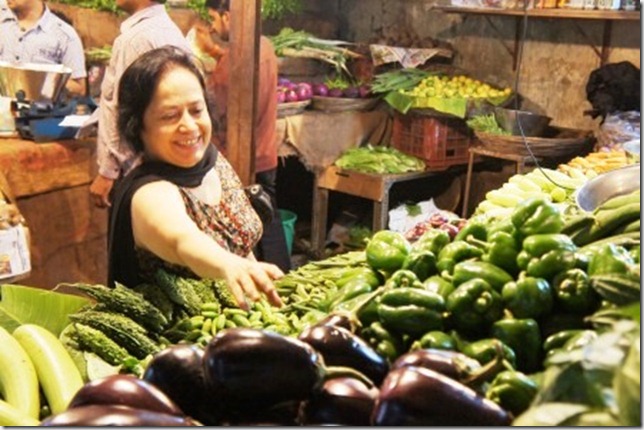 The fruit guy next door 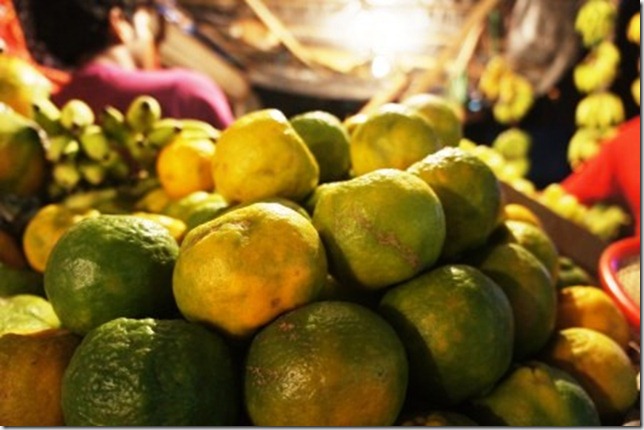 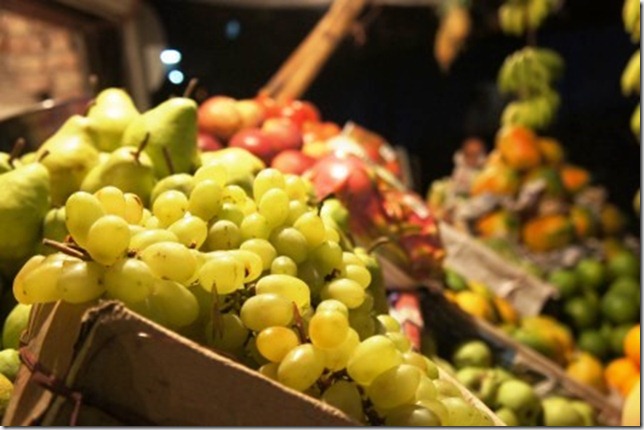 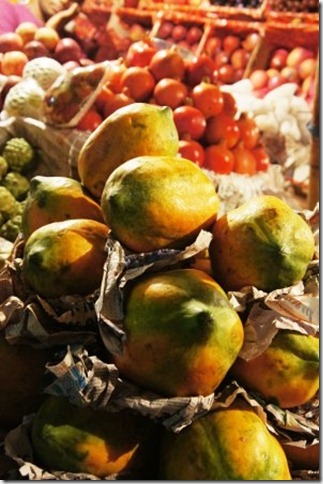 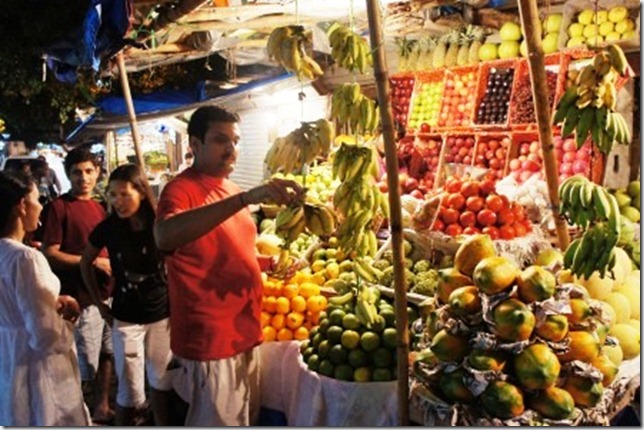 first up, love the recipes and have been surviving on the microwave dal when I need to whip something up quickly..

wanted to just make a suggestion about buying a lens for your camera.. the one I'm suggesting is a fixed focal length (35mm or 50mm) and a large aperture like f1.4 or f1.2 ..

will give you very high quality images in low light, since you do most of your photography indoors it might help!

Jitterplate said…
were you inspired by Purplefoodie's La Bouqueria post?

Scarlett said…
Are you alright? LOL...these pictures look amazing but YOU are photographic vegetables??? :D
22 September 2011 at 15:54

Kalyan Karmakar said…
@Scarlett...only after my tummy was gurgling happily with a mutton roll inside. and with fried onions. remember?
23 September 2011 at 01:03