I used to have an egg roll every evening after school with the money my mom would leave for it. There were roll guys just outside our building at Kolkata. 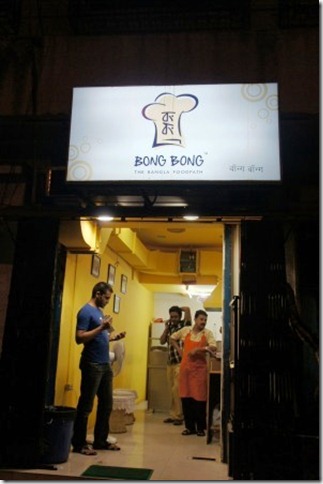 And now there is a roll shop in my ‘para’ or locality. Except this is at Mumbai. It is called Bong Bong. They serve just rolls now but will serve biryani, chops, cutlets even phuchkas when their chef lands on the 25th I am told.

Bong Bong is in the lane that connects the pub Toto’s Garage to Shiv Sagar at Bandra’s Pali Naka.

Of course this is not the first roll shop at Pali Naka. Way back in the early 2000s there was a shop called Chowringhee Square that opened where Papa Poncho is now. We were really excited then as I was still fresh off the boat and missed the street food of Kolkata. Chowringhee Square shut down after a year or so. Then a couple of years back Hangla opened at Bandra’s Linking Road.

Checking out the ‘latest’ eatery is not my thing. Specially if one has to travel for it. But this was different. Rolls. And a hop, skip and jump away from home.

So I dropped in at Bong bong last evening.

Met the roll maker, Mohammed Mumtaz Alam. Mumtaz, as he is known, told me that he earlier worked at Kolkata’s Hot Kati Rolls. My favourite roll shop at Kolkata’s Park Street. He has moved in here to work at Bong Bong. 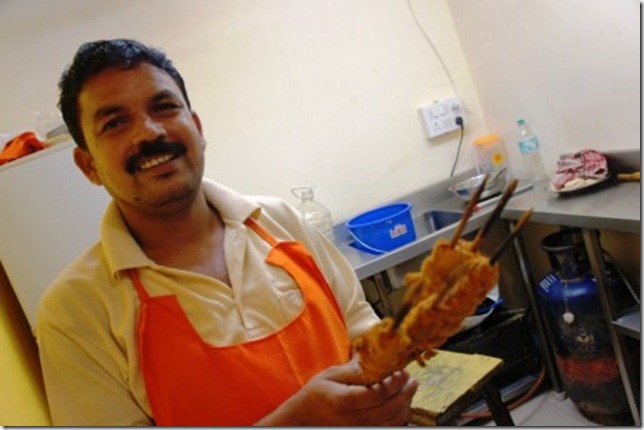 Mumtaz showed me the wooden skewers on which the kebabs are made for the rolls. The ‘kaathis’. Much better than iron ones according to Mumtaz.

He said that the meat, the more preferred chicken, or my favourite mutton, is first marinated in ground green chillies, ginger, garlic and, I assume, masalas and salt. There are then ‘half cooked’, to use his term, on a coal fire for about fifteen minutes or so. Care should be taken to ensure that the coal doesn’t stick to the meat.

At Bong Bong, given the slower off-take than the average Calcutta shop, they keep the half cooked kebabs in the fridge.

When someone orders a roll then Mumtaz stir fries the half cooked kebabs with onions and capsicum (green pepper) slices). 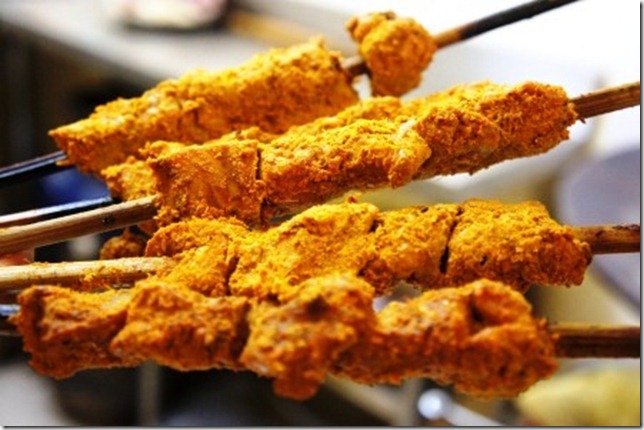 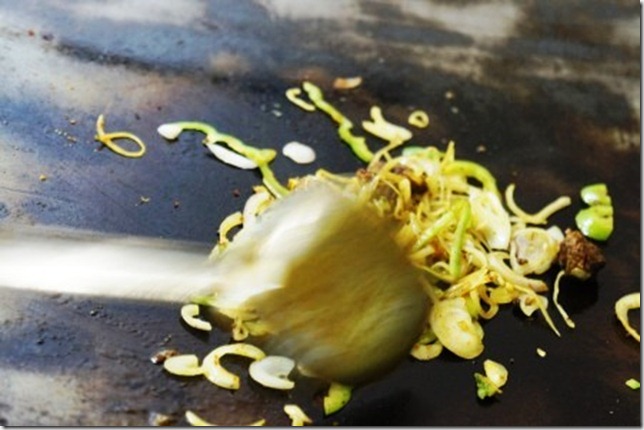 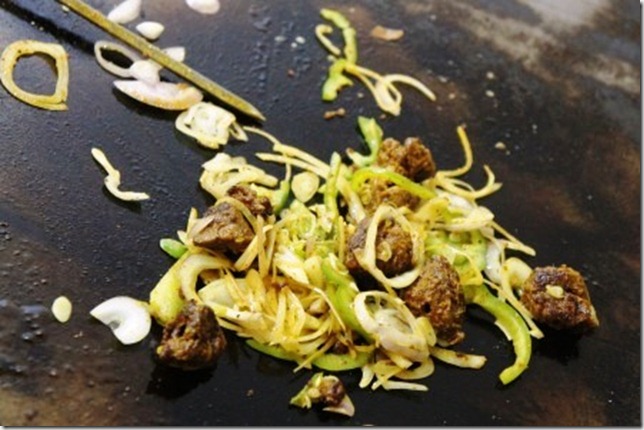 He then rolls out a paratha and fries it on the same flat iron girdle. 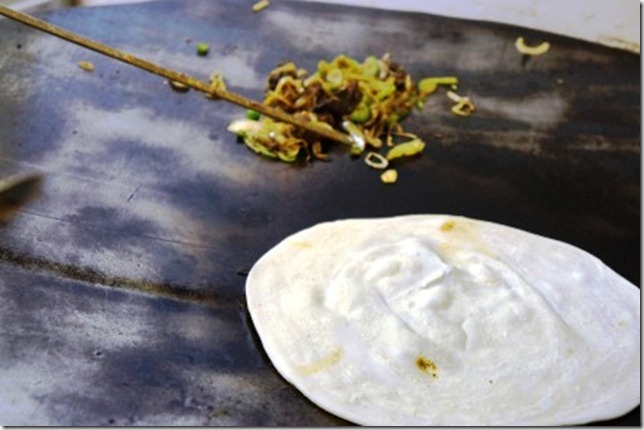 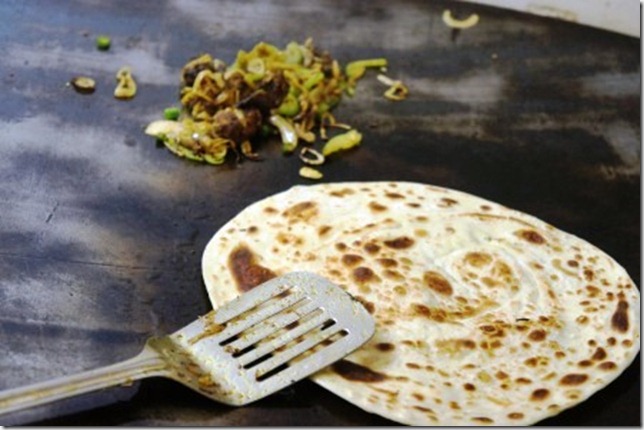 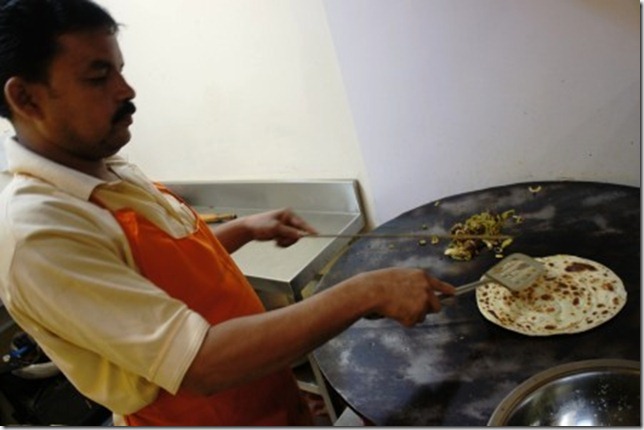 Once done, he assembles your roll or the wrap.

Unlike the Greek Souvlaki, Lebanese Shwarma or Turkish Doners, the rolls of Calcutta are rather light weight. No heavy vegetable or mayo dressing here. Just red and yellow sauces in the suburbs but not in the original Muslim roll shops of Kolkata. I prefer to have it with just fried onions, a squeeze of lime and chopped green chillies. No sauce. I don like eggs in them now. Had too many of those while growing up. 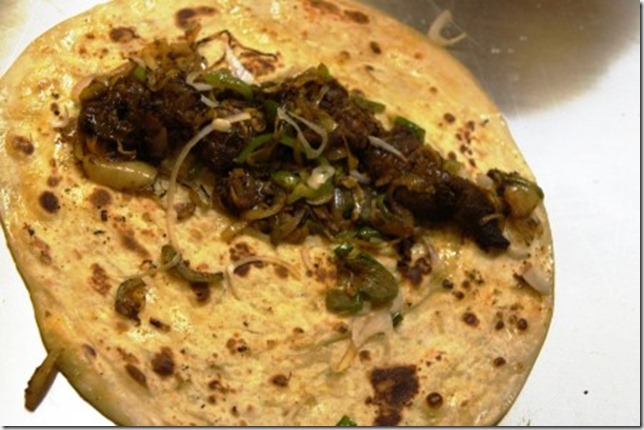 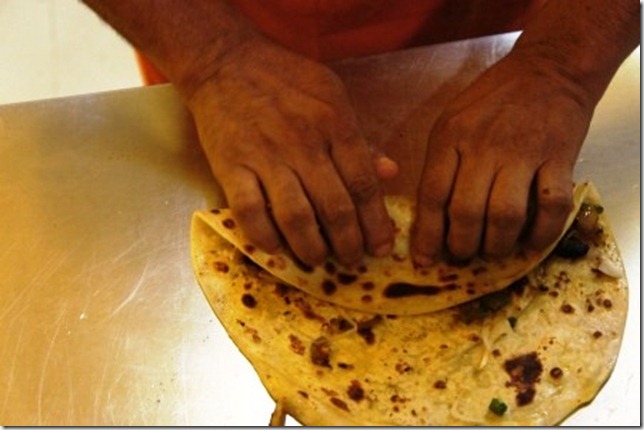 So how was the roll at Bong Bong?

I bit into the paratha at Nizam and, even though it was two decades back, I remember that it was a moment of epiphany. The thin well flavoured paratha was a revelation. Parathas in the Bengali roll shops in the Southern Suburbs of Kolkata used to be thick and dominated the taste experience.

The paratha at Nizams was demure and silken. Lovingly forming the base for the roll. Goading and urging the kebabs to the fore like the Rajput queens of yore who would bravely send their husbands off to war.

At Nizam’s the paratha existed to bring out the meat of the kebabs in their full glory and not to shroud them.

Mumtaz’s paratha at Bong Bong had the same ephemeral quality. 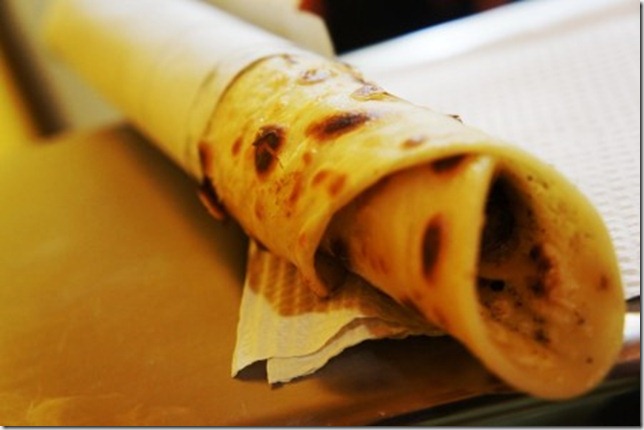 And the meat of the kebab?

I didn’t get much of the taste of the kebabs at Bong Bong. A hot Sirocco walloped my senses as I bit into the meat. the green chilli marinate was too intense and tropical. The heat overpowering. Numbed you as tears trickled down your eyes and formed rivulets pushing its way through the sweat of spice. I was sweating like a pig because of the heat of the masala.

The chilli overpowered the meat leaving your palate inert. Even the sweetness of caramelised onions was shoved away. 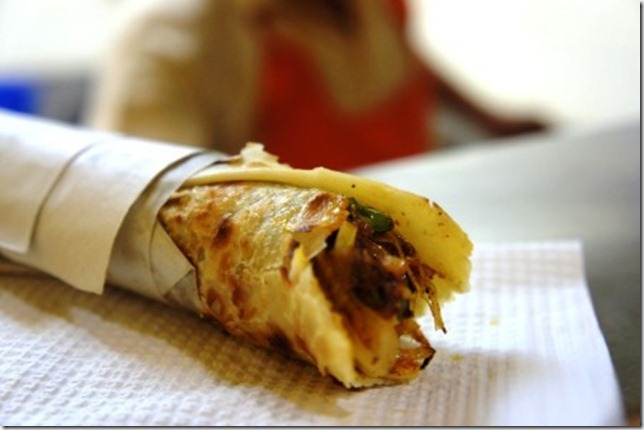 And no, this is not how rolls are supposed to be. Rolls have a certain rustic gravitas to them. The kebabs made on the street, earthy and yet leave you with a delicate sensorial experience. The kebabs in rolls are about subtle flavours which were lost in the heat blitz here.

I passed on my feedback to Mumtaz.

In my opinion probably needs the owners to be a bit more hands on at the beginning. Opening a food joint for us Bengalis, one of the most food obsessed races in the world, requires a lot of courage and commitment. That too at high street like Bandra.

As of now the rolls at Bong Bong are about ten Rupees more expensive than Hangla (three times as expensive as those at Kolkata) and do not match up in taste.

But something tells me that they will get their act right. At least I am willing them too.

After all, how can you feel at home till you have a roll shop in the hood?

And here are some pics of the Pali Naka area: 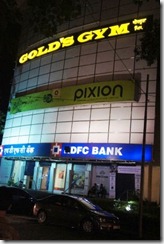 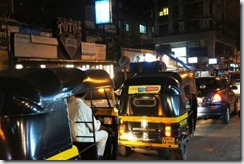 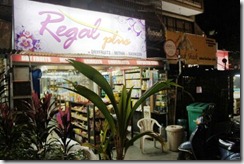 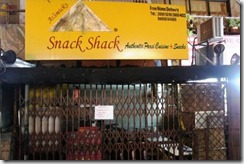 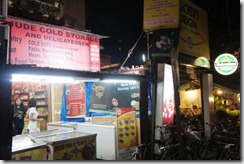 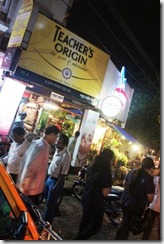 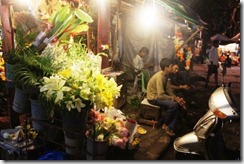 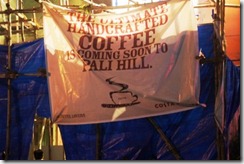 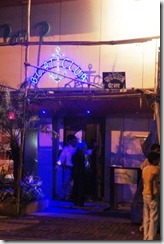 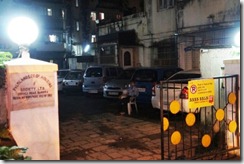 BongMom said…
"Goading and urging the kebabs to the fore like the Rajput queens of yore who would bravely send their husbands off to war" -- Roll er ei rokom description prothom, super like.

reema said…
As of now the rolls at Bong Bong are about ten Rupees more expensive than Hangla (three times as expensive as those at Kolkata) and do not match up in taste.

Scarlett said…
The parathas at Zeeshan are very thick. Completely overpower the meat. But I'll take them over anything else right now :(
23 September 2011 at 16:46

Jo said…
This is a far cry from the time all Bongs in Bombay were rejoicing because Oh Calcutta (and just Oh Calcutta) existed. Then came Chowringhee Square... Such excitement!
Now you have a proliferation, even a 'para'r roller dokan' and you complain?! Barabari hoye jachhe na? :P
Some hits, some misses, that's the rule of proliferation.
Of course, I'm jealous because most of this Bong-isation has happened after I left the city :(
23 September 2011 at 19:04

Kalyan Karmakar said…
@Scarlett: I used to pick rolls at Nizam on the way to the airport. tasted great for dinner at Mumbai. But that was emotional...guess we are talking of the same thing :)

@Bong Mom @ Jo ... had an egg chicken roll at Shiraz at Santoshpur this evening. It was spectacular that it makes the entire discussion meaningless.

@Shreya: thanks. The topic was inspiring

reema said…
oh! when i was in Loreto we would eat a lot of Rolls for lunch....lol.....then chicken roll would cost 12rs.this was years ago!

I try and read most of your "literary pieces" (they truly are for a foodie like me) and when ever i read the word Bengali in your literary pieces i feel that this great word sure includes the people whose mother tongue ain't Bengali but have been born and "raised"(these days some people have reservations about the word raised!
) in Kolkata. Good job mate!
24 September 2011 at 14:16

nowheregirl said…
using wooden skewers being better than iron ones doesn't really make any sense... the iron ones will retain the heat better, cooking the meat evenly from inside, no?
25 September 2011 at 23:44