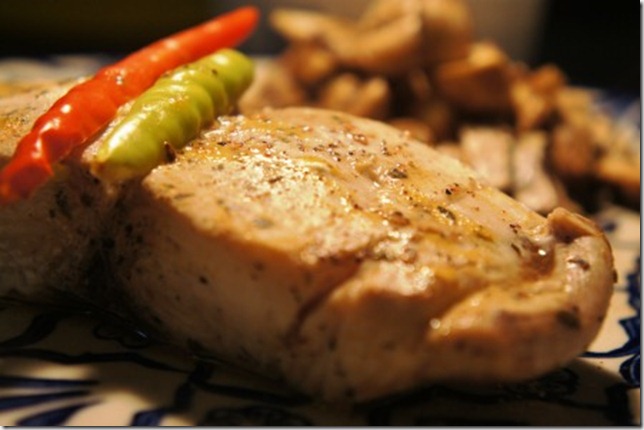 Going to the fish market makes me happy. Just as eating pork does.

I went to the Khar Fish Market on Saturday afternoon. I had booked a large caatla with Poonam. As I waited for her to cut and de-scale my fish I saw her carve out surmai or kingfish steaks for someone else. These looked interesting.

I’ve been using our OTG to grill meats quite a bit ever since we bought it.

Coming back from work, marinating meat, going to the gym and walking on the treadmill to Nigella’s Kitchen on TV, coming back, switching on the grill, dinner. Life suddenly seemed so easy and tasty. I’d largely stuck to chicken and avoided red meats as an allowance to the health mafia. Never tried fish though. This seemed a good opportunity. So I picked up about 600 g Kingfish or Surmai which Poonam’s sister Sangeeta cut in to two boneless meaty steaks.

The original plan was to cook it in a tried and tested Peri Peri sauce and lime marinate. Then I opened the the fridge and saw a tube of wasabi that was there. For a moment I thought of using a wasabi, Teriyaki and ginger marinate.

I was confused and put up my dilemma on twitter and facebook. The unanimous verdict was for lime and peri peri. So The Social Network decided our dinner. Which is not as scary as it sounds. (scroll to the end for the chatter)

I wasn’t too sure of how long the fish should be cooked. So I called up Gia who, apart from being the ‘Goddess Baker’, is a genius cook too. Last week she’d made me some pork belly, pork chops and fried chicken which turned out to be Master Class in meat cooking for me. The texture, tenderness and spring in the meats she cooked that that day were nonpareil.

Gia asked me what fish I was going to cook and what their weight was and then gave her verdict.

“Fifteen minutes at 180 degree centigrade, no need to cover the dish. Turn once in between”.

I followed that. Worked beautifully.

To compliment the dish I grilled mushroom during the same time in the oven and made some couscous from a ready to make pack.

Dinner came together pretty nicely. The fish cooked perfectly and had browned despite not having any oil in it. The surface had a nice texture. The inside of the fish had cooked well but honestly surmai steaks are a bit too chunky and spinsterish for me. Worked better for K apparently. Still was happy to have got fish right in the first attempt at the grill thanks to Gia’s tips.

The grilled mushroom gave a nice lively bouncy contrast to the demure fish and the couscous a nice bed on which the dinner rested.

600 g of surmai cost me about Rs 250 (5 USD) with a bit of discount and we got two portions out of it which was a pretty good deal. And with no effort at all.

Here are the recipes: 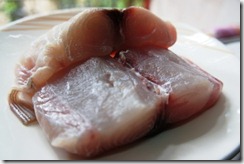 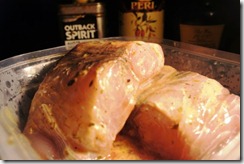 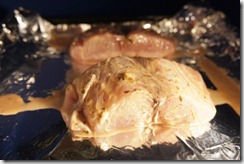 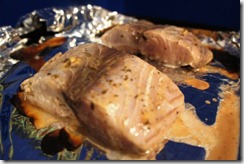 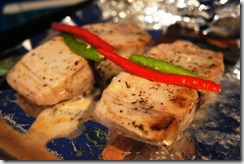 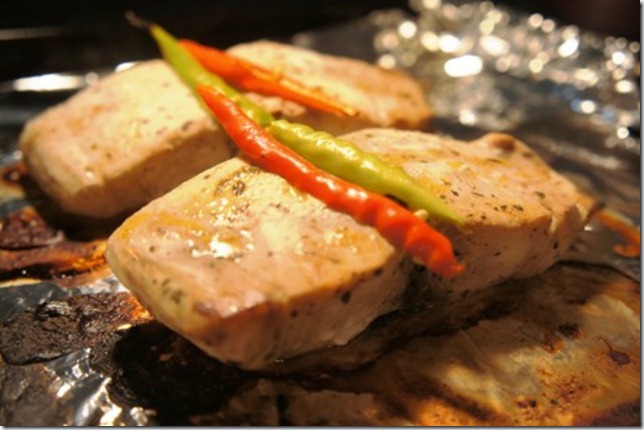 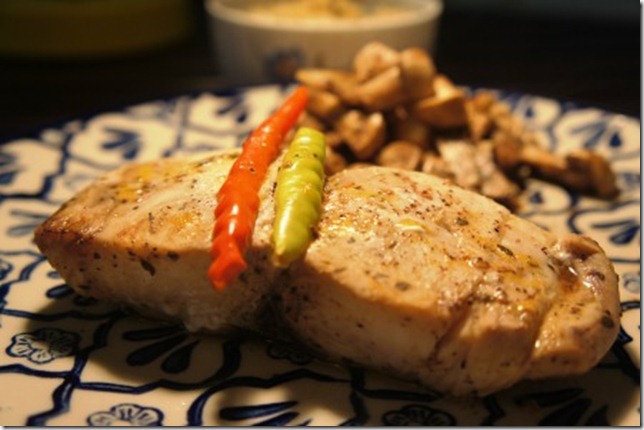 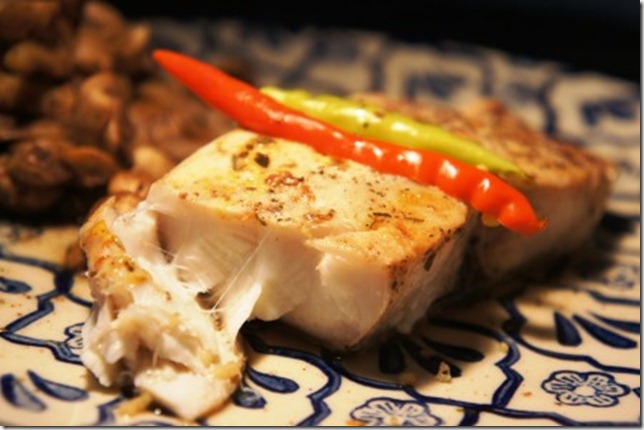 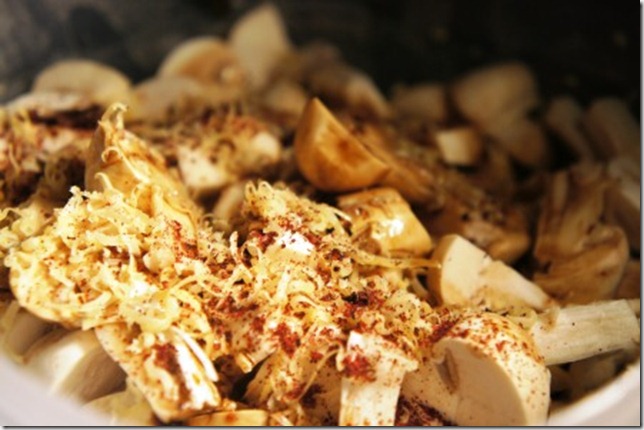 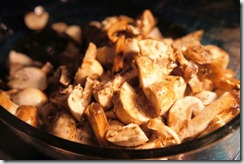 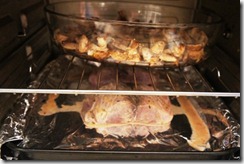 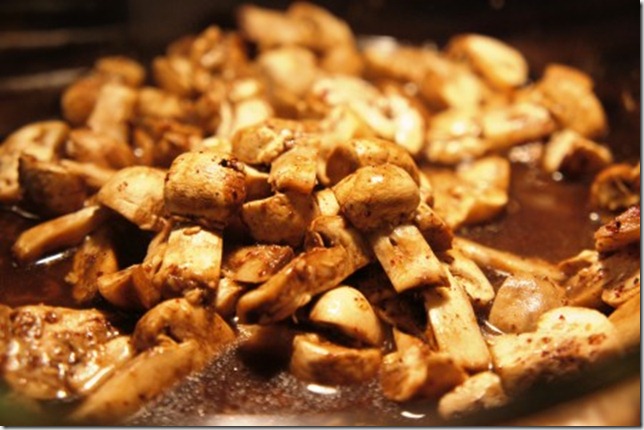 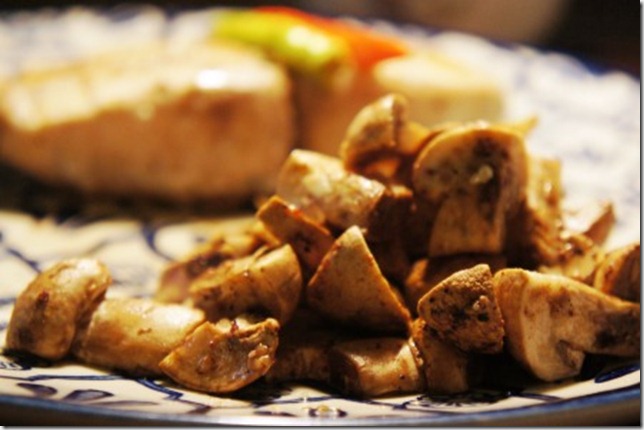 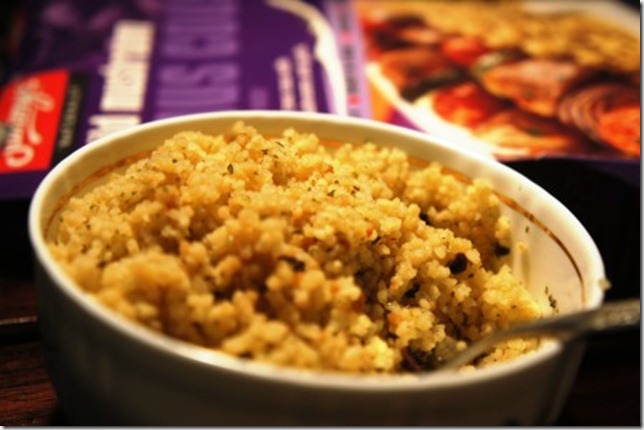 Well this was the simplest. Take couscous out from a packet. The one already had some flavours added in. Add 75 % the amount of couscous of hot water (heated for two minutes in a micro). Add a teaspoon of olive oil. Cover with a lid. Ready after a  few minutes. Ruffle it with a fork to fluff it up. I seasoned it a bit with the grilled mushroom juice.

A healthy option to rice or breads as carbs. 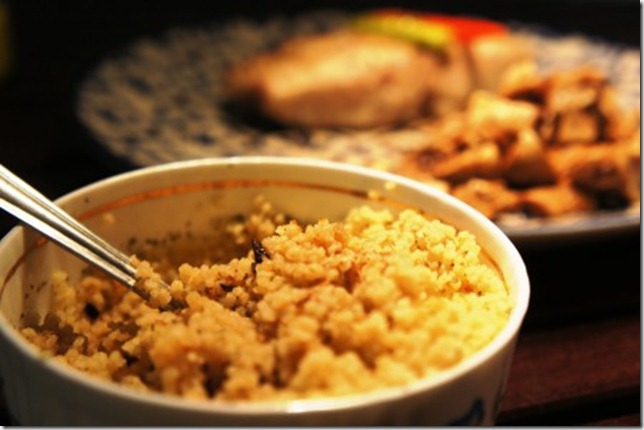 Shishir Baxi ‎2. no 1 may have too many conflicting lines of flavour

Finely Chopped ok everyone on twitter going for peri peri too. that was my plan till i saw tube of wasabi in fridge....will stick to plan

shizznastica p r a g a t i @Finelychopped option 2!

shizznastica p r a g a t i @Finelychopped as much as I love japanese, that's how much I loathe wasabi. I know, weird right?

Thanks to all those who answered. Made it a lot easier for me

Since you found the surmai understated, perhaps a stronger marinade next time? Or a piquant sauce to go on the side?

I also feel that surmai is a fish that needs a lot of added flavour. Rawas and snapper, on the other hand, are delicious even with the slightest of seasonings.
18 September 2011 at 12:42

Kalyan Karmakar said…
I think the piquant sauce on the side is a good idea Gia, Friend of mine from Oz gave me some chutneys when we met. I think poking wholes with a toothpick could see the flavours spread better
18 September 2011 at 23:36

Scarlett said…
I went to this place for dinner last night where we barbequed our own steaks! If you think about it, the restaurant was being lazy and getting people to cook their own food, even though that wasn't reflected in the price, but it was a good experience. I'd never barbequed a steak before!
20 September 2011 at 17:08

Kalyan Karmakar said…
@Scarlett: when I went to sydney then someone told me about this place at the Rocks, if I rememeber right, where you buy your own meats and then go and grill. I think she said it was outdoors. They really enjoyed the experience. Wonder if it is the same place
20 September 2011 at 17:18