The Australian Hotel at Sydney, and its kangaroo and croc pizzas, was one of the first things that I read about in Lonely Planet Australia. This was before my first trip here in April.

Couldn’t make it to the Australian Hotel that time.

Did manage to go there last Friday.

Sydneysiders do not seem to believe in wasting Friday night or weekends. Spending Friday evening on a treadmill at the gym could work back home at Bandra but not here I was told. So we headed out to The Rocks.

The Rocks was a lot livelier on Friday night than it was when we went there earlier mid-week.

We climbed up the stairs, crossed the popular beer garden on the terrace, and reached the Australian hotel.

The promised pizzas were there on the menu and we luckily managed to get a table too.

The crocodile pizza was with a Thai coconut cream dressing according to the menu. That sounded so wrong. We skipped that and went for the kangaroo pizza with Australian berries and a pepperoni one. With potato wedges to round up our dinner.

The wedges were good.

Well they stood for everything that I hate in pizzas. Sticky cheese and an overdose of tomato puree. Reminiscent of the Amul ‘pizzas’ sold at the diaries of Mumbai. Except these had meat.

Scanty in the case of the roo. So didn’t really get a good taste of it. The pepperoni one at least came loaded with meat. Though one has had better at Australia.

For once Lonely Planet seemed to have got it horribly wrong. Though, to be fair, they didn’t really recommend the ‘food’ at the Australian Hotel.

Yes, if ‘experience’ is your thing then a taste of game meat in a pub that re-creates the past would work for you. 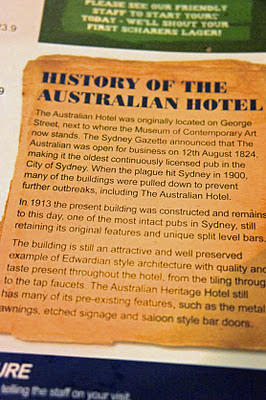 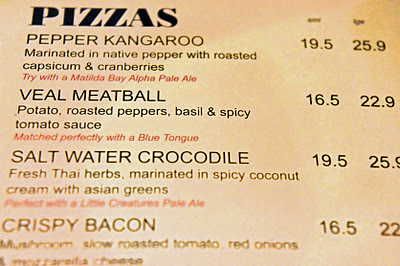 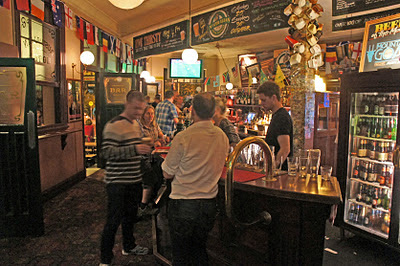 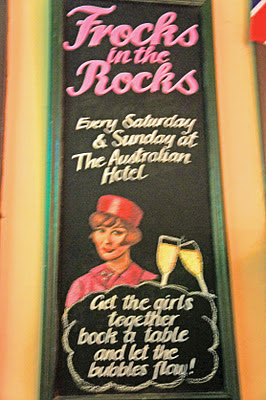 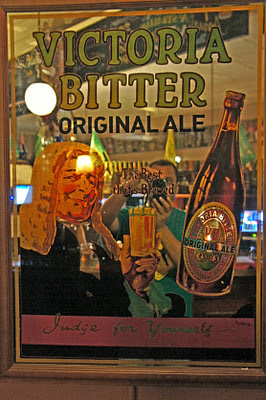 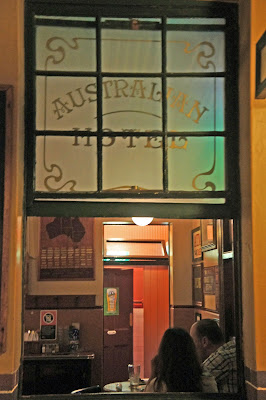 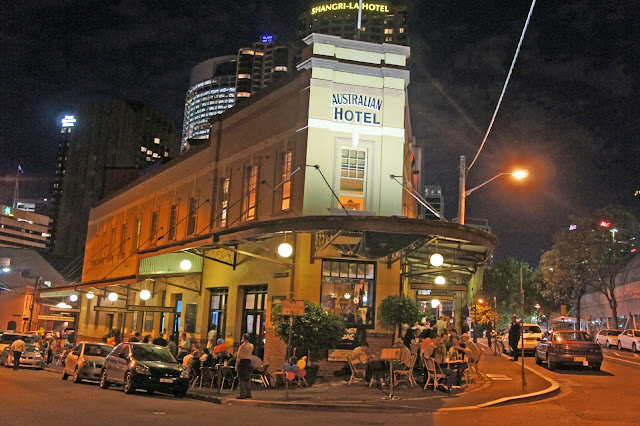 Thankfully I got a proper introduction to kangaroo meat a couple of days later.

I was almost going to order a healthy mountain salmon when I changed tracks at Ash’s reco and went for the roo. Not the usual Sunday lunch stuff at India after after all.

Turned out to be a good call.

The kangaroo was served as a medium rare steak. Coupled a with a lovely buttery mash and some chopped brinjal which we won’t talk about.

The meat tasted fantastic. I am not a big fan of steaks. Too much of meat for me normally. But the roo steak at 242 was juicy, slightly sweet and enticing. The sort you couldn’t help ‘keep coming back’ to. A rare instance when I finished a steak.

Finally a proper introduction to kangaroo. Shot up high on my list of favourite meats now.  The pizza didn’t really do it justice and my earlier encounters were with kangaroo jerkies and cold cuts. This was the the real deal. 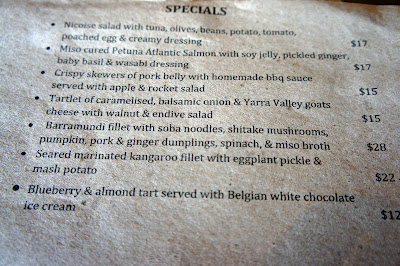 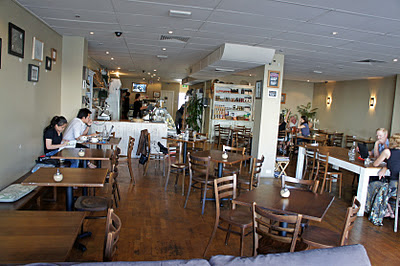 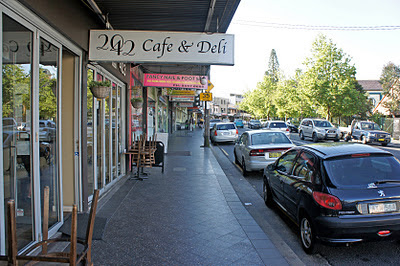 New Town, I was told, is the grungier and younger side of Sydney. A bit different from the carefully preserved and mausoleum-like Rocks. It is picturesque in it’s own way.

There was this chirpy little red café where we stopped for coffee before heading back. Looked warm and cosy and reminded me a bit of Candies in terms of the vibe.

The coffee and cakes were quite ordinary here though. 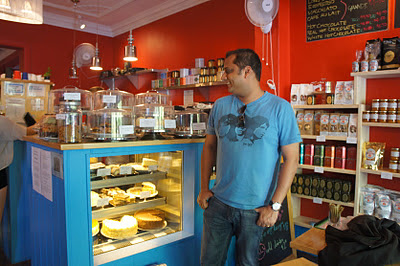 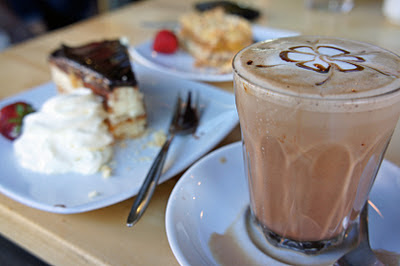 Well I always knew that Candies is the one place at Mumbai I would miss while travelling.

Though a got whiff of that the other night at The Rocks when we went to the Guylian Café and was welcomed back warmly by Jan, the manger there.

I guess the Guylian Café at The Rocks would work for me when I am Sydney. 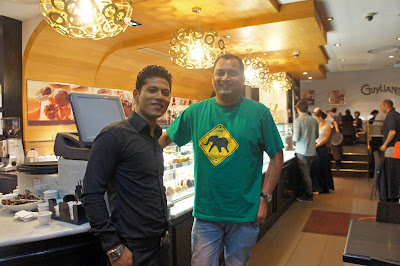 Scarlett said…
I think you're being unreasonably harsh on the Australian Hotel pizza. It was cheesy yes, but I didn't find too much tomato sauce on there and it was definitely nowhere close to being an Amul pizza!

The thing to bear in mind is that Australian Hotel is essentially a pub, not a restaurant. And one doesn't go to pubs for the food, b/c they've traditionally not put emphasis on food. It's unfair to expect a gourmet pizza at a pub :)
26 October 2011 at 08:31

Kalyan Karmakar said…
@Scarlett: well I'll fortify myself with more beers before my next attempt with the pizzas :)
28 October 2011 at 20:18