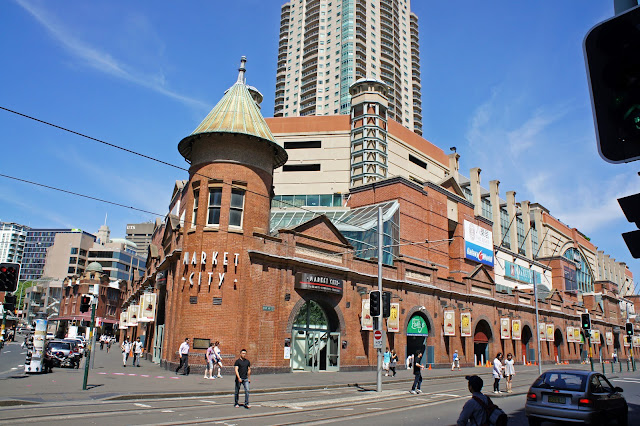 I twice tried to eat at Sydney’s China Town before this.

The first night on my previous trip. And one afternoon this time.

Reached within kissing distance of China Town both times. But didn't make it to where the action lay.

First time ate at a Chinese restaurant at the cusp of where the China Town. And this time at a Korean place beside it.

A case of so near and yet so far.

I am not sure if last evening had anything to do with it but perhaps going to Woolworths at Sydney’s Townhall, picking up local Australian produce, sauces made by a Japanese company, making chilli chicken and ham fried rice inspired by my Bengali mother did appeal to the Laughing Buddha. 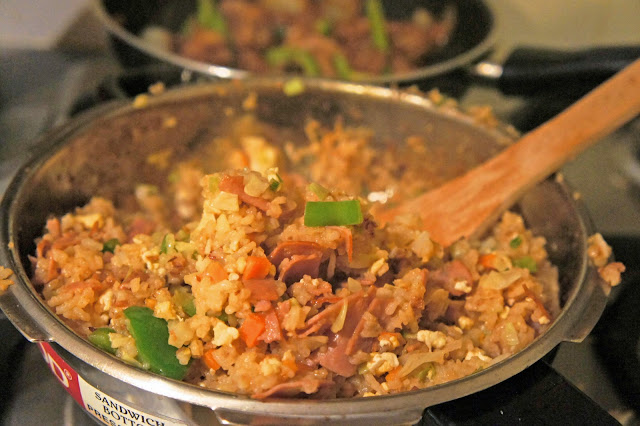 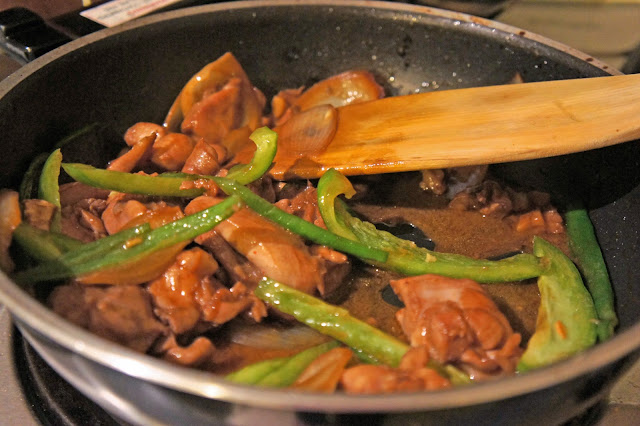 I did make it to the heart of China Town today!

I caught up with Vishal, a young chef here whom I’d connected with on twitter. Vishal, @vishalkod on twitter, is from Mumbai and at 24 has probably seen more of the world than many 42 year olds.

We first went to the Chef’s store at Surrey Hills. There’s apparently a shortage of chefs here but you still have to get your own knives when you turn up up for a gig.

We then made a stop for my first and definitely my last Starbucks coffee at Australia. Tepid and limp as I had been warned when I landed.

Vishal then took me to a lane and said, this is Chinatown.

You could have knocked me down with the proverbial feather. It was just a lane away from where I had stopped the last two times. And yes, there was one ‘standard’ China Town lane beside the Hay Market with temple arches and lions and the other standard accessories and fitments. Restaurants here are often open late and chefs across the city come here to eat after work I was told. 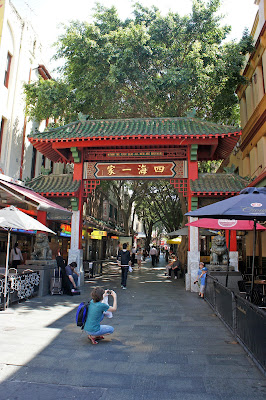 We went to the Marigold restaurant which was inside a building beside the Hay Market for Yum Cha. Yum Cha is one thing which was recommended to me on my last trip but I couldn’t make space for it.

From what I gathered, Yum Cha, is a sort of a Chinese brunch where waiters come to your table with small plates of dim sums, pies, dumplings, noodles, rices, grills, colourful Chinese desserts. You pick what you want and eat them while sipping on tea. At the end they count the number of plates and calculate your bill. 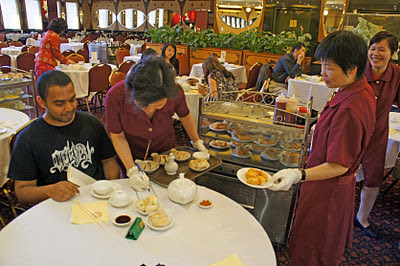 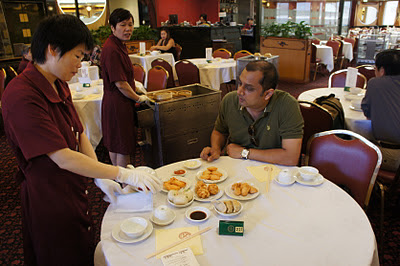 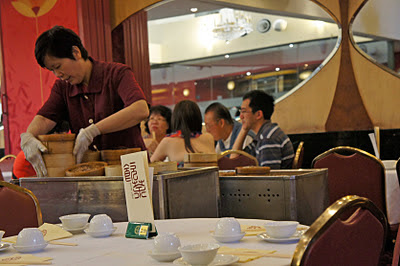 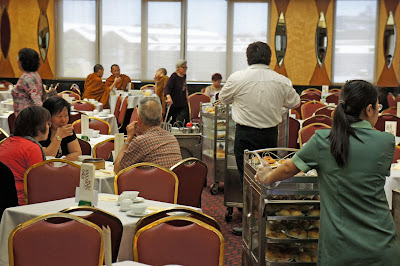 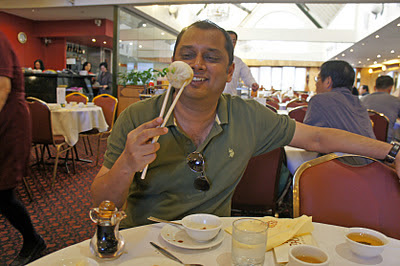 Marigold was once recommended to Vishal by an Indonesian cabbie at Sydney who apparently knew more about Hindi films than even Vishal. 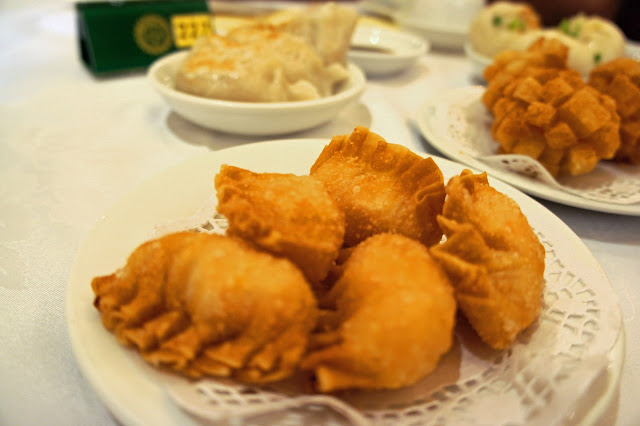 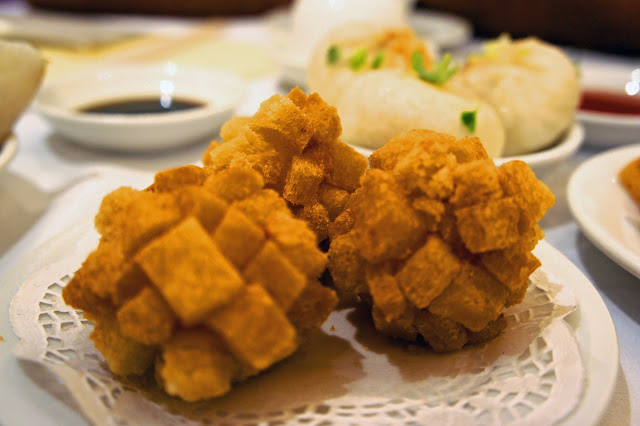 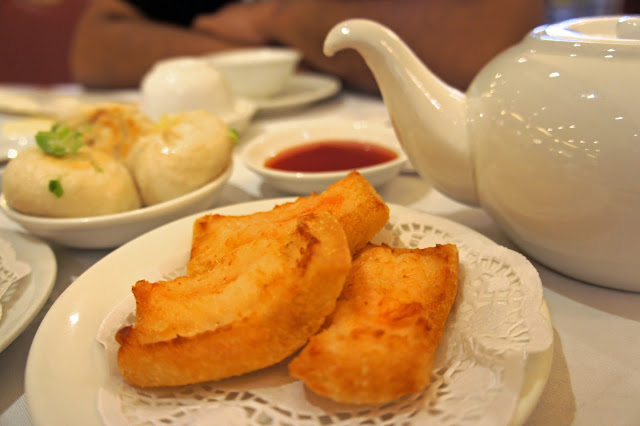 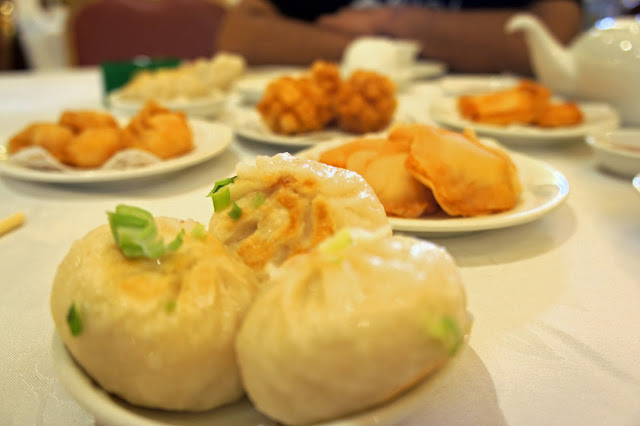 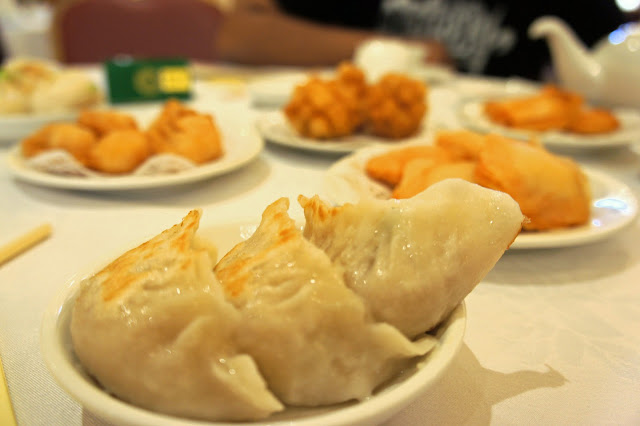 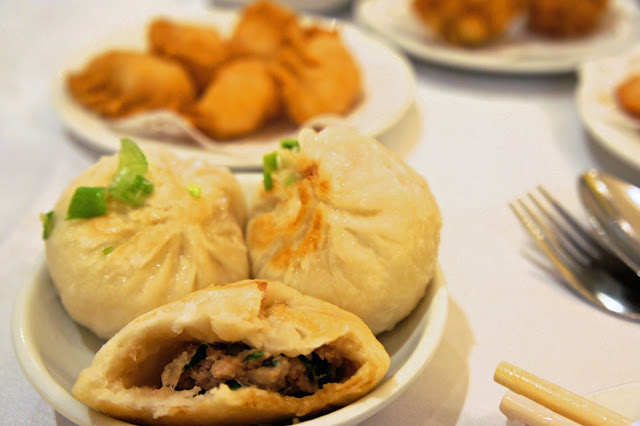 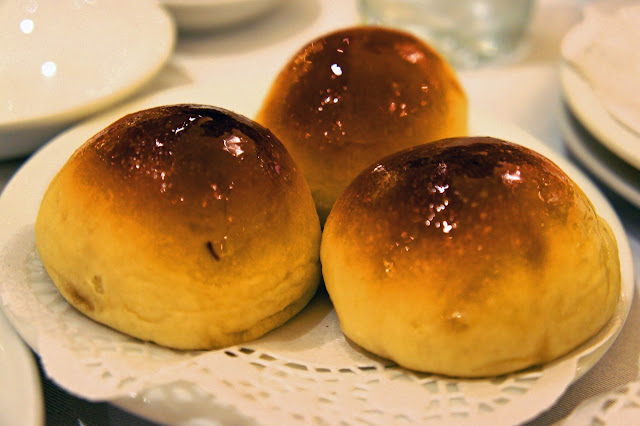 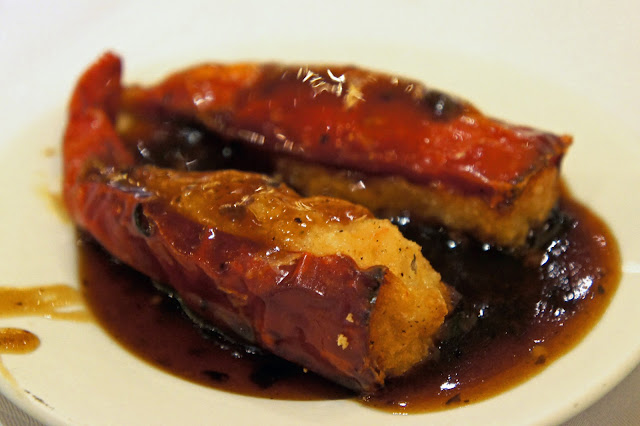 More food passed by. Satiated, we had to say no to the smiling ladies who passed by with their trolleys. What we couldn’t eat. I photographed. 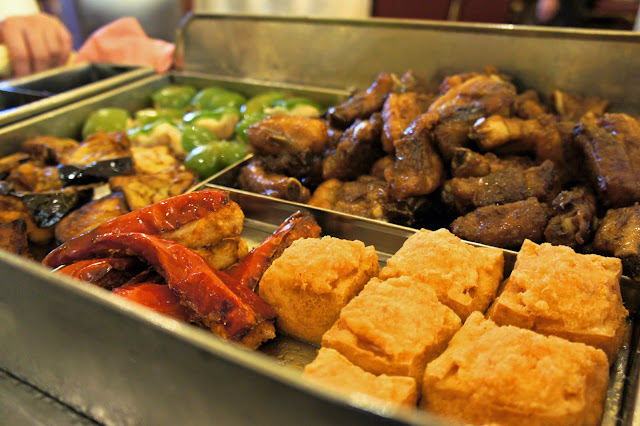 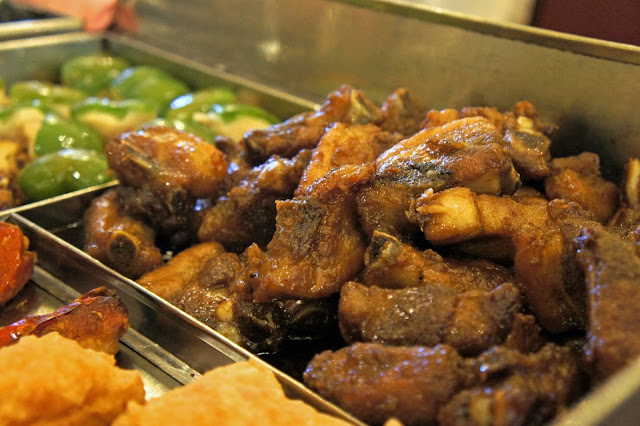 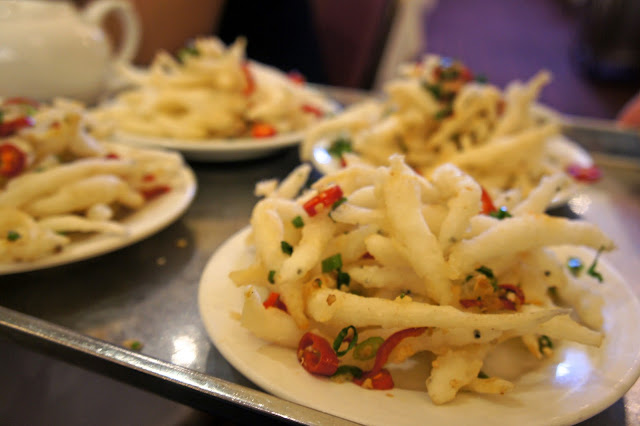 The food? All good. The sort that makes me break into a huge smile.

But then that’s the thing with Asian food and me.

swagata said…
Sounds like it was an awesome meal. Was wondering if you have had fried corn curd and what you think of it? I had it recently and loved it.
24 October 2011 at 22:05

Kalyan Karmakar said…
At Swagata, I've been to a fried tau fu breakfast at KL if that's what you mean. Enjoyed that
25 October 2011 at 05:12

Miri said…
Made it a point to eat lunch at china town when we were in Sydney! Was amusing to see the waiters calling out to us like the street vendors in Nariman point!

Kalyan Karmakar said…
In fact Vishal made a connection with Juhu Chowpatty hawkers & the China Town Miri
25 October 2011 at 19:38