‘You are my chicken fry. You are my fish fry’ … Bappi da at Notun Polly Bandra Durga Puja 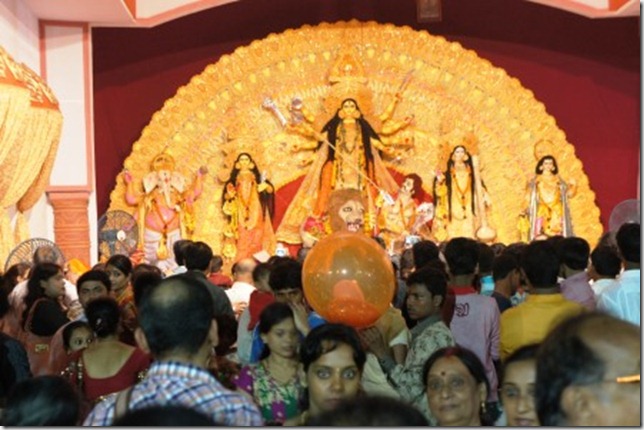 He might look like Kung Fu Panda dressed in the best 80s kitsch but no one deserves to feature more on a food blog than a man who came on to the stage and talked about how music legends such as Kishore Kumar  and him would come to the Bandra Notun Polly Durga Puja to gorge on cutlets and chops. Or sings songs where the lyrics go ‘aami Kolkata roshogolla’ (I am Kolkata’s rassagulla). Rather honest I thought.

And of course, ‘I am your chicken fry. I am your fish fry’. 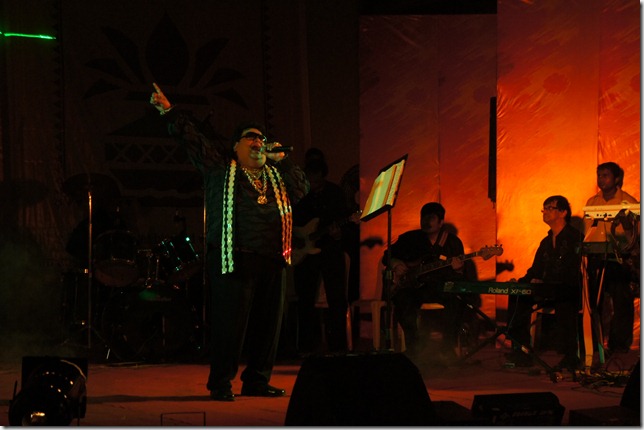 To the bunch of us 70s born 80s children listening to one of the last rock stars belt out the Bengali and  Hindi film numbers we had grown up to, from hand shaking distance, was a surreal experience.

There we were on the fourth row on the Nobomi Night Programme at the Notun Polly Bandra Durga Pooja, cheering, screaming, swaying, singing, clapping, clicking tweeting as he crooned out hits from Sharabi, Disco Dancer, Ghayal then the Bengali chirodine, gur dokhina, ogo bodhu shundori. From kirtans or religious songs to the raunchy char gaya upar re. 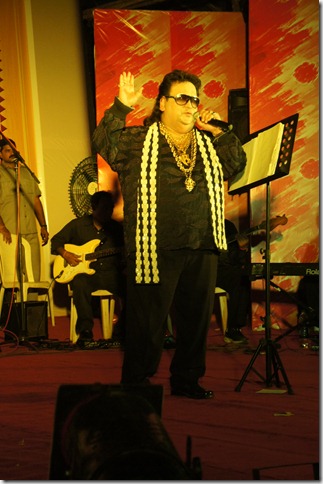 There was a whole bunch of us at the covered performance area who re-lived our growing up days as Bappida gave a non lip synced live performance in between a 80s Kokata-like power cut and a break to introduce his son who was on the drums and whom I’d earlier asked to move as he was blocking my view. His daughter, a hefty powerful singer and the Indian Idol 3 winner too. 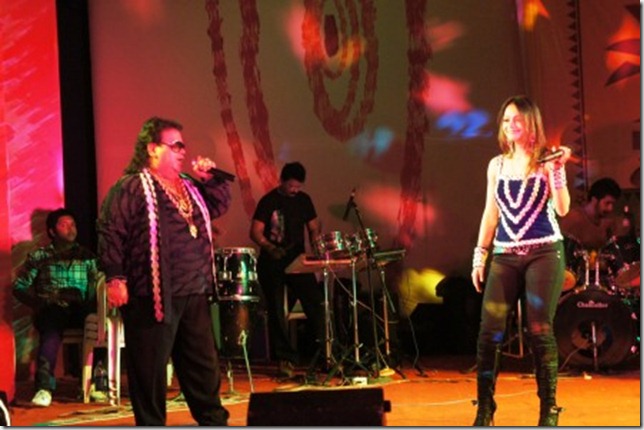 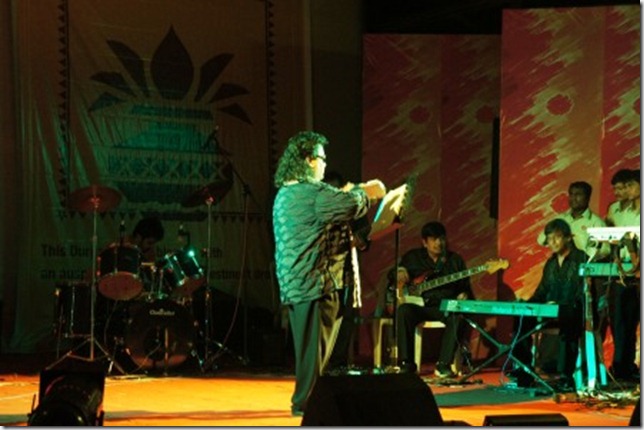 First the audio went and then the power: 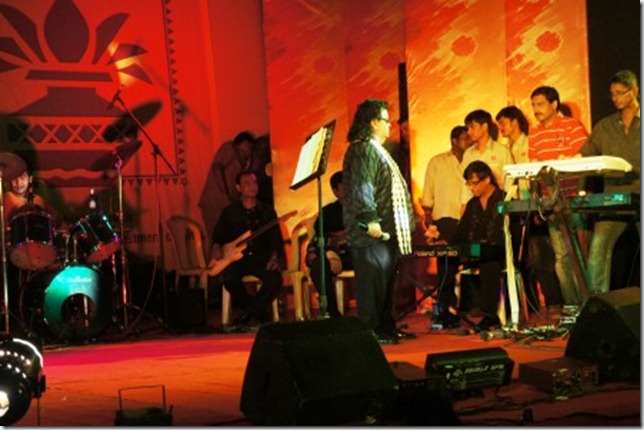 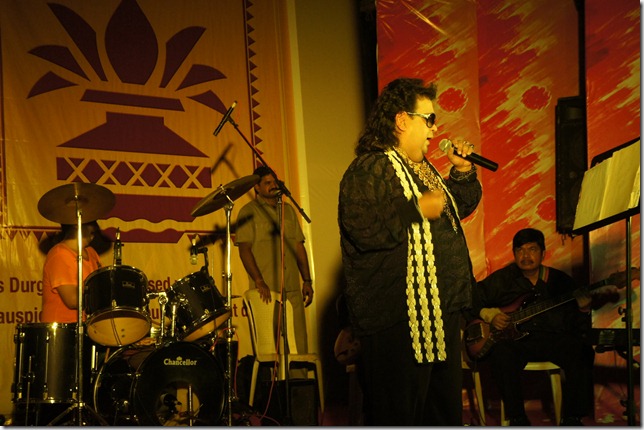 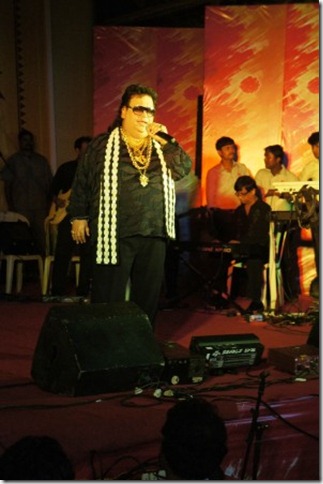 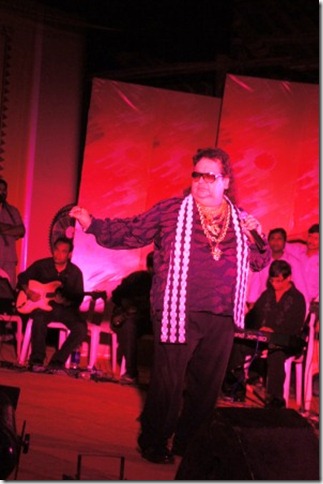 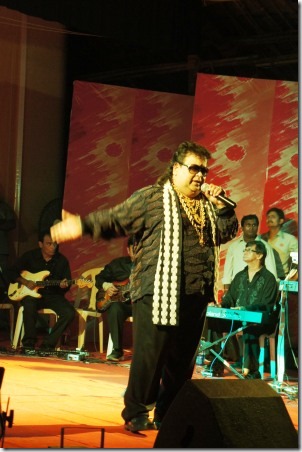 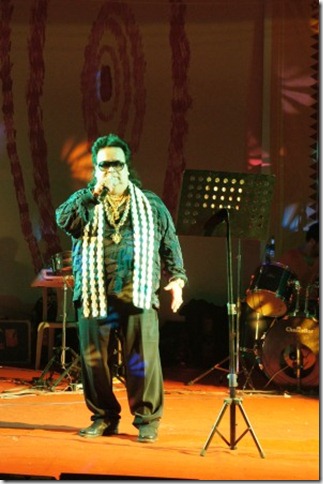 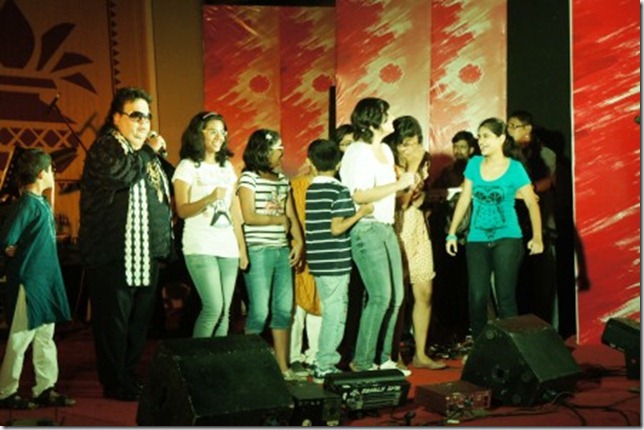 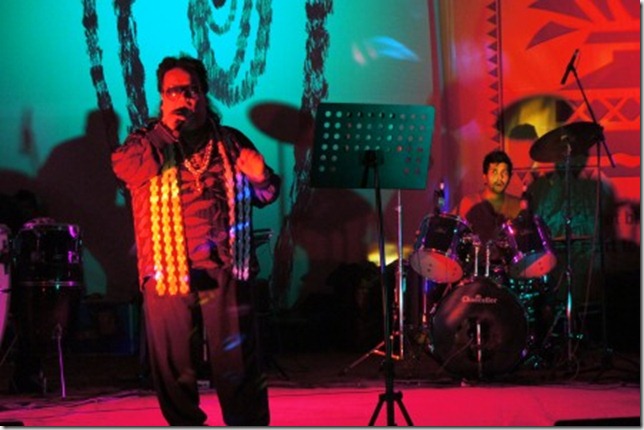 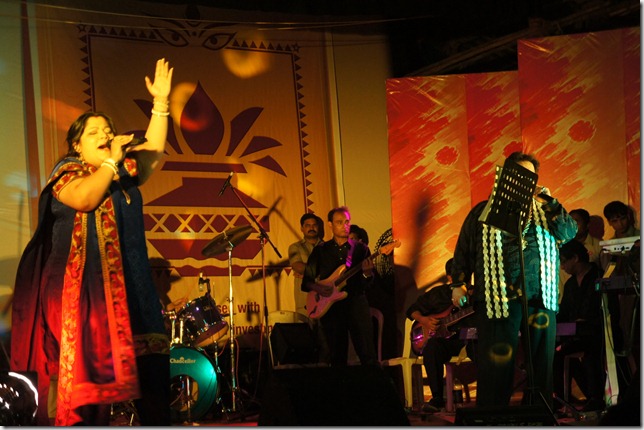 Son, Bappa Lahiri, rocks the beat under his dad’s shadow 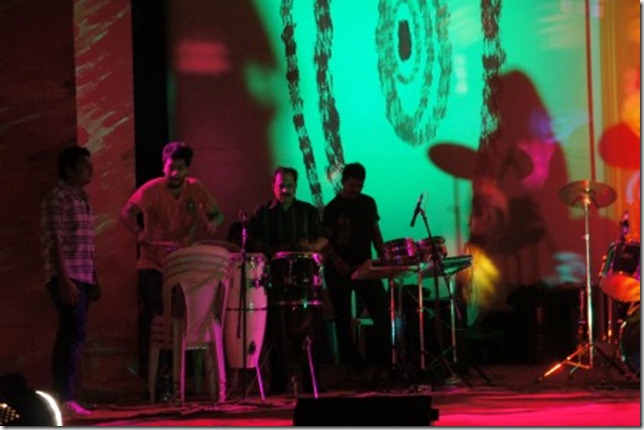 The last night of the Puja Nobomi slipped into the last morning Doshomi as our group headed to our place for an impromptu party.

We closed the last night of the puja over a dinner from Khaane Khaas and two Flurys dark chocolates from Kolkata which seemed to have been waiting for this bunch of Kolkatans to drop in.

So rock on Bappi Da. We laabh you too.

As Jeet texted me, ‘who needs Elvis?”. 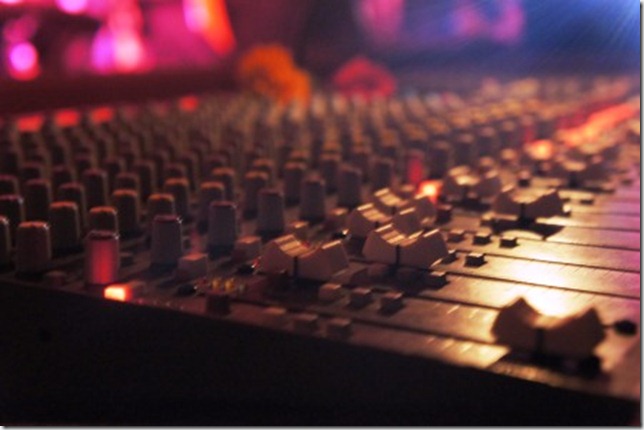 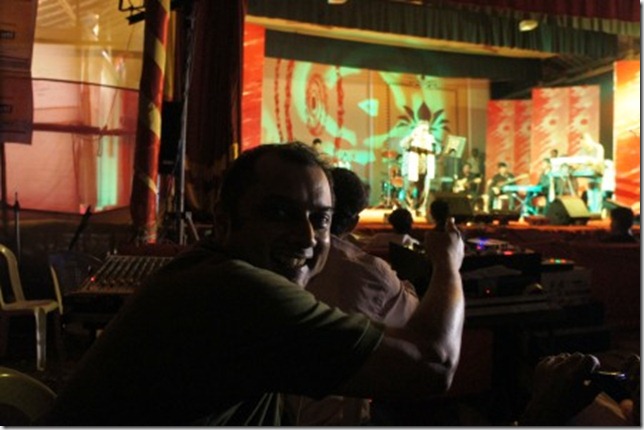 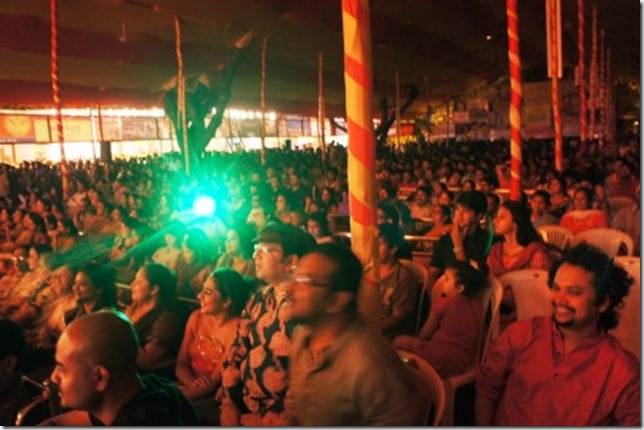 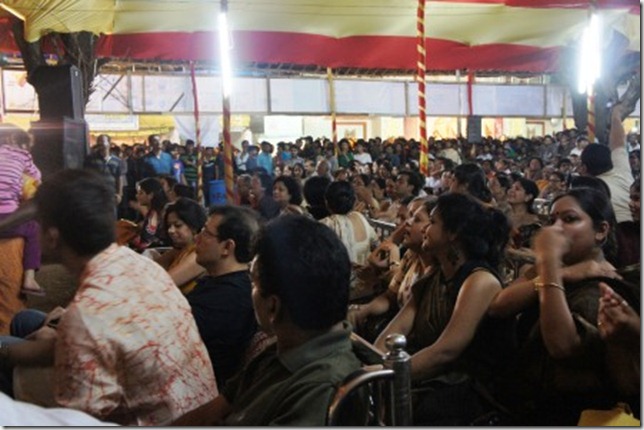 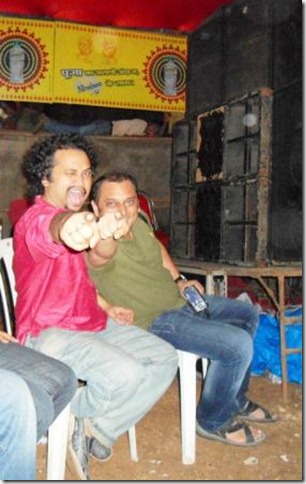 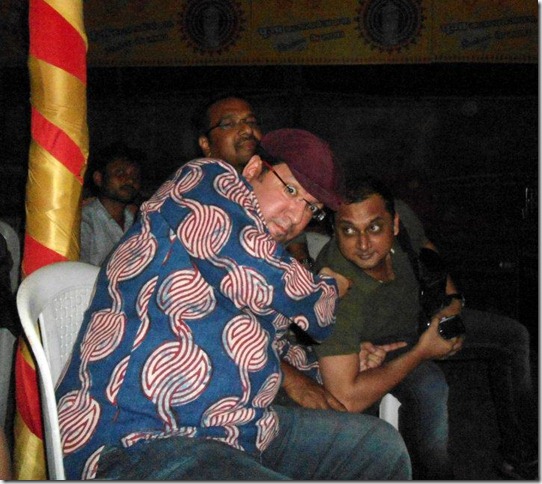 This is my twitter feed from the night in descending order of time:

Yes we will do disco on the stage @surekhapillai #Bappidaatbandrapujo

He is a Disco Dancer #Bappidaatbandrapujo

He is a Disco Dancer #Bappidaatbandrapujo

THE man starts with chiro dini after talking of the cutlets he used to eat at the puja #Bappidaatbandrapujo http://lockerz.com/s/144596590

This is how he looks without the gold apparently #Bappidaatbandrapujo http://lockerz.com/s/144594807

So salads and soups 1st RT @debolin_bbcmags: @Finelychopped @dhunji BappiDa to make a late entrance! The audience waits in anticipation.

At the Notun Polly pujo waiting for my moghlai paratha and Bappida. Two different phenomena

Bappi da singing it a few feet ahead of you that evening was goose bump stuff
9 October 2011 at 16:29