We were floored by the folks at Cafe Basilico Bandra last night.

We went there to buy the bread that they had sent with the superb pasta & soup we ordered the the previous night. Turned out that that bread was not for sale. Crestfallen we went through the other breads on sale. That soft bread was so good for my tonsilled throat but alas.

Suddenly the gentleman at the counter asked us how many breads we needed and then packed two and gave them to us.

He refused to charge us!

We had not come to buy anything else. We were not even regulars there.... Will be now. 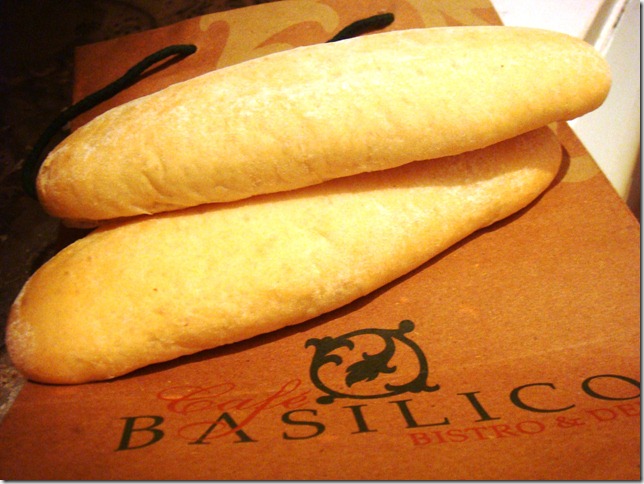 It reminded me of an evening in 1990 when I took K to a chocolate buffet at at the Sea Lounge at the Taj. The buffet was about Rs 1,300 or so then and I could barely afford it. I wanted to treat K as she is crazy about chocolates. A chocolate buffet at the Taj seemed right up there with a solitaire.

The buffet consisted of various forms of chocolates and coffee. You could not share the treat I guess. That’s not how buffets work right? You don’t share plates.

So we had dinner outside and went to the Seal Lounge. The plan was  K would have the chocolates for dessert. I would skip it. Except when it came to the coffee. K didn’t drink coffee those days so I requested the elderly waiter at the Sea Lounge to give me the coffee instead.

He got me the coffee.

And a side plate. Beamed at me like a genial Santa, put the plate in front of me and left us. The only people who were less than thirty, or fifty, at the buffet that evening. Guess we struck a chord somewhere.

And then I heard this story from K about the folks at Gloria Jean’s at Oberoi Mall.

There’s a girl who is new to Mumbai. She goes to Gloria Jean’s for dinner everyday. She hates the idea  of going home to have dinner. Even the presence of strangers in a coffee shop makes her lonely. She likes to read the newspaper every night or a book with her cappuccino and croissant before going home.

This is her daily routine.

One day she walked in, upset about something, didn’t feel like anything. Ordered just a coffee for dinner.

She settled down with her book. Her order came. A cappuccino.

“But I didn’t order a croissant”.

“That’s ok ma’am” said the Gloria Jean’s waiter. “We know you have a croissant everyday. You looked rather sad today. So this is from us. You’ll feel better”

Well if you have any stories like these of restaurants where you felt touched by an unexpected show of warmth, gestures that made your day, then please write in through  comments and give as much details as possible….would love to put these up in the post. Or in a later post.

Talking of ‘chicken soup’, I have been down with fever since last Thursday. Will save you the gory attention seeking details but am a lot better now and should be up and about tomorrow. It was a tonsil related attack and at one point swallowing was a problem.

Chicken soup was the most commonly suggested remedy after gargling.

Well I tried a couple of locally available packet soups. Tasted like rotten runny cow dung, I tried calling for a soup from Mr Chow but they said they will deliver only above Rs 150 and not just a soup. Given that most of their fare is sub-optimal I didn’t want to torture myself. Acting on a suggestion from twitter I called for a chicken rezala from Arsalan. That was the perfect Kolkata version of the cream of chicken soup. Except this had ghee not butter.

Here’s something I put together yesterday. I assume it is healthy. Tasted all right. 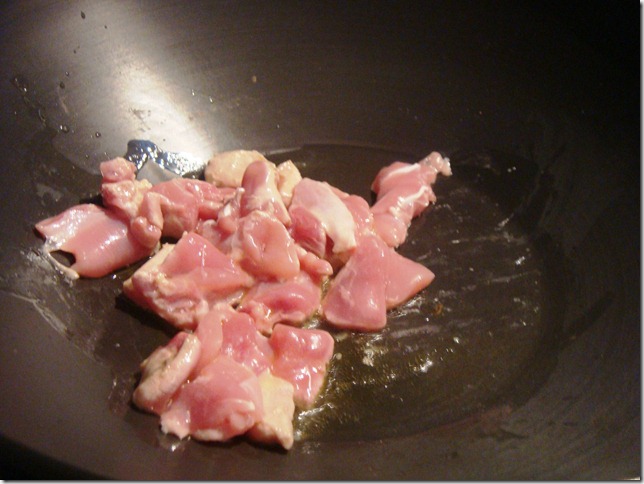 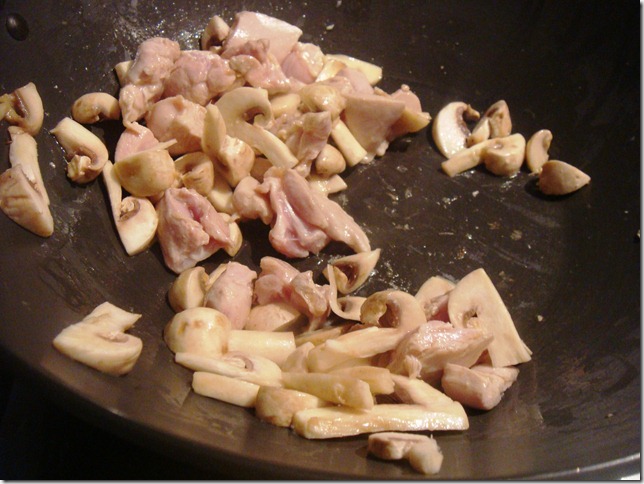 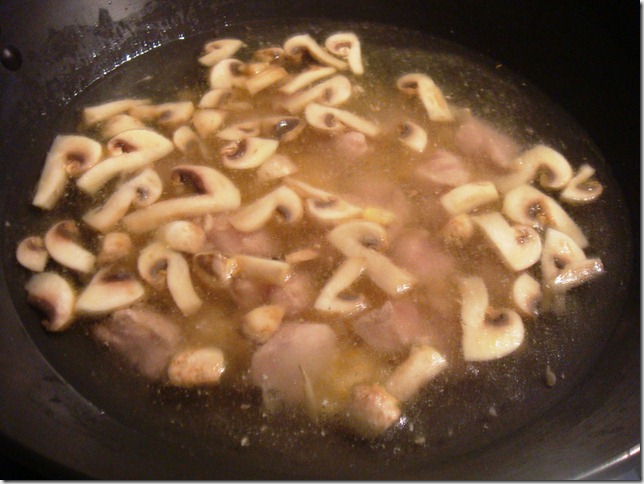 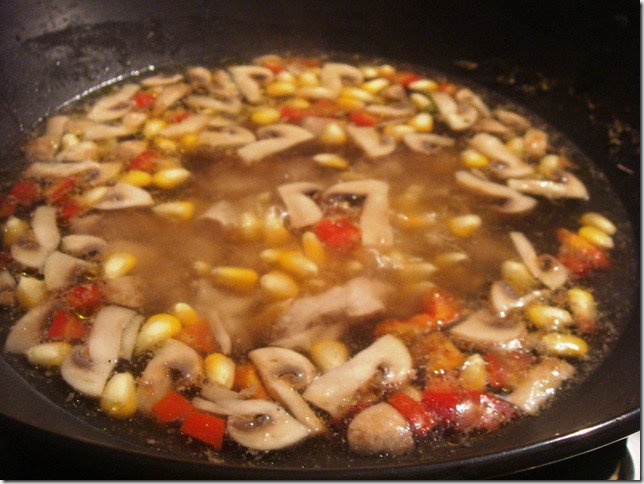 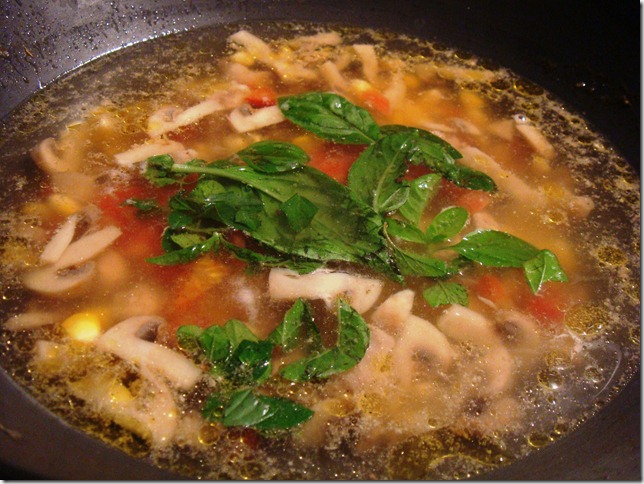 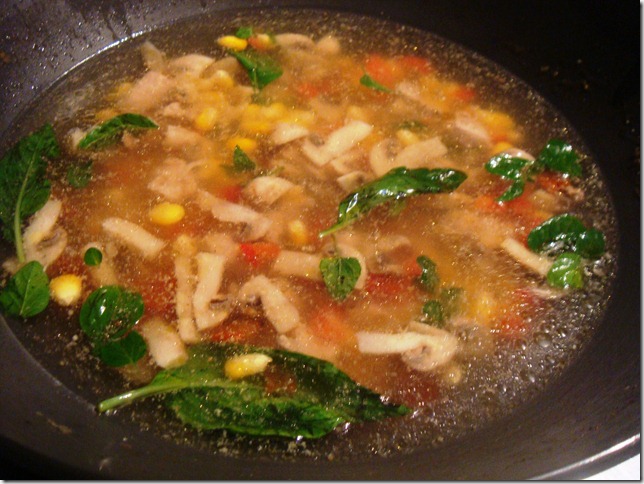 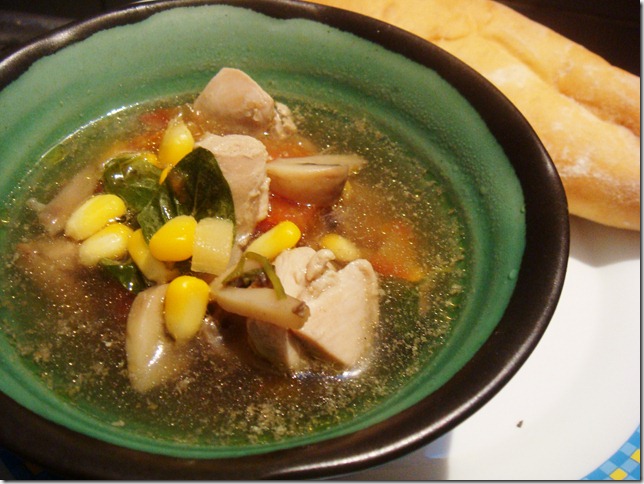 Renuca said…
Hi K,loved reading this post, very heart warming especially your sealounge story :), it struck a chord... btw loved your soup recipe too especially since it mentions squeezing the juice of half a life ;D
24 January 2012 at 18:33