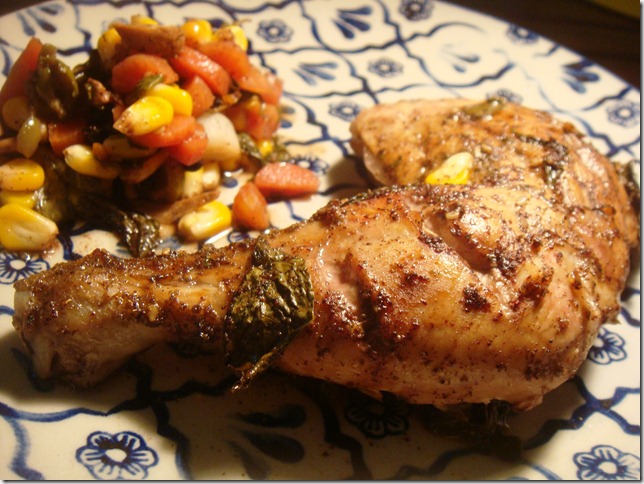 This dish was very simple to cook. Rather tasty and I suspect healthy too. The condiments used were largely Mediterranean or Arabic. I thought I should share it.

We eat so much chicken at home that one has developed a certain degree of confidence about cooking it. Ideally pork is what I would like to play around with. To get to know better. I’d rather experiment and create with pork rather than chicken though. One can’t because of health reasons. Perhaps I should do that whenever I feel like and then tweet for people to be guinea pigs and come and finish the pork.

But I digress. Here’s the roast chicken recipe: 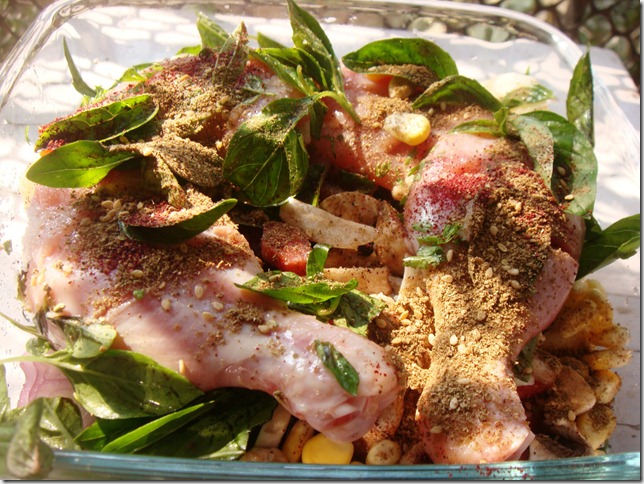 The end result is that of a succulent and well flavoured chicken and the goodness soaks on to the veggies too. 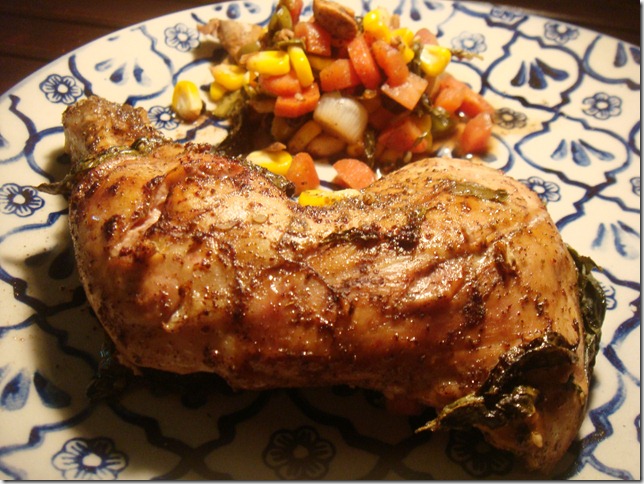 Note: The programme I shot for sometime back airs on the Travel Channel US.

World travelers know that eating street food is the best way to get a taste of a city's culture. From traditional, to gourmet, to adventurous, we'll explore the street eats that give unique flavor to seven cities across the globe. TV-G, CC

I did the Mumbai part of the episode. I haven’t seen it myself so hope it turns out OK…I’ll get to know once I get the DVD

Aditi said…
Saw you yesterday on Travel Channel!! You were great but I am sure you must have spent a whole day shooting for it, was sad that they had to sum it all up it 10 mins. Nonetheless congratulations on your TV debut!! :)
26 January 2012 at 18:48

Kalyan Karmakar said…
@Aditi: so ten minutes it was. Thanks so much for writing in. I got a hang from a few who wrote in this morning that they did see me :)

Chetna said…
Kalyan !! Just a small doubt about the spices. Zaatar contains Sumac. You have used Sumac by itself and Zaatar in the recipe.
Could you clarify about this ?
26 January 2012 at 23:18

Kalyan Karmakar said…
Chetna as far as I know sumac is the purple coloured powder which is added to yogurt based salads while zatarpita is brown and has a traditional masala colour
27 January 2012 at 01:03

Minnie said…
Hey, thanks for this recipe, I tried it out and it was so good! (although it didn't look as good as in the pictures).

Kalyan Karmakar said…
@Marie...thanks...waiting for the DVD and wil try to upload it then

Miri said…
Looks amazing! You could just parboil the potato slices in water for 5 minutes or in the microwave before putting into the oven - that way they would be cooked and golden and crispy by the time the chicken was done
29 January 2012 at 03:55

Miri said…
Also, Chetna is right, sumac is one of the ingredients (it's a powder made from dried sumac which is a purple berry like fruit) of zatar which has other ingredients like sesame and thyme etc
29 January 2012 at 04:02

Kalyan Karmakar said…
Miri thanks for the tip on the potatoes (though i was happy skipping them from a health pov) and the info on sumac....i didn't know it was made from berries
30 January 2012 at 11:23

Kaushiki said…
I somehow cannot manage it - I prick the chicken with a toothpick if water gushes out means it is not cooked. The toothpick has to pass cleanly.

This does not happen in the said time and the said temperature. Please help with this.

Mildred Rodriguez said…
This recipe has a similarity in the way we prepare foods here in Thailand. We use lots of spices to bring out the full flavor of the chicken.
SMS Thailand
27 April 2012 at 05:47