I switched on the TV the other evening. Watched Fox Traveller for a bit. Food Safari.

The plot of the programme is that they show the food of various immigrant communities at Australia. They featured Croatian (!) food that evening. Singaporean in the next episode apparently.

Reminded me of my friend Alli’s observation. She is a food blogger who’s settled in Australia since her teens. She loves trying out the local food when she travels. But said that after while, when abroad, she starts missing the variety and range of food that she gets at home at Sydney.

I saw what she meant during my trips at Melbourne and Sydney. The share range of food available is mind blogging. I won’t get into the Melbourne Vs Sydney debates except to add that in my experience the food at Sydney is more out there and in your face. At Melbourne you have to seek the food out but the flavours are possibly a lot more intense and closer to the original deal than at Sydney. A caveat. This observation is based on all of close to a week at Melbourne and about two weeks over two trips at Sydney.

The way immigrant food cultures have flourished in both these cities is amazing and indeed a food safari for those of us who like to play around with tastes and experiences.

A parallel in India could have been Mumbai. We have immigrants from all parts of India to start with and now internationally too. It would have been really wonderful if Mumbai had a strong natural, organic sub-culture of pan Indian food. But as I wrote sometime back, this is absent here. You do have the odd Malayali, Udupi, Goan restaurants in South Mumbai but these are very few. A few Gujarati, coastal and Brahmin Maharashtrian, local Muslim and Parsi and you have exhausted most of the options available. There are a few new Bengali places and that’s about it. No Andhra, North Eastern, Oriya, Kashmiri, Kayasth, Rajasthani non vegetarian or most of the other states of India. And yet you have people from every part of India here. Wonder if this unidimensional food culture is because of the unrelenting focus on work on earning money at Mumbai. Being too particular about food is not often considered a good thing. Can lead to ribbing, not always good natured. And I am talking from experience.

But this post is not about Mumbai. Nor about my pet peeves of the city being more a pressure cooker than a melting post. I wanted to share some of the the photos from all the Asian (Oriental) food that I plunged into when I was at Sydney.

I have blogged about some of these and posted pictures of most on my facebook album. For someone who so loves Asian food being at Sydney, and that too based near Town Hall with its roads filled with Asians, was as close to holidaying in an Asian country but in a nicer weather (Sep - Oct) as possible.

I don’t have pics of one of my first stops, Spice I Am, which had some pretty good Thai and was one of my best experiences at Sydney this time.

Nor of my last stop of the disastrous dinner at Golden Century Sea Food where we didn’t seem to order anything right and no we didn’t order any seafood. The place in a way summed up the fallacy of Sydney. We had a Sichuan lamb which was great meat but devoid of any flavours. Contrast this with the scrunchy meat of the Sichuan mutton at Singapore’s Home Town restaurant at China Town a few days later which was incredibly flavoursome. Like any immigrant food culture you obviously won’t have the home land version of dishes here but the quality of produce more than makes up for it.

Then there was Darling Harbour’s Kamikaze and my first taste of a Japanese teppenyaki rice. Served by an energetic smiling chef who would happily pose for me and said “yes for facebook”. Didn’t really excite my jetlagged taste buds. 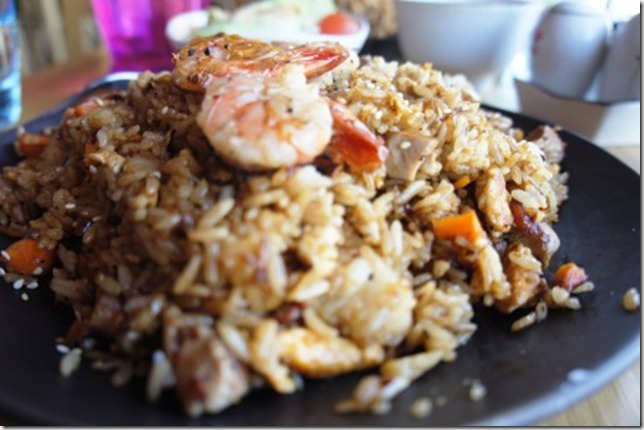 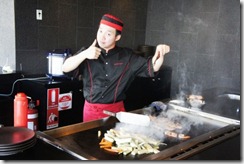 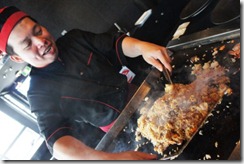 Darling Harbour’s Asian continued to underwhelm specially with Chinta Ria and its Malay. I am more fond of the Chinese than the Mamak food of Malaysia. In any case I don’t think Asian food travels well from the carts and hole in the walls to fancy places. With its stodgy beef rendang and nasi goreng, which didn’t even have the standard sambal accompaniments till we asked for it, Chinta Ria strengthened my beliefs. 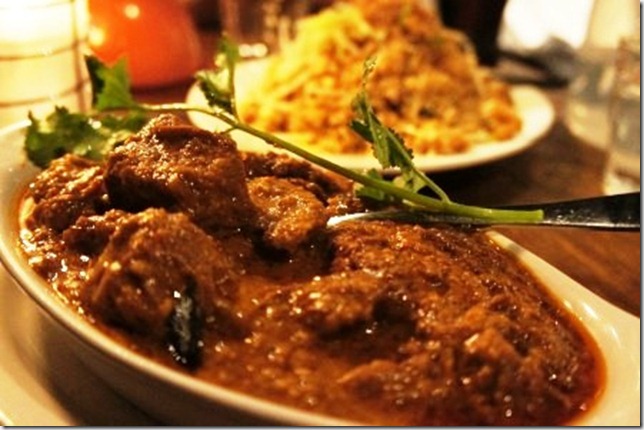 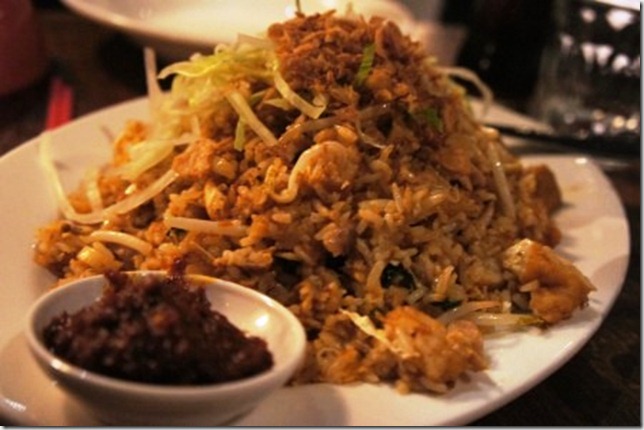 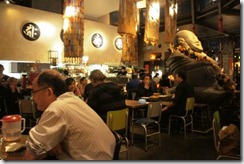 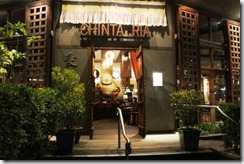 Contrast this with the Asian basement food court under Woolies at Town Hall and the delightfully authentic Pad Thai that I ate surrounded largely by a white clientele munching away on Asian food. One of those pleasant discoveries that make a trip so special. 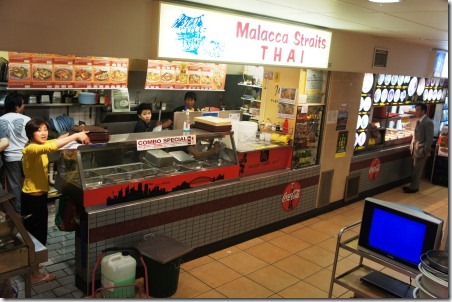 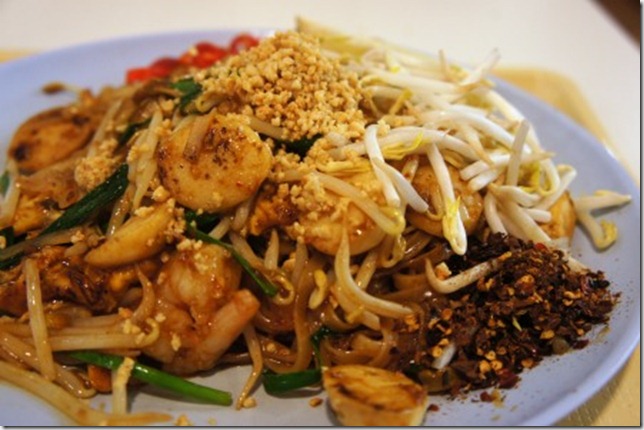 Another afternoon delight was the sushi boxes which I would pick up…unfortunately couldn’t find a photo but will search more.

I stopped for a Korean Barbecue one day and found that to be a lot more toned down in comparison to the Korean I at Melbourne in terms of heat levels. The manager told me that folks in Sydney can’t really handle spice so they keep the spice levels under check here. 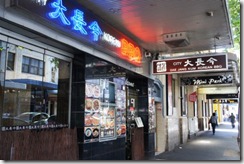 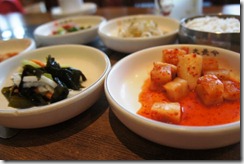 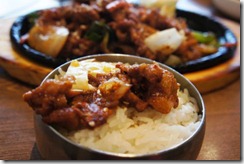 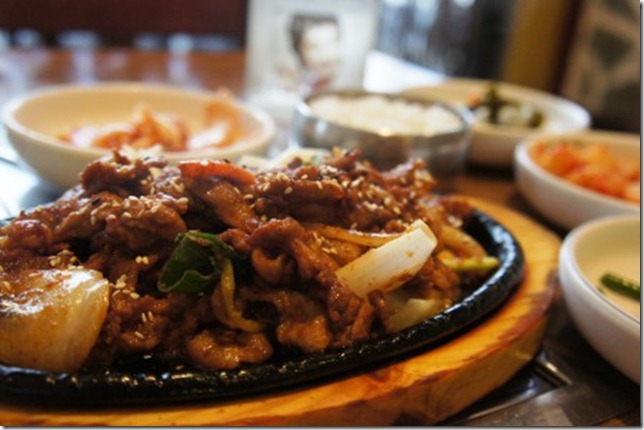 There was a laksa which Alli treated me to but I don’t remember the name of the place. I did find it to be a bit tamer in comparison to what I ate at Singapore but the quality of the seafood in it was astoundingly fresh.

And that’s Australia for you. The quality of produce here is unbelievably Eden-like. 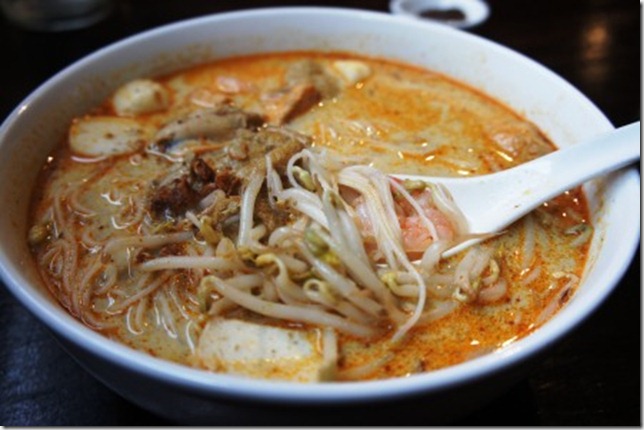 I stopped for pho at a place called Gia Hoi. I think I am still yet to take to pho. But Gia Hoi highlighted one thing which is different about Asian adventures here. Often the staff or owners are second gen Aussies and speak pretty good English. So you can have a far more detailed chat on the food than you can at Asia where the language comes in the way of hospitality and good intent. 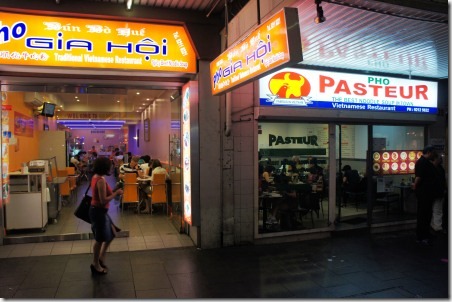 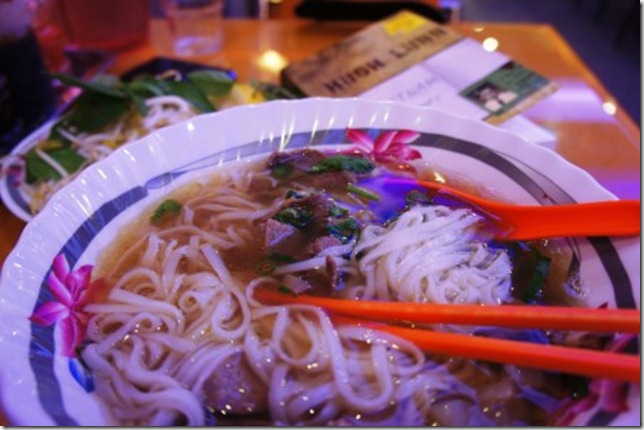 Guess I’ll end this set of Sydney nostalgia with some pictures from the yum cha at Marigold…my first experience of the lovely Chinese concept of small bites brought to you in a cart washed down with hot tea. A Chinese gastronomic opera that played on each of my senses that afternoon. 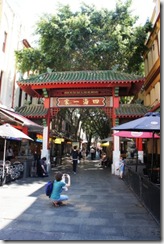 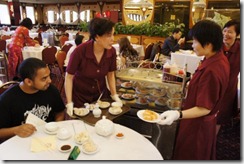 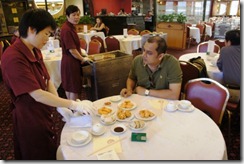 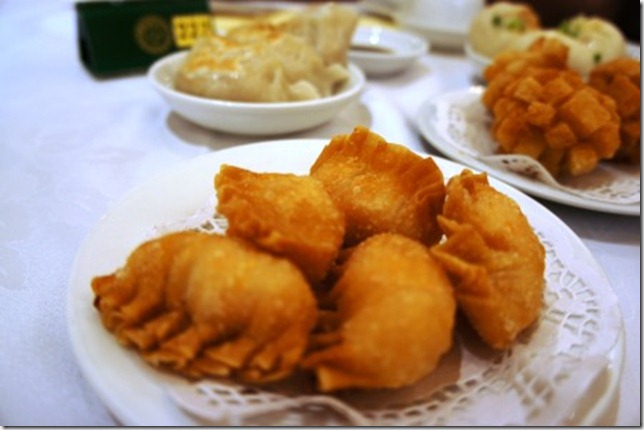 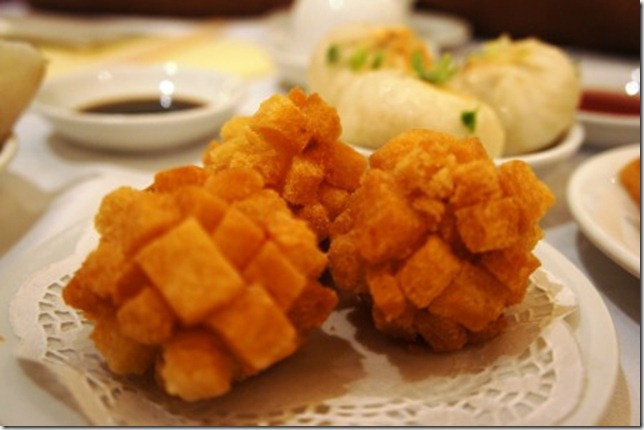 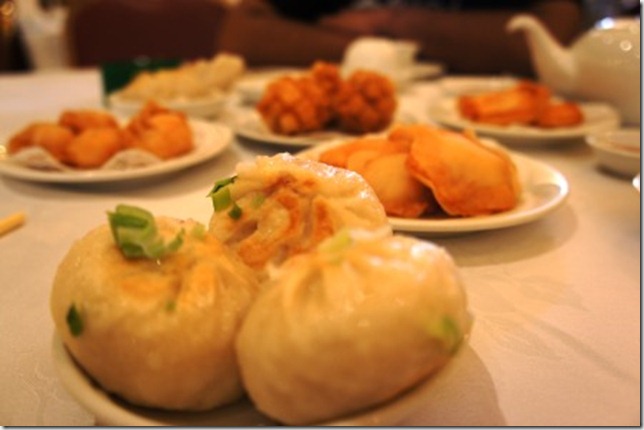 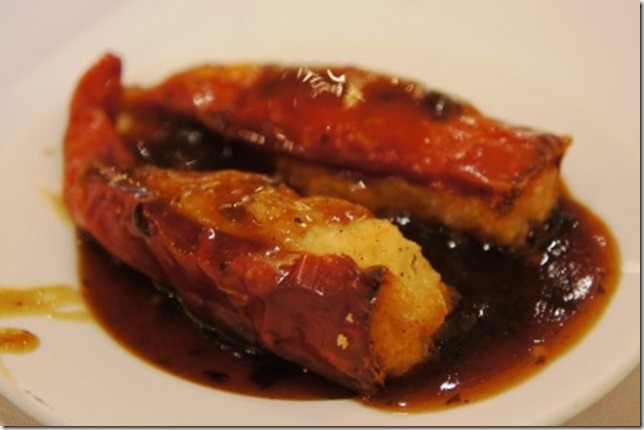 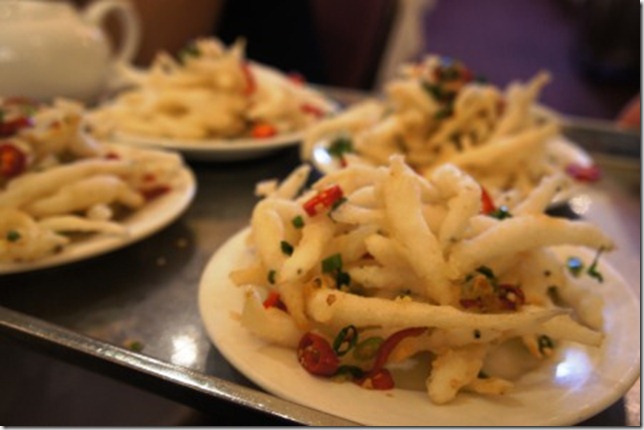 Now if only Mumbai some day becomes truly cosmopolitan when it comes to food. The problem is that this can’t be thrust down…has to come from those who have made Mumbai their home.

Kalyan Karmakar said…
taken on an awesome and much missed camera K
6 February 2012 at 00:26

Kunal said…
Please do plan a trip to Melbourne again so that we can explore the authentice regional cuisines of Asia including Taiwanese,burmese,nepali and cambodian along with the usual thai,vietnamese,chinese and japanese...i firmly believe that Mumbai does have the potential to become a truly cosmopolitan foodies capital...especially when foodies like you educate bombayites with autnetic tastes and flavours!!!
6 February 2012 at 11:15

ahmedabadonnet said…
This comment has been removed by a blog administrator.
6 February 2012 at 12:21

Kalyan Karmakar said…
@Kunal: yes I definitely need to go back to Melbourne again...loved every minute there and you were such a wonderful guide...I won't be presu,ptious enough to say I can teach people at Mumbai...i want to learn and gather as many experiences as I can and am happy to share them
6 February 2012 at 15:32