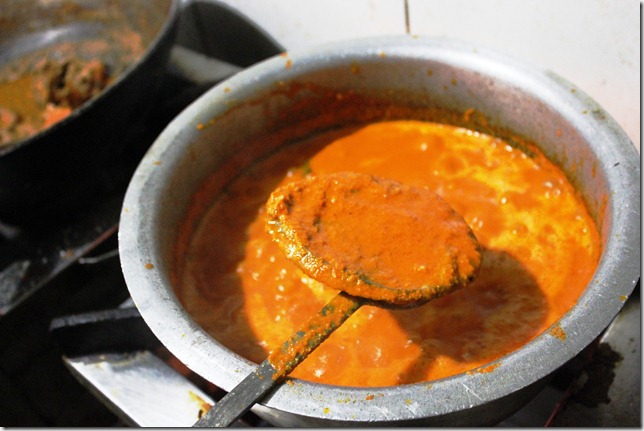 If you are fine with waiting for more than half an hour for your meal because a restaurant has only two and a half tables, has a queue of locals waiting patiently for a place inside and because its owner personally puts your meal together after you place your order then Chaitanya, the Malvani restaurant at Dadar, is where you should head to.

The ‘two and a half table’ bit might not be for long hopefully. I believe that they are moving to a slightly larger place close by soon. 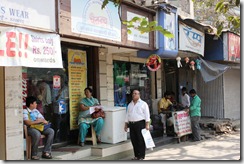 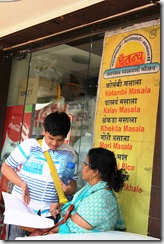 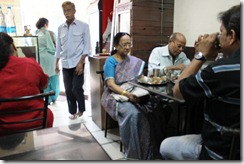 Chaitanya is difficult to spot. It is opposite Aswad at Dadar, slightly ahead of Sweet Bengal. Tiny but air conditioned. It is about a year old. The one at Mumbai that is.

The original Chaitanya is in the town of Malvan. It is close to twenty years old. Run by the Walke family. Oh, and in case you didn’t know, then Malvan is a town in the coastal region of Maharashtra. Seafood and coconut rule the cuisine there though they do some seriously good stuff with meat too.

Chaitanya at Mumbai is managed by Mrs Surekha Walke and her young son Mitra while her husband looks after the flagship Malvan branch. I got to meet Surekha at the end of a rather memorable meal on Sunday. She was quite busy though so we chatted in her kitchen as she put the orders together. The kitchen was tiny and yet looked quite organised, modern, clean and well planned. I asked Surekha if she was professionally trained. She smiled and said “No, but I’ve been doing this for about twenty years now”.

A plate of Bombay Duck fry got ready. Surekha explained to me “We don’t fry them whole as they break”.

Sort of thing one would do at home right? I guess they were not striving for restaurant-like ‘perfection’ here. It is more about the substance than form at Chaitanya 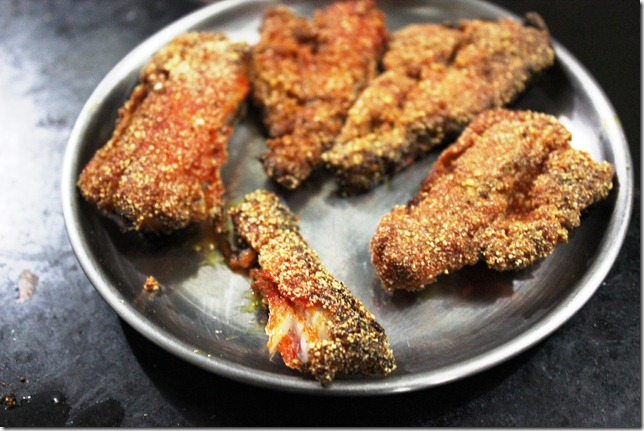 The catch is fresh. Surekha herself often goes herself to the VT market to shop for fish every morning. No, they don’t start cooking only after you arrive at Chaitanya. Restaurants don’t work that way. The preps are done but the dish is put together only after you place your order.

Surekha was preparing a crab curry as we spoke while  others were plating a pomfret and a prawn tail. 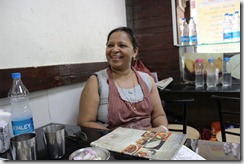 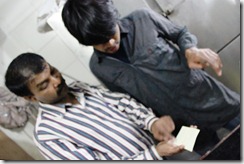 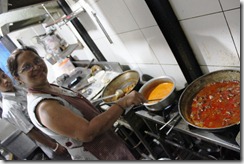 Her son, an aspiring hotel management student, Mitra, looked at me and said “We marinate the crabs in the masala. Can stay as long as you want that way. The curry is prepared separately. Mummy cooks the two together when the order is placed. The two are not mixed in the beginning. Do you know why?”

“Because the crabs will go soft…” I said.

Young Mitra broke into a big smile of approval. 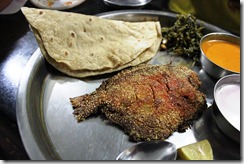 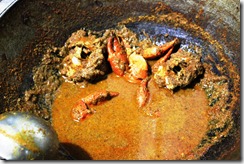 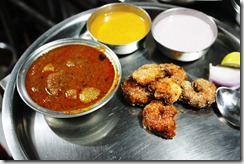 So what did we eat?

Well I was brought here by local food blogger and friend Sassy Fork who strongly recommended Chaitanya over a couple of other options that I gave. In a scenario like this I put myself in the hands of the person who chooses the place. So Sassy ordered.

We started our meal with a nice and cool sol kaki made with the fruit kokum. A drink typical of Malvan and its neighbourhood. One of my favourite Indian drinks apart from butter milk. 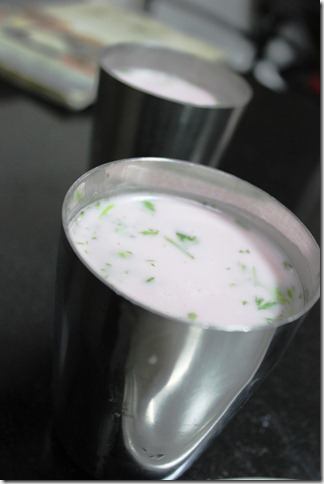 Bangda or mackerel fry followed. A dish I  never order as I find mackerel to be too chunky and wooden for my taste. 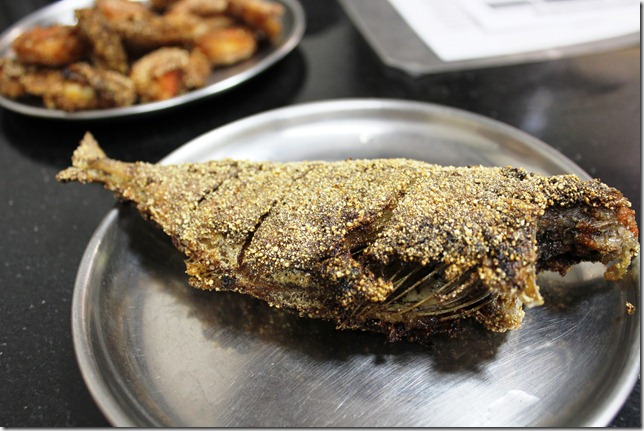 This one I bit into apprehensively.

A very thin crisp semolina crust which gave way to the most incredibly juicy and well flavoured bites of fish that I have had in my life. I was stunned by the culinary wizardry that had gone into this rather humble fish. The simple Banda after all doesn’t command the reverence that a pomfret or even a surmai (king fish) commands at Mumbai. Yet they had conjured such magic with the Banda at Chaitanya that I was converted into a fan. I happily munched away as bits of fish gave in so demurely with each bite. 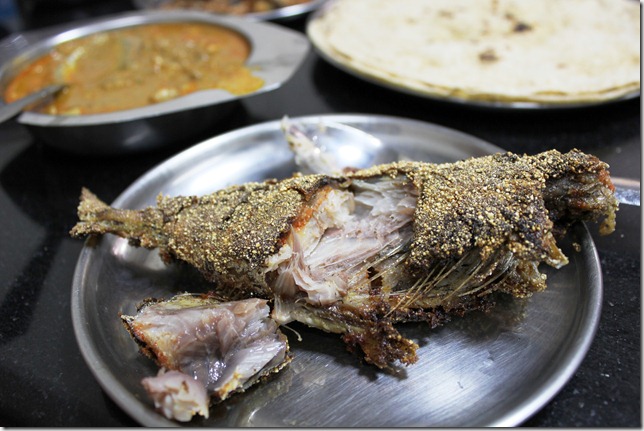 After the Banda we moved onto the darling of Mumbai and pretty much the whole world…prawns.

Again fried. Again with the typical Malvani rava or semolina coating. Again the crust very very thin, delicate and crisp. And the prawns once again stunning.

Juicy, bouncy. So fresh that they almost made you blush.

The secret to the freshness and perfect texture to the fries? Shallow frying and not deep frying explained Surekha. 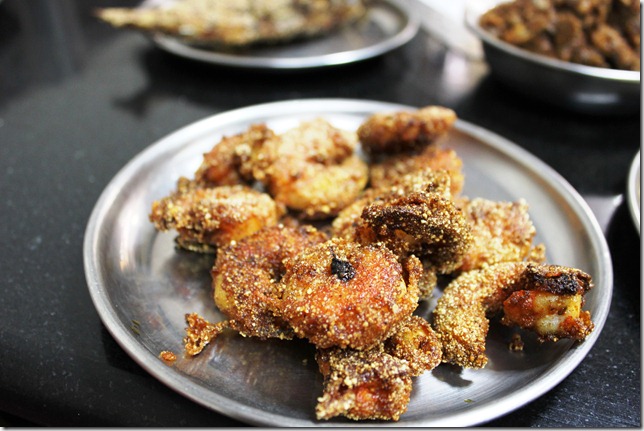 We were still on safe territory. The fries at Malvani joints, whether it is the pomfret fry at Malvani Aswad at Andheri E or the prawn fry at Highway Gomantak, are always a safe bet. However, the fish curries at Malvani restaurants usually don’t work for me. They seem to lack the punch or sharpness necessary to combine well with the thick rice that these curries are eaten with. Our seafood curry at Chaitanya arrived.

Not fish though. Oysters!!!!

I have never had oysters at Mumbai before but have had curries made with mussels, clams, crabs etc. My problem with these is that that masala douses the taste of the meat. I expected the same here.

I was wary. Prepared to underwhelmed.

The first sign that things would be different was from the look of the curry. The sauce looked thinner than usual. The preparation looked different too. Light brown like a Bengali curry and not the usual red. We ordered chapattis and not the standard rice.

I took my first bite of the curry. I almost swooned.

This was celestial. The curry drew its flavour and creaminess from the richness of the oysters. The taste heady, indulgent with a hint of bitterness…each bite of the oyster was like lolling on a hammock…soft, playful, pliant, relaxing…this was serious vacation stuff…far removed from the concrete outside…and yet princely in a way. More Monte Carlo perhaps than Malvan. Figuratively. 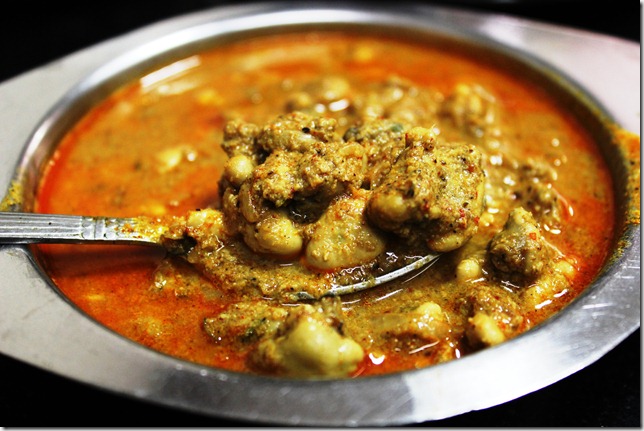 To end the meal after the soft lullaby-like silken notes of the oyster was the drum roll of the chicken shagotti.

Shagotti, as Surekha explained, means curries or dishes made with small bits of chicken. The chicken shagotti here was cooked in a bed of coconut based masala which was hot, spicy and yet not over-poweringly coconutty. Blending beautifully with the rough edgy masala were tiny juicy bits of chicken with some scrunchy organs thrown in too – stomach, kidney and the ever sombre liver.

‘Meat feast’ is a term serious meat lovers rarely use for chicken dishes.

The chicken shagotti at Chaitanya is one of those rare ones that qualified for this accolade. 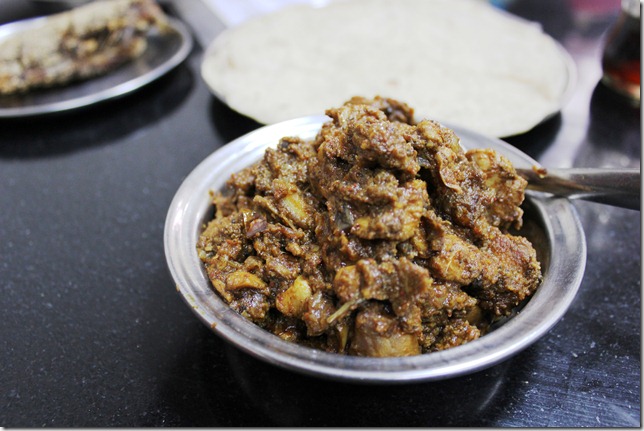 I don’t know about you but folks who tweet or write in facebook about places and add ‘go’ or ‘go now’ really irritate me with their rudeness.

But I would still recommend that you plan a trip to Chaitanya, or keep a watch out for their new location, for this seems to be a good place to try out a simple, fresh, near home-cooked Malvani meal. 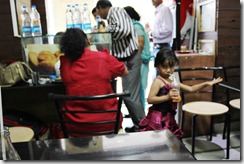 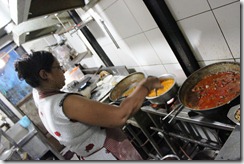 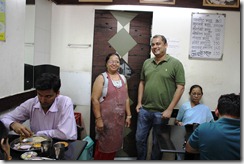 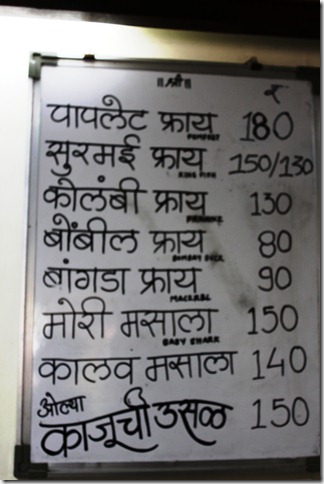 Nandan said…
Wow! I am going to try it next time I'm in Mumbai. The 'Olya Kajoochi usaL' is another quintessentially Malwani concoction that's definitely worth a try.
24 February 2012 at 04:35

Anonymous said…
Hmm..like how Malwani should be. I did recommend Jai Hind @ lower parel..that's more like a restaurant.
Also do you arrange any food walks in Mumbai?
24 February 2012 at 11:35

Kalyan Karmakar said…
@whenharrymetcelery...cross over to the dark side

@Nandan: will keep a lookout for it

@HCOF Somoo you should visit Mumbai

@Reeta: It was something

Anonymous said…
Hey Kalyan , i have been wanting to visit ur blog for some time now. Rashly knew that u know a lot about food. I have loved ur blog and I will keep coming to it every time I want to eat out. Thanks. Great work :).
8 March 2012 at 12:56