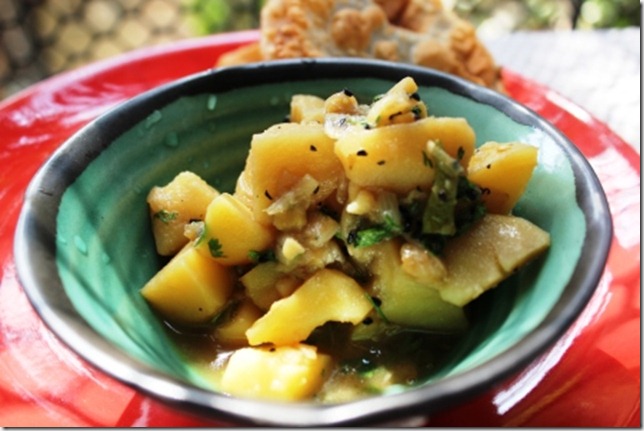 My Didu (as maternal grand moms are affectionately called in Bengali) makes this light potato curry which she serves with luchis or porothas.

The curry which can be described as a paatla alur jhol is a fixture in conventional Bengali households. Classmates of mine would get it with luchis or rutis (chappatis) in their tiffin boxes in school. Some Bengalis on twitter and facebook have told me that this curry forms a part of Sunday breakfasts at their homes.

It’s been a while since I have had Didu’s paatla alur jhol.

Yesterday I tried to get Banu, our cook of the shammi kebab fame, to recreate the dish Didu makes. The problem was that I didn’t have the recipe and my Hindi is often lost in translation when I talk to Banu. I just couldn’t figure out how to tell her that the sauce should have a bit of the potato starch in it. I don’t know what Banu figured out of ‘raas main alu ka thora safed hona chahiye” and yet we conjured a dish which brought back, through its flavours and aromas, a whiff of the magic of Didu’s cooking.

Here’s the recipe for my version of the paatla alur jhol: 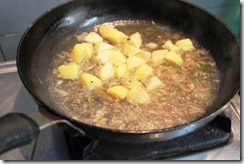 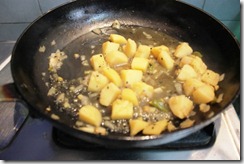 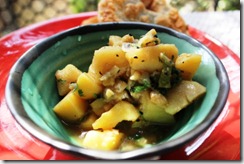 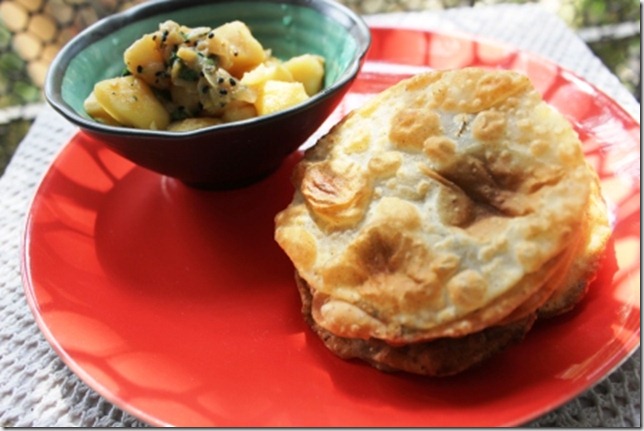 The beauty of the dish lies in the way the sharp and distinctive tastes of nigella seeds, onion and ginger and the heat of chillies all stand out and are yet brought together on the soft canvas of the potatoes. Of course grand moms had thought of this well before Masterchef Australia taught us how to deconstruct food in these terms. But then what’s Bengali cooking is all about. Simplicity, finesse and subtlety.

I called up Didu this evening and asked her to vet the recipe. Turned out that it was all good but there was one fundamental difference. She parboiled the potatoes and broke them and then added them to the curry. She didn’t add the potatoes raw. This would require less water as you are not boiling the potatoes as you cook. So this is the secret to the the ‘maakha maakha’ effect, that of the starch of the potatoes combining with the sauce, which we couldn’t get that well in my version.

Didu said that the taste would be different if the potatoes were not parboiled. She was tickled to see the pictures that I put up on Facebook which mom showed her on her phone. And you thought social media and mobile internet were only for kids?

Incidentally quite a few Bengalis suggested not adding onions in the dish and adding some sugar to it.

Didu doesn’t do that.  Talking of Didu’s cooking this is a post with some of Didu’s recipe. I wrote this before Dadu, our grandpa, passed away.

I am giving all options here – boiled/ not boiled, with onions/ no onions/ with sugar/ no sugar. You take your pick.

You know how hyper we Bengalis can be. I don’t want to have to ‘roll-back’ the post. 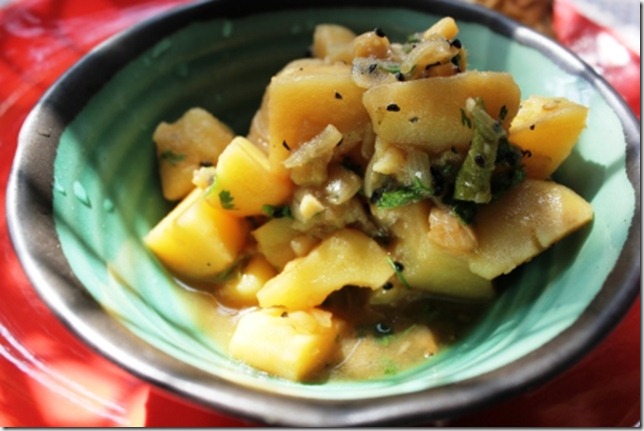 PS: Some comments from the Finely Chopped Facebook page. Join in for food discussions here

Sohini Datta Biswas The one my Ma used to make came sans the onions and ginger...just had Nigella seeds, potatoes, green chillies, salt and a slight hint of sugar...I still make them to accompany Luchi as Sunday morning breakfasts. :) Golden days!!!

Shraboni Gupta somehow i feel..onions and nigella doesn't go well with each other..nigella has a very delicate flavour..which is overpowered by the smell of onion..

Satyam Das I use a variation without ginger & onion and use mustard oil. It tastes awesome with Luchi !!

Pinku said…
hey this is our favorite luchir tarkari.

and yes we too dont use the onion ginger bit.

we have just got some mini aloos from Assam plan to make this with them. can tell you they will taste like heaven.
26 March 2012 at 13:40

Anonymous said…
Ah! the quintessential torkari of the Sunday "luchi-torkari" at my home. How I miss those days.... I agree with the no onions but sugar bit. Still, I must shed my misgivings and try your Didu's version too. It can only be excellent!!!

Amrita said…
Oh dear Gawd. The first eighteen years of my life I woke up every Sunday morning to face the dreaded patlaa aloor jhol for breakfast. Every Sunday. Without fail.

Its close to a staple in my family and I have to say that every time I visit my family in Kolkata now, it still manages to show up every other Sunday. Its one of those Bengali dishes that don't really care if you love them or hate them...it will simply reappear at every summon.
3 April 2012 at 11:05

Kalyan Karmakar said…
Amrita, well that mirrors my feelings of the paatla rui maacher jhol of my growing up days
3 April 2012 at 15:44

Malvan Hotels said…
Just had it in my lunch. Its my favorite dish... not too oily. not too spicy. Its very simple and goes well with anything like, roti's, chawal, puri. i will suggest doing an experiment and trying it with upma. might seem odd but its very delicious :)
10 April 2012 at 16:28