We headed to NH1 to grab a quick lunch while at work the other day.

NH1 is a restaurant located near the ‘cigarette factory’ at Andheri E. In a tiny lane, for some reason, full of tiny shops selling chicken. I later found out on facebook that NH1 is quite a popular restaurant amongst people who work nearby.

NH1 was fairly full that afternoon. The crowd, corporate. It was a fairly large cavernous large place. Dimly lit. A respite from the glaring sun and dusty roads outside. The decor supposedly modeled on the dhabas that dot the highways of India.

The lunch was an unplanned one so I didn’t have my camera with me. I picked up one of the Sony point and shoots from work before we headed out. The simplicity of which was a pleasant nostalgic trip back to one’s pre DSLR days. I was quite impressed by the way the camera, and later MS photo editor, helped compensate for the low light conditions. I was quite kicked with the picture I took of the paneer burjee and roti. Our table was by the entrance. I noticed that a ray of sunlight would come in the moment someone would open the door. I took advantage of this to take the shot below. You wouldn’t guess how dark the restaurant actually was by seeing the photo below. The menu at NH1 had a Chinese section as well as an Indian one. I thought that sticking to ‘Indian’, essentially Punjabi, made more sense.

I suggested a paneer burjee as the colleague and friend I went with is vegetarian.

The burjee was pleasant and well with the rotis. But like most restaurant paneer burjees it was an opportunity lost.

Paneer burjee is a mashed/ scrambled paneer dish which is best made at home. At the risk of sounding a like a Bengali mother of the 80s when talking about restaurants I must say that I make a much better paneer burjee than the one at NH1. The deal with paneer is that it has a lot of inherent fat and cream in it. One can cook the dish with very little external oil and instead use the natural fat of paneer while cooking. This allows the creaminess of good quality paneer to flower in its full glory. Makes it one of the easiest dishes to cook.

The problem is that most restaurants, like NH1 in this case, use an excess of oil to cook quickly and avoid tending. The flipside is that you lose out on the taste of the paneer as what you get at the end is one inert mass. Texture lost. Simplicity lost.

The paneer burjee at NH1 dish was adequate but unlikely to set your taste buds on fire. 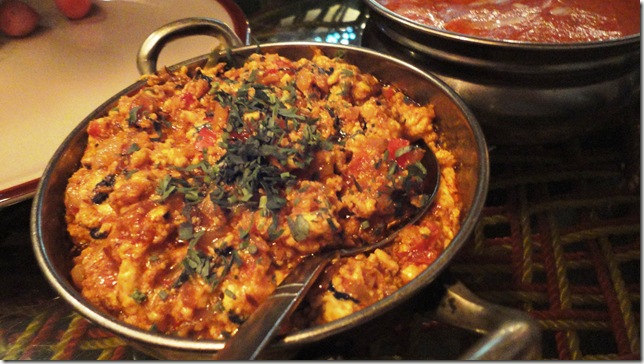 I usually order lassis in Indian restaurants. Doubles up as a dessert too. The lassi at NH1 was quite thick…sweet…but not excruciatingly. A fair balance of indulgence and simplicity. 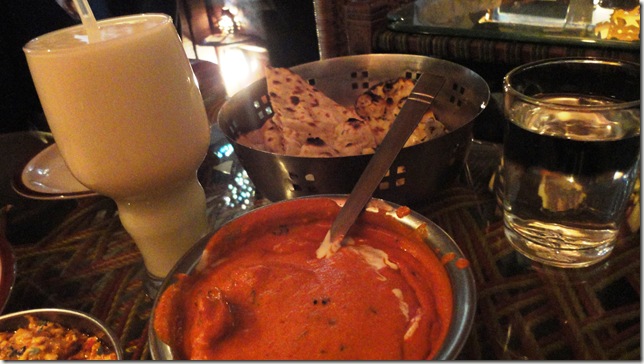 For non-veg I ordered a dish I rarely order. Butter chicken. I normally skip the curries in Punjabi restaurants and go for the tandoori chicken. I made an exception that afternoon.

Perhaps the mention of the ‘Thai red curry’ in the rather ambitious menu at NH1 made me subconsciously go for this ‘Indian red curry’. Or  it could have been @TheBigBhookad and his tweets the previous day searching for the best butter chicken in Mumbai.

Well I am not qualified to say whether the butter chicken at NH1 is the best in Mumbai or not. I don’t know what defines the ‘ideal butter chicken’. I remember reading the sociological travelogue ‘Butter Chicken at Ludhiana’ years back in school. The only thing I remember about the book was the author’s claim that no two butter chickens taste the same.

I remember having a butter chicken from Chawlas at South Delhi which was intoxicatingly creamy. And once at Moti Mahal at Delhi’s Def Col market which once again was fairly full blooded and robust. Butter chickens in Mumbai though rarely touch the spot.

This monochromatic dish with its uniform colour, monotonous texture and one dimensional taste never excites me here.

Though I must confess that most butter chickens that I have had in Mumbai are at buffets.And buffets of course are the graveyards of good taste.

In absolute terms, the chicken pieces in the NHI butter chicken were at least succulent. The curry not overtly sweet. I finished most of the meat and a politically correct and conservative amount of the curry. 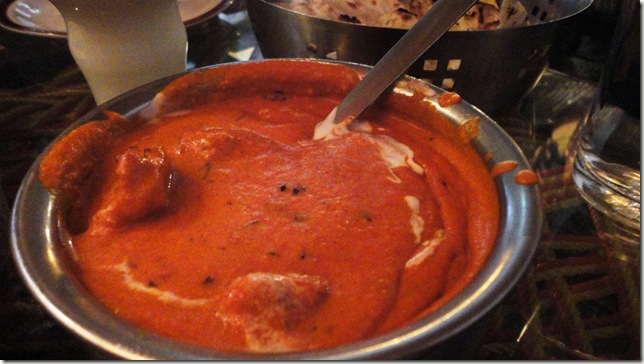 The service at NH1 was efficient and proactive too. The waiter told us not to go for a roti basket as that would be too much for the two of us. The place is reasonably quiet and allowed us to have an interesting conversation on why Indians, specially men, need waiters to serve the food on to the plate rather than take it themselves.

Given how barren Andheri E is, NH1 is definitely an option one could look at. And if you are having a bad day at work then they have a bar too.

Praveen Kumar said…
I had been to NH1 while on my visit to bombay (i prefer this than mumbai) and i loved this place. After the meeting, we stopped here for lunch and it was good.
Will be there on my next visit too.
29 April 2012 at 11:07