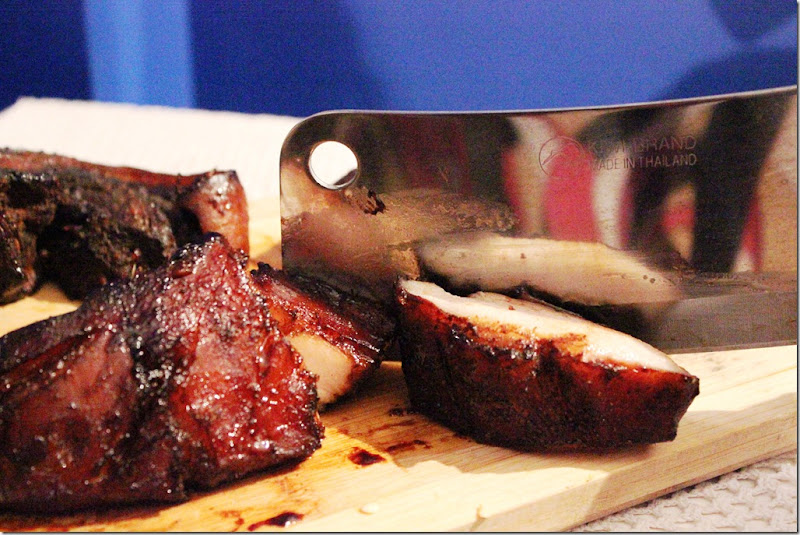 There was much mirth and leg pulling today on twitter after I first tweeted about the Bombay toast sandwich and then about a planned trip to lose my, vegetarian restaurant icon, Swati Snacks virginity.

“Finely Chopped’s gone veg” went the chant. A bit like a group of kindergarten kids taunting…”Barnie’s got a girlfriend’ and all.

So this post had to be written. Just to get in touch with my carnivorous side.

The story of finally cracking pork belly this weekend.

Just as Professor Higgins needed Pygmalion, a good cut of pork is my muse in the kitchen. Perfecting the belly in a manner which I am sure would make a Hainanese granny approve made me smile.

I had picked up a slab of pork belly from Meghna Agro for a press shoot. But then I was reminded that we don’t talk of politically incorrect meat on Indian media. I put the pork in the cold storage and tandoori’d some chicken leg instead for the shoot.

Thankfully, as Kunal Vijaykar told me on the topic, ‘you bloggers are lucky’.

So while it’s legal here’s the recipe of what I did with the pork belly.

The recipe was inspired by a food truck programme that I saw on Fox Traveller. Food trucks are the current food craze in the US from what I believe. And this was a truck that served pork belly sandwiches.

The cooking style is based on what I remember what I saw there. The recipe is exceedingly easy. Triple cooked as they say in the trade. In this case…1. Braise 2. Roast 3. Stir fry.

Though you could have left it after stage two. The pork was ready to eat & quite char suey’ish in form and texture at this stage itself.

This was also the first time that I cooked an entire slab of belly and then cut it. Before this I’d get the butcher to cut it and then come back and cook the cut pieces. At the end the ease with which I cut the belly using the cleaver I bought at Chiang Mai was so self satisfying. 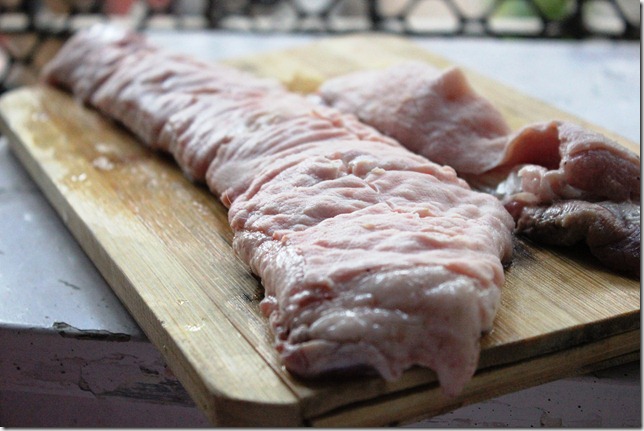 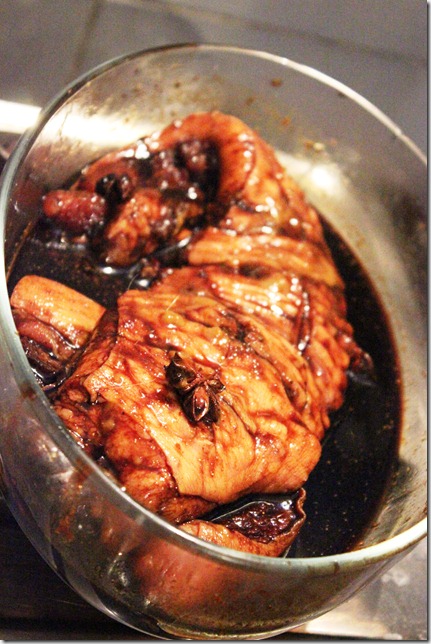 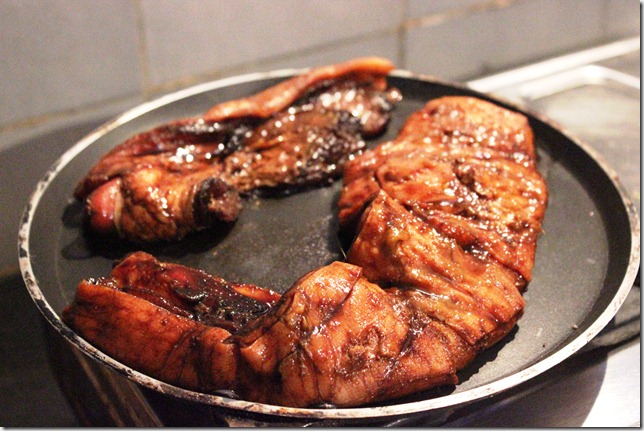 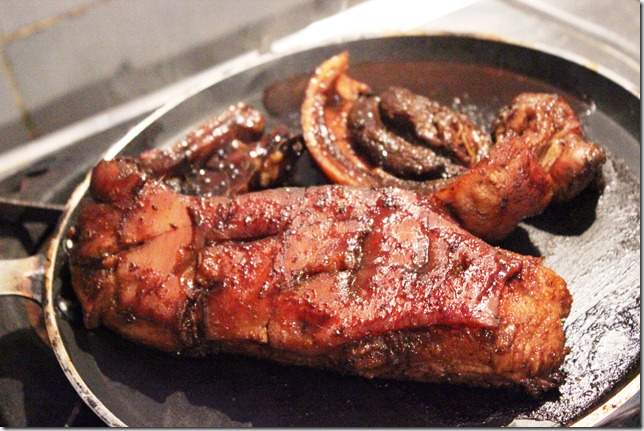 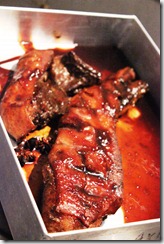 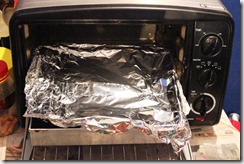 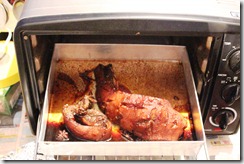 I looked with awe as the cleaver went in cleanly through the meat and the cherubic pieces of pork smiled at me. It was such a sense of triumph to see the pork cook so perfectly.

The Pune Warrior Vs Delhi IPL match was going on on TV while I cooked. Dada had just taken a wicket on the first ball and was celebrating in a manner reminiscent of  Shoaib Akhtar meets Lillee.

I could have done that after I cut the pork.

I was as thrilled. 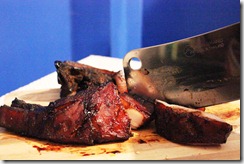 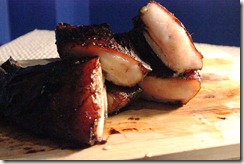 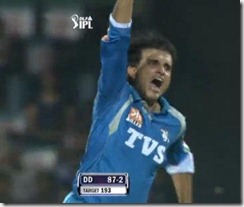 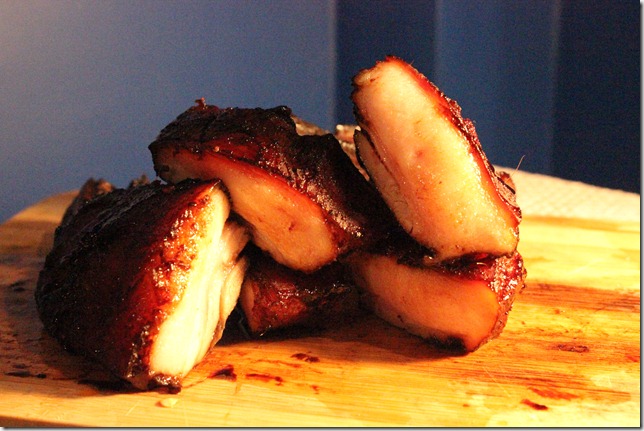 Frankly the meat was ready to eat at the point with a char siew or siew yoke like consistency.

You could serve it as a starter. Can put in to roast when guests arrive. Get the roast to table and carve it with fanfare. You could have it with steamed rice and chilli sauce as the Chinese of Malaysia and Singapore would.

However I did not leave the pork at that and moved into step 3 as I had planned to triple cook and not double cook it. The plan was to add bokchoy as friend and reader Chef Kunal Dhume of Melbourne once suggested. Plus chillies. And sprouts. The latter a touch I picked up at Penang and Chiangmai.

Don’t tell the vegetarian brigade this, they will get encouraged, but I actually like a crunch of greens adding a spring to the doughty bouts of meat when it comes to pork these days.

The pork is actually cooked so you don’t want to cook it too much. More like adding a seasoning of greens and chillies at this stage. 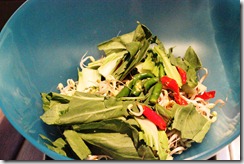 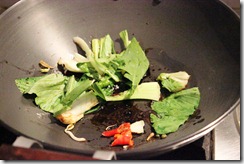 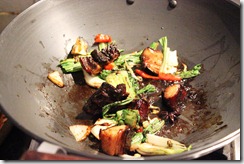 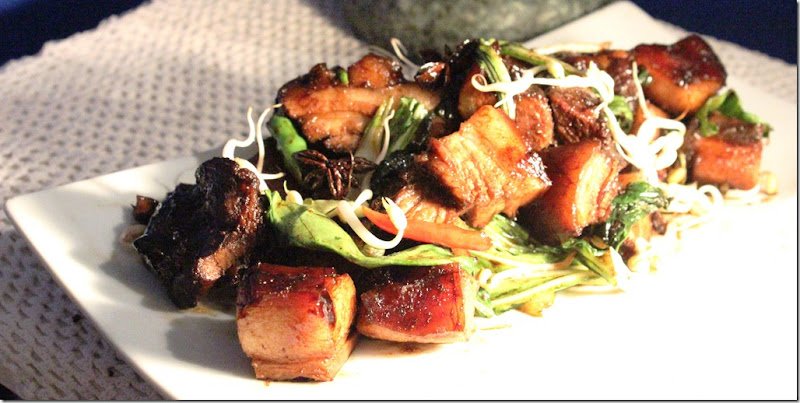 You could have this with steamed rice. That’s how they have it in the Malay peninsula. Or whip a quick bacon fried rice like I did that night. Took 5 minutes. Here’s the recipe 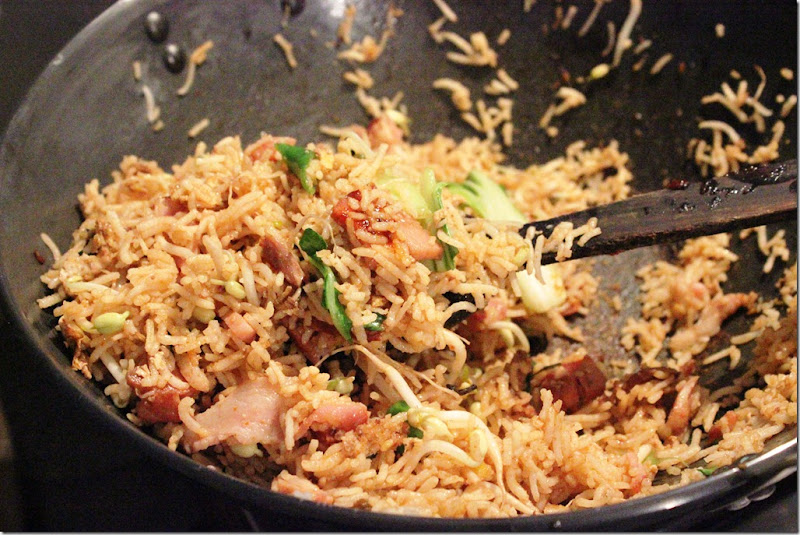 And here are the tweets that led to this post :) : 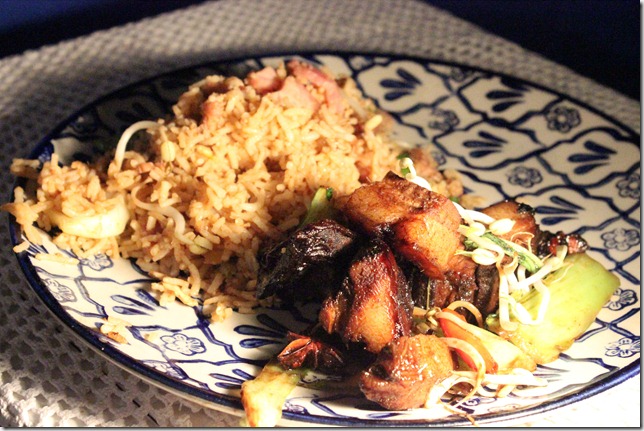 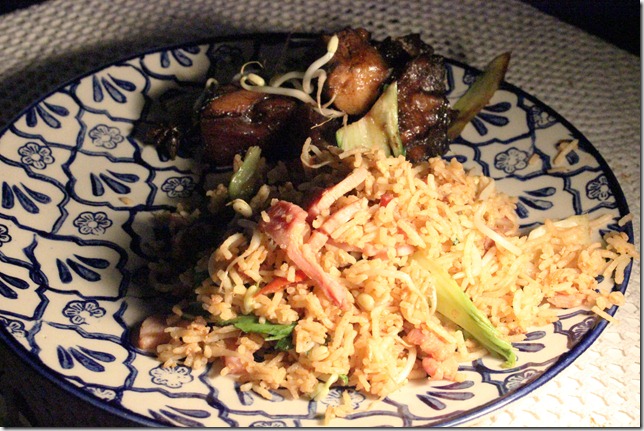