Tandoori chicken glammed up. The making of the The Times Life shoot

on April 30, 2012
If you remember I had written that there was more to the story when I wrote about the pesto pomfret recently.

Well the second half of the story played out yesterday.

It started first with the tweets and texts and fb mails that I got from across the country and then the newspapers were finally delivered at our place. 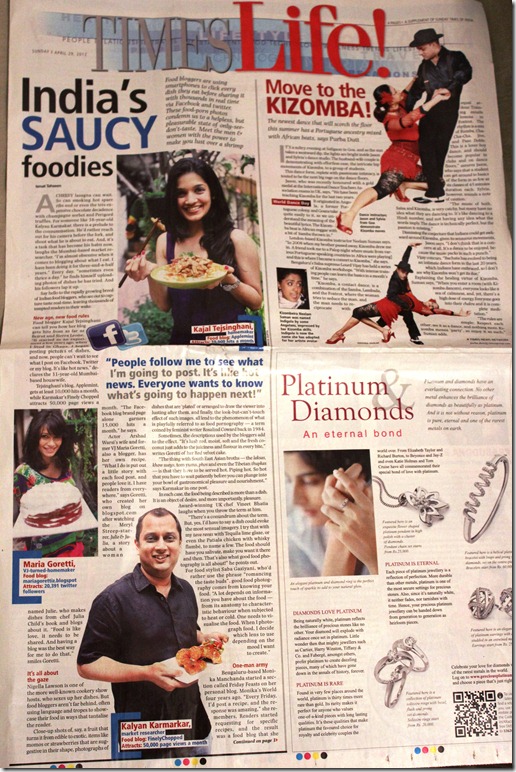 The story Times Life did on us was out. On the front page.

I was overwhelmed with the messages, calls and wishes coming in. Blog page views tripled. Friendship requests, follower counts went up. I realised that a front page Times Life release in media terms possibly has the same impact as using Tendulkar as your brand ambassador.

Oh yes, we in the social media do love the big daddies of mass media. Specially at times like this.

So thanks Ismat, Anuja and the team at the Times.

There were three of us at the shoot.

There was Maria Goretti, whose terrace we shot at. I’ve been reading her blog for a while and she writes some pretty powerful stuff along with the stories of her bakes and cooks. Her recent posts have been from the cooking course she attended at Europe.

This is the link to Maria’s blog. Maria was the perfect host that afternoon. Very warm and did not make me feel bad at all about my being 45 minutes late in reaching. 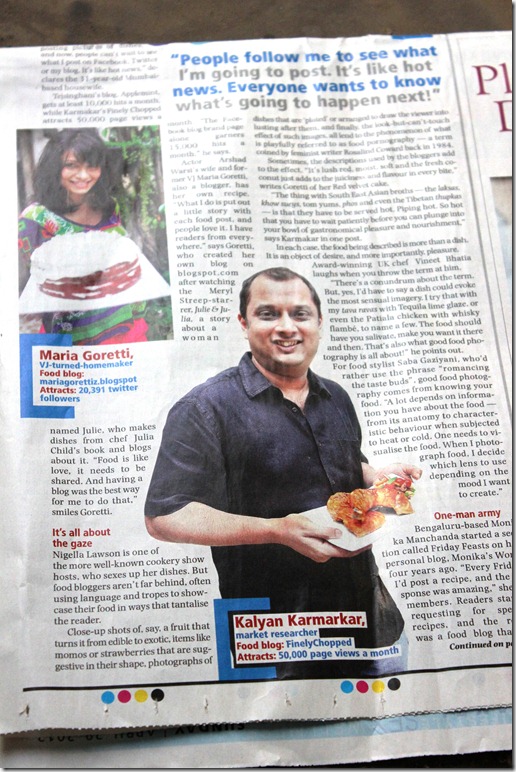 (It’s Karmakar without an ‘r’ by the way)

Maria had grilled some beautiful chicken and even vegetables which looked so tempting and introduced me to roasted garlic cloves. Her piece de resistance was, the dessert that is the darling of Mumbai these days, a many layered moist & scrumptious red velvet cake. 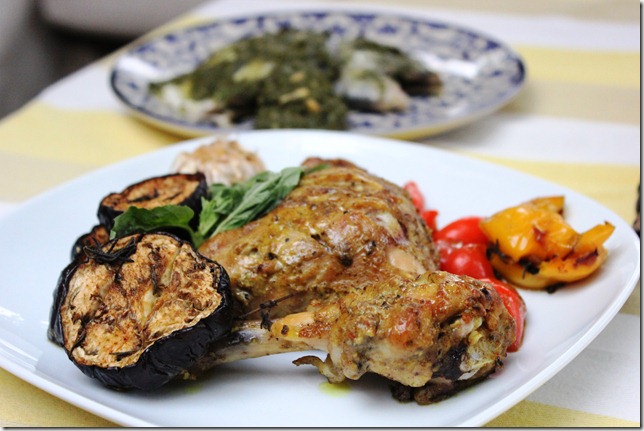 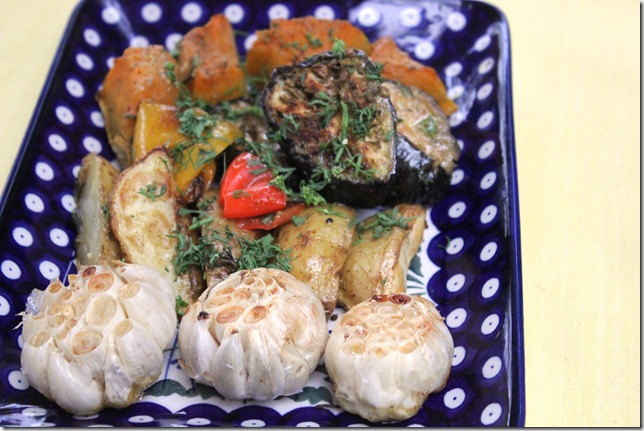 Another blogger whom I met for the first time was Kajal Tejsinghani. Her blog is called Aapplemint. I checked out Kajal’s blog before coming to the shoot. I knew that the feature was on photography and as I saw the exquisite stratospheric photos on her blog I wondered why they had contacted me for the same feature! The pics Kajal takes are in a different league.

As is the cooking Maria dishes out on her blog. 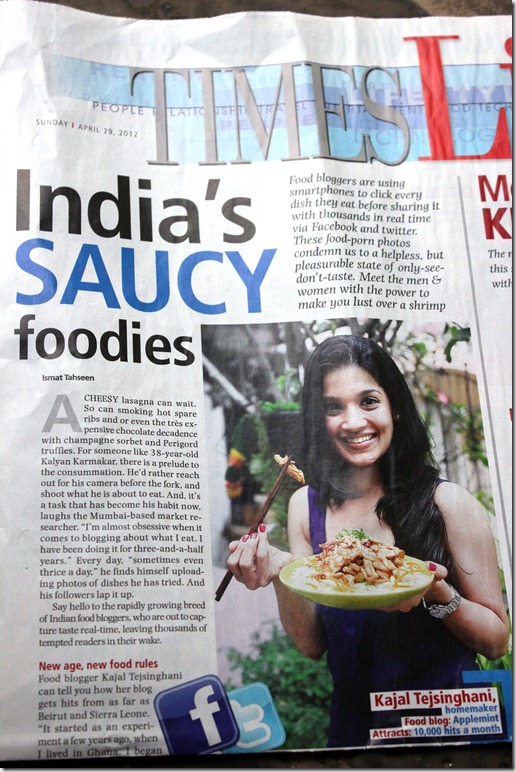 Kaajal had got some really cherubic chubby chocolate chip muffins. She also put together a beautifully balanced Oriental salad. Those things always photograph so well. And taste exquisite too. 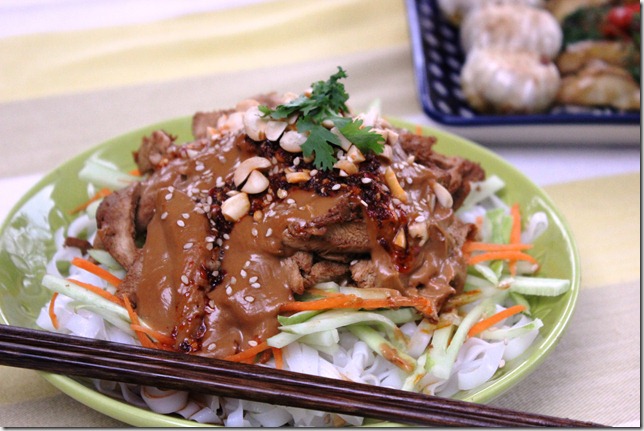 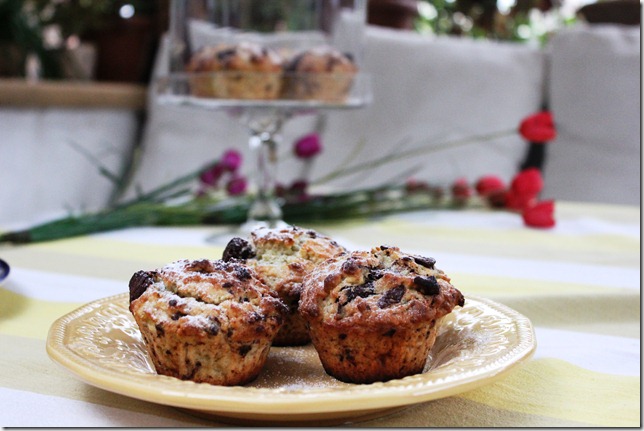 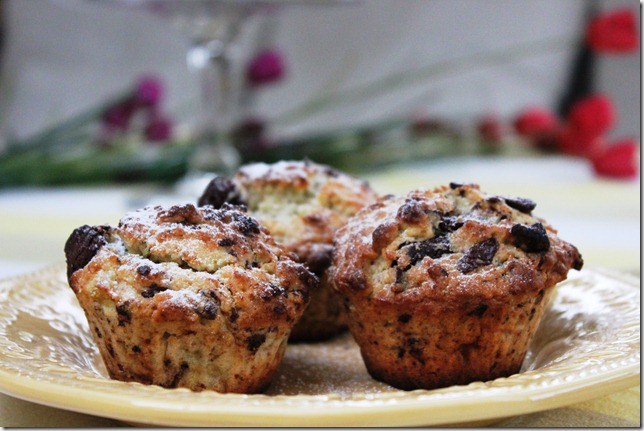 I got the pesto pomfret for the shoot. 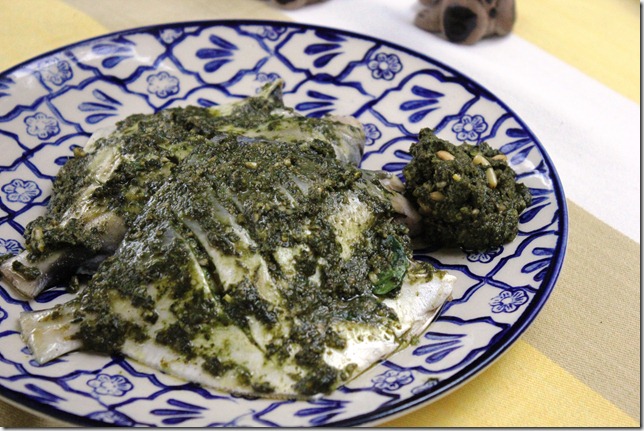 Apart from the fish I had made some tandoori chicken as well. A politically safe meat, which made it to the cover.

I dressed it up a bit for the shoot and thought I’ll share the secret for making ‘good looking’ tandoori chicken at home.

Well it’s primarily the redness that one aimed for and I used Kashmiri mirch for that and the Mediterranean spice, sumac. The sumac adds to the redness without making the dish hotter. And a touch of extra virgin oil brushed on for a bit of glitter to make the earthy chicken fashion shoot friendly. 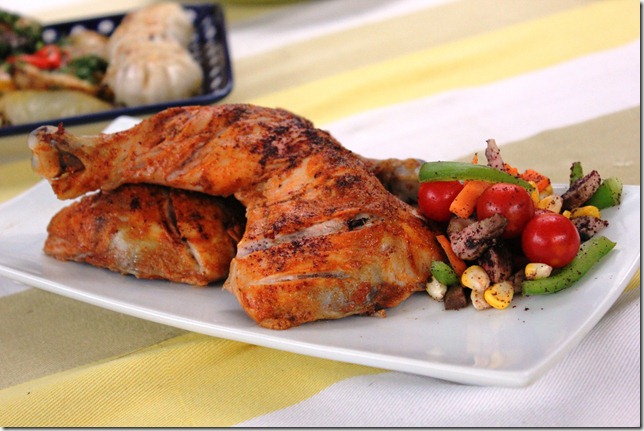 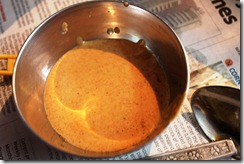 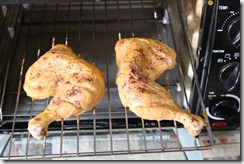 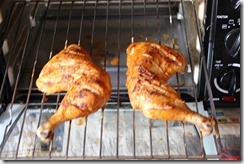 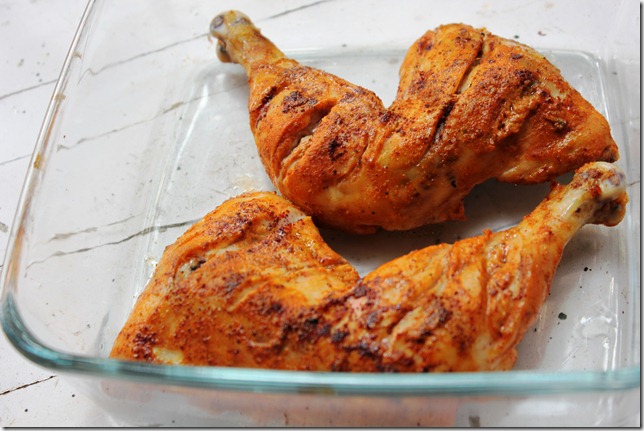 Anuja, the photographer, completed the shoot very quickly and then we dug into all the beautiful and delicious food. 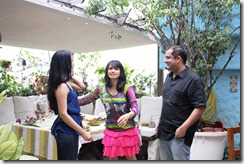 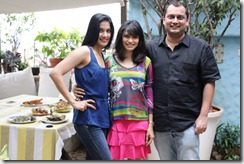 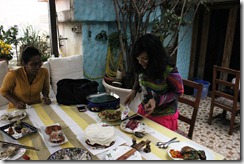 One person from the feature whom we missed that afternoon is my twitter friend from Bangalore, Monika Manchanda. Her food blog is called Sinamon Tales. She’s now taken her blogging to the next level as she retails her bakes and conducts some pretty popular cooking classes too. 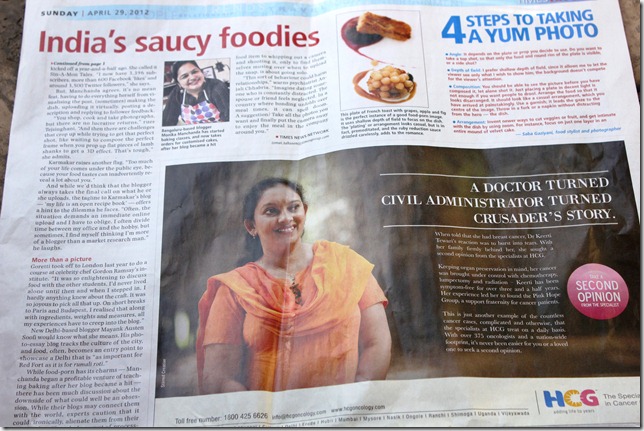 Thanks once again to everyone who has written in, messaged, congratulated us on the feature.

Yes, I have not stopped grinning since yesterday morning.

This is the link to the e paper with the article and this is the text link.

Kajal - Aapplemint said…
Hey Kalyan, to be honest I've been feeling exactly the same as you have been. The response to the article has been insane and it still continues.
I'm thankful to the times team for bringing us all together. So glad to have met the both of you and see your wonderful blogs. I'm addicted to them :-)
30 April 2012 at 22:26

Aditi said…
:) I guess you wont stop grinning for a long long time! Must be such a good feeling for all of you!

Tandorri chicken looks real nice as does the fish and roasted garlic and chicken! And Maria seems to have a gorgeous terrace :)

Nikhil Merchant said…
Superb Kalyan. Love it when fellow enthusiast's have their share of the media-pie : and a large slice at that... good going Maria, Kajal & Monika too :)

Kalyan Karmakar said…
it's so overwhelming isn't it...today the building security guys said mast photo, the malvani restaurant owner said 'aapka photo nikla' when i went for lunch, my doc texted me congratulating me and a client called up and then offered a project :)
I'm so glad that I got to know you and your blog thanks to the project...we must catch up again
2 May 2012 at 16:18

Grinning right back at you Somoo and thanks so much :)

@aditi: still grinning and yes they have a lovely house and are very warm hosts

Shobita said…
Congratulations Kalyan, you are a bonafide celebrity! Now you should start doing airy-faery kisses. Grab hold of K or the next thing you know you'll be among the clouds. :-D
Mmuuaas dahling...
Shobita
3 May 2012 at 04:16

@Shobita thanks and as Gavaskar said while commentating in the PWI KKR match real kisses are better than air kisses (sic)
7 May 2012 at 16:49

ShobitaK said…
With the great oceans in between us real kisses have to be blown into the air hence becoming air kisses. But they are real nonetheless.. ;-D
20 May 2012 at 23:43