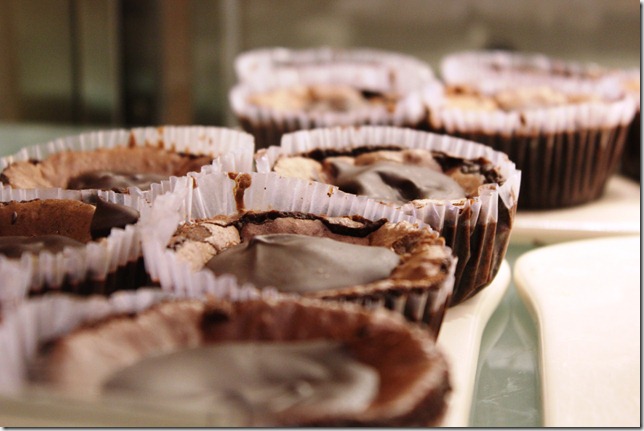 I guess Le Pain Quotidien at Colaba is the only place that could inspire me to get up on a Sunday morning and drive all the way to town via the Sea Link for breakfast.

There is a certain feel good factor about the place that draws one there. It leaves you with the languorous feeling that is so typical of a weekend. The ambience with its high ceilings and wooden hues, pleasant service, cheerful food…there is a certain charm to LPQ that envelops you in its glow when you are there.

A new branch of LPQ has opened at the Bandra Kurla Complex recently. Towards the beginning of BKC in the complex which hosts the California Pizza Kitchen too.

I got to know about it from their PR folks who had sent an invite to come and eat Le Pain Quotidien. I normally stay away from organised reviews. Don’t feel comfortable doing them and find them too artificial. But I did decide to go to LPQ as it is close by, I like the place and there was no compulsion to write I was assured. I had planned to go for a weekend breakfast  but finally ended up going there mid week for dinner.

The new LPQ, like the one at Colaba, has that certain French charm which is so quaint yet artistic. Visions of  which for many of us is conjured by Hollywood films and Samantha Brown’s jaunts on TLC. 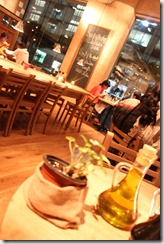 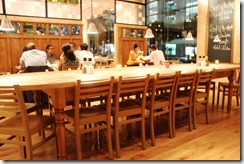 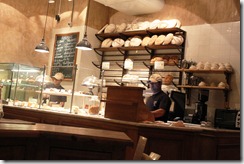 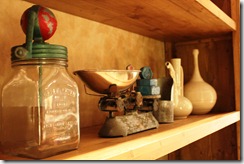 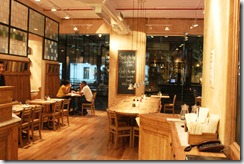 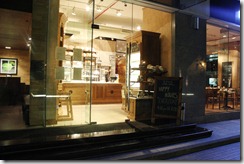 While I like going to LPQ for a late breakfast, this visit was at dinner so I tried a few small portions of stuff I hadn’t tried at the Colaba outlet.

That’s the idea of a tasting versus the real deal. You can try out a variety of stuff. Pity you don’t get small plates in India.

First of the dishes was a French onion soup which added to the melancholy miasma that shrouds a solitary table. The invite was two but I don’t feel comfortable these day with the freeloading that a review entails and prefer going alone. The cheese bread was the only bright touch in this clear onion soup. I don’t think I have ever liked French onion soup. I should stop trying to.

Unless I come across what Pradeep Rao described how French onion soups should be on the Finely Chopped facebook page when I put up the picture.

“It needs to be made with strong beef stock and completed in the oven with a slab of gruyere cheese completely covering the bowl, like they do in France. Then it tastes really good esp the soft onion in the soup. I have never had a really good French onion soup here, just half hearted ones.”

The one at LPQ was rather weak hearted. 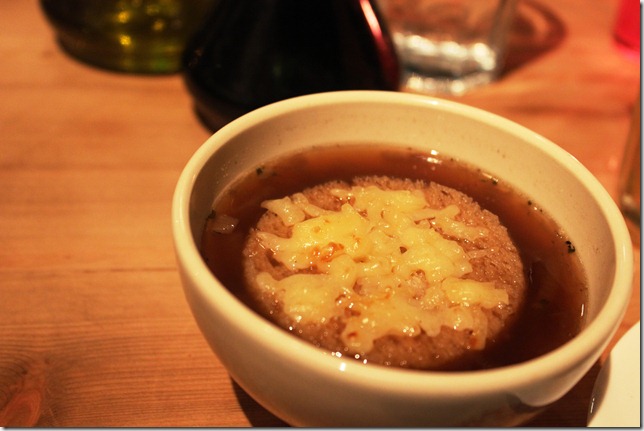 The bread takes a bit of getting used to at LPQ. they tend to be fairly dry as they are virgin whole-wheat, rye sourdough breads and not the indulgent, soft, anything but strict breads that surround us. If you like the buttery loving of bread rolls and brioches then the rather disciplined bread here will scare you. But if you are made of sterner stuff then this very European bread might catch your fancy. 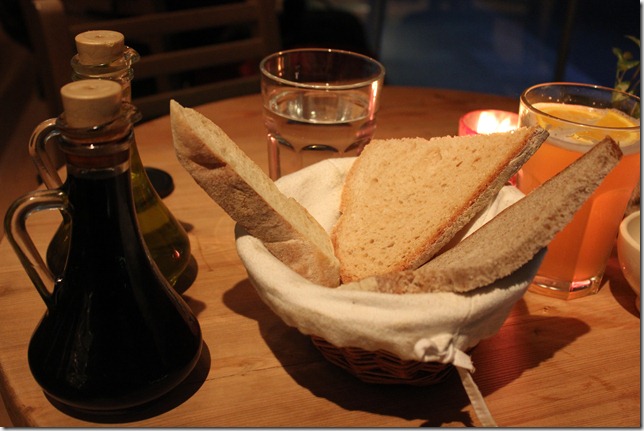 I tried one of the new salads. My trips to Australia has done this to me. Make me like salads.

This one was a mandarin salad. A very interesting taste mix of tangy mandarin, sweet boiled beet, juicy cherry tomatoes and the zesty rocket leaves. There was ricotta according to the menu which was quite invisible as the focus, I was told, was on the mandarin. There was a faint balsamic reduction too. If you are into salads then this is quite a competent one. 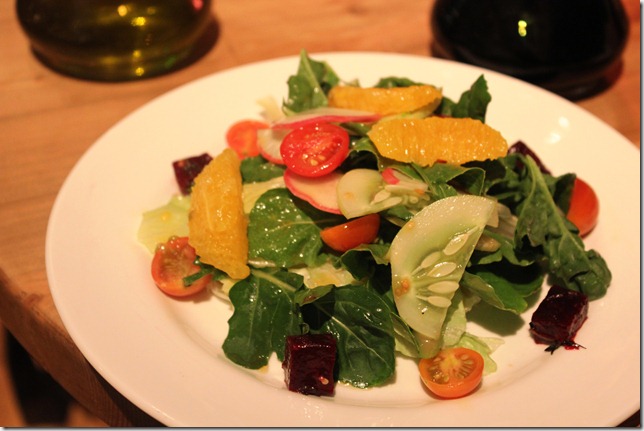 For the mains I chose the braised pork.

The braised pork at LPQ has to be, review bias or no review bias, one of the best pork dishes that I have had in town.

Again an instance of the combination of diverse tastes coming together so perfectly in a dish. Pliant thin pork belly slices in jus which gave a central meaty texture to the dish. Meatiness cut with tangy bits of tomato, an apple soufflé which was more garlicky than sweet and complimented the meat well with its sharpness and then a side of creamy buttery bacon broccoli and bokchoy. Add all these elements together to give you an unforgettable palate experience. 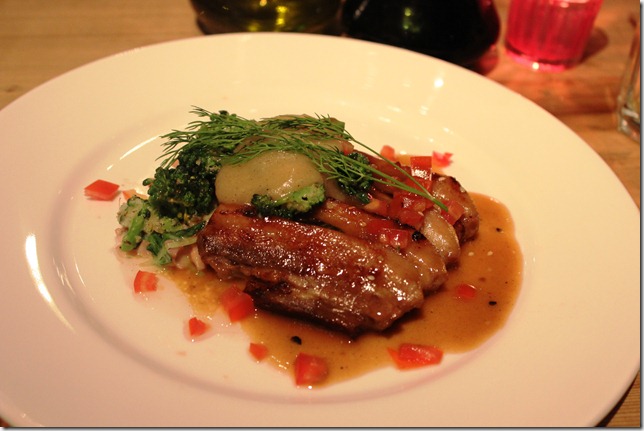 I also tried out the Asian inspired laksa tagliatelli  with chicken. The pairing intrigued me.

The laksa paste was sharp, authentic and added a certain piquancy that is foreign to pasta. The chicken was cut in a typical Asian was. Fairly tender and well seasoned. They say that Marco Polo had taken back the idea for pasta after his visits to China. This dish at LPQ conjured by an Indian chef seemed to complete the story.

The dish was no comparison to the braised pork as a dish but if food fusion interests you then you might want to try this laksa pasta. 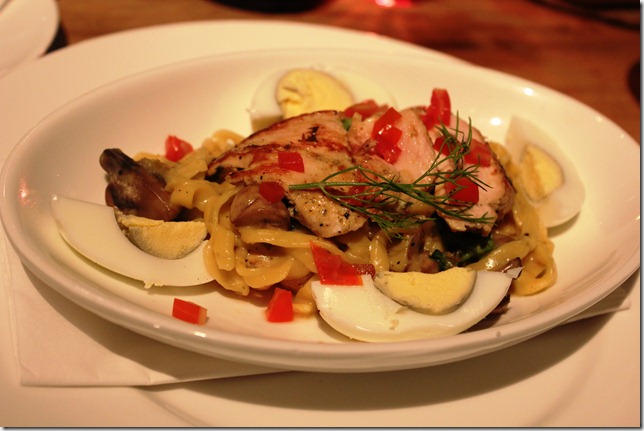 I have had most of the chocolate LPQ desserts at Colaba and so chose a lemon tart to go with a nice strong decaf coffee.

The lemon tart was quite a pleasant experience and seemed a lot lighter than the average LPQ dessert. I finished most of it unlike with their other desserts. There was a certain cool, tanginess to the lemon curd which was just right for summer. 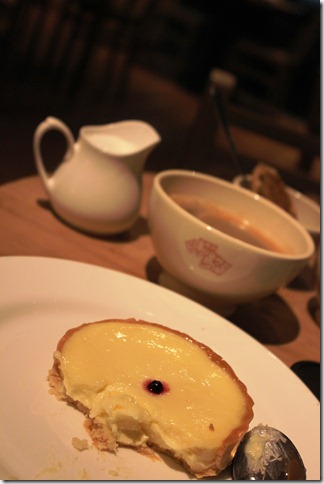 Examination done I headed back home.

The evening was an example of why I don’t like reviews. I was incredibly bored. The experience very ersatz with my having to give reactions after every dish to the manager. At least there was no pressure to write. Perhaps if Vodafone hadn’t taken two days and counting to activate my sim in the new phone I could have played on the net on the phone while I ate.

Or, of course, not been pig headed and not gone alone.

Still, the braised pork made up for it. 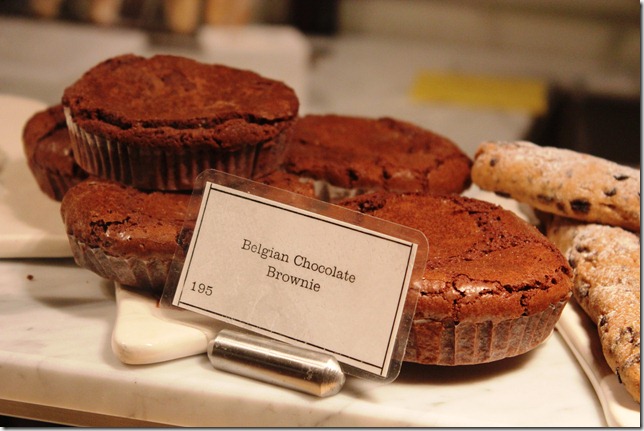 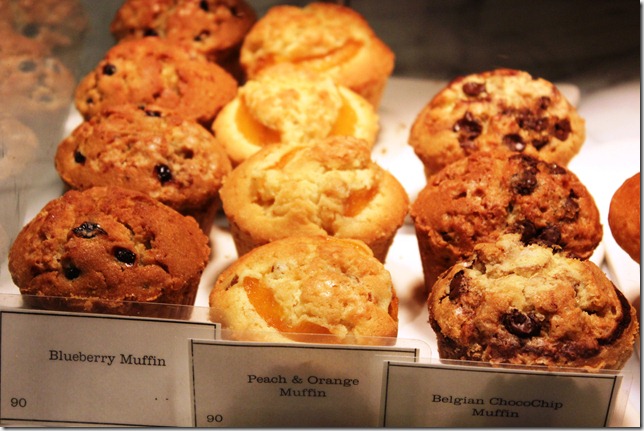 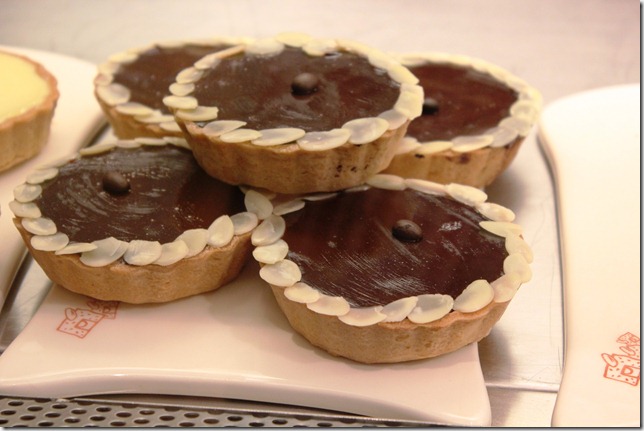 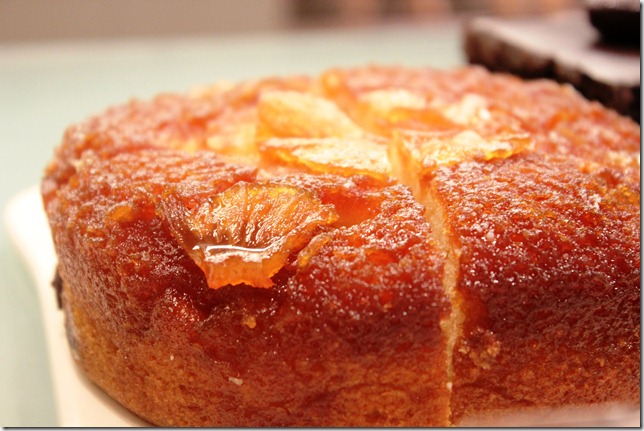 Kalyan Karmakar said…
def not cheap...the pricing would be at par with the indigo delis, tables, moshes of the world
6 June 2012 at 02:04