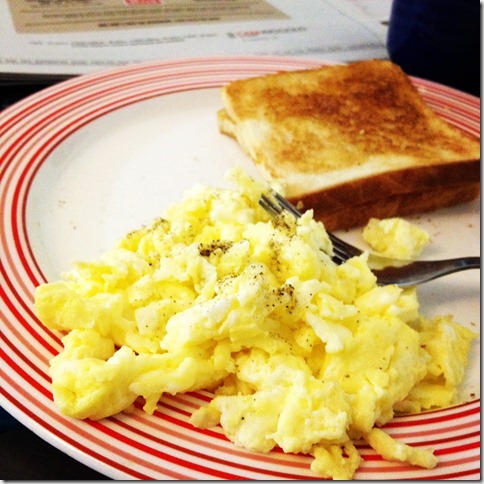 So do you guys watch Junior Masterchef Australia?

They are showing its first season in India on Star World and many are hypnotised in its spell.

I used to watch the second season of Masterchef Australia when they showed it here. Wasn’t as obsessed about it as a lot of others I knew were. A pure food show and a reality show  on top of that is not the mix that drives me crazy. But I liked the general vibe of the show, the great food shots and techniques, the diversity of food… there was a lot to learn by watching it. On techniques and on the world of food. I would catch it if I was around a TV when they were showing Masterchef Australia but my life didn’t revolve around it. The third season of Masterchef Australia, which was the second season shown here, was a bit a tear jerker and that left me cold. as in the case of most people I knew, the Indian Masterchef or the one from USA didn’t work for me at all. 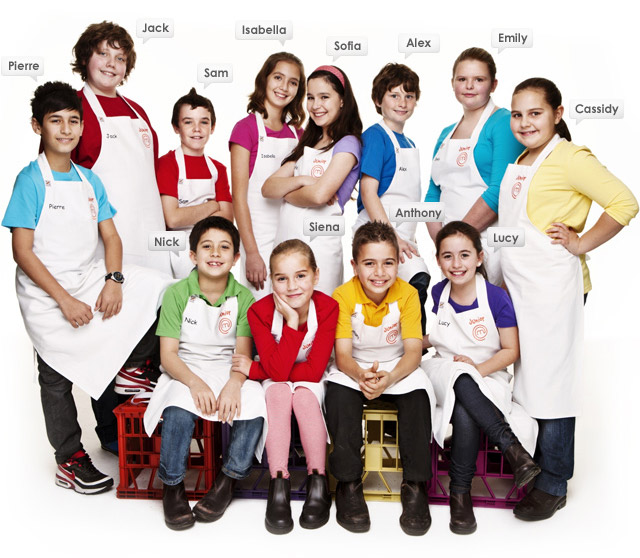 Then came Junior Masterchef on Star World. I caught the 2nd or 3rd episode and was enthralled. The next time it came on TV, I was about to shut off the TV and head to the comp, but stopped as the little elves caught me in their spell again. Their cooking wizardry is humbling. I don’t think that even the grown ups in Masterchef Australia cooked so well. The confidence, technique and the plating of fairly complex dishes of the kids astounds one. And the air of positivity the show…the judges…as someone said more like ‘mentors’ than judges…so different from other reality shows or even their regular selves in the grown up Masterchef. So refreshingly alluring.

These kids are unreal. The stuff they cook. The things they say. Their professed passion for food. When I was 8 the only thing I had ever made was cheese sandwich and I had to cut the cheese under supervision and I doubt if I was allowed to touch the gas burner when I was 13. Which is the range of the elves on the show.

Unlike the other Masterchef series my interest in this one hasn’t waned. Whenever the show comes on TV I sit and watch stunned at the gifted and talented cooking that the child prodigies or chef-lings, as Gary calls them, exhibit.

Yes, off late the kids behave a if they have been choreographed by Saroj Khan, acting out each and every emotion but they are still light years away from the hamming of the Baby Guddus and Master Rajus of Hindi films of the 70s and that very teeth gnashingly precocious girl in Kuchh Kuchh Hota Hain. There’s is a certain innocence in the attempts of the junior master chefs to act as grown ups. A fine line separates them from what one calls ‘beshi paka’ in Bengali or ‘over smart’ in school patois from our growing up days.
Yes, there are some conspiracy theories about the kids being coached and that everything that we see on TV is not as it really happens. But then there are people who say that Santa Claus doesn’t exist either!
The stuff that the kids in Junior Masterchef Australia cook seems so ethereal and aristocratic that I just sit back watching them, humbled. Recently there was something that they cooked which I could have actually cooked too. A dish I have not made before.

The simple and humble scrambled egg.

Scrambled eggs were part of the basic kitchen skills which the little elves were tested on in the episode last night.

I woke up this morning, reached out for my new iPhone and said ‘Siri, can you make me breakfast?’

“I cannot.’ Said Siri firmly and snuggled back under the sheets.

(Incidentally, given the amount of battery she consumes she is still very slim and as Arjun pointed out, very ‘hot’ too. Wonder if I should return it. The batter barely lasts for 4 hours and the phone gets very hot.)

I was wondering what to do for breakfast when I remembered the scrambled eggs from last nights’ episode. I called for breads and eggs and then breakfast was ready in a jiffy.

I used butter and didn’t toss out the yolks in deference to the little kids who inspired me…kids who, unlike us, are not condemned to a butter less egg whited cholesterol panicked world.

So here’s the recipe for scrambled which is based on what I saw the kids do on Junior Masterchef last night. 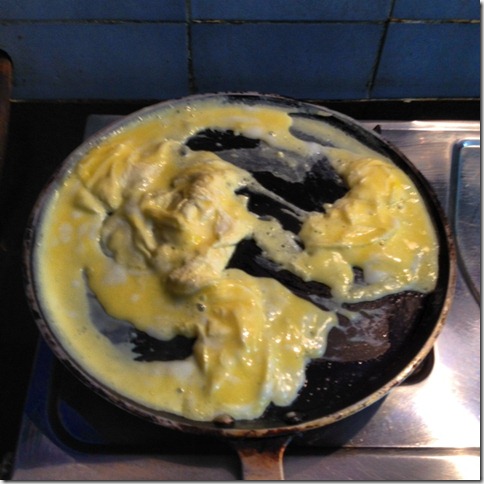 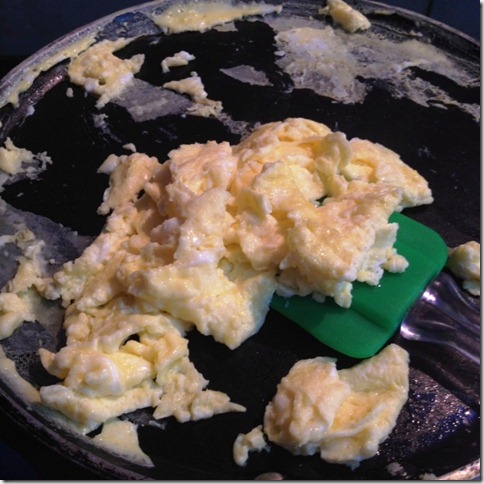 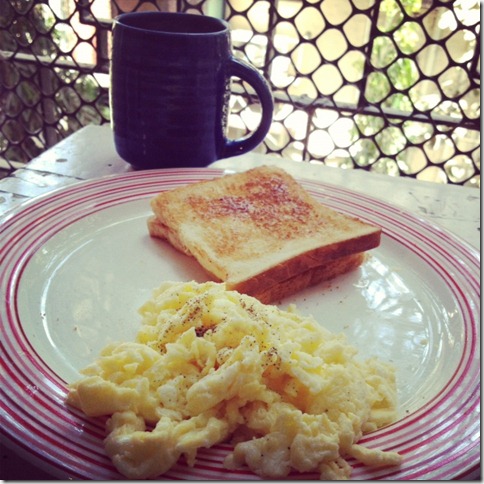 If I go by what they showed in the episode then the judges would have preferred the eggs to be runnier than what I had made…but the texture was definitely creamy, buttery and very very indulgent.

Anonymous said…
Congrats on the blog on indiatimes! I love Junior Masterchef too. Makes me wonder if confidence is inversely proportional to age :) You could try making scrambled eggs by pouring the lightly beaten eggs into a pan of simmering milk. This is a trick a friend of mine shared with me. It produces a super soft scramble minus the butter.
3 June 2012 at 09:30

Home Cooked Oriya Food said…
Hey you are a celebrity now. Or maybe you already were and I just realized! Congrats on the indiatimes blogspot... Did check it out...
Loved this cute post too...
3 June 2012 at 18:02

Anurag Mehrotra said…
Congrats on becoming a blogger for TOI. BTW, I believe in those conspiracy theories but enjoy watching the show. I follow Alton Brown's instructions for scrambled eggs and they turn out great. Here is the link http://www.youtube.com/watch?v=bsgx6NeHlWk
3 June 2012 at 19:36

baker in disguise said…
I agree those elves are beyond awesome.. some of the stuff and the way they talk about food.. just leaves you gaping at them and their skills!! love those little elves..especially the ones with a tooth missing or chubby cheeks and who then go on to cook the duck perfectly!!! Puts one's cooking skills in perspective!!
3 June 2012 at 19:42

Chetna said…
Proud to say that I have been making scrambled egg the jr masterchef way for a while now as my 2 yr old loves it. And where did I pick up the method ? Our fauji cook at Secunderabad. Thank u Baburao !! I would carry those scrambled eggs practically everyday in my tiffin. The simplest of egg dishes have reached a new height.....
3 June 2012 at 19:50

Supriya's Rasoi said…
Hi Kalyan first time here just read your impressive interview with BlogAdda and in no time landed here. Glad to follow you I will surely learn a lot more things by reading your delicious posts. Do visit my space in your free time and please give your suggestions for improvement.
4 June 2012 at 14:40

SD said…
I share the same feeling as you. The things that those children cook never fail to mesmerize me. And I envy them for knowing what they are passionate about, at such a young age.
18 June 2012 at 11:27

The knife said…
that's a very interesting perspective SD...yes...this is much different from collecting cuttings on the Olympics
19 June 2012 at 12:29

The knife said…
thanks Anurag and scrambled eggs have become my fav lazy hurried breakfast dish
19 June 2012 at 12:51

The knife said…
thanks for leaving a comment and was quite interested to read all the recipes in your blog and the simplicity which you advocated
19 June 2012 at 13:35