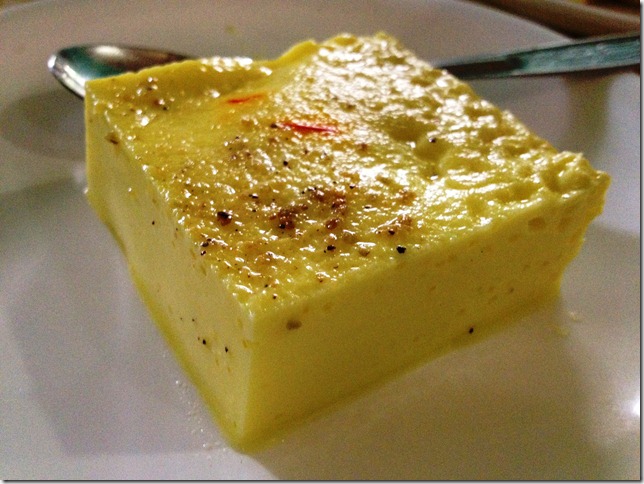 It’s not always easy to locate a Maharashtrian restaurant at Mumbai and when you do, within its menu a Maharashtrian dish. At least when it comes to the vegetarian places.

That’s how it felt when I opened the menu at Amey, the Maharashtrian vegetarian restaurant at Kalanagar at Bandra East opposite MIG Club….kadhai paneer, pizza, dosa, pulao, sandwich…no thaali peeth in sight.

I had heard of this restaurant which coexisted with a few Maharashtrian Malvani seafood joints at Bandra E a while back.  Friends of ours who had moved to Bandra East to West replaced their breakfast trips to Candies with pohe at Amey. 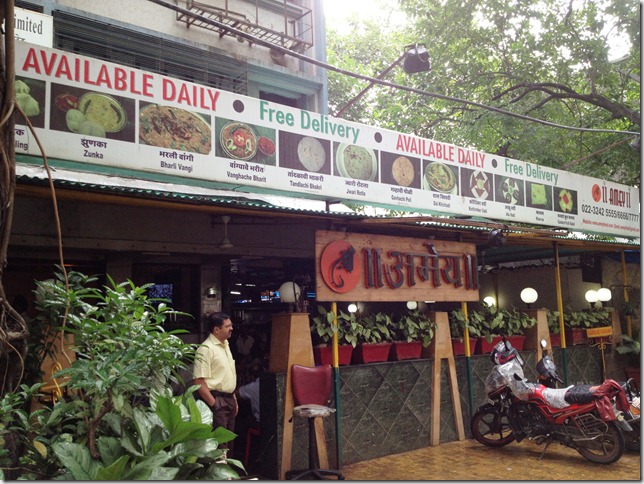 I happened to be returning via the Western Express Highway from Kurla today so stopped at Amey for lunch. With me was a young Maharashtrian colleague, Chinmai.

We sat down in this very packed restaurant. Non-airconditioned though the lovely weather took care of this….open on three sides with a makeshift awning covering the top. One of those places where you share a table. Wee were soon joined by two other gentlemen at our table. Seats at Amey at lunch are prized with a steady stream of folks coming in. I wonder if the crowds were more as it is Shravan when Maharashtrians stay of non veg food and alcohol. After all Maratha Darbar the non veg place next door was empty as was Malvani Aswadh a few days back.

Not that everyone at Amey were Maharashtrians. Our two table mates were North Indians. One here for 20 years and the other for close to 40 and very fond of Maharashtrian food. The latter knew his food, loved the food at Kolkata and even tried hilsa there though he is a vegetarian.

He showed me the correct way to have misal pao…unload it on a plate from the bowl….and told me that Dadar is the best place to try vegetarian Marathi food – Prakash which he favours over Aswadh, though he agreed with me that the thaali pith at Aswadh was better than Prakash. Mama Kane 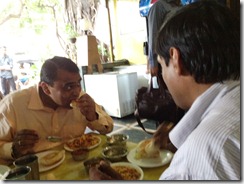 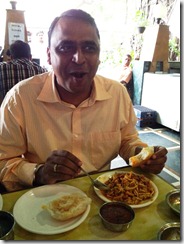 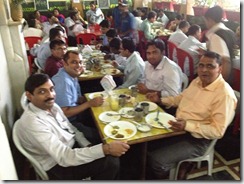 I tried a bite of their kothambir vadi. Crisp on the outside, piping hot, with a soft gramflour paste centre. Our table mates followed this with a simple khichdi to balance the spice and salt. 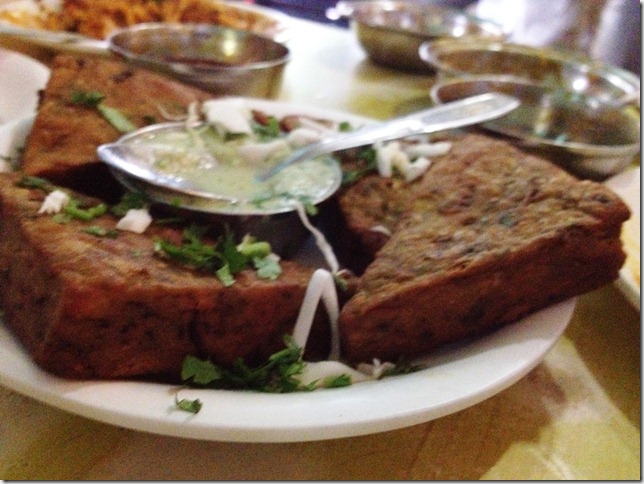 Getting back to the menu, one had to go through the sea of schezwan dosas, tava paneers and idlis to find some Maharashtrian dishes. Barring one table where folks were eating zunka bhakar, pulao, masala papad and kadhai paneer seemed to be the most popular dishes around. 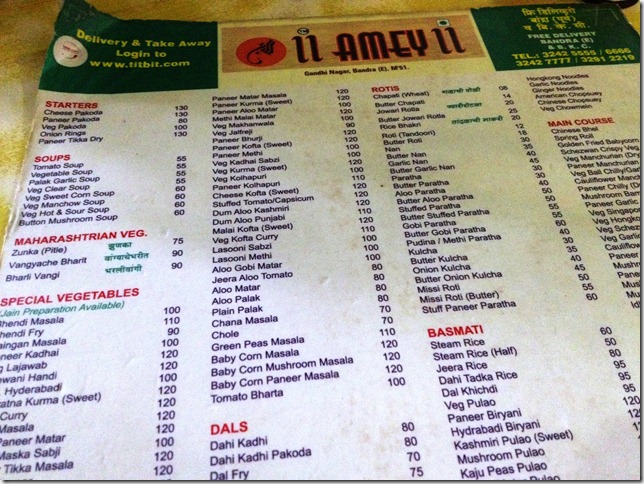 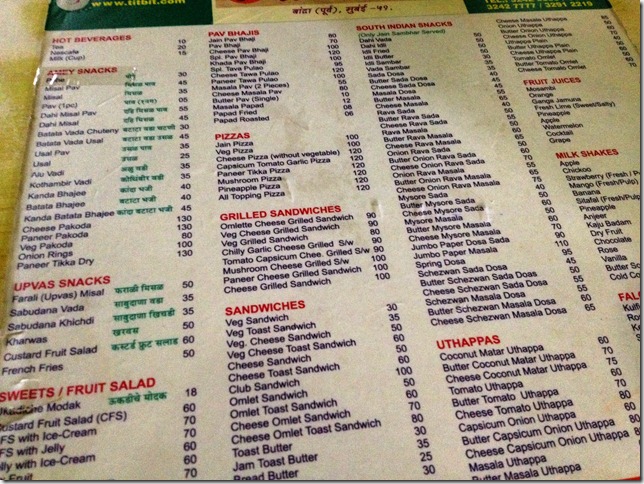 Makes sense. Till recently there were very few Bengali restaurants at Kolkata because of this. I read in Mallika Basu or Miss Masala’s book yesterday that she never orders dishes she cooks at home when she goes to Indian restaurants at UK.

The logic’s the same and I buy it.

Well we did managed to scour the menu and find about close to ten Maharashtrian dishes spread across breakfast and lunch.

We started with a Piyush which we both felt was the weak spot here. A lot more watery than the normal piyush, more lasslike in consistency and its sourness with a huge nutmeg overdose. I didn’t finish mine. 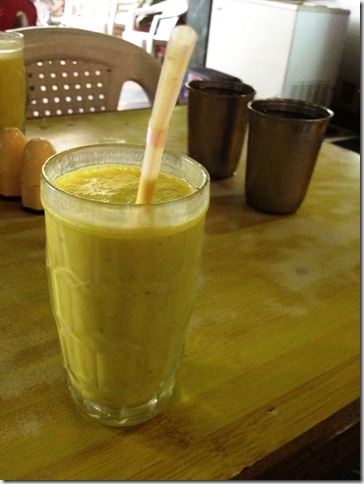 Next came alu vadi which Chinmai said were perfect for the rains. I looked up with a shock when the dish came. There were no alus or potatoes. These looked like the Gujarati patrels. 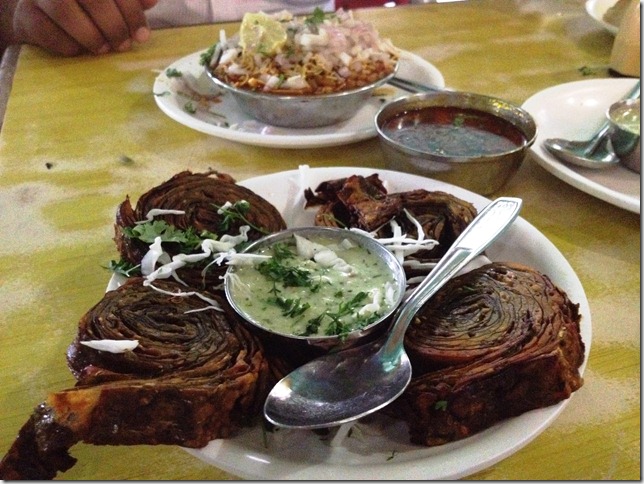 ‘ALu’ Chinmai explained and ‘not alu’.

ALu refers to the big colocassia leaves which are smeared in masala and besan, rolled into a cylinder, steamed, sliced and sautéed in a whole mustard tadka (seasoning). The light frying is what makes it different from the steamed Gujarati patrels apparently.

Well it was hot and mildy crunchy. Passed by Chinmai who would know. His dad is a great cook.

As for me, well it was nice, but when I order alu vadis, I expect alu vadas (potato croquettes)!

Next was misal pao.

Hot and spicy. Chinmai told me that Mamledar Missal at Thane is famous for its very hot missals and that the one at Amey would be less spicy than matha (buttermilk) misal, the starting level at Mamledar. Chinmai liked the misal though and said “even the chopped onions are fresh and don’t smell”.

A fact I couldn’t check as social niceties make me avoid raw onions when with company. Next were the sabudana (sago ball) vadas. Chef Ritu Dalmia’s favourite too according to her book The Travelling Diva. The ones at Amey had a nice bounce to then and were not clammy at all. 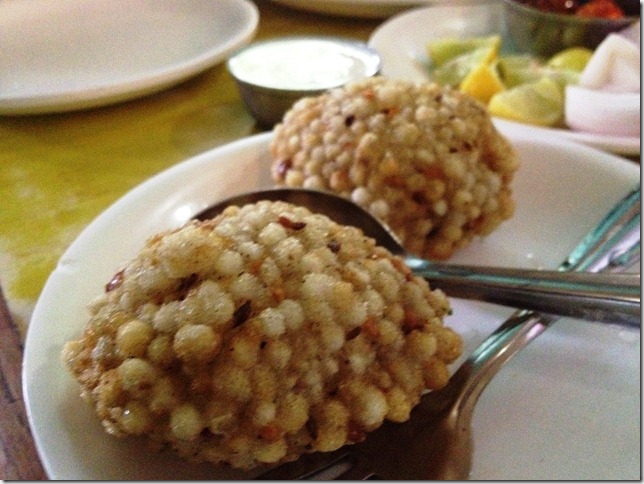 We were sort of full but I urged young Chinmai and we ordered mains. Bharli (stuffed) baigan and bajra (millet) rotis.

The rotis had a nice whole grain texture…Chinmai mumbled its kadak (hard)…’but that’s because we eat it straight off the tawa’. What was implied I am sure was ‘we don’t stop to photograph it’. 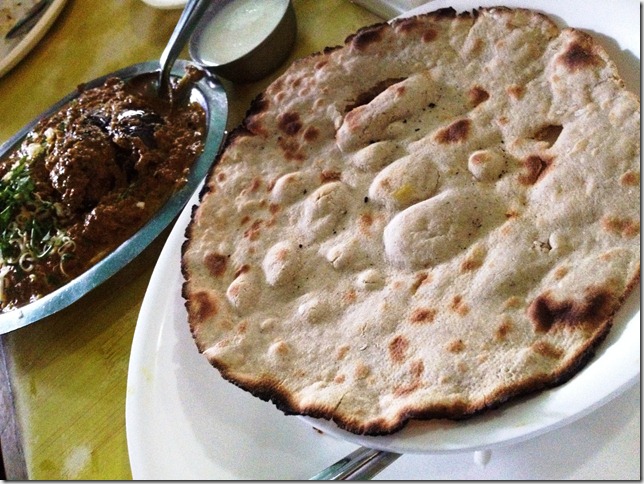 The bharli baigan had little brinjals spit on the top served in a thick masala paste. Frankly there could have been anything in the dish as the baigan was overpowered by the masala. The masala is a coconut and groundnut one. Chinmai noted with approval that the the masala at Amey looked as if it was freshly and intensely ground and ground in a processor. 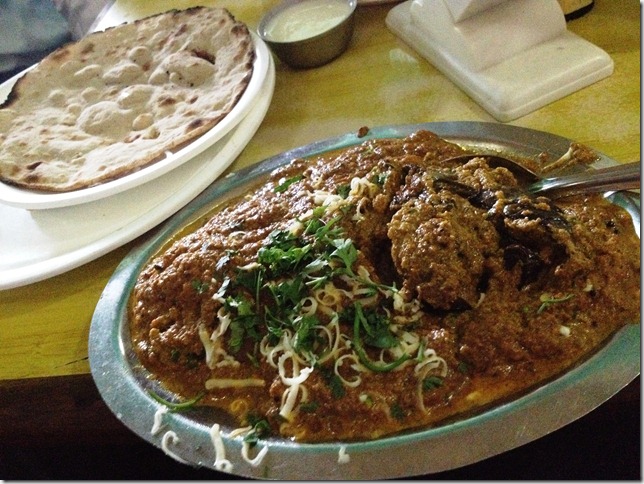 The masala was quite full flavoured and almost made you feel as if you were eating a mutton masala.

Wonder if that was the idea.

(Anjali Koli who very sweetly wrote in correcting some of the Marathi words that I used adds ‘in hotels they just drown it in strong masala at home its very aromatic but not heavily spiced.”

For desserts we skipped the modaks as Chinmai refused to eat modaks not made in his house.

So went for the kharvas which is supposed to be made with the cow’s first milk. It is like a stiff souffle, served chilled.

The one at Amey seemed a bit too intense for just the first milk of the cow. “I am sure they have added something and this is not just kharwas” said Chinmai…and then gleefully “these are giant kharwas” as he finished mine too. 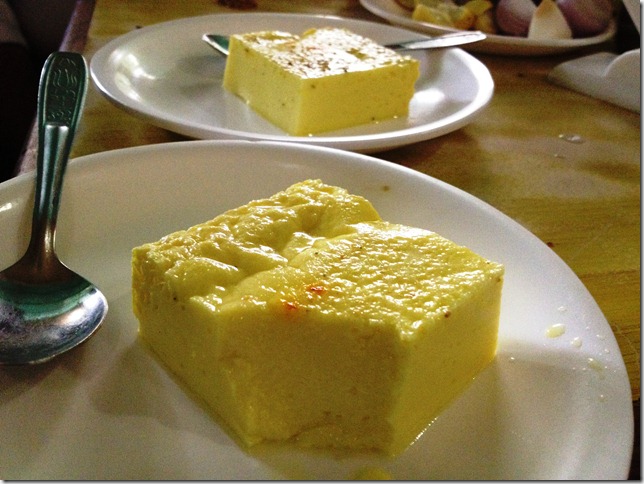 Well if you do drop in at Amey then do try to order some of the Maharashtrian dishes.

There will be many other places to have grilled sandwiches, corn salad and pizzas at after all. 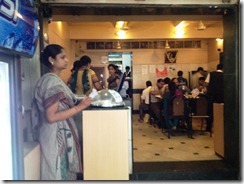 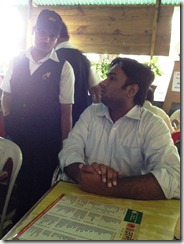 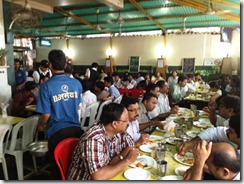 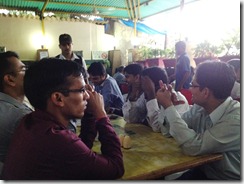 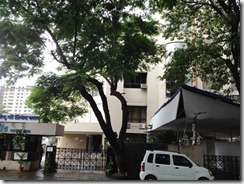 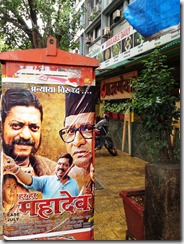 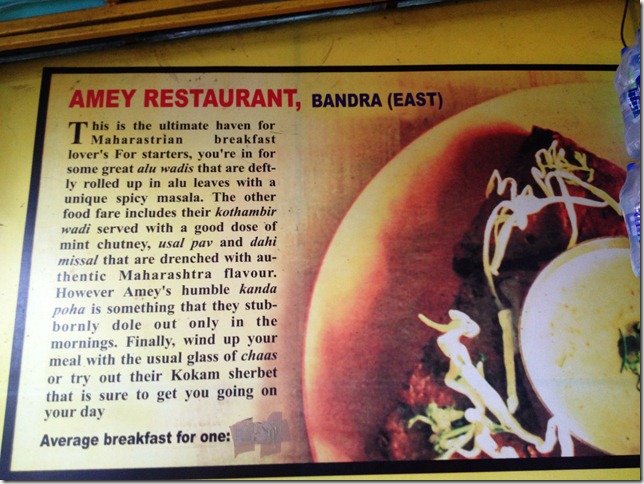 Lazy Pineapple said…
Passed by this place a few times when I was in Bandra. Since I am a Maharashtrian..I too do not try Marathi food in Restaurants...The alu vadi looks delicious...
27 July 2012 at 08:04

Pradeep Rao said…
The Alu referred to in Alu Vadi are pronounced with the hard La in Marathi. Besides Alu is Hindi for potato. In Marathi it is Batata. The Alu is colocasia leaves.
27 July 2012 at 16:35

Culinary Muse said…
I personally love Maharashtrian Food! Especially sabudana vade and kothambir vade! Kharwas is my ultimate favorite dessert... its actually made out of the milk of the pregnant cow.

Kalyan Karmakar said…
@Lazy...and like i said elsewhere i rarely go to Bengalis restaurants at calcutta
@Sassy: thanks...in fact wrote this with a frozen shoulder
@Pradeep: Alu is God
@Culinary Muse...heard of Vinay Health Home for the first time here...will check if I go that side
1 August 2012 at 16:01

Anjali Koli said…
Kalyan, you did not have to mention, its just a little love for a blogger who loves the Mumbai city so much.
8 August 2012 at 08:58

abhishek_c said…
This is very close to my place. Been going here since years, place is pretty pimped out now. Was much smaller and stuff!
9 September 2012 at 03:03

Kalyan Karmakar said…
Thanks for the insight Abhishek. They seem to be doing well and are packed but I hope they don't lose sight of what made them popular
10 September 2012 at 15:48