Look no one’s happier than me that Bhojohori Manna Oshiwara has got their act right after a disastrous start.

They are definitely one of the best options for Bengali food at Mumbai now and we need more of these.

Last night we were a group of three probashi (expat) Bengalis, an American, a Kashmiri and a Parsi and our meal of three maxi thalis with mocha, paanch meshali and alu posto with the fixed shukto, luch alur dom combo, jhaal kosha mangsho, betki paturi and a beautifully balanced Borishaal shorshe ilish with ground coconut was perfect for us.

But surely the folks at Bhojohori Manna could have shown a bit of remorse or repentance when the chair I sat on caved in at the end and I fell on the floor. They didn’t even offer a helping hand to get up.

Perhaps they had read my first scathing review of the place and I was a marked man despite my later update talking of its resurrection.

At the end of the dinner, happy and satiated I leaned back and suddenly the back of the chair gave in. There was much mirth and we thought we’d photograph it as evidence of how much I ate when suddenly the bottom half gave in and Humpty Dumpty was on the floor.

The food and the evening was great and I am always in a happy fuzzy state in Bong restaurants and between Shanky and me we tipped fairly well.

It was only later, I realised how dangerous the fall could have been with my bad back, and how callous and insensitive the staff was. They didn’t give a second glance only much later a cleaner came up…to sweep away the remains of the chair.

As folks pointed out, in the West they would have sued the place.

But then we don’t give much heed to service or safety here do we? 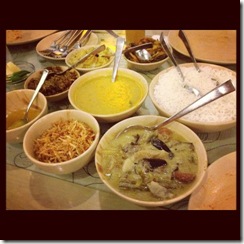 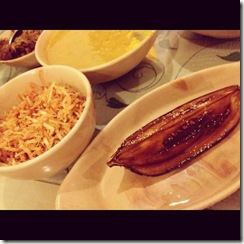 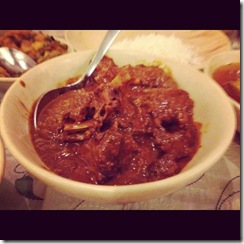 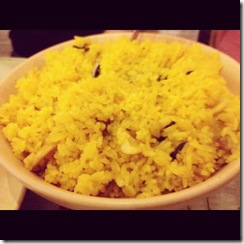 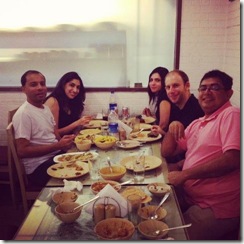 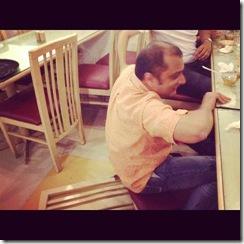 The night before I was at a 10 per cent service charge place. Le Pain Quotidien, Colaba.

Turned out that the Pain in the name was more English than French given the very slow service, I had to scurry around looking for spoons myself. The coffees when they finally came were tepid…too strong in one case and my French press leaked coffee fragments and I returned it. A very upsetting experience specially I had taken guests over and one was paying through the nose for it. And paid a 10 percent service charge too.

Well, I will go back to Bhojohori at least but next time will check both the chair and my insurance cover before setting down for a meal there.

Doubt if I will go back to LPQ for after dinner coffee and desserts though.

Soumyasree Chakraborty said…
i visited, after a long time, bhojohori's gariahat (kolkata) outlet three days back. food was good. but they had lesser options. we asked for ilish, couldn't give. asked for chitol peti. out of stock. had just 3 veg 'torkari' options to choose from. but what was served was good to taste. however, the service was slow. And no stewards came even to ask if we needed anything else after the food we ordered was placed on the table, let alone offering to serve.
16 July 2012 at 13:52

Gaurav said…
glad you didnt hurt your back.. but i must say i HATE these instagramesque filters that everyone uses nowadays.
16 July 2012 at 14:27

The Bride said…
Hee Hee maybe they took it as the ultimate compliment and modestly decided not to make too much of it.
17 July 2012 at 08:58

Kalyan Karmakar said…
I guess that they take the 'authentic' Bengali experience to its logocal conclusion
17 July 2012 at 14:30

Kalyan Karmakar said…
Thanks Gaurav and guilty as charged :) btw do try out this place for the Bong veg thali...i have a feeling that you might like it
17 July 2012 at 14:41