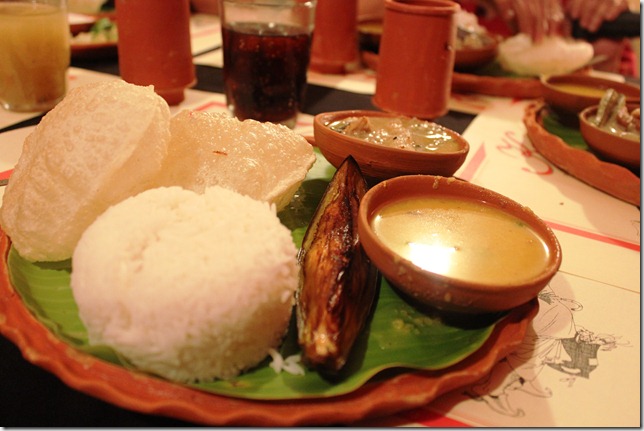 I went to Kewpies five years back. Wrote about it too. Often recommended it to folks looking for Bengali food in Kolkata.

Unfortunately I did not go back to Kewpies for many years after my first visit. I don’t go out for Bengali food when in Kolkata as I get that at home. So places like Kewpies fall outside of my grazing grounds when in the city.

I wondered if Kewpies had maintained their standards since the time we had gone. While recommending Kewpies I would give a disclaimer that I hadn’t been there in a while. Thankfully, most who went there at my behest seemed to come back happy. Which is a relief.

I went to Kewpies after ages this Soptomi as Didu said she would like to eat there. My mom is quite fond of the place in any case.

So seven of us landed at Kewpies (near Forum Mall and Netaji Bhavan) on Soptomi afternoon. Turned out that our names were not there on the reservation list though we had booked the previous day. Second generation owner, Rakhi Poornima Das, looked frazzled. It was a busy afternoon and things were warming up.

Luckily her managers founds us a place.

Kewpies is at the ground floor of a house converted into a restaurant and has the feel of a traditional North Kolkata home. There were some tables for large groups in individual rooms and we got one such room to ourselves. This was truly the royal treatment.

Ordering was chaotic, as likely to be in such a large group, but calm soon prevailed with a very patient waiter taking our order with a big smile despite the rush. Things were made simpler with the options of thaalas or combinations. You could go for veg (yeah right?!) or that plus meats, fish and so on. All served in earthen plates, bowls and glasses. Very traditional. Very warm. A sort of Bengali food Chokhi Daani. Yet anything but kitsch. 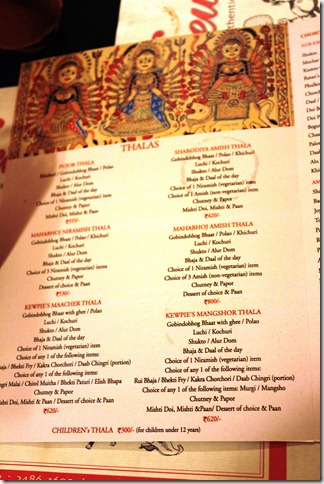 The meal that followed was pretty astounding and soul satisfying.

Some of the food went cold thanks to the aircon and my photography which my brother compared with saying grace while folks wait to eat.

Didn’t take away from the experience if you ask me though.

There was no Pepsi or Coke so I went for the Cal favourite of Thums Up and then the beautifully flavoured aampora shorbot. 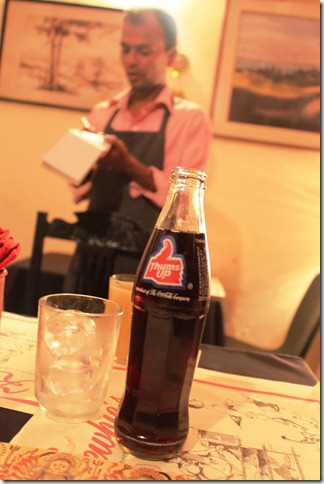 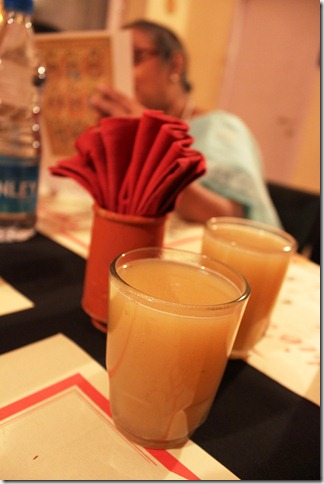 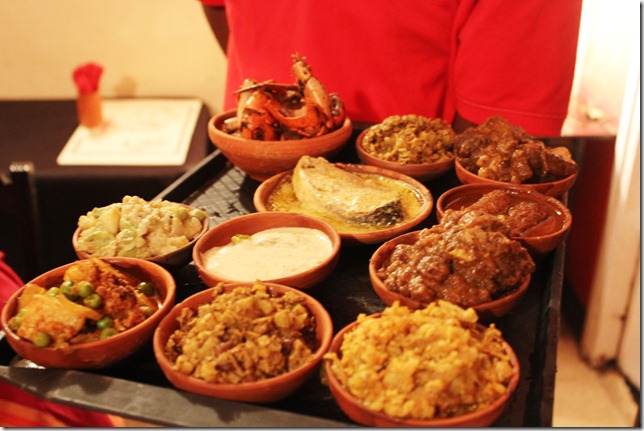 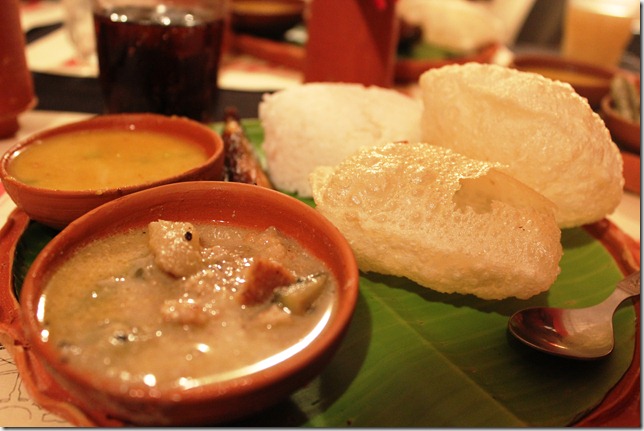 While the food was pretty good overall, the standout dishes for me were the green chilli seasoned crumb fried fish, alu posto which had kalo jeere in it. No holud I was told though my mom pointed out that it was a bit yellow and possibly had turmeric 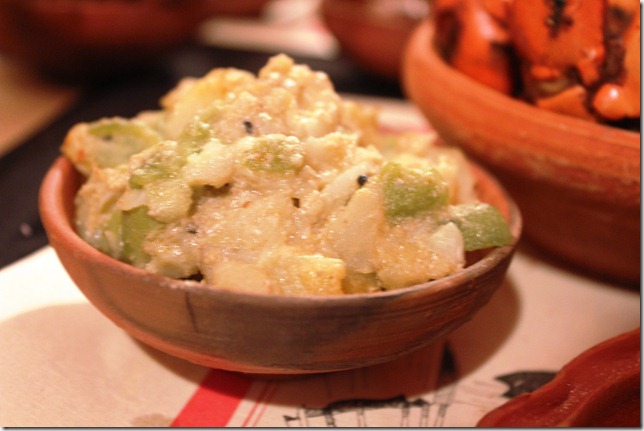 The bhaapa ilish was truly good. A very delicate curry and fantastic fish. You could make out the difference from the stuff we migrants have to settle with in Mumbai. I really liked the chittol muitha too. Best rendition of the dish I have come across. Packed with flavours. They had a lovely pabda curry. 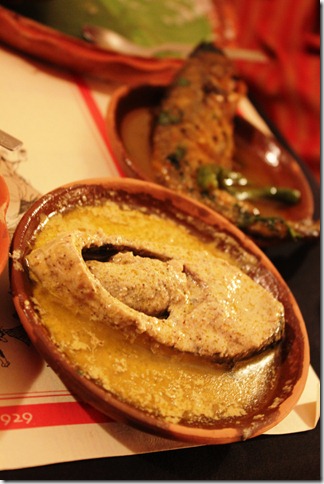 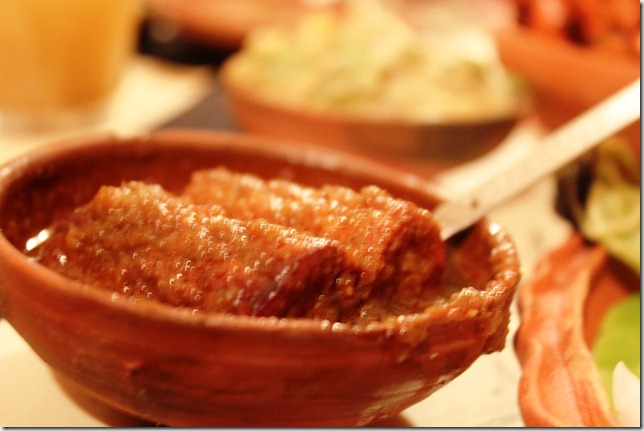 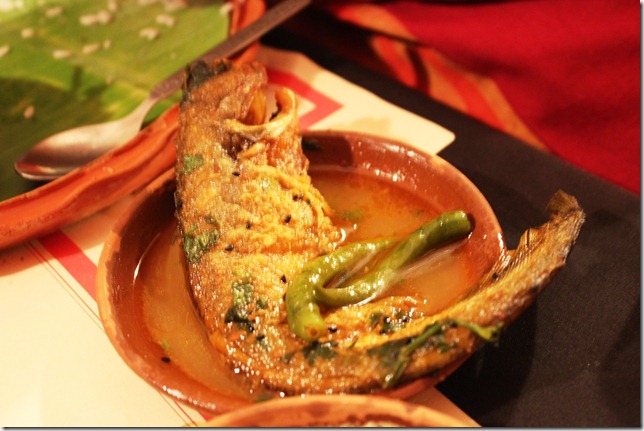 And the kakra chochori. Crabs cooked in a chilli paste which frankly trumped the Singaporean chilli crab. One grabbed hold of the crab and bit into it to reach the soft melodious crab meat. 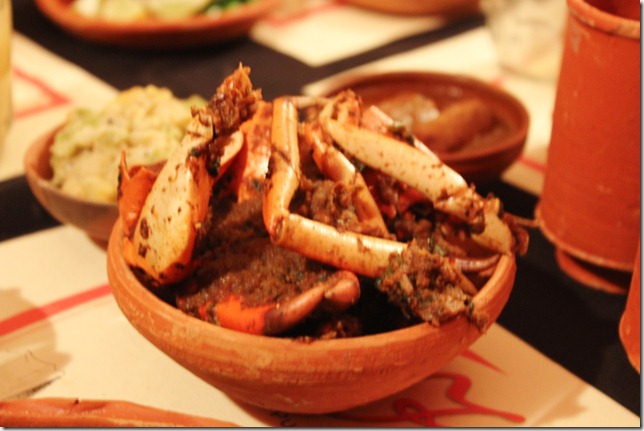 The kohsa mangsho and mocha were competent, the daal a blur and the mishti doi that they source from the shop next door pretty good. 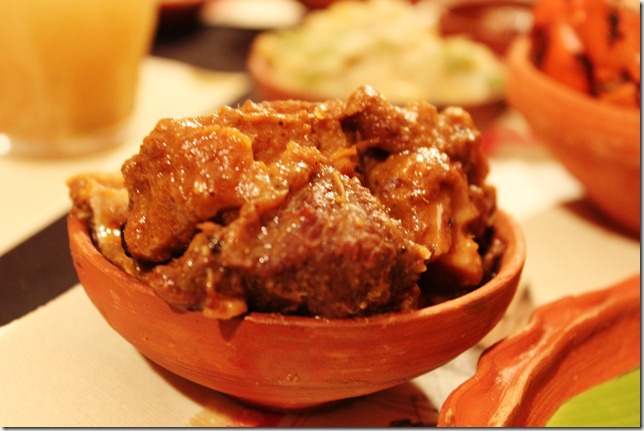 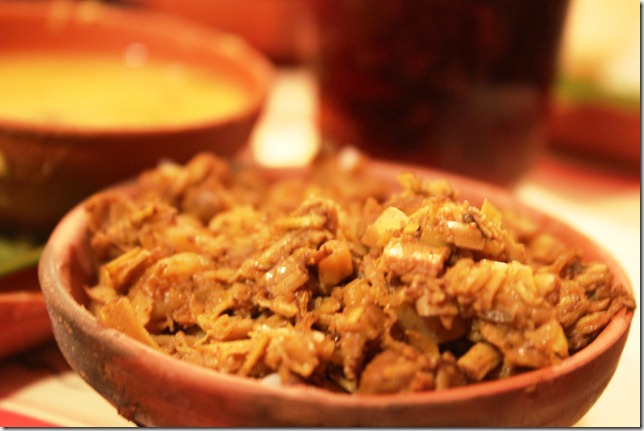 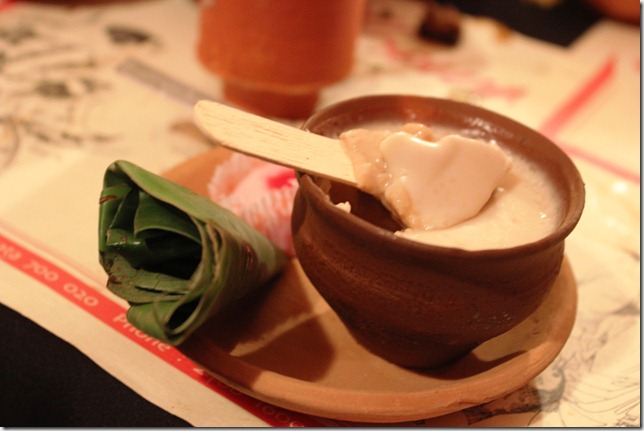 Lunch done I knew that I could be at peace about my recommendation of Kewpies. 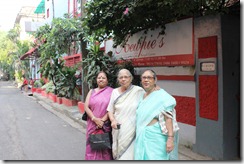 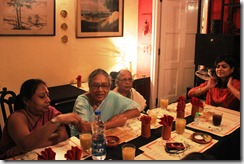 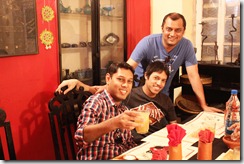 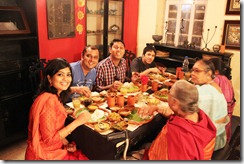 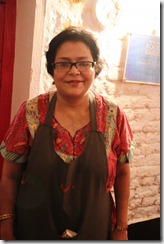 Didu approved of the meal, as did mom, and we all  then headed to the Maddox Square Pujo thankful for a great meal. It was time to say grace.

The Maddox Square Pujo, for the uninitiated is ‘where it all started’ for many Kolkata couples with Ma Durga playing Cupid. 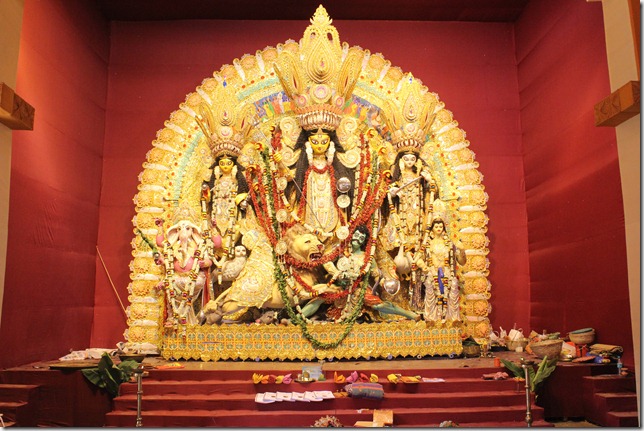 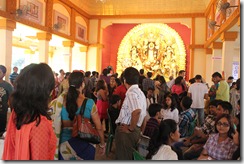 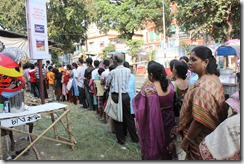 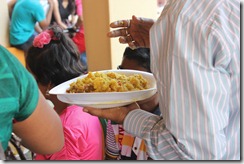 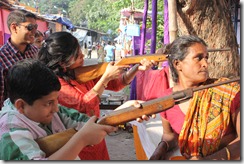 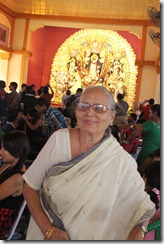 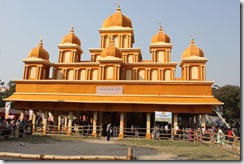 Easy (EZ) Editorial Calendar said…
This is very nice....Thanks you for sharing..

Poorna Banerjee said…
unfortunately, I have always found Kewpie's to be mediocre every time I have eaten there. I would have to say that in fish related stuff, Kasturi and Prince take the cake, followed closely by an unpretentious Suruchi. :D
1 November 2012 at 00:26

Kalyan Karmakar said…
haven't been to suruchi in more than a decade but liked kasturi a lot...different school though?
17 November 2012 at 01:44