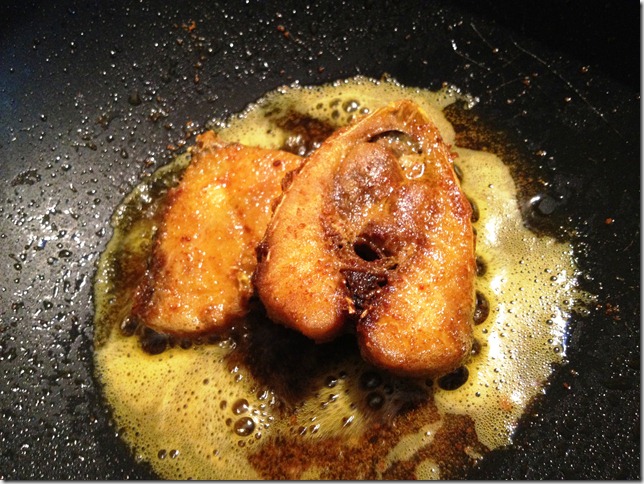 I have a confession to make.

I suck at deep frying.

There’s a reason for it. I began cooking at a time when oil had become the bad boy of the food world. Everything was about ‘low oil’ or ‘no oil’. Our cooking reflected that and we used to really starve our dishes of oil.

Since then things have changed a bit. I have become a bit less regimented with age though it should be the other way round.

Oils such as mustard oil and coconut oil which were once heckled are now said to have their merits. The biggest volte face is of course when it comes to ghee which is suddenly considered to be acceptable again.

I am just waiting for the day when butter, lard and bacon fat get a clean chit too.

Well this anti-oil sentiment had affected my cooking to the extent that I was never able to deep fry with an unfettered heart and would often mess up things. It even affected the way I fry fish. Bong purists have pointed out that my method of shallow frying or pan searing, where one tries to keep the fish close to its natural state, is not always the Bengali style of frying fish.

The aim is fry the fish a lot crisper in the Bengali kitchen I was reminded. Even though the spice palate, thankfully, is minimalist unlike that in the West or South of India.

During her visits here, even my mother says that the fish fried in our house is not kor-kore or kora (crisp) enough.

A Bong friend who had recently dropped in for some ilish bhaaja (fried ilish) in our place pointed out that the fish fry, while nice, was not kora (crisp). That the fact that I fried it on a flat pan and not a koraee (wok) meant that it never would be kora  enough or archetypal Bong.

All of that came back to me this afternoon as I took out a couple of ilish (Hilsa) pieces to fry and I said to myself, “what the hell…I can do Bong too’.

I had one gaada, the bony back piece, favoured in kora bhaaja, and one chubby peti with deem (stomach with roe) which is normally used in curries more than in fries. I prefer the latter as it is fatty and isn’t too bony.

I took out my Chinese wok. No Koraee here. Smeared the ilish pieces with some turmeric, salt and a touch of red chilli powder. You want to keep the spices light in the Bengali way. We just rub the spices on and fry the fish. No marination sharination needed.

I poured some mustard oil in to the wok.

I was going the whole hog. So no parsimonious drops of Canola. the current darling of the medical world.

I think I must have added 4 busty tablespoons of the Bengali favourite, shorsher tel or mustard oil.

Once the oil began to smoke, I slid in the pieces of fish into the pool of hot oil.

As the fish sizzled I turned them over and let the other sides fry. Then I lifted the fish and placed them vertically in the oil so that the sides fried. Then again the flat surface were pushed into the oil. 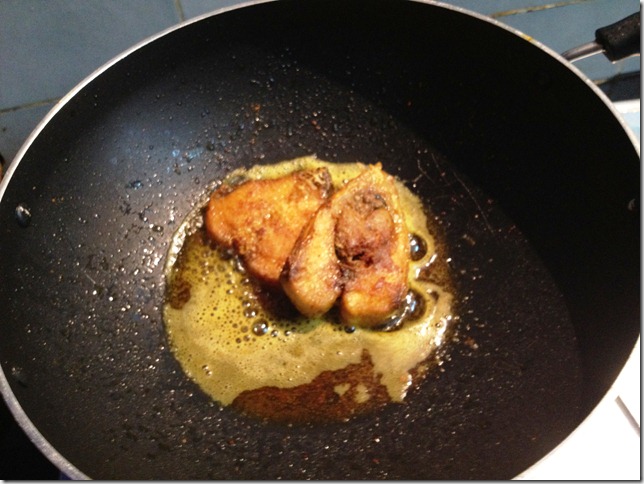 I was as relentless as a Bengali momma in the kitchen. Frying the fish away, turning them, watching the fish sizzle as the heavy pungent aromas of the fish and mustard oil wrapped themselves around the kitchen. Still I fried the fish away. I was a Bong on a mission. I rested only when the surface of the fish had turned crisp with a lovely red deep fried hue branded around them. The mark of fish well fried.

The fish tasted fantastic and the roe was delightfully fried.

So you want kora?

I will give you kora.

And to make the experience even more Bengali I took some of the remaining oil from the pan, mixed it to the rice and had it with the fried fish the way my momma taught me to.

I am sure she will approve this time. 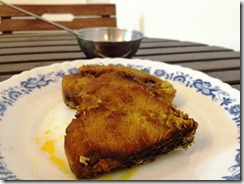 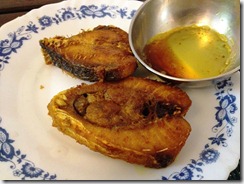 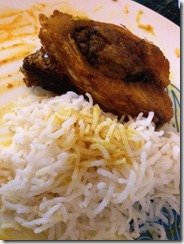 And then at night I unwinded by tossing some noodles in a wok. Those Chinese have their fundas sorted.

Of course, like the kora maachh bhaaja, the origins of my Hakka noodles lie in my mom’s kitchen too. 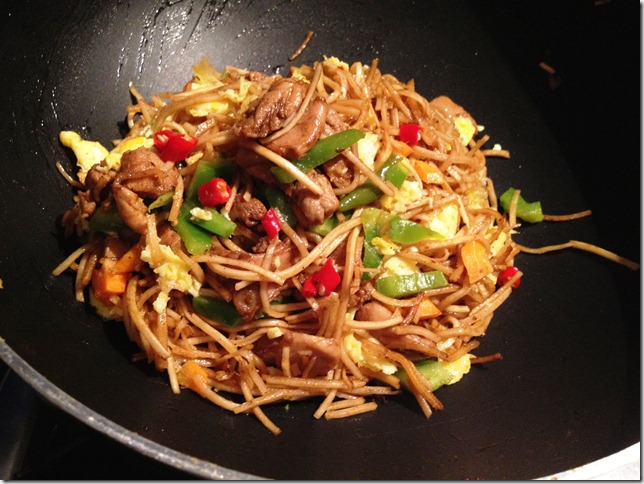 The following are some of the comments on facebook that the ilish pic got:

Marie said…
Lovely . Just the way I like it. Crisp.

Sheikha said…
We had fish today too! Crisply fried.