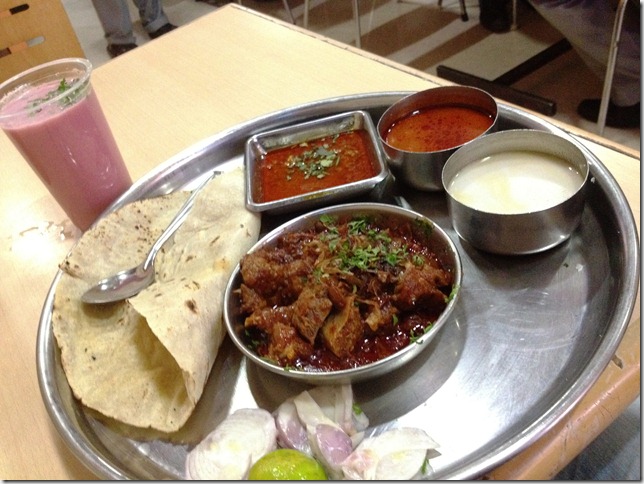 In March 2010 I went to Purepur Kolhapur at Dadar. A branch of the Pune based chain.

Awed by the food I rhapsodised about it here and went back for another great meal there a few days later. Since then I hadn’t managed to go back to PK. I had recommended to folks though. Many of whom came back saying they liked it.

What had thrilled me the most about Purepur Kolhapur was discovering some great food from the interiors of Maharashtra that you are not privy to in Mumbai. And some great meat.

Two and a half years later I found myself in the suburb of Vile Parle E. An area which with its crowds, chaos, holy cows, dug up roads, carts, rickshaws and tempos suddenly made Outsourced not seem as clichéd after all. The place near the station has loads of restaurants including Mailu, which means hot chick in Parsi, but facebook comments told me that the Parsi food’s not that hot, McD, Pizza Hut, Shiva Sagar and so on.

Work done, we drove off towards Anheri E. I suddenly saw a restaurant called Mee Marathi, a veg Maharashtrian restaurant and then beside it Purepur Kolhapur. This one at Vile Parle East’s Parleshwar Road. I decided to ignore the baigan and roti in my lunch dabba and stopped the car, got off, and walked into Purepur Kolhapur. 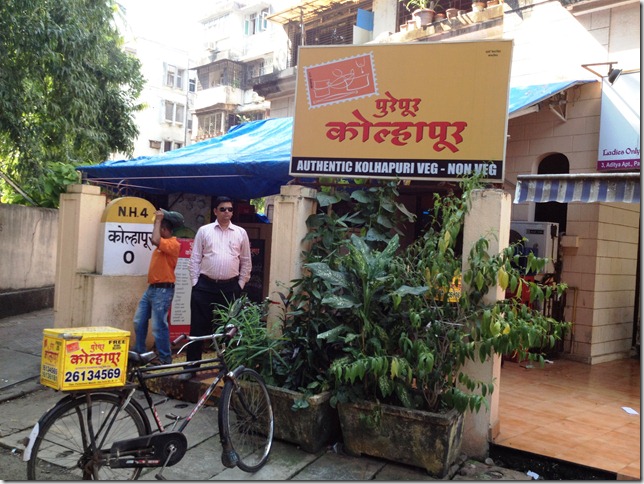 Franchise of the same chain I was told with the Dadar and Vile Parle outlets franchise out to the same folks.

I remembered that earlier they didn’t serve seafood as I was told that Kolhapur is in the non coastal region with little seafood and more of meats in their diets. PK at VPe, it seems, serves seafood too. The usual pomfret, bombil fry.

I decided to go for the meats.

I tried out something new. Chicken Zanka. A spicy, very Kolhapuri dish I was told.

I first took a bite of the masala and really likes the flavours of onions and garlic and the way they contrasted and yet blended in with the fierce heat of crushed chillies. I then took a bite of the chicken. Tough. Real tough. If you thought Dirty Harry and Rambo were tough then you should have seen this chicken. Each and every piece. Just refused to give in. Unbreakable. Or, at least, un-chewable.

The masala was really good. I even mopped it up with the bhaakri (rice roti) but the chicken just wouldn’t talk to me. 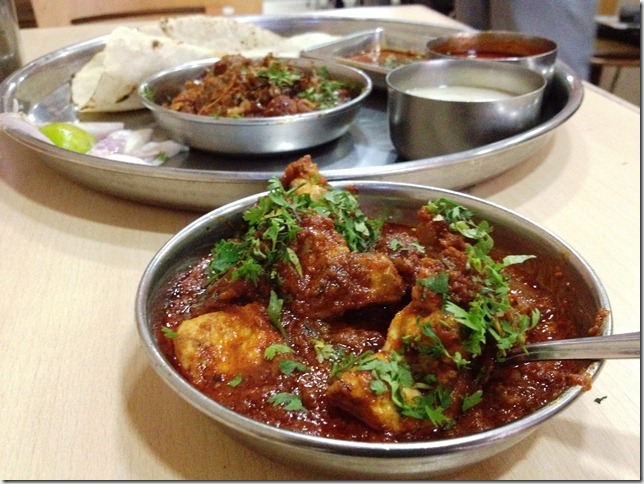 I had looked up the post I wrote last time, on the phone, and saw that I had really liked the mutton fry thali.

I called for that too with the chicken.

“The mutton fry here was truly good. Soft, juicy bits of mutton with wicked blobs of fat. The only dish that we did an encore of.”

I think one or two pieces of the mutton were pliable. The rest were in training for the a heavyweight prize fight with the chicken. Toughened in the school of hard knocks. Just wouldn’t give in. Fossilised from two and a half years back perhaps.

Once again the sauce in which it was served, anchored in deep fried sliced onions, was really nice. Beautiful flavours of caramelised onions which made you keep going back to it despite the oil. One kept skirting the meat though. 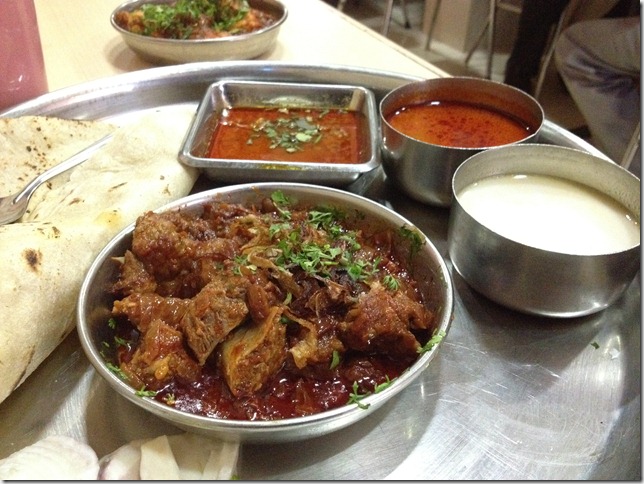 Two very nice gravies which honestly could have been served with anything. Even pumpkin or snake gourd would do for the meat you would pretty much miss.

The chicken stock base pandhara rassa was nice but not as rich as I remembered it to be. The tambara rassa tasteless.

A pity because I figured out this place is quite close to where I work. 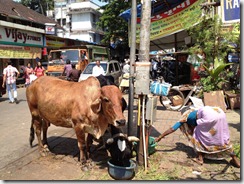 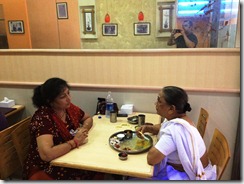 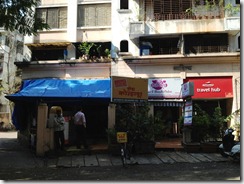 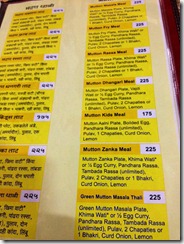 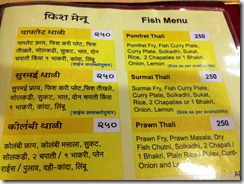 Jacqueline D'costa said…
I still member the first time I had Kolhapuri Chicken at local restaurants in my city. The extremely hot and spicy taste still mouth waters me. From than I am a great fan of Kolhapuri dishes not only for its spiciness but also for the variety of Veg and Non Veg dishes.

Medha said…
Am glad you reviewed this, was planning on visiting this place some time soon. Guess i need to look out for some other places serving good and zhanzhanit kolhapuri food.
22 October 2012 at 04:25

Anonymous said…
kolhapuri mhanje fakta tikhat nave ,tar ti ek chav ahe!!
some restaurants outside kolhapur don't know at all the real spices the proper kolhapur non veg food makers prepare and use for their dishes..
kolhapuri non veg is not at all just spicy n hot, rather it has its own unique test and everyone should eat non veg food atleast once in kolhapur itself and then make their opinion.
12 November 2013 at 01:51

I am a big fan of Kolhapuri cuisine and have been visiting this place since it first opened on 2nd October 2008!!

Earlier, the quality of the meat used to be a lottery.

These days, they have improved considerably and the quality of the Mutton is good. Stick to mutton when in Kolhapur. I have only tried their Sunday Special Chicken over here which is fabulous!! On other days, they serve broiler but I dont know about its quality.

You will get the best quality meat on Wednesday, Friday & Sunday!!

Must Haves:
Mutton Dhangari, Gavran Sunday Special Chicken, Mutton Kharda, Mutton Fry. The combo of Kharda, Dahi & Bhakri is unbeatable!! Avoid the Zanka, it is too spicy and takes the fun out of the food!!

Stick to a Thali and order a half-plate as an addition!!

Avoid fish here as it will spoil the experience. Anyways you have the much better Gajalee just a stroll down the road!!
3 July 2014 at 19:14