on November 09, 2012
When I first came to Mumbai, there were a bunch of us at work who were all from outside the city.

Most of us lived in PGs and shared apartments around Bandra. We would often hang out together after work. Largely in South Mumbai. Churchill, Crystal, Leo's, Gokul, Bade Miya, Bachelors and so on.

Once we went to a lane in Santa Cruz in the evening. A girl in the group who stayed there told us about a dosa cart there. We went to the cart and had a number of dosas that evening. There were two Tam Brahm girls who got excited by the dosa feast. The rest of us, meat eaters, indulged them as they would gamely go to places chosen by us to eat in most cases.

It's been a decade and a half since.

I think I am the only one from that group still left in Mumbai. The dosa cart is gone I am told.

The owner of the cart, Mani, closed down. The cart resurfaced as a shop with some of his workers opening Manju Dosa Center at Khar, 16th road.

In fact wrote half this post while waiting for my dosa. I am enjoying this mobile blogging thingie. Brings back the spontaneity into blogging. Hope it works for you.

The guys at Manju's originally hail from a place close to Mysore in Karnataka. I asked them why their dosas weren't soft like what I had in MTR in Bangalore.

'People in Bombay complain if the dosas are not crisp' they said.

Yes, to survive in Mumbai you have to live by its rules.

In any city for that matter. 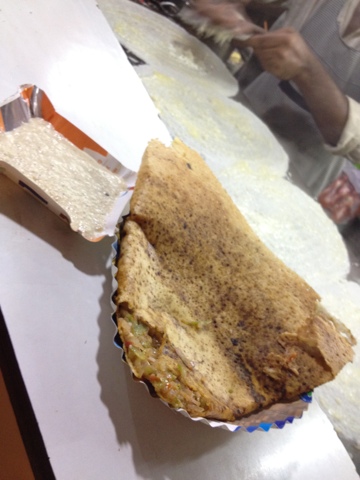 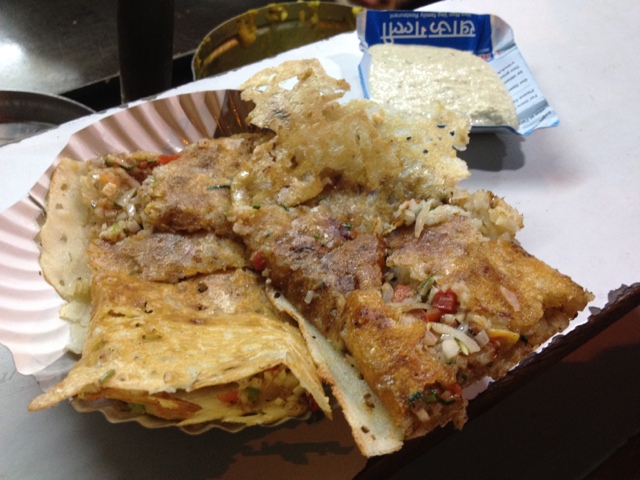 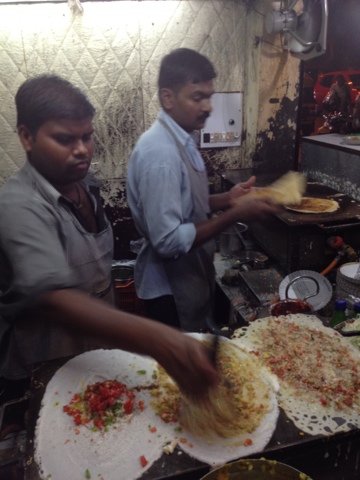 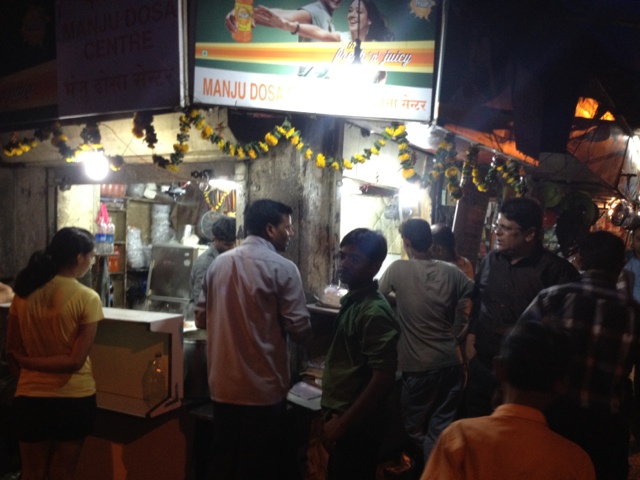 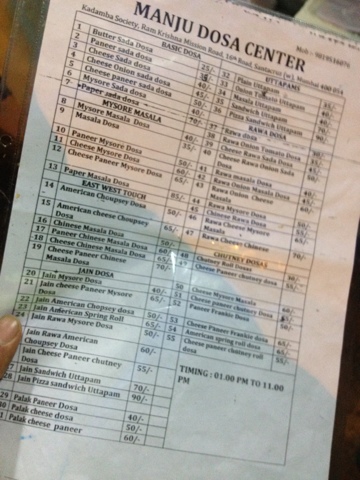 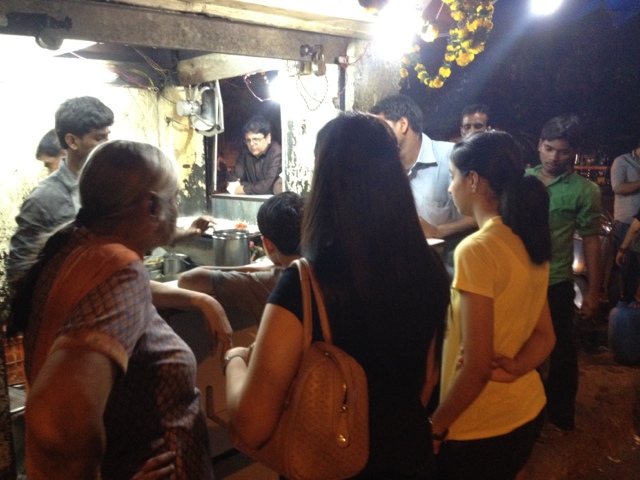 intrepidgourmand said…
Most of the south indian restaurants in Mumbai (the ubiquitous udipis) are owned by Shettys from South Kanara (Mangalore / Udipi). The dosas there tend to be thinner and therefore crisper when spread on a tawa. The dosas in North Karnataka (Bangalore and Mysore) tend to be thicker which need a lot more oil to become crisp (like MTR makes its Masala Dosa). There are a lot of varieties of dosas at most Karnataka natives' houses differentiated by the contents of the batter. We probably make 10 - 12 different varieties on a regular basis.
9 November 2012 at 23:12

Kalyan Karmakar said…
hi Intrepid Gourmand...thanks so much for writing in...this clarifies a lot...and what you have said is just about karnataka...then imagine how many varieties of dosas there are all over...someone should showcase them
10 November 2012 at 09:43

Easy (EZ) Editorial Calendar said…
This comment has been removed by a blog administrator.
10 November 2012 at 09:55

vandana rajesh said…
Really nice post, yes and like Intrepid Gourmand says homes in South India make so many varieties of dosa. I am a Keralite andas kids we would love the crips version of the regular dosa while my mom still has a soft corner for the small, thick and soft thattu dosa which tastes excellent even with curries. As you said it is really worth showcasing the different varieties, with so much of experimentation the blogging world has now come up with so many different versions of the dosa. Amazing how the same ingredients can taste heavenly with just a slight variation in proportion and some additions.
10 November 2012 at 13:24

Kalyan Karmakar said…
thanks Vandana...Mumbai and then blogging of course has opened my eyes to the many splendours of south india...we actually had a keralite family in the apt where I grew up in Kolkata...we were all good friends. thought they were 'madrasis'...aunty would treat us to great snacks during diwali...bengali cusine is a lot about the interplay of ingredients too
10 November 2012 at 14:06

R.k. said…
Dosa and idlis are my most favourite food items specially when I am out of house. I like the crispy dosas like most other Bengalis. People have started selling dosas in carts at Kolkata too.
O
10 November 2012 at 14:51

Kalyan Karmakar said…
Ma, if you remember there was a dosa cart that used to come to Dhakuria too
10 November 2012 at 20:21