I just realised that it’s been a bit more than five years since I began blogging.

One of the reasons why I began blogging  was because I felt that local mass media content on food seemed too saccharine sweet. I was disenchanted with what I saw around me and felt that I had to write. I was in my early 30s.

Five years later one can say safely that Finely Chopped is no longer an angry young blog.

This post is about meeting the biggest name in food reviewing in Mumbai today …and getting very very pleasantly surprised.

And thanks Kainaz for coming up with ‘Finely Chopped’ and making it possible. It’s been quite a ride. 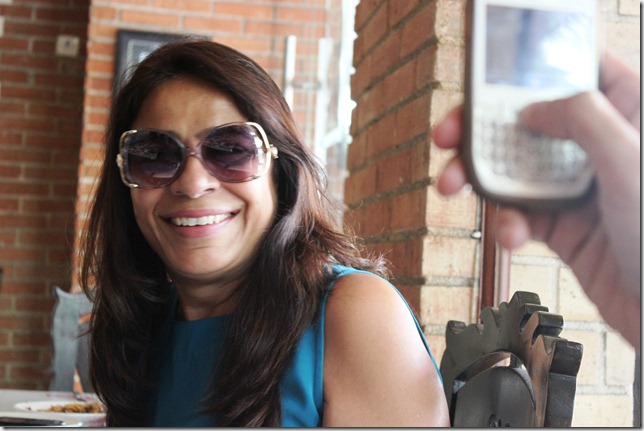 “Children children we need to plan.”

Yes, we were in the middle of a mad mad morning exploring restaurants in Oshiwara with the queen bee of Mumbai’s food reviewers, one of the first to start it all, Rashmi Uday Singh.

And it was a laugh riot! It was no surprise that the people in the photographs she puts up in her restaurant reviews in the Bombay Times are beaming. You cannot but smile when you are around Rashmi for her bonhomie is infectious. Chances are you will be laughing uproariously, clutching on to your aching belly, tears streaming down your eyes when you are with her. 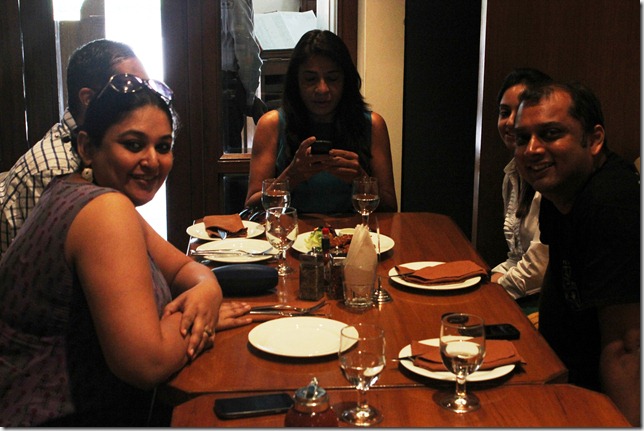 But then this is the lady who later told me ‘How do you find people vague? I either like people or I love them’.

Very Mary Poppins’ish except Rashmi would prefer a Monroe analogy and giggled on twitter when I said she is whom Marilyn would want to be.

Yes, in case you are wondering, I have developed a bit of a school boy crush on Rashmi after meeting her and am also convinced she is my lucky charm.

It all started when she called me a day before the tasting. I was waiting for a meeting to start when the phone rang.

“Kalyan, this is Rashmi Uday Singh here. I was going to review a few restaurants in Andheri for my food guide. Would you like to come along?”

Now when ‘Rashmi Uday Singh’ says ‘come join me for reviews’ you don’t say no.

I had no idea what to expect. My impressions of her were based on the fact that she represented the school of mainstream food reviews which were ‘The Empire’ to the ‘rebel’ world of bloggers. That and the Page 3 pics though she later told us she goes only for ten minutes to these events.

“What will I do there? I don’t smoke or drink at parties? Nor do I check out the latest in fashion.”

By the time Rashmi and I met though we had had a million phone calls to plan our meeting at the end of which she said ‘listen do you know anything about Andheri?’

She told me that a couple of others would be joining us including ‘Mamta Banerjee’. She stuck to this story and then would laugh every time as she remembered she meant Engineer and not Banerjee. And a ‘Parsi gentleman whose name is in my mailbox’. We both agreed that I could look for a fair man with a big nose. Later Darius pointed out that neither worked for him possibly because his family had moved in from Iran just some fifty years or so back. Making up our posse was Madhumita, fellow Bong, and the only one in the group who was actually from Andheri.

The plan was that we order, Rashmi takes our views, samples, pays and we move on to the next place.

Issue of what would happen if she was spotted was answered with ‘Nothing. Only five stars occasionally care. Others don’t do anything even if they recognise’

When we finally met I realized that this is Rashmi Uday Singh for you.

No chips, no crosses, very unassuming.

“I don’t understand twitter. Should I show off and tell people where I am. Or should I tell them that I am in the shower”. (This is her twitter handle @RashmiUdaySingh)

“I am very passionate about health and did a show on DD for ten years after I quit my job. Noone watched it. Not even my mother”

“When I began food writing, people would call me and say you have studied English Honours, are an LLB, work in the Income Tax office… what are you doing?”

“When I wrote my first reviews, a restaurant guy called me up and said ‘saali yahan phir se ayegi toh dekh loonga”

Yes, the last is female vanity but you get the gist of what I am saying.

Through shrieks of “there are ten people waiting for me at Nom Nom. I forget their names!!!” and ‘hurry children” we moved from restaurant to restaurant.

I suggested it as it seems to the current darling of twitter folks in Andheri.

One could see why, when we went in. It’s a pleasant place to sit in an area which has few such options and many takers. The coffee machine wasn’t working and we managed to get ourselves some house brew. The service was very slow and Rashmi, after she arrived, went running after the waiters saying “hurry hurry”.

The goat cheese pizza with roast beef was a masterpiece with a very supple crust and lovely sharp flavours of cheese with the odd robust bite of good meat. 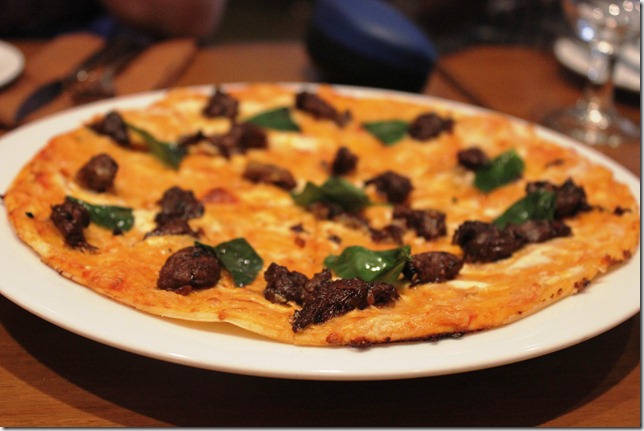 The crispy rawas was all about the crust and nothing else. The ground pork burger was plated like a vintage Dali. Yet, one bite and you wondered ‘where is the juice’. This was such disservice to noble pig. 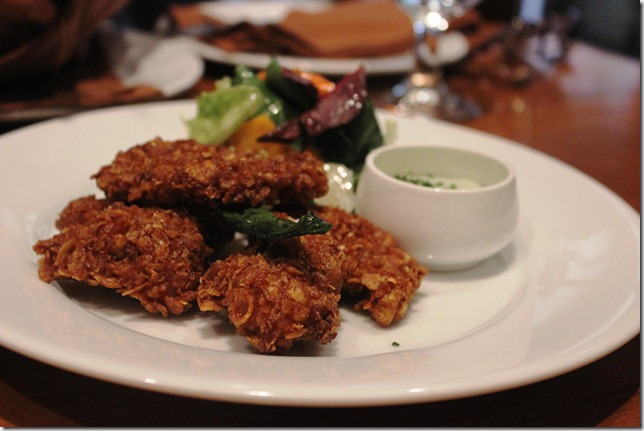 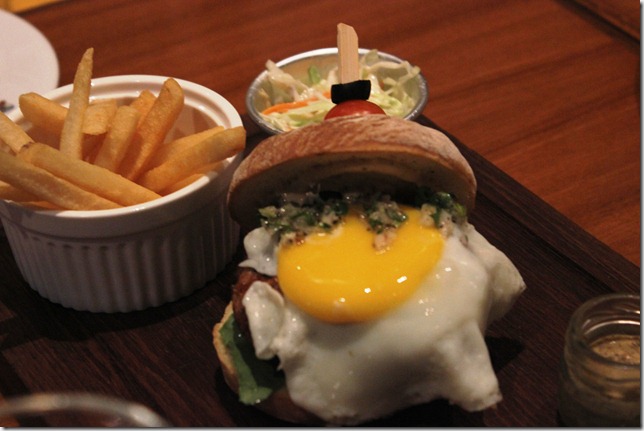 The apple crumble too dough’ey. More  balushoi than apple pie.

The food in Woodside Inn Andheri, barring the pizza, left you wondering ‘what’s the fuss about”. 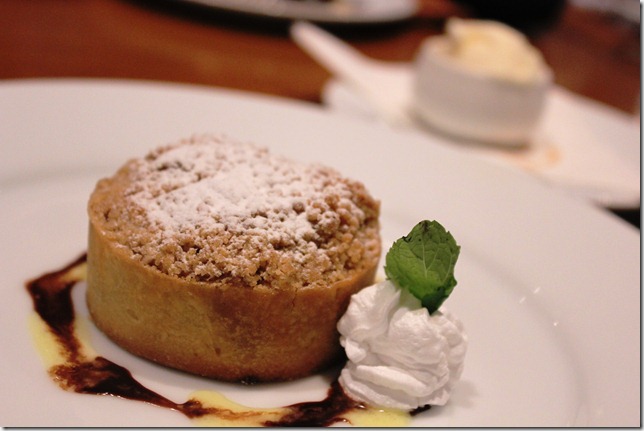 Next stop Kakori House across the road at Oshiwara. After years of knowing it as a takeaway joint at Bandra I was quite thrilled to see the little restaurant. It had a decidedly confused décor theme but hey the aircon was good and that’s what matters to me.

The kakori and gulauti both excellent and very delicate. Tickled to see them plated here after years of getting kebabs from Kakori delivered to our place in plastic boxes. The black daal, which I ordered for vegetarian readers, much to the merriment of the others, was pristine pure. 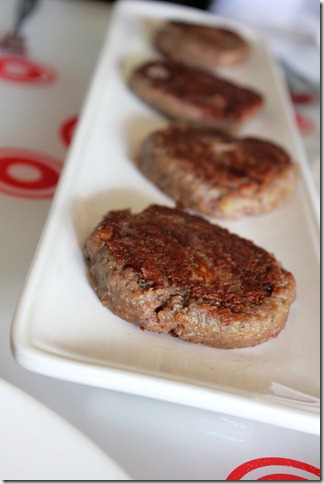 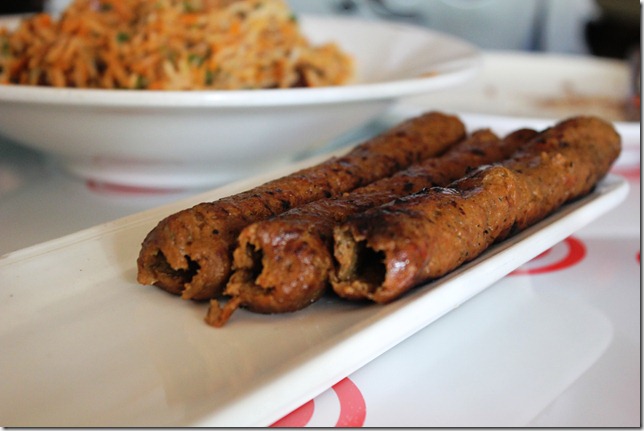 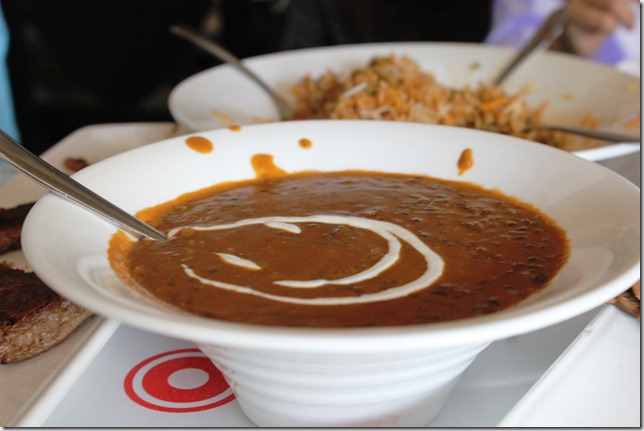 The Noormahal biryani was rather Martian. Had red masala unlike the other crisp and clean biryanis at Kakori House. The masala hadn’t settled possibly because the biryani was freshly cooked. The koftas in it were soft and regal though.

The shahi tukda dry, no rabdi in it, very thick…not very shahi. 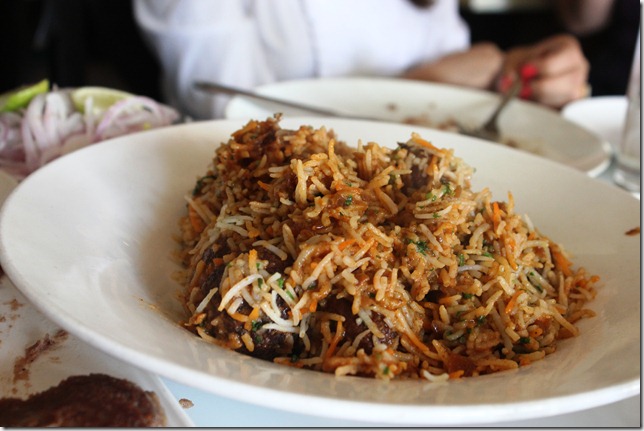 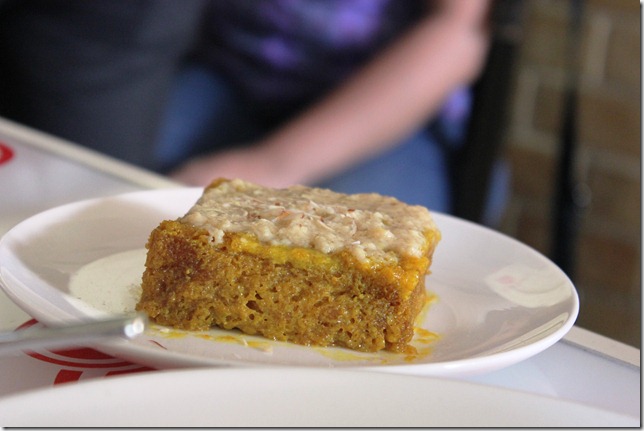 Last of our stops. Bhojohohi Manna Oshiwara with two of us Bengalis, and loyal customers, showing it off.

Maxi thaali with shukto, alu poste, Borihsaal ilish, kosha mangsho, chingri malai curry…our hearts swelled with pride as we saw everyone enjoying the fare. We Bengalis are proud of our heritage and Bhojohori didn’t let us down. 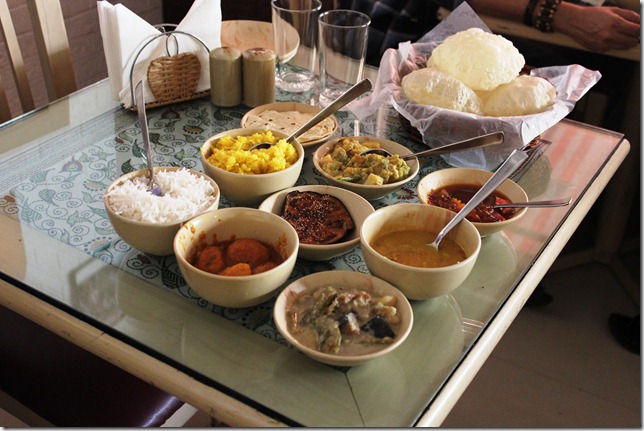 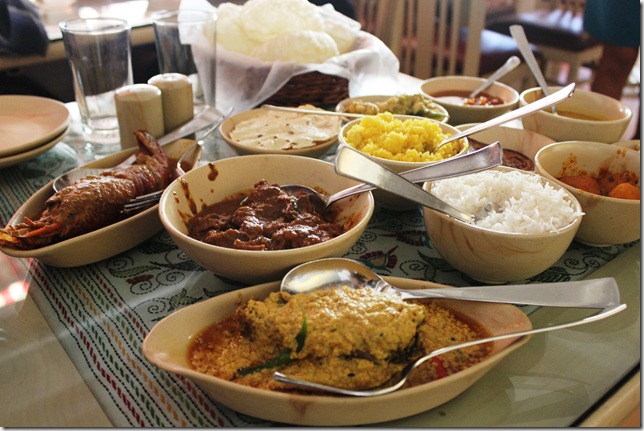 And so our Madhatter’s Tea Party ended with Rashmi heading to her next stop after leaving behind warm hugs and big smiles in her wake.

Yes, it’s been about five years since I began blogging.

Have met some wonderful people through it. Made some great friends. 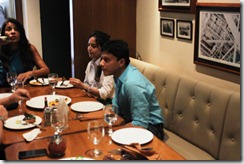 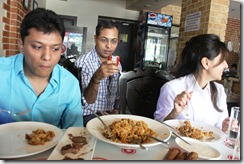 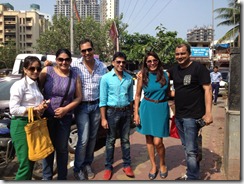 The Bride said…
Thanks for sharing! That dal looks divine...I need to remember to order from Kakori House when I'm in Bombay.
5 November 2012 at 13:27