So I did make to Busaba finally. Thanks to sudden plans made with Sassy Fork and her partner in food crimes, Archana. As I always say, these unplanned meetings are always the best.

We went to the Busaba in the Todi Mills complex in Lower Parel. The newer one. We tried the weekday fixed menu lunch which was a pretty good deal at Rs 600 (12 USD) and did order an a la carte dish too. The look of the place, unlike the suburban KL look of Busago, was more the ‘Mumbai converted mill restaurant’ look. White walls, high ceilings, stark lines, dark wood with a bar in the middle from which one got a well blended LIIT which went well with the lazy afternoon. 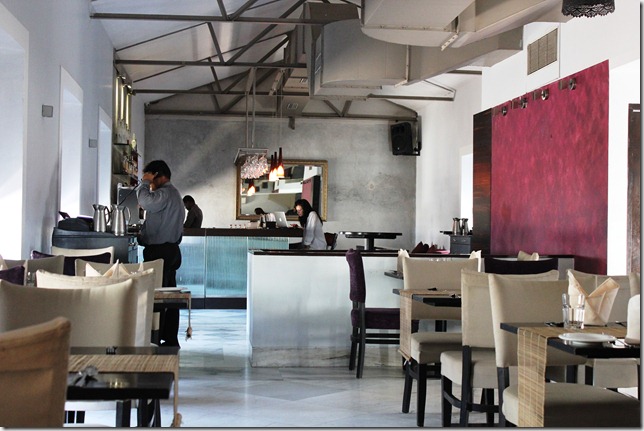 Three trips tot Busago and now one to Busaba made this my fourth visit made to restaurants run by the Chibs. This time Nikhil’s wife was there. Which means, the owners were there themselves 2 out of the 4 times that I went to one of their restaurants. To me that’s a good sign.

The meal had a few high points and a few meh moments as a fixed menu is likely to have. The idea was to catch up with each other and chat and the relaxed setting was just right for that.

So what did we like? There was a prawn tempura sushi which was one of those palate popping dishes. Literally.

The pleasant crunch of tempura’d prawns ensconced in petite rolls of sushi rice was the sort of delicate contrast of textures I have grown to like of late. 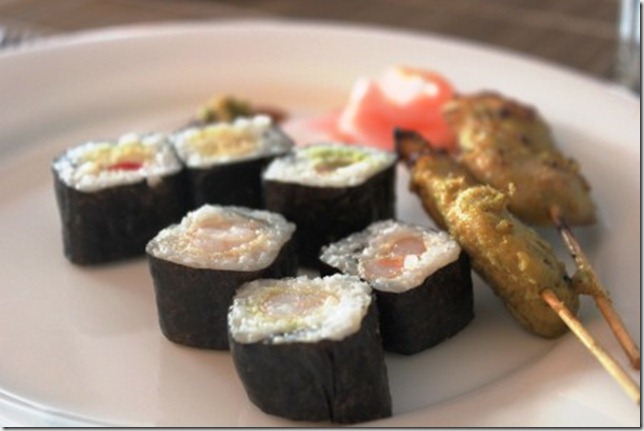 The chicken satay was juicy and well flavoured…the chef had tamed the chicken well and it was truly pliant on the plate.

There were some salads which were largely a blur and the tofu starter was too paneerish for me. 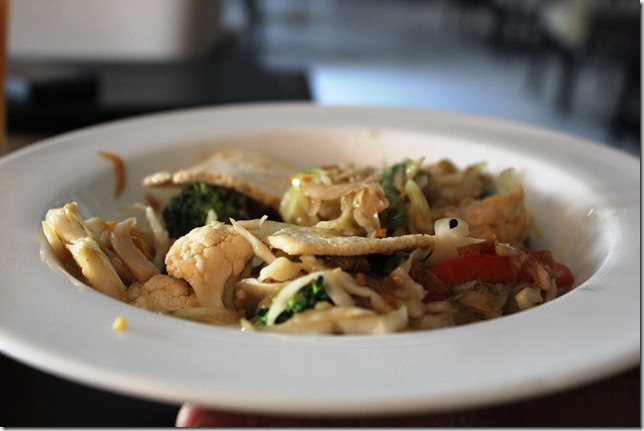 For the mains to go with our rice and veg hakka noodles were a Chinese’ish chicken dish. A steamed Thai styled fish which was cooked in a thin sweet and Assam laksa like sour base and a thickish Thai veg red curry. 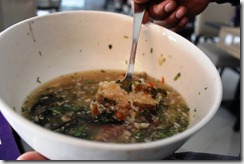 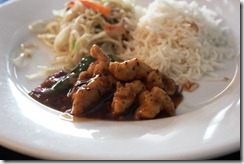 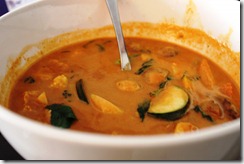 Emboldened by the kaukswe at Busago we asked for a prawn laksa in the a la carte menu.

This was a disaster. The sauce very thick. Glass noodles unlike the egg noodles one is used to. The laksa failed to pass muster for any of us when we compared it with the laksas that we have had at Singapore, KL, Penang or even Sydney. The manager offered to make a fresh one but even the second attempt didn’t really work for us….neither in taste nor in consistency.

I guess Tasty Tangles at Bandra served a better one. They have closed down though. 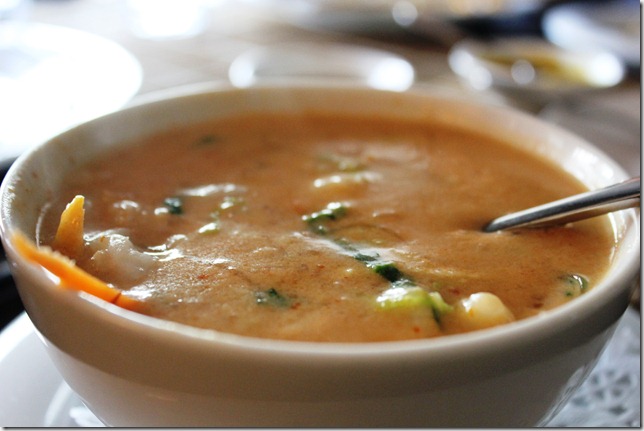 Where the lunch came alive after the starters were in the lemon tart slices for dessert. Intense flavours, lovely consistency. Again, we asked for seconds, as we did for the tempura sushi and the satay. Nikhil Chib’s Parisian chef’s training showed through every bite of the tart. 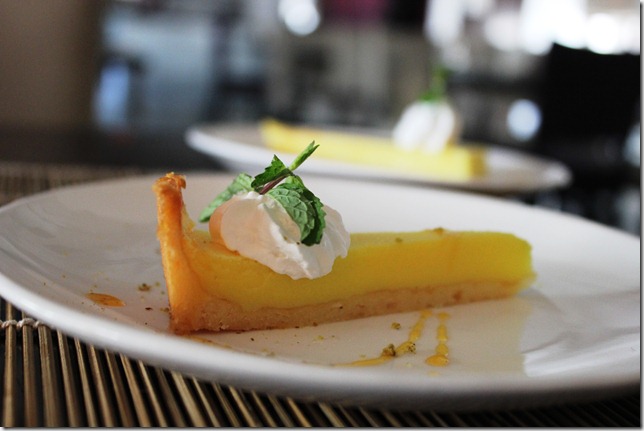 Well it was a pleasant afternoon spent and at a good price but frankly I think I have to try more of Busaba to see if it hits the Asian sweet spot.

just a girl from aamchi mumbai said…
Man after how many days have I visited your blog Kalyan and I am hungry again :) Happy posting.
24 January 2013 at 21:05

Unknown said…
Kalyan you have to try the Vietnamese pancakes, the crab meat red curry and the best choc fondant in Bombay on your next visit :-)
30 January 2013 at 18:04

yatzgad said…
Went to Busaba for three of their Lunches and the two things they hit out-the-stadium shots on are the Prawn momos and the Vietnamese cold spring rolls (guoi cuon). Those two are stellar. A lot else is hype.
7 June 2013 at 02:47