Starting the year with a whiff of Goa in Bandra…Candies, The Bagel Shop 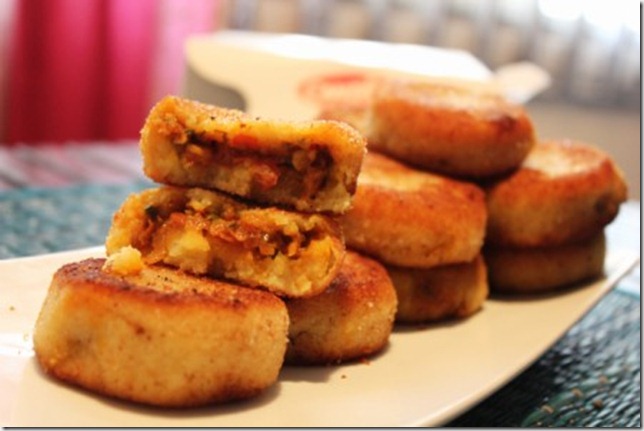 Isn’t it rather strange that Bandra doesn’t have any Goan restaurants? Or East Indian ones for that matter?

This despite a strong history of Goans and East Indians who live in Bandra. Our new landlord is Goan. As was our previous one. Yet there are no Goan restaurants here. Hardly any in the whole of Mumbai for that matter.

In contrast, with Bong Bong, Hangla, Arsalan and Sweet Bengal, there are four Bengali joints in Bandra Khar even though they are all the way from the other end of the country.

Yet, no representation of the neighbouring state amongst the restaurants of Bandra. 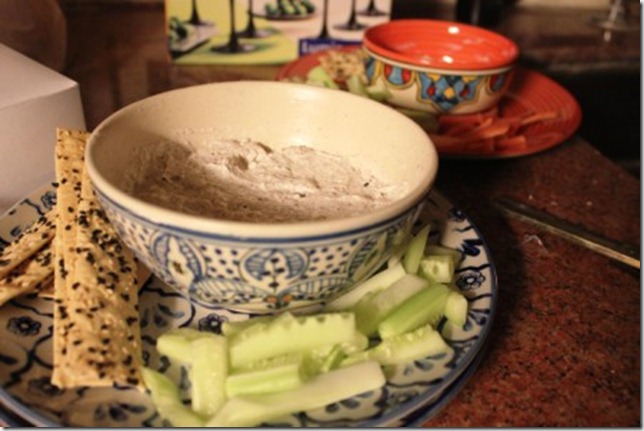 We had friends over the other night. The last big day of unpacking in the new place. K had given me strict instructions not to cook. A wise decision on hindsight. Though I did manage to squeeze in a hung curd dip. I added sumac, zatar and crushed almonds to the dip. And, of course Banu’s chicken shammi kebabs without which a gathering at our place is always incomplete. 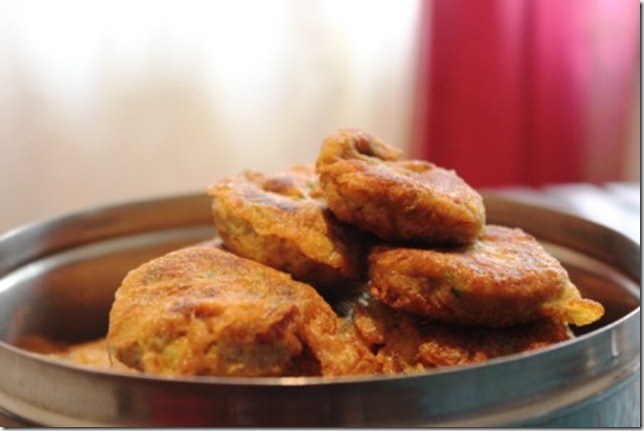 After thinking for a while I decided that we would order Goan Catholic dishes for our guests. Sorpatels, vindaloos, chilli fries, balchows and rechads.

The question was, from where would we order?

Mickneil has shut down. As has Ainsley’s from where I sourced the Bandra gym stuff. Jude’s cold storage stocks frozen vindaloo but somehow that didn’t seem apt for the night. 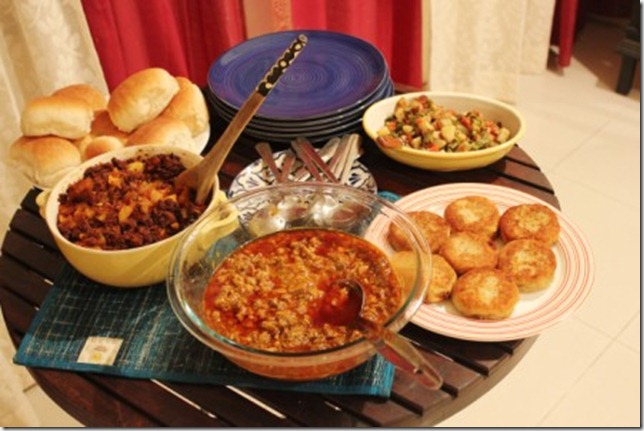 Which is when I remembered that Bandra does have a ‘Goan’ restaurant. With their excellent Thai Green curry and kaalimiri chicken and cappuccino of course, one doesn’t think of Candies as a ‘Goan restaurant’ but it is owned by Goans. And it does features dishes from the kitchen of Mrs Pereira, the wife of the owner.

I went and checked in Candies. They did have sorpatel that day. Candies doesn’t always stock this Goan classic made with chopped bits of pork belly, liver and innards in a curry flavoured with pork blood. That day I got lucky and ordered five portions of it which came with bread rolls on the side. The sorpatel at Candies is slightly sweeter and has a stronger vinegar kick than the sorpatel I have had at the house of some of my Goan friends.

It did turn out to be quite a crowd favourite that night. 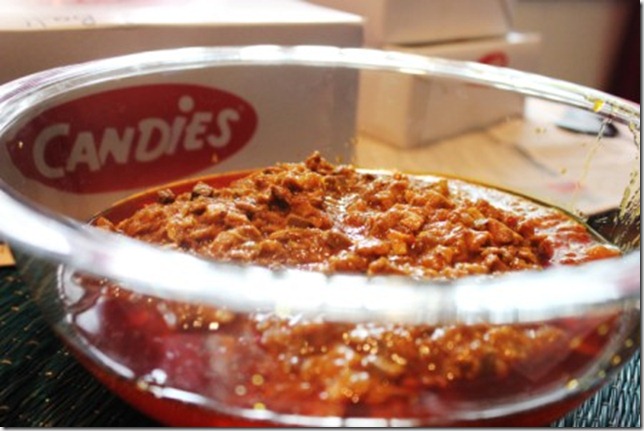 In addition to the sorpatel I picked up some potato chops from Candies. You even get some home-made chops at Jude’s Cold Storage in the morning. Those are made made with beef mince in a bed of mash. The ones in Candies come in mutton, prawn and vegetable versions.

I picked ‘prawn’ potato chops. Seasoned with prawn bits. These chops are normally a favourite of all and are quite warm, maternal and nourishing too 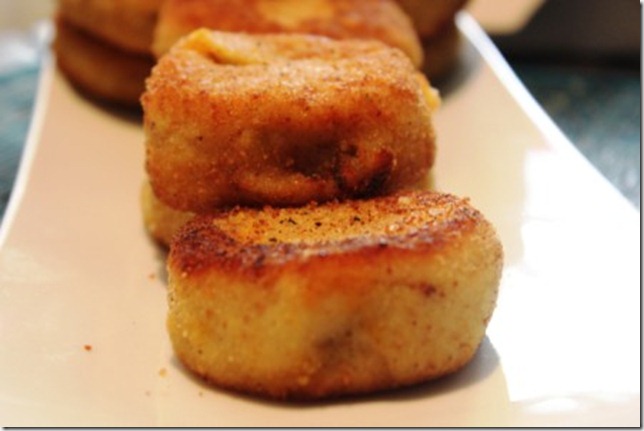 I picked some cheese and potato balls, stuffed with corn, for our vegetarian friend. Can’t be cruel to them after all. 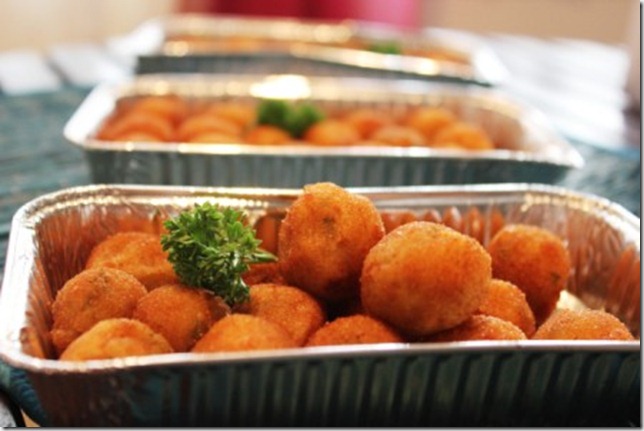 As I returned home from Candies, Anil of Bagel Shop called me. He was checking on a  contact he had given me for Goan food but turned out that that lady takes order only on Thursdays apparently.

I told Anil that I had arranged for sorpatel and chops from Candies.

“What will you do for choriz?”

He knew that one of our guests was intrigued by Goan sausages and that I wanted to serve her some.

Which is when we hit upon an idea.

Anil serves Goan sausage bagels at The Bagel Shop. The sausages which he sources from Goa are some of the best I have had and even better than what one gets in the local shops in Bandra. He had once given us some choriz to cook at home and had once shared the whacky sounding but very successful choriz and cream cheese dip experiment.

Anil offered to give me some choriz for us to cook at home. I explained that with all the work going on at home, it was a non option. 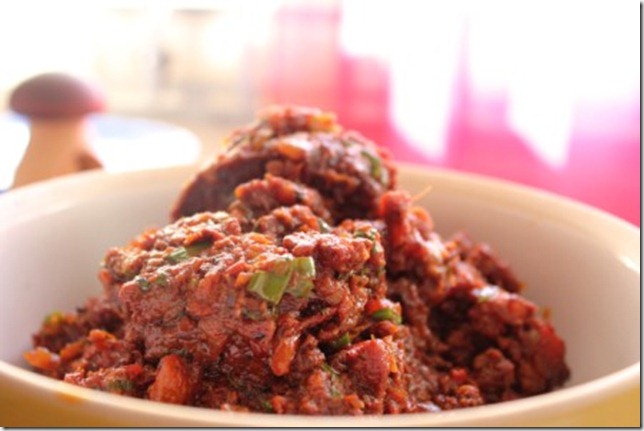 An eureka moment happened and Anil suggested giving me the cooked choriz. The stuff they put into bagels.

“Just add some boiled potatoes to it and heat them together.”

Turned out to be a great idea. Both K and I loved it and next day my father in law couldn’t have enough of both the choriz and the sorpatel. Apparently these reminded him of a restaurant called Frederick (or was it Cedrick)  where he would go for pork vindaloo during visits to some training centre. 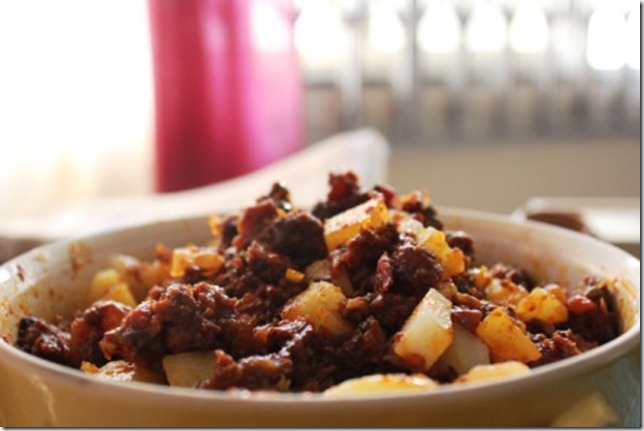 The choriz at Bagel Shop is spectacular regardless of whether you have it in a bagel or with the more traditional pao. 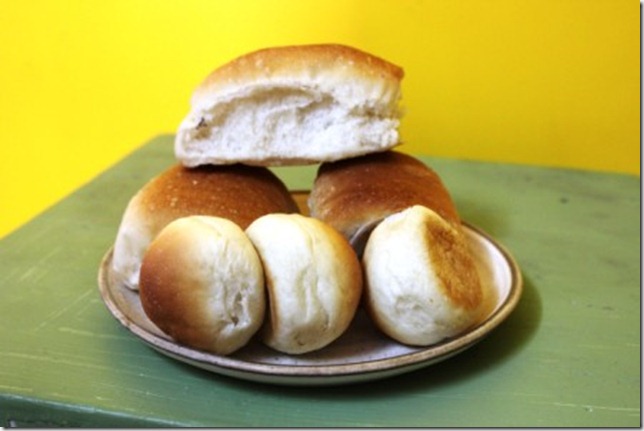 We bought the choriz on the basis of grammed portions that went into bagels. Doubt if Anil would retail this to all though. That would leave choriz bagel lovers at the Bagel shop rather hungry after al.

Which means that your best bet for Goan food in Bandra is to make some friends.

How’s that for a new year resolution?

Have a great 2013 folks and please wish that I get some better internet connection in the new place. The Reliance dongle crawls and MTNL hasn’t transferred our connection yet. Someday one will look back and laugh at the memory of the slothish internet speeds at which one used to blog. Not tonight. 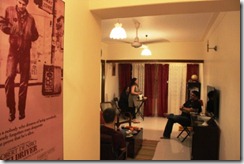 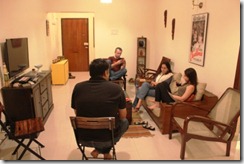 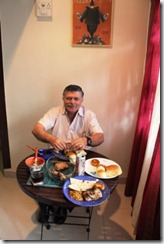 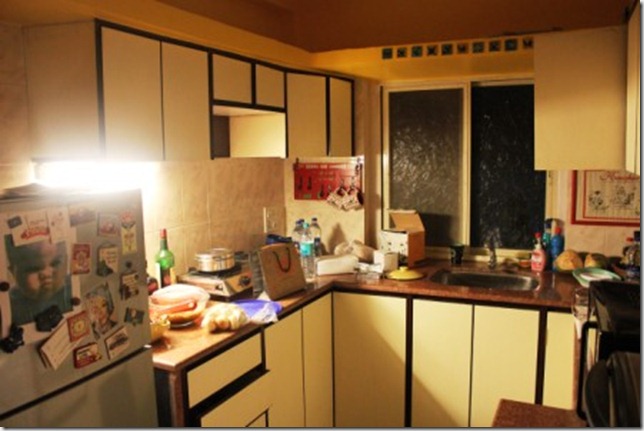 Sangeeta said…
Here's wishing you a very happy 2013, Kalyan. Hope to read more of your reviews, kitchen experiments, dude food and new 'food walks' in Mumbai(too bad I am in Bangalore). May the sunshine in your kitchen spread all through to the new year!

Kalyan Karmakar said…
Thank you so much for your warm wishes for Sangeeta. Yes, I am looking forward to cooking, discovering, walking, writing so thanks a ton :) Wish you and your loved ones a great 2013.
4 January 2013 at 12:04

The Bride said…
Even if you have Goan friends you may never get any chorizo because they are so picky and will only buy it from some godforsaken shop in Mapusa and their stock is over and they won't be able to make another trip till May. At least that is the situation with my mother.

Kalyan Karmakar said…
Sounds like Bengalis who will get their post from Kolkata even though you get khuskhus here. Our friends who dropped in that night said that you get better Goan sausage in London than in Mumbai according to them
4 January 2013 at 13:27

Gourmet Chef said…
Missing those yummy finger lickin saussages, cutlets n sorpotels...Need to head directly from the Airport to Martins & Snow flakes whenever i am back to Mumbai next.........n after that wud be heading off to Souza Lobo in Calangute,Goa for a much more authentic spread of the above mentioned goodies.......