After almost giving up on the possibility of getting a good sada dosa in Bandra I came across the near perfect dosa here this Saturday.

The dosa was crisp on the outside and then soft and pillowy beneath the crispness. Each bite a beautiful symphony of great taste, texture, aroma and flavour. Yes I know that there are as many, or more, types of dosas as there are biryanis but the basic fact is that the dosa in question was an ethereal, out of body experience. And it takes a lot for a dosa to stun my out of my morning stupor.

This dosa epiphany of mine was at the South Side Cafe in Bandra’s 16th Road beside Khaane Khaas and Bong Bong. A quiet, relaxed oasis just by the hustle of the traffacked roads with cars, rickshaws and  delivery vans passing by. 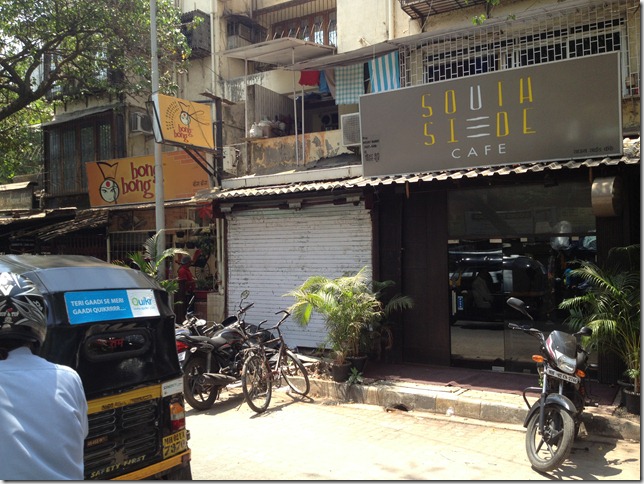 I had heard of this new place & often passed it by but hadn’t had the chance to drop in. I felt like a light breakfast on Saturday after physio and had dosas on on my mind. I was headed to Shiv Sagar, the only option around, when I passed by South Side Cafe. On a whim, I stopped in front of the Cafe and got in. 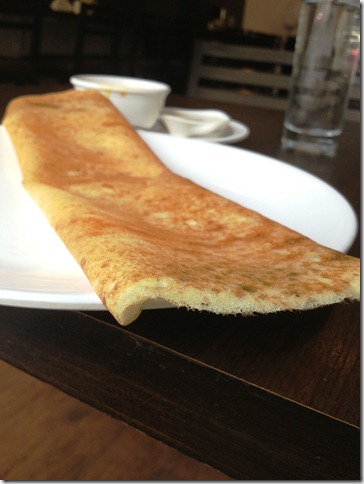 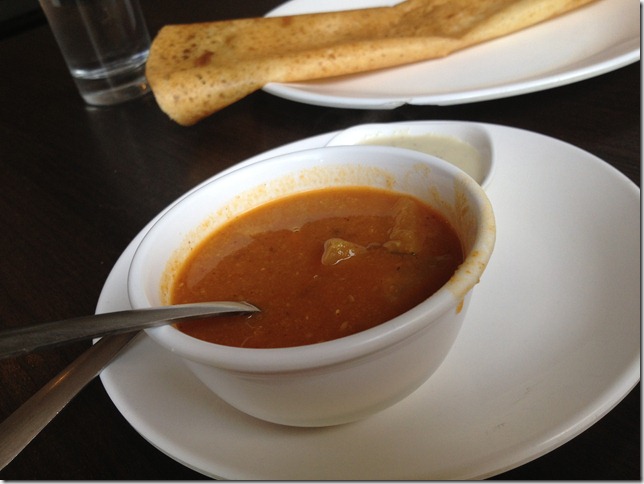 The pricing at Rs 65 (1.2 USD) was similar to what Shiv Sagar variety of places in Bandra charge for sada dosas in the AC section.

I later  had a filter coffee too in South Side Cafe which was frothy with the flavours clean and strong. . 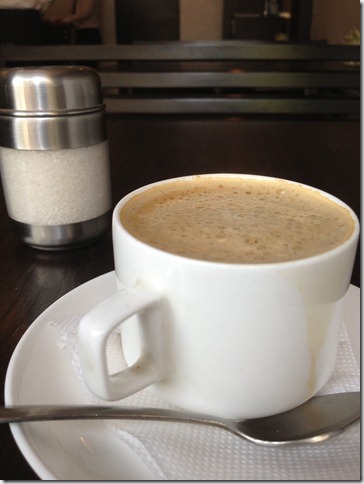 The texture of the dosa here reminded me of the dosa that I had eaten at the hallowed MTR in Bangalore & I soon found out the reason for this similarity.

There was a gentleman sitting in the corner counting cash and signing bills. On asking I found out that he was Aditya, the owner of South Side Cafe. Turns out that Aditya from a small town called Ankola In Bangalore. His chef us is from Bangalore, the MTR city. As is his chef. Hence the memories of Bangalore in the dosas here.

Aditya came to Bandra about 16 years back, Same time when I did. Got addicted to Bandra. Just as I did.

Aditya doesn’t make any bones about the fact that he loves his meat even though his restaurant is vegetarian. Nor does he have any qualms about not being a ‘foodie’. Nor is he a trained restaurateur. He comes from a mining family. Aditya makes no effort to build a culinary story to sell his cafe. 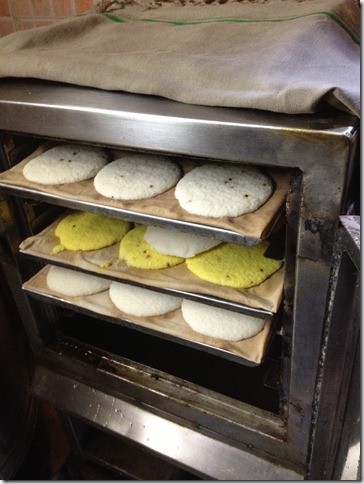 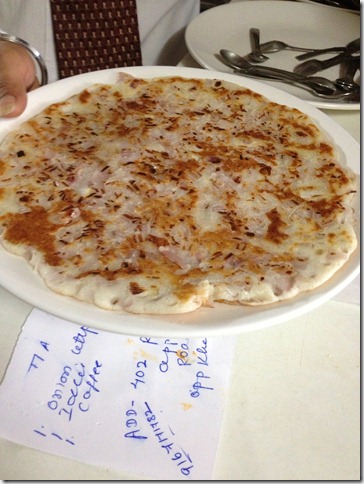 South Side Cafe is Aditya’s attempt to do something worthwhile in his adopted home, Bandra, so that he can stay back. In the process he wants to give back his very best to Bandra. He showed me his kitchen. Apparently the fact his hot plate is 3.5 cm thick and this is what gives the two toned texture to the dosas versus thinner hot plates which lead to plasticky dosas. The kitchen has a lovely steamer with idlis steaming them. The vadas are fried after customers pay an order. Yes, the Cafe did have a rough beginning but Aditya said that he has learnt through the process. The only suggestion one has is that they should add a bit more character to their rather plain crockery that they use which is neither here not there 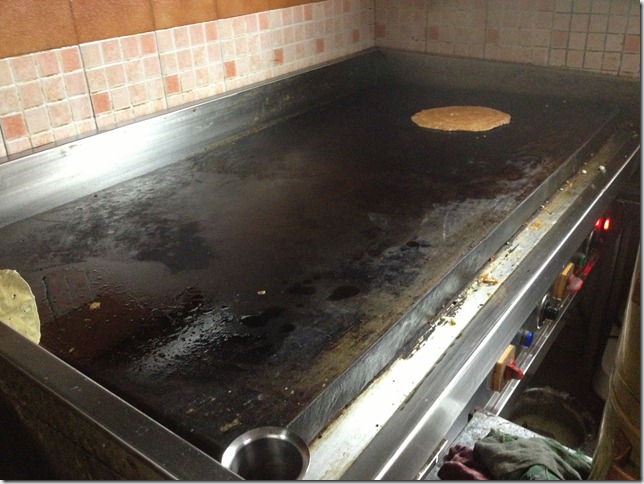 The honesty and sincerity of the people behind Bandra’s South Side cafe showed in every bite of the sada dosa that I had there. 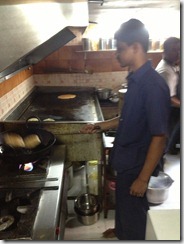 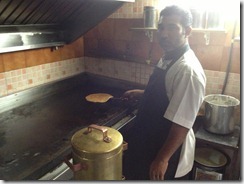 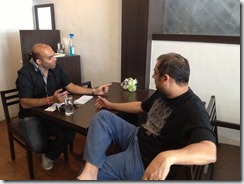 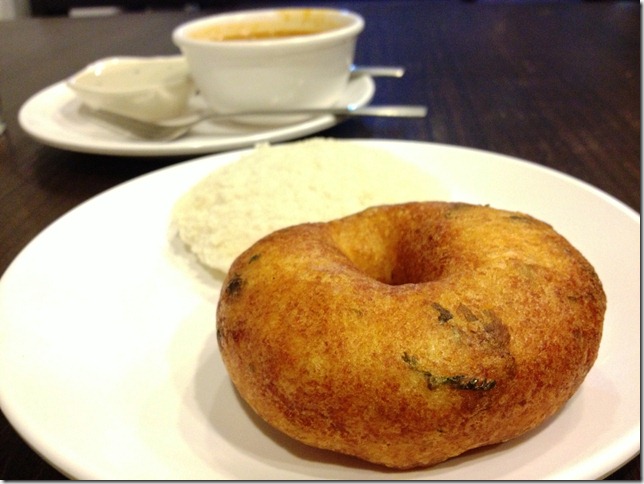 I went back one evening a few days later. The place again largely empty.

I ordered an idli vada plate (60 Rs). I sat down and could hear the sound of oil bubbling from the kitchen. Aditya had told me that they fry the vadas once the customers place their order.

Well, let me say that I have never had an experience like this. I nudged the vada with a fork and it gave in and broke into two pieces with a clean cut. Amazing freshness. I have never had a vada so bouncy & juicy and so pure.

The idli was nice too, flat, not huge, moist…well what else can one say about an idli… 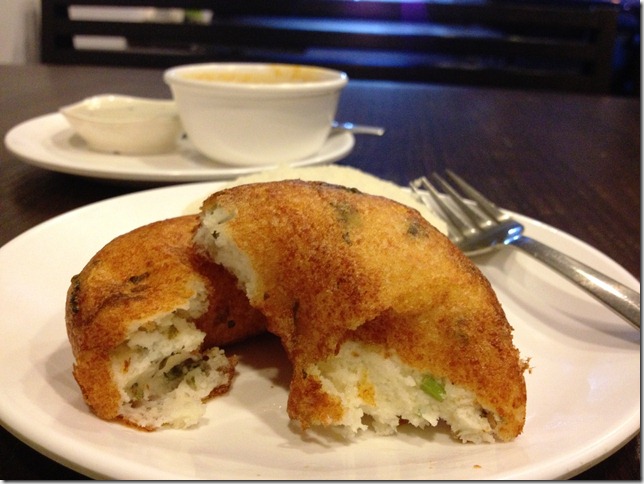 I am planning to do a Food Legends of Bandra Tasting Finely Chopped Walk this Saturday, 30th march 2013. Keep watching this pace for more. Something tells me that soon Aditya and his South Side Cafe will soon be one such legend. Fingers crossed. Don’t want to jinx a rare good dosa place in the hood. 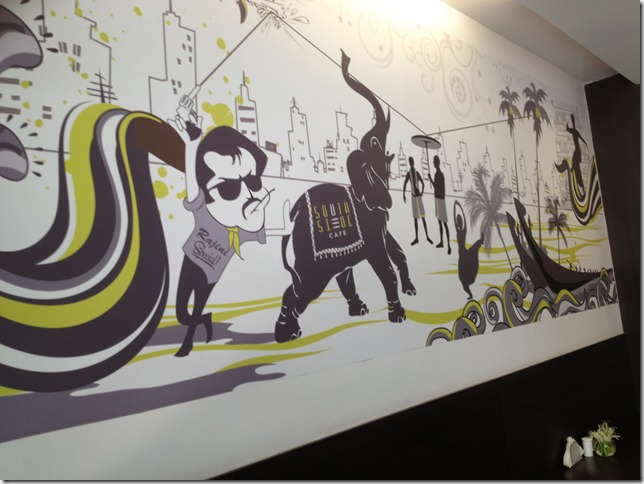 Anonymous said…
I would recommend you try the medu vada at Idli Company (part of the food court at Phoenix Kurla) .. Super sambar, 2 types of chutneys and piping hot vadas .. The best that I have had in Mumbai - Abhijeet
25 March 2013 at 23:09

Anonymous said…
Guys i recommend you all just try some of the food here! The medu wada is to die for! and the rates are good for all pocket sizes!
Kenneth Hopkins
16 April 2013 at 14:10

Kalyan Karmakar said…
@Anon unfortunately yes. The owner had to leave to look after the family business
29 June 2015 at 17:59

Anonymous said…
Thanks for the feedback, can you recommend any other restaurants serving good south Indian food?
5 July 2015 at 13:44

Kalyan Karmakar said…
I would suggest swagath in fort near strand book store for south indian veg
5 July 2015 at 14:44