on March 23, 2013
Update: Since I wrote this post, I met young food enthusiast, Vipul who has gone and found out that Cafe Excelsior is going strong and is not shut. That's great news


Yesterday was the first time that something Cyrus Broacha said made me sad.

We met at the Taste of Mumbai event and I am a big, pun intended, fan of him. Cyrus told me that Cafe Excelsior, the Irani Cafe, near Excelsior cinema had just shut down. A favourite place of both of ours, we were both a bit sad at the prospect of most Irani cafes shutting down eventually. In case you are wondering, apart from when reminiscing about Irani cafes, Cyrus is laugh a minute off camera too. 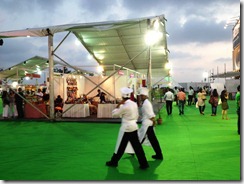 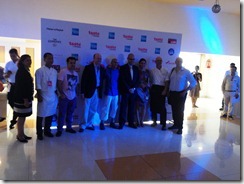 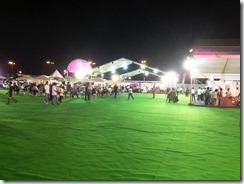 I was at the press launch of the Taste of Mumbai and the opening hours reminded me of day 1 of Auto Expo where industry folks catch up with each other before the general public comes in. I caught up with loads of folks there, Shobita of Imrpessario, food writer Antoine Lewis, Raunak of Times Guide Bangalore who shared a lot of what he was eating with me. Sona and Kainaz of BBC Good Food, good old Chef Vicky Ratnani of Aurus, Chef Jehangir Mehta and Saransh Goila who broke his head trying to interview me in Hindi for byte on Food Food. Was great finally meeting Riyaz Amlani finally in person. Great guy. Then more chefs, Abhijit Saha from Caperberry & Ajay Chopra of Westin and the folks from Weber. Bloggers Samir, Romi & Prachi and loads of readers. All round good fun. 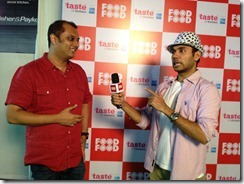 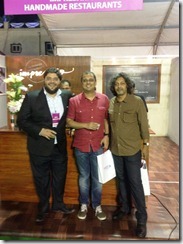 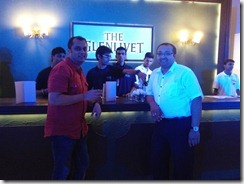 The event is from 22nd to 24th of March 2013 at Marine Lines. Many upscale restaurants are there and I tasted the stuff from Kofuku & Westin from Raunak’s plate…great squids & prawns & then Riyaz treated us to some John Dory & Prawns…all the food very fresh. There are stalls selling cheese, meats, a farmer’s market including some folks selling organic teas & a Sweet Bengal stall too. Most of the dishes are priced at around Rs 150 – Rs 300 I think and a great place to do a Mercador San Miguel sort of Tapas Crawl. 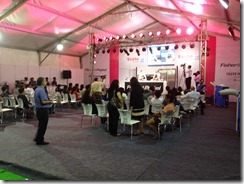 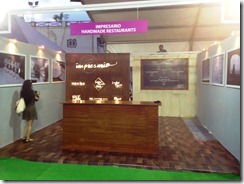 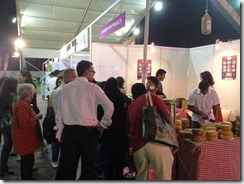 While Taste of Mumbai captures the modern world city aspirations of Mumbai, including the lousy traffic while trying to reach there, I wish they had a corner which represents the DNA of Mumbai. A corner with Koli fish fry, Malvani fish curries, Irani kheema pao, Parsi cutlets, the ubiquitous vada pao, pao bhaaji, frankie or even Chinese Bhel!

Still it’s a good start and I hope that they make an effort to help bring out the heritage of Mumbai in the Taste of Mumbai while capturing its future.

Talking of the taste of Mumbai I am very happy to share my article on Hotel Deluxe, one of my favourite restaurants in Fort, which has featured in the April issue of the BBC Good Food Magazine. Lovely photos by Bajirao Pawar in them. Hope you like the article. 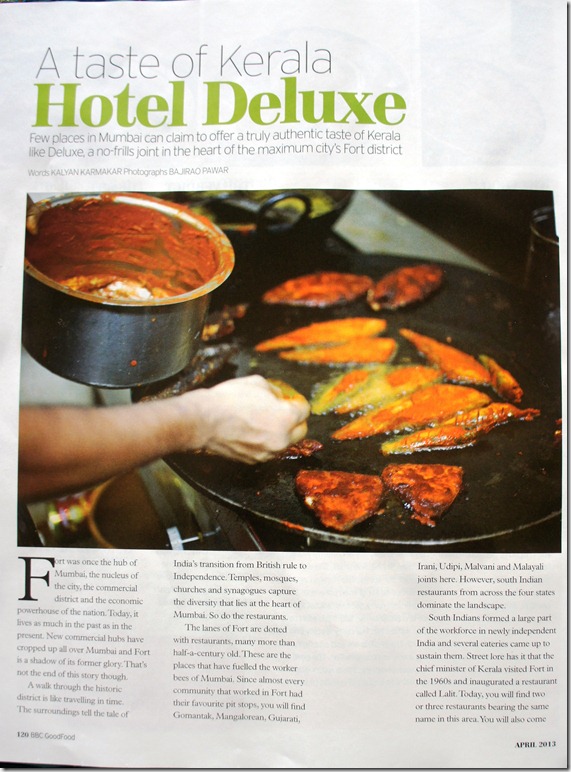 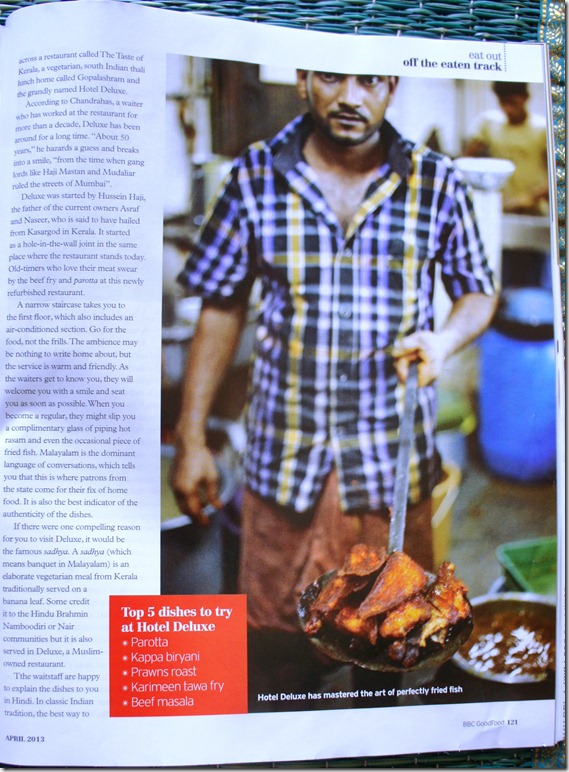 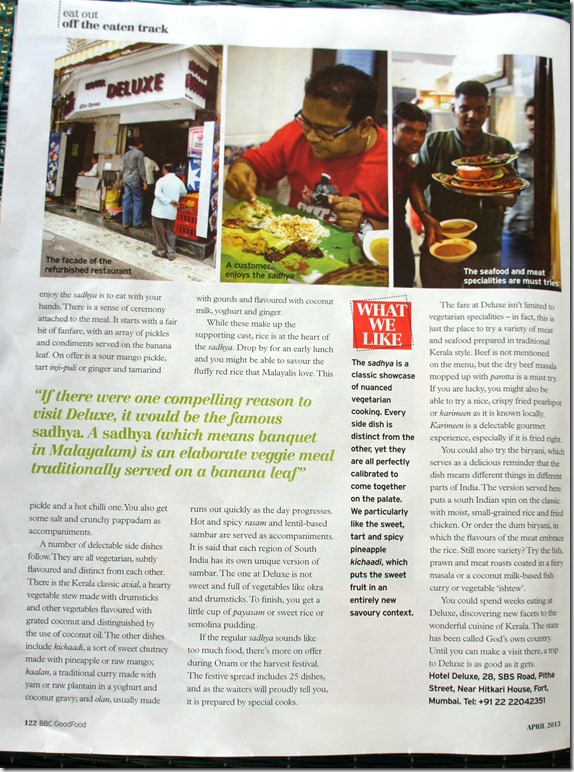 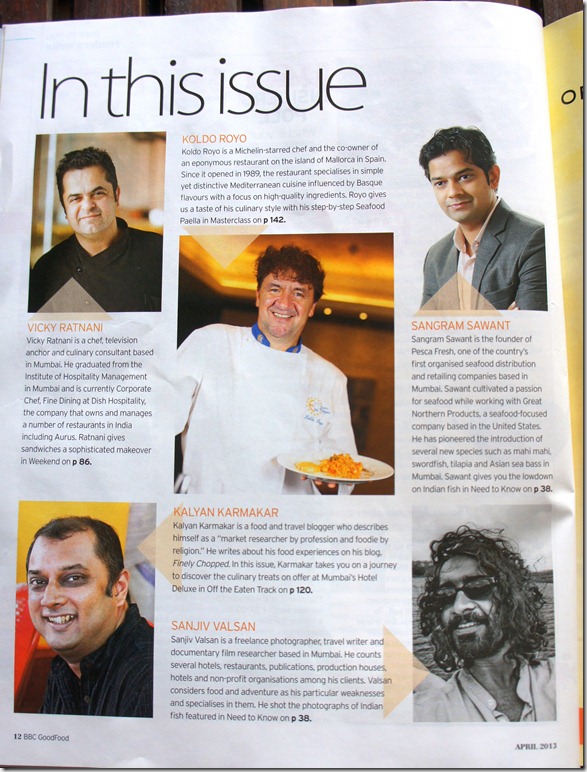 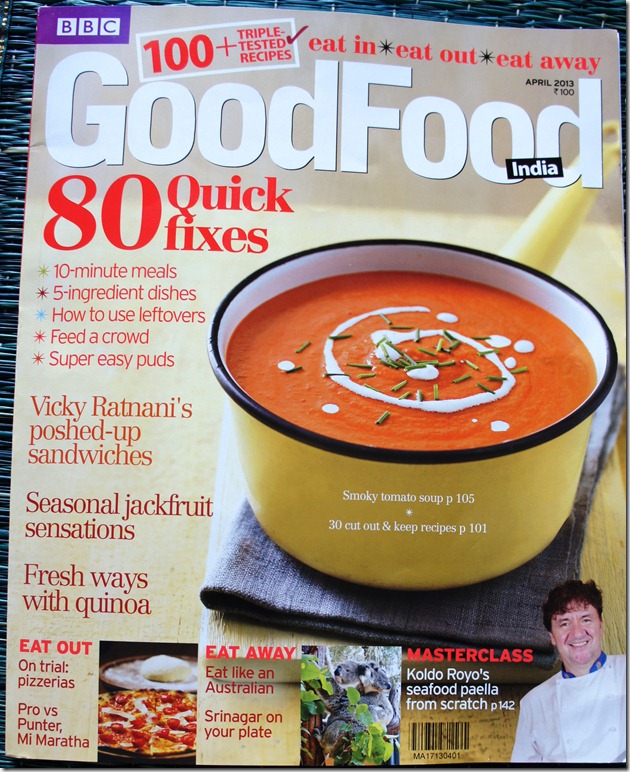 Talking of Cafe Excelsior, yesterday photographer Ming Tang-Evans from the UK tweeted me a couple of Finely Chopped Irani Cafe stories which are on the plate designs of Dishoom, the Indian restaurant in London. Coincidentally the tales were from Cafe Excelsior. Just wish they got my surname right! I am fed up of everyone interpreting my surname in different ways.
Very happy to see the tales from Mumbai in London on the other hand. 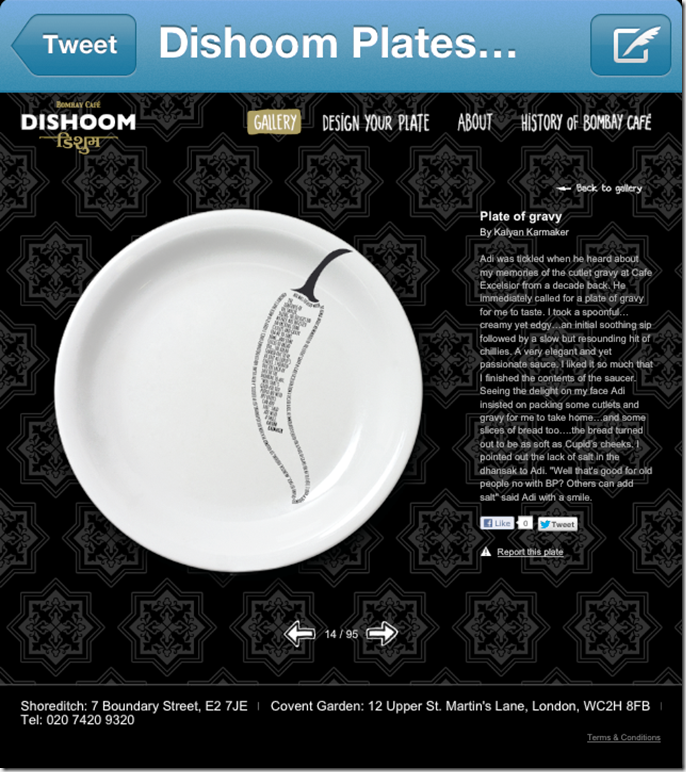 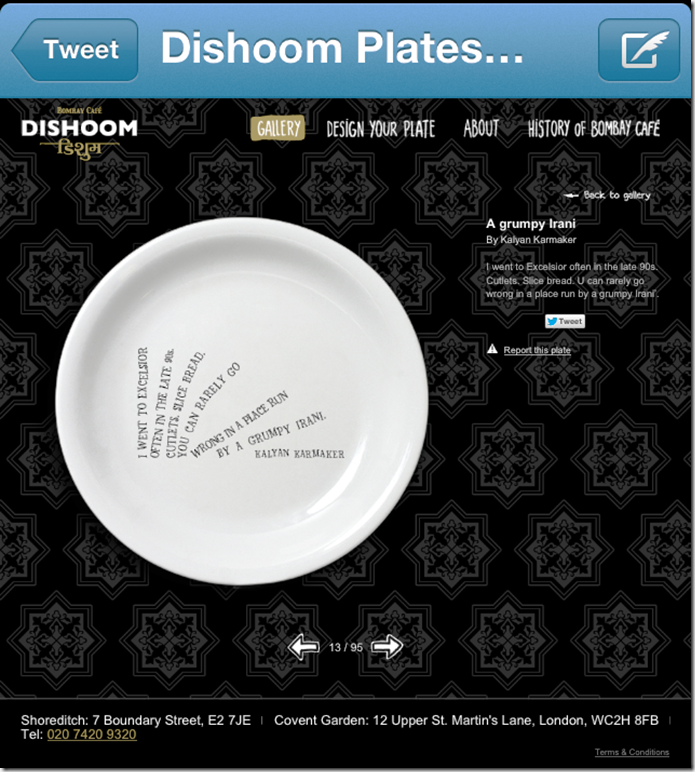 Gourmet Chef said…
Has it really shut down? I still cant get over the shock.......one by one all precious jewels of Bombay fading away to glory...Bastani (Dhobi Talao), Embassy (Wadala), Blitz (King Circle), A1 (Nana Chowk) all gone....Now Excelssior to follow suit as well ....Used to devour nice lacy mutton cutlets with their trademark gravy & loads of paos during my college days...Extremely sad abt the current plight of Iranis in aamchi Mumbai.......
24 March 2013 at 05:50

Kaevan said…
I almost made it to a Dishoom plate myself. Unfortunately, the quote they wanted to use from my video wasn't mine but from a book by Farrukh Dhondy.
25 March 2013 at 17:13