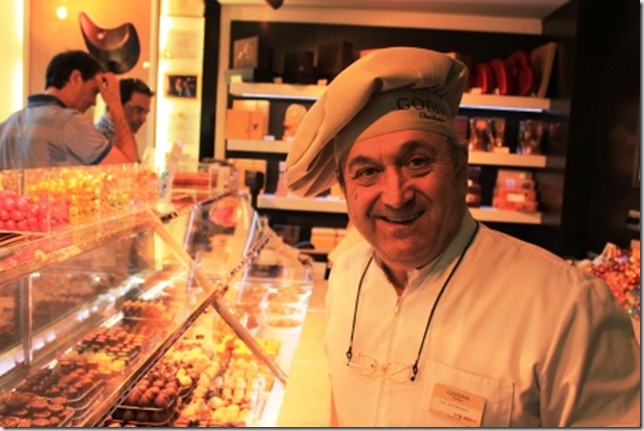 I am often a bit out of sorts when I am travelling alone and land at a destination. Specially after a long flight. I begin to ask myself whether the trip was worth it.

Sometimes a nap fixes fixes my mood. Sometimes a good meal could like the one that I had on the streets of Chiang Mai. At times a eureka moment happens. Like the time I landed in Sydney, stepped out to the Rocks and fell in love with it.

This time it was the kindness of a noble man with a heart as pure as chocolate that made me feel welcome and at home.

I landed in Barcelona for the Casa Asia conference. Exhausted after a long flight with a hurried stop at London. I entered my room in the Hotel Melia and was listless and sapped of energy. I was hungry too after some lousy airline food. 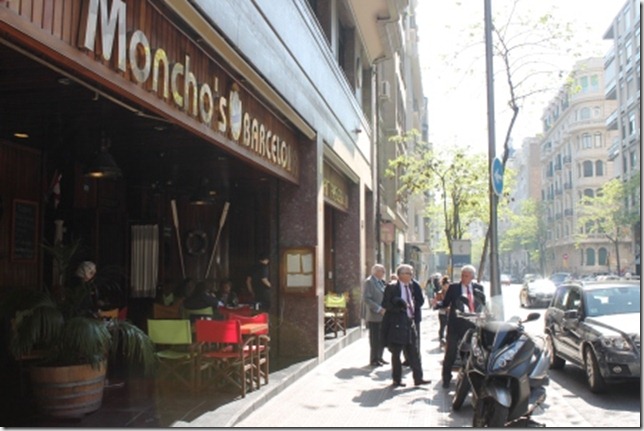 Suprio Bose, Director of Trade for Catalonia in India, was around and he suggested that I head to a place called Moncho’s nearby for a tapas lunch. The hotel concierge vetted the suggestion and I walked down the pretty streets of Barcelona. A lovely pot of prawns in garlic and olive oil, ajoli  not the frothy gambas pil pil, and suddenly the trip began to make sense. 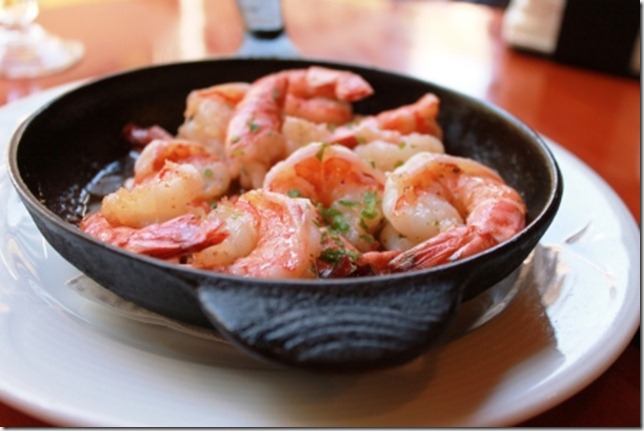 In our last visit in Barcelona we were at the Jazz Hotel which is closer to the touristy city centre of Universitat and La Ramblas. Melia, on the other hand is closer to the business district, so I wasn’t sure where to go after lunch. I spoke to K on the phone when she suggested that I walk to La Ramblas and retrace the path of the long walks we used to take in February post meals to our hotel. She specifically recommended the helataria (hand made ice cream shop) on the street of La Ramblas where she had a most incredible ice cream during our last trip.

The plan made sense and I did want to have that ice cream so I stepped out. I knew it would be a long walk but I had a couple of hours to kill before my dinner engagement. As I began to walk down the tree lined Diagonal, the road that sew Barcelona together, I began to cheer up, surrounded as I was by pretty houses, pretty roads, pretty people…it was all very modern fairy tale-ish. 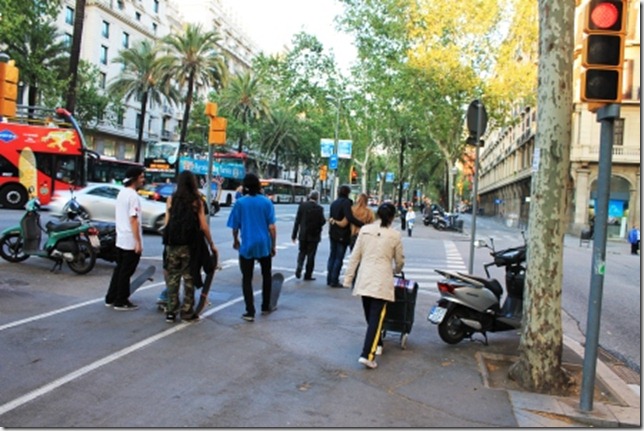 As I crossed over to the inner lane I felt very nostalgic about our recent trip to Barcelona. There was the Enrique Thomas store from which we bought jamon in our last trip. Then there were the lanes near Velodroma & Espai Boisa and possibly Paco Meralgo where K and I came to in the previous visit and would walk back the long road back to the hotel egging each on in the cold.

Gosh was it just two months back?

As I passed by those familiar lanes I noticed a shop where a couple of folks were doing up the shop display. It was the Godiva shop. The only one in Spain as I was later told. 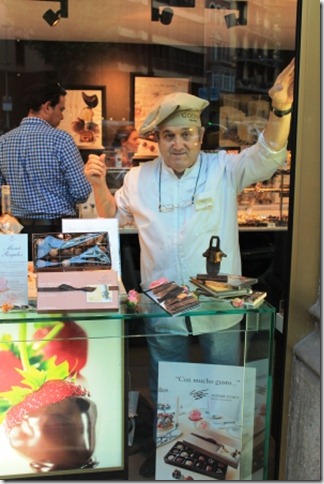 Suddenly the gentleman at the window pointed at the camera hanging around my neck, smiled and called me in.

“Would you like to take a picture?” he asked with a big warm smile.

I happily took one and then joined him inside for a chat when he called me in to see the store decorations. We begun talking and I got to know that Joan Llovet Berenguer, the gentleman with a kind face standing in front of me, has been a chocolatier for about a quarter century now. He goes once ever three weeks to Brussels to pick up supplies from Godiva for his shop. 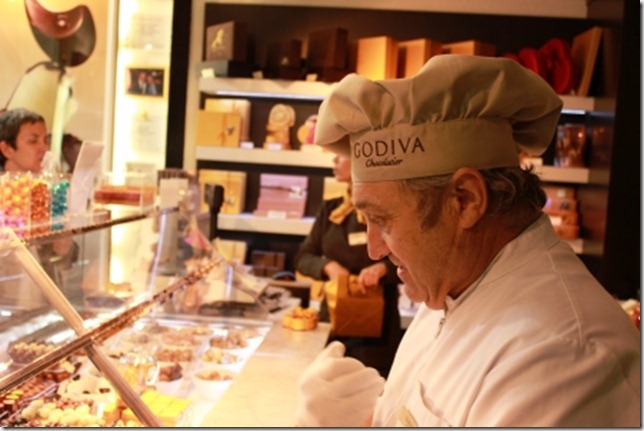 “Taste some chocolates” said Joan to both of us. 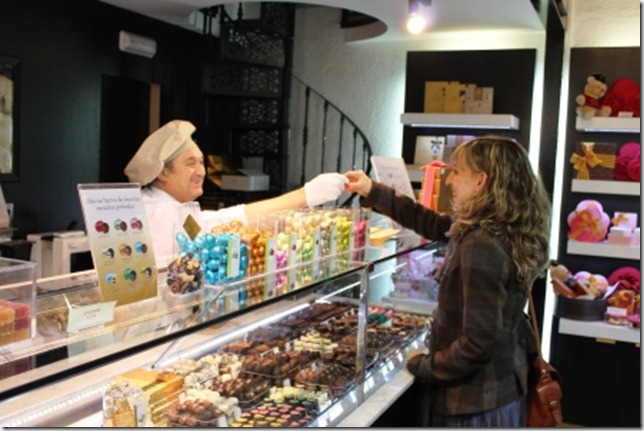 “Where are you from?”  Joan asked me and on hearing the answer he broke into a big smile. 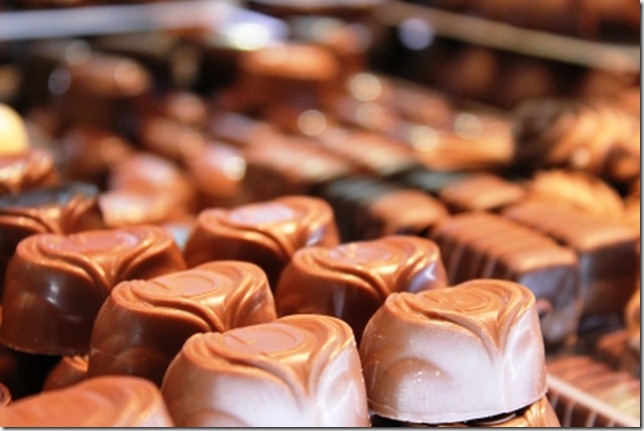 Joan excitedly told me about his trip to India, where all he went, the people he met and then suddenly, “ I want to give you something”

He took out a box and layered it with the prized Godiva truffles.

“Wait,” he said, “I will tie a ribbon around the box as Monday is a big day for us”. 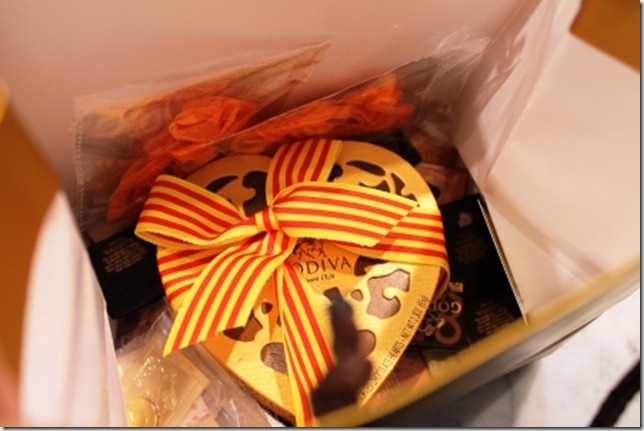 He tied a ribbon with the Catalan (and East Bengal) colours of yellow and red around the box. I later found out from Manel of Barcelona Tourism, that Joan was referring to the festival of St Jordi.  This was a day when men apparently gifted roses to the women in his life, normally one stick from what I understand. The women in turn give their men a book. Any book! This is what the Catalans of Barcelona celebrate instead of Valentine’s which Manel told me that they find to be too Americanised. 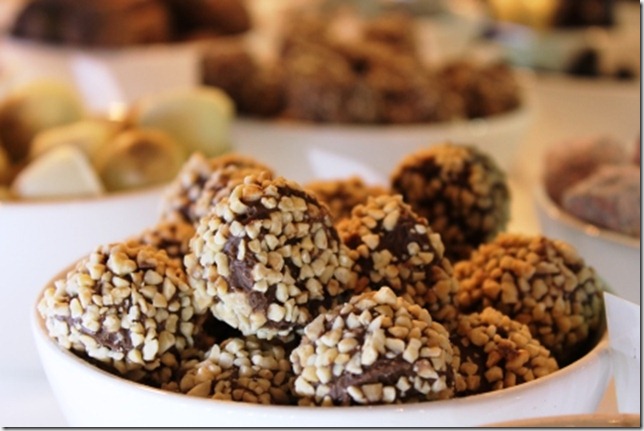 Finally I said, “Stop, stop you are too kind but I possibly can’t accept so many chocolates…you can’t run a business this way”.

Joan looked at me, broke into a smile so big that his eyes almost disappeared, somewhere it seemed as if I could see faint tears in them as he said, “When I went to India in 1978 it was almost as if my life changed as everyone welcomed me with such love and made me feel so good and special. These chocolates are for those wonderful days. I love India”

I stood there looking at Jean. Soaking in the the rays of sunshine around us. Feeling so warm and welcome in a land so far away. Thanks to a man I had never met before. I felt humbled and very lucky and with a big big big bag of chocolates very happy too.

Joan said goodbye. I found out that it was his wife’s 60th birthday and he was actually about to leave when he met me. 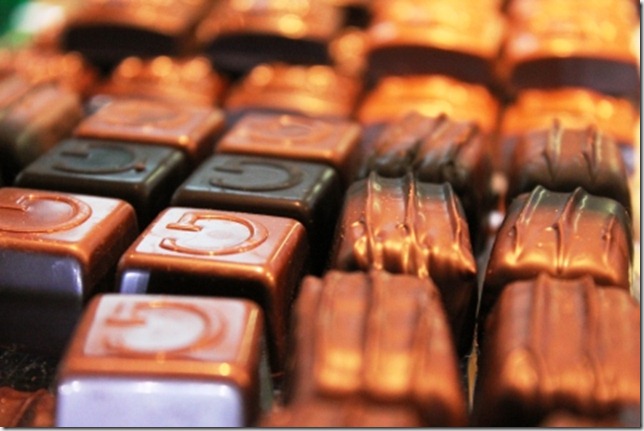 The evening with Joan seemed to set the the tone of a great trip in Barcelona and London where I was made to feel so welcome by so many folks. A couple of weeks later I was back home in Mumbai and headed to the fridge and reached for the red bag in which I had kept the chocolates. As I bit into one of exquisite Belgian chocolates I remembered the face of the kind gentleman from Barcelona who had made me feel like a kid in a candy shop once again.

Thank you Joan…India is waiting to welcome you back. 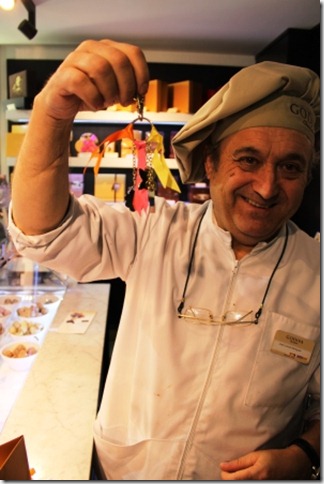 Next morning I saw that K had stuck Joan’s card on our fridge and this is what she had to say about it on facebook after she posted a picture of the card:

“A man who sends a bag full of chocolates all the way from Spain, deserves to be remembered forever. And the times that we live in, it means putting him on Facebook.” 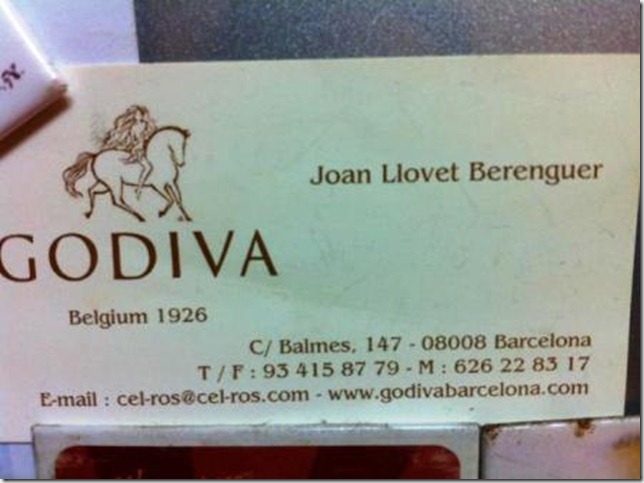 What a lovely and lovingly written portrait of Joan, I can almost hear his joie de vivre and sheer affection for India through your words:)
8 May 2013 at 20:38

evolvingtastes said…
What a wonderful story! One wouldn't believe it happened in Godiva, which is a large chain, and doesn't really have a personal touch in their outlets.

The Bride said…
What a gem! And Godiva chocolates are seriously expensive also. I would have felt obliged to buy.
9 May 2013 at 12:53