Rathhin Mathhur, AKA The Hmmmutton Man, another of the great folks I met through twitter recently.

I landed in Delhi on Sunday to a partially waterlogged airport which apparently had come second in some airport awards list the previous day. I tweeted about my landing in Delhi as I searched for my luggage in the chaos and a certain @rathinmathur tweeted back, “can I send some Hmmmutton your way”

Having read about it in the Mint Lounge the week before I was quite eager to try the Hmmmutton and famished too after the usual lacklustre inflight Jet meal. Rathhin very kindly sent a box over to my brother’s place and we got a taste of the amazing dish.

The taste was so familiar. A taste lot like the kosha mangsho I make. And yet different. The texture different to start with as the meat is shredded and is interspersed with paan or betel leaves. A lot of complex tastes coming together in meaty harmony. The dish was meat packed and we enjoyed it over two nights with a friend joining in too. The taste became even better with each night. 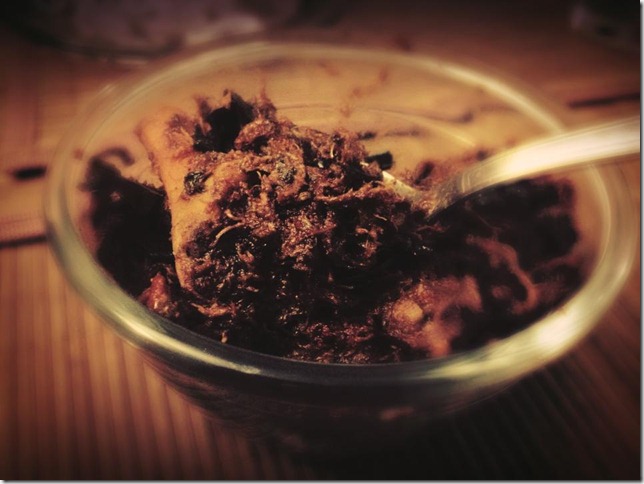 The mutton combined beautifully with the parathas my brother had got from Tunday here. He also picked up some great kebabs which were quite similar to the ones I have had in Lucknow. 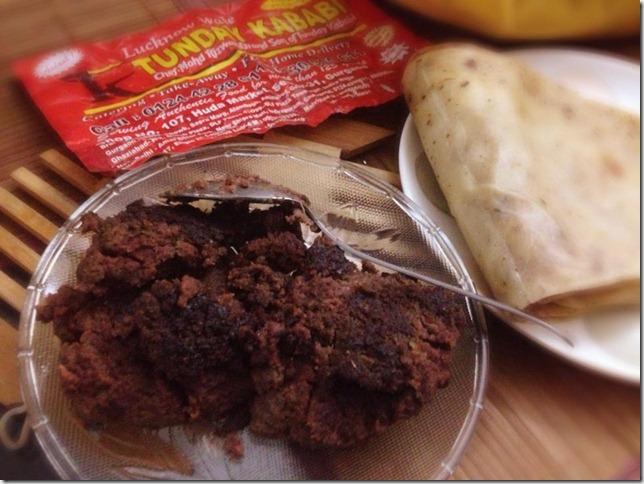 Rathhin delivers his Hmmutton in Gurgaon and people from Delhi can get it picked up. You can read more on his Hmmmutton fb page and if you love meat then you should definitely try it.

A couple of days later Rathhin and I met for lunch. We met at Swagat at Gurgaon’s Sector 20. Swagat, Rathhin told me, is the non vegetarian arm of the South Indian vegetarian chain here, Sagar Ratna.

The setting very pleasant with a neat lawn outside the big windows which is an experience us Mumbaikars are not used to. The menu quite schizophrenic with South Indian, North Indian and Chinese popping up in equal measure and I let Rathhin do the ordering.

I chose a butter milk and from the way the beautiful flavours of curry leaves and fresh ginger and chopped chillies had spread through the drink I knew that the rest of the meal would be good. 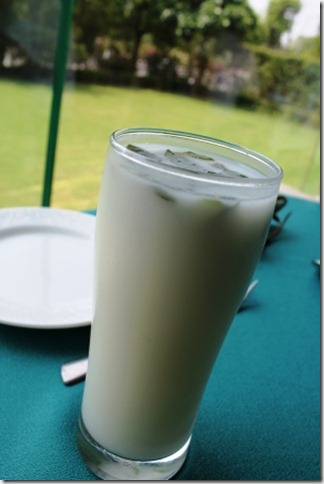 As we waited for our meal I listened to Rathhin’s fascinating story of Hmmmutton. Of the incredible response that it had got. A great case study of meat going viral. We spoke about the limitations of the traditional restaurant delivery formats with high real estate costs and the problems of franchising leading to increasingly mediocre to poor food being dished out at most new places. In a scenario like this home chefs can fill a great gap. 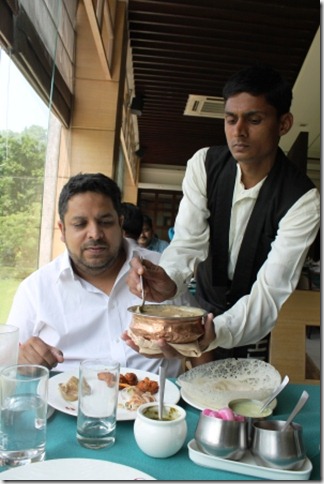 We discovered that we had similar views on certain restaurants, food ‘people’…writers, food communes and groups…shared our experiences of venturing out of our corporate lives with his Hmmmutton and my Finely Chopped Walks. It was a great chat which we both agreed happens in one on one meets or small groups where folks have already interacted versus in big faceless group of people getting together.

Yes, we got on like a house on fire. Which is why Rathhin’s choice of restaurant and dishes worked so well for me too.

Hi favourite fish koliwada (surmai) was crunchy, flavour packed with semolina seeds adding an interesting textural contrast. Combined as well with the soothing buttermilk as it would have with a chilled beer. 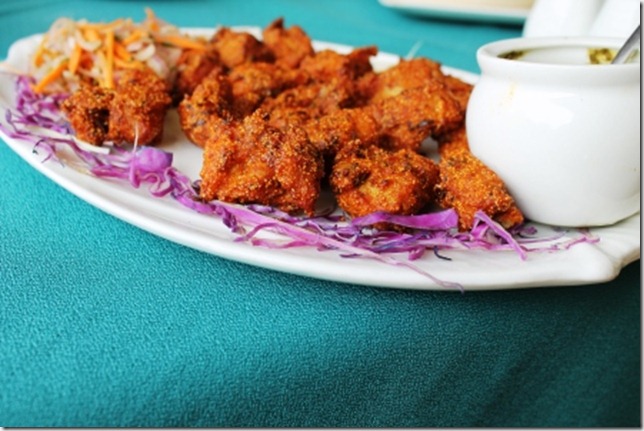 For our mains we had a Keralite chicken (on the bones) stew with appams. The chicken tender and the gravy had a bewitchingly delightful flavour. We couldn’t identify what it was and all the steward could say, when asked what went into it, was ‘coconut milk’. Perhaps the hypnotic flavours spawned from curry leaves or perhaps an alchemic combination of spices.

This was Indian cuisine at its soothing best and that too in the capital of butter chicken. 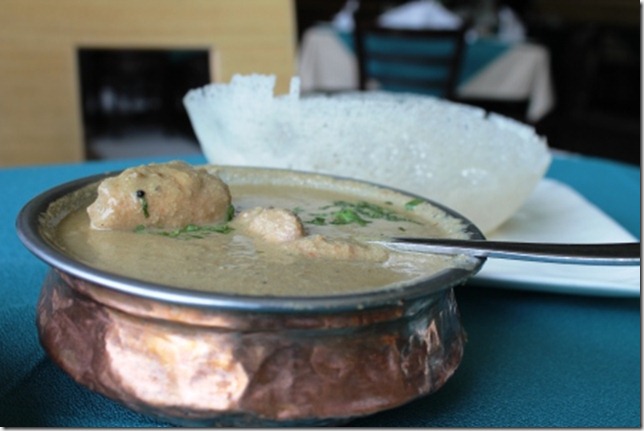 Time the world realised that there is more to Indian food than curry. Time to think beyond box when it comes to food as folks like Rathhin are showing us. 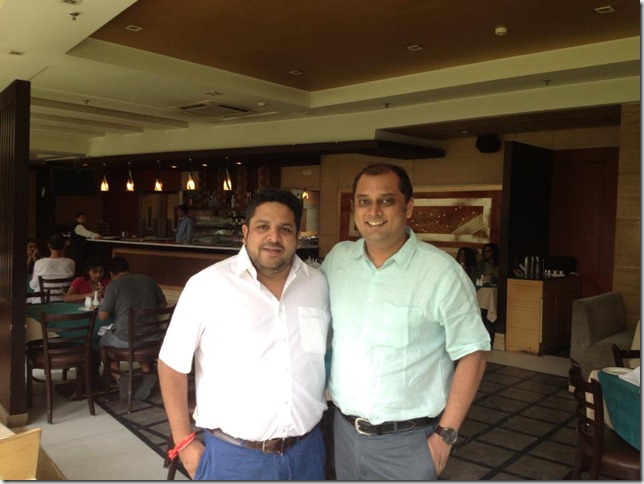 Glutton said…
Authentic Dal Gosht is another thing which is not talked much about, the old Jaffer Bhai still makes it on Fridays I guess.
22 June 2013 at 18:12