Scroll down for details on the walk. 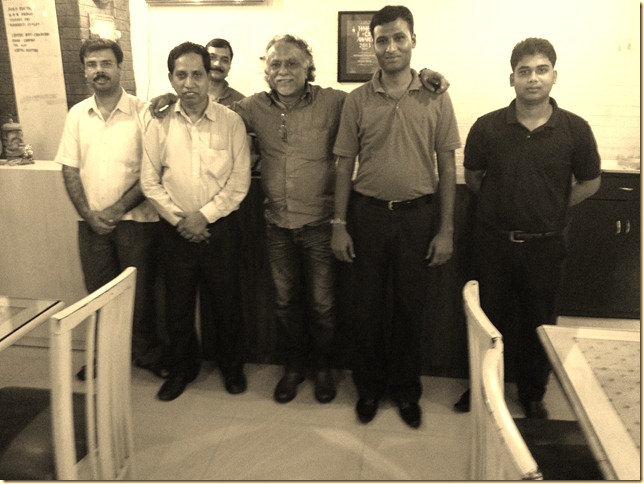 Our cook bunked yesterday and we took the opportunity to drive down to Bhojohori Manna at Mumbai’s Oshiwara for a good home-styled Bengali dinner.

The shukto (appetizer), daal, alu posto (potatoes in poppy seeds) & Borishal ilish (Hilsa cooked in the style of Borishal in Bangladesh) hit the spot as did the mishti doi that they outsourced at Bhojo. The food, once again, consistently good as it has been ever since they did a turnaround after a rocky start. The welcome from the manager, Suresh Babu, and his team touching as always.

“Dada aapni du tin shopta aashen ni…shorir bhalo achhe toh” (Sir, you’ve not come over for 2 or 3 weeks, we were wondering if you were unwell). 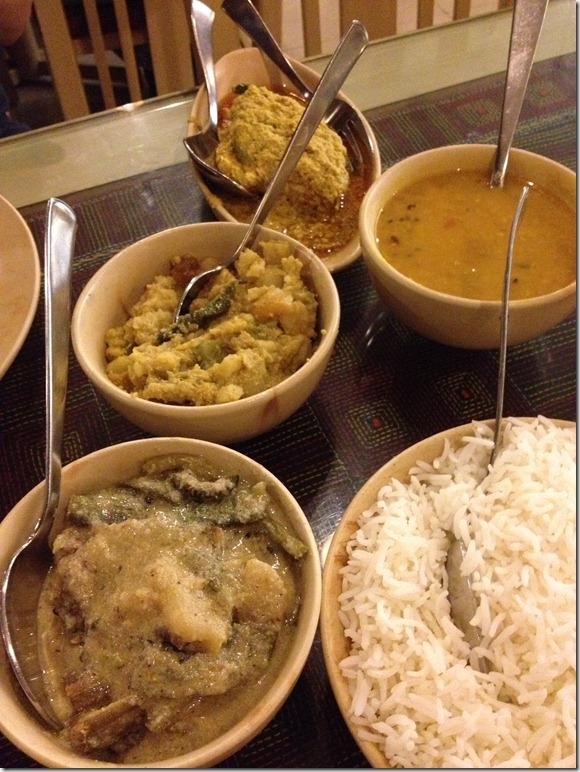 After Rashmi Uday Singh went with me to Bhojohori Manna she was convinced to add them to her Times Food Guide, dub them the Best Bengali Restaurant in suburban Mumbai adding to the list of other awards that they have won. The consistently good meals one has had there is a testimony of the awards, and the reason why Bhojohori is the only restaurant that makes us drive down all the way for a meal.

Yesterday was special as we got to meet Siddhartha Bose, one of the 5 founders of Bhojohori Manna and one of the two active directors. We had the opportunity to chat with him and this marvellous raconteur had us enthralled well past midnight.

K and I listened wide eyed to the stories of how he moved from the corporate world to the restaurant business. His successes, his failures, his comebacks. His disarming honesty…he wasn’t happy with the barbeques that night and asked his team to work on them, he said his is more an eatery and not a ‘restaurant’ and humbly questioned whether he deserved the awards as a ‘restaurant’. Well he definitely does in my not so humble opinion!

We got to know about his people management philosophy which he said he imbibed from the Tatas whom he worked for. His quirky life lessons picked up from Russi Modi (don’t do business with folks who have bad table manners). The stories of setting up a central kitchen in Goregaon way away from their base of Kolkata, of providing housing for his staff in a city like Mumbai…this is true people management in a way corporate  ‘HR’ can rarely be…the effects visible in the happy faces of his staff whenever we go to Bhojo and in the story of Suresh Babu who has moved with Siddharthada wherever he has gone.

We also got to meet Siddharthada’s lovely wife and his son who has moved into Mumbai to study.

Yes, it was a full family affair last evening with folks we had not even heard of till then.

Turns out Siddharthada is in town till Saturday so I thought I’ll do a Bengali Finely Chopped Food Walk on Saturday afternoon to take advantage of his presence. The adda (chat) can only be greater with Siddharthada helming the table. 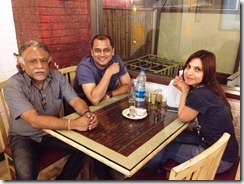 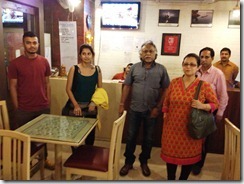 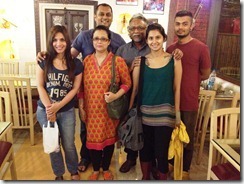 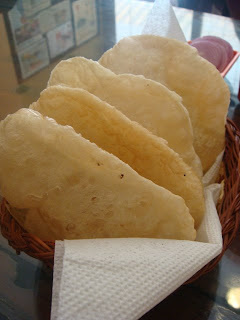 One of the first of the new wave of Bengali restaurants in Mumbai, once again at Oshiwara, is Calcutta Club.

We had been to their first tiny outlet in ‘08 and have then been regulars at their newer outlet near the Oshiwara Police Station. Calcutta Club is the quintessential mom & pop place run by Tapan Roy Chowdhury and his Gujarati, and Bengali at heart wife, Monisha. Known to regulars as dada boudi (elder brother and sister in law).  They had met while working at Reliance years back and got married.

Tapan and Monisha are again an example of corporate folks setting up a restaurant. Tapan da says that he always loved to feed people and this love egged him on to set up a Bengali restaurant with no formal help or training. Like all Bengali restaurant owners…Anjan Chatterjee of Oh Calcutta, Soumitroda of Hangla, Sidhharthada of Bhojohori and Surjapriya of Bong Bong, Tapanda’s love and passion for Bengali food is so pure. In the case of Calcutta Club this passion for Bengali food shows in the food and this once made me say that the food here is the sort my grandmother would approve of. K once ate here and said ‘the food is so good that I can sing’

Tapanda has a ‘filmi’ connection as his Mashi (maternal aunt) was actress Geeta Dutt and uncle in law, actor director, the legendary Guru Dutt. He has put up some of his priceless black and white family photos at the new Calcutta Club in Malad.

At Calcutta Club we will start our brunch with some Bengali indulgent Sunday breakfast stuff…veg chops, fish fires, luchi & chholar daal. Incidentally, as a spoilt kid who had first visited India from the UK, luchi chholar daal made by Didu (my grandmom) were the only Bengali dishes that I would eat. 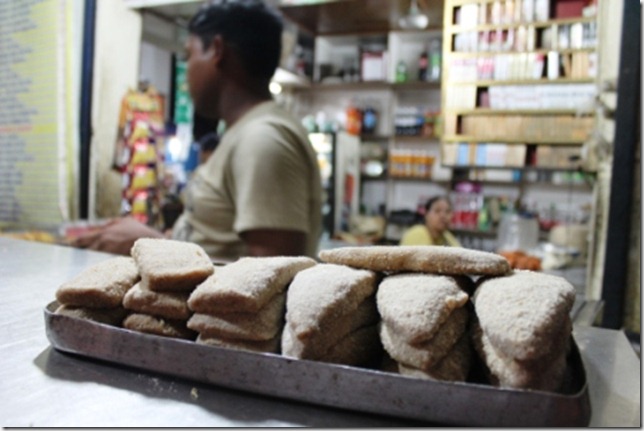 Cutlets ready to be fried in Delhi’s CR Park

We will also taste the biryani unique to Kolkata and trace its history from pulaos of Persia to the courts of the Mughals where the spicy Indian rices gave birth to the biryani…which then moved South to Hyderabad and got fully loaded while a version remained in Oudh (Lucknow) which is more delicate…from Oudh the biryani it moved with exiled Nawab Wajid Ali Shah to Kolkata where hard times meant that that biryani became less spiced and rich and consequently more gossamer like… alus (potatoes) were added in to substitute the high proportion of expensive meat. Calcutta Cub makes a fairly good version of the Calcutta biryani.

(Click here for my posts on the biryanis of Lucknow & Hyderabad)

So here’s the deets of the walk: 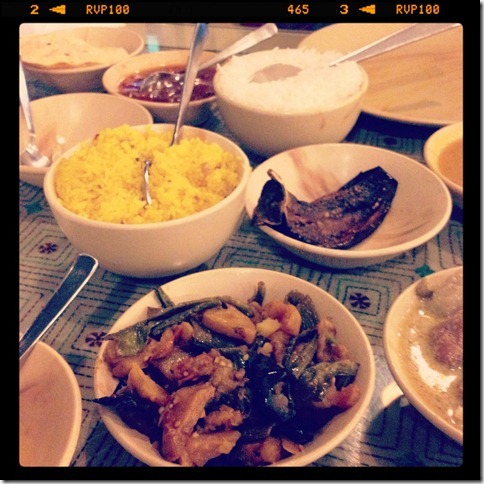 A part of the Bhojohori Maxi Thala

We meet in front of Calcutta Club Oshiwara Link Road (near Woodside Inn). We start off there with a warm up adda, get to know each other and the food of Kolkata over some chops, fries, luchi, cholar daal and have a taste of the  Muslim cooking of Kolkata as we trace the history of its biryani.

We then walk to Bhojohori Manna (9 minutes). At Bhojohori Manna we go through a 7,8 course Bengali meal where one gets to know the philosophy of the meal and what to order in a Bengali restaurant. The two are amongst my top 5 fav restaurants in Mumbai…do factor in the Bengali bias in the statement

# 2 stops & 2 sit down meals: can be made vegetarian friendly

# Costs: Rs 2,000 (two thousand) per person including the food tastings.

#Carry umbrellas, eat a light breakfast as this is going to be a heavy eating experience. Carry Digenes as most Bengalis do

Do book early as we keep a small group in the walk to keep the feel of an adda/ outing among friends.

This walk is different from my earlier Bengali in Bandra Finely Chopped Walk as this one focuses on what’s considered the ‘traditional’ food of Kolkata and both stops are at sit down places. 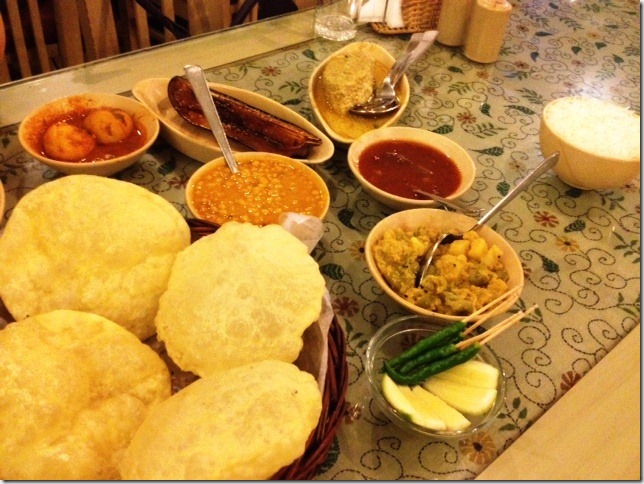 To join, write in at k.finelychopped@gmail.com or tweet me at @finelychopped or write to me at the Finely Chopped Facebook page. Given limited, and fast filling up seats, please don’t change your minds.

Finely Chopped Walks was recently covered in The Week Magazine in Monty Majeed’s feature on food walks in Mumbai. Here’s an excerpt:

Last Saturday I did a bespoke walk with a couple from NYC and London who has moved into Mumbai. They earlier had come to the Dadar Maharashtrian Finely Chopped Walk. This was a walk which we did along with their kids who were visiting them for a week. We covered Yazdani and went into the bakery, had lassi at Moti Halwai, prawns gassi, sol kadi and neer dosa at Apoorva, jalebis at Vidya  Dairy, walked into a beautiful Church, took loads of pics, shopped at The Bombay Store, Starbucks & Philips Coffee but I think what won their hearts were the street food at the Khao Gulley…toast sandwich, pao bhaji, Mysore Masala Dosa, Batata vada, kanda & batata bhajiya, bhel puri and Mysore Masala dosa.

Here are some pics from the walk with Hoskens: 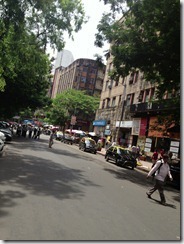 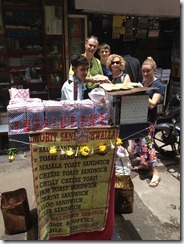 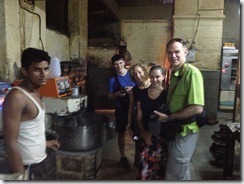 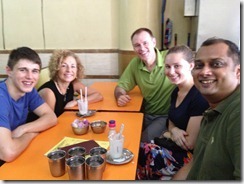 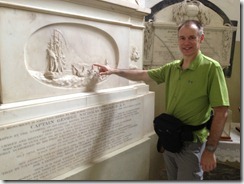 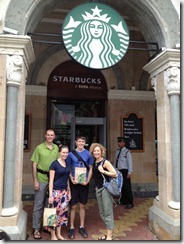 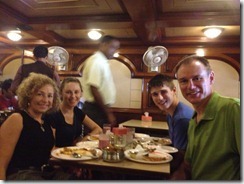 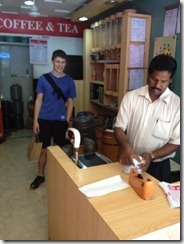 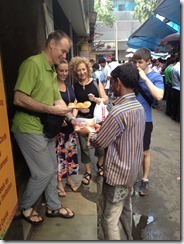 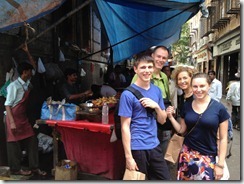 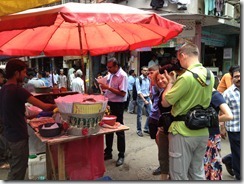 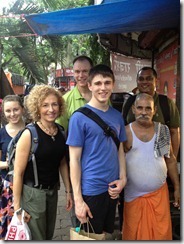 Get your Summer Collections with over 50% discounts now!!! http://www.shopclues.com/index.php?dispatch=products.search&company_id=69063&search_performed=Y
26 March 2014 at 11:34