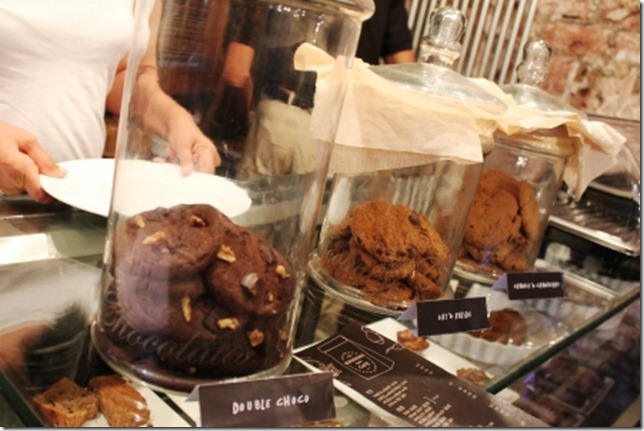 Update: We went back a few days later and had the quiche which was out of the world despite being eggless, wholewheat and low on cheese and tried the the date and banana cake which was quite nice as were the ginger and lime drinks. They shut later now

To be honest I used to be a bit wary of organic foods.

I felt that anything labelled ‘healthy’ would be just a convenient way to charge more money for something which is not tasty. My opinion changed a bit when Sue gave some exquisite organic mangoes that she had ordered last year and then when I sample some of Megha’s i2Cook Products such as her organic honey, pink mustard, bread and peanut butter.

Then last November we bumped into Javed and Jenny when we went to The Pantry in Fort. They were sitting at the table next to us and we got talking. That’s when we got to know of their plans to open an organic cafe in Bandra. Since then we got to try some of Jenny’s great organic bakes at the Bagel Shop. Six months later Birdsong, their new organic cafe at Bandra is ready. I passed it by at Waroda Road, now known as the ‘Imbiss lane’ among food lovers. Then I read about its opening in the Brown Paper Bag and decided to drop in. We reached by 7 pm as we had read that they plan to shut by 8 in the opening weeks.

It was a damp, grey Sunday evening and we luckily found place to park a bit ahead of the Cafe. The first thing which stuck about Birdsong Cafe was the beautiful wood blinds effect from outside which reminded me of our hotel room in Amari Orchid, Pattaya. Once we stepped in the sense of space, with the high ceilings wowed me. I had expected a much smaller cafe but this, by Mumbai standards, was pretty large and you felt relaxed and calm even as you walked in to Birdsong cafe. With its grey walls, wooden tables, huge windows looking onto the cottage outside that housed a ninety year old granny who apparently said she would drop in if they had biscuits, you are transported away to an idyllic world far away from Mumbai. The decor reminded me a bit of the Monmouth Cafe outside London’s Borough Market. 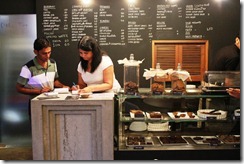 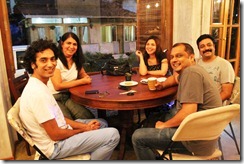 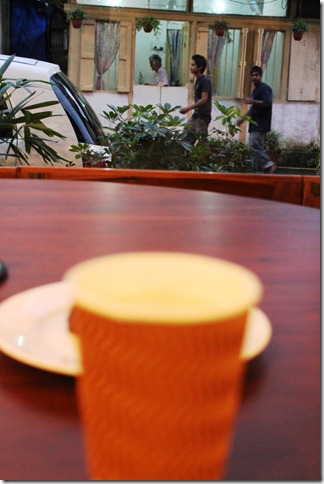 We walked in and there were Jenny and Javed with big grins on their faces. Jenny introduced us to Ashish, her business partner at Birdsong. They had apparently met at the Farmer’s Market. We sat down at the table after I spent a few child-like moments at the counter by the cookie jars. Jenny and Ashish joined us and a bit later Javed too. Their conviction about organic produce is really something and I was all primed up by the time the food arrived. It’s still largely vegetarian here as they are yet to find good sources for organic chicken and fish and meat from what I understand.

I started with a banana nut smoothie which is sweetened with dates. The flavours of banana are pretty solid and leave you with a nice warm fuzzy glow. 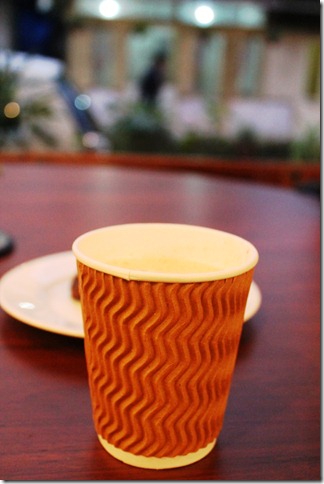 K ordered a chocolate brownie and was blown away by the intensity of the dark chocolate hit. The texture slightly different, more grainy as Jenny put it, slightly powdery if you ask me, compared to the stickiness one associates with brownies. That’s because they are gluten free Jenny explained. K swooned through the chocolate haze of each bite. This is the stuff for dark chocolate lovers and Jenny tell me that she uses Caribu’s organic chocolate.

The double chocolate cookie won my heart. Soft, just as I like them. “They become soft” said Jennny with a smile, K compared the texture, favourably might I add, with the cookies I had once baked for her. The generous chocolate chips which melted in my mouth made me grin in a way I never thought I would in an organic cafe. I was converted. 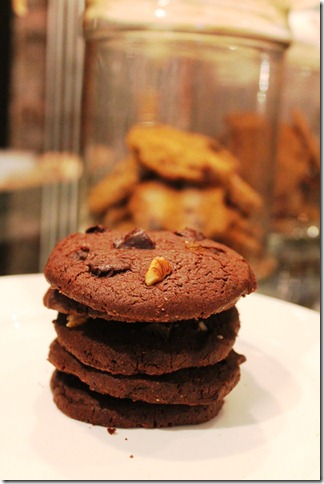 Ashish got me to taste the orange cookies, his favourite. This was pretty chewy, like an energy bar, the orange flavours subtle and thankfully not too sharp as they sometimes tend to be.

Jenny told us that the bread recipes are Javed’s. Apparently this ad man has spent years buying baking books and experimenting with bread recipes. “He has finally got it right” said his wife with a smile. Intrigued I called for a platter of bread with olive oil and they served with a pretty intense hummus on the side. 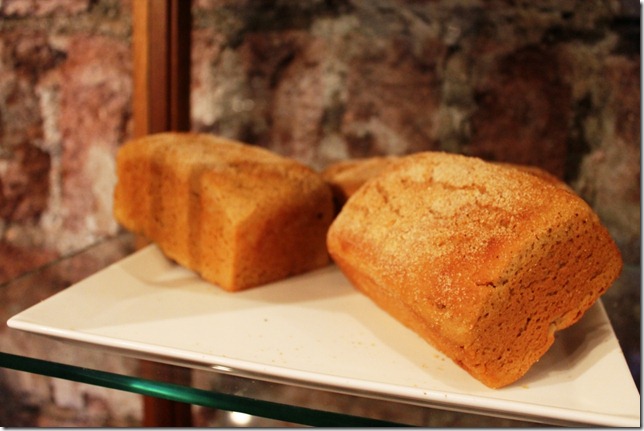 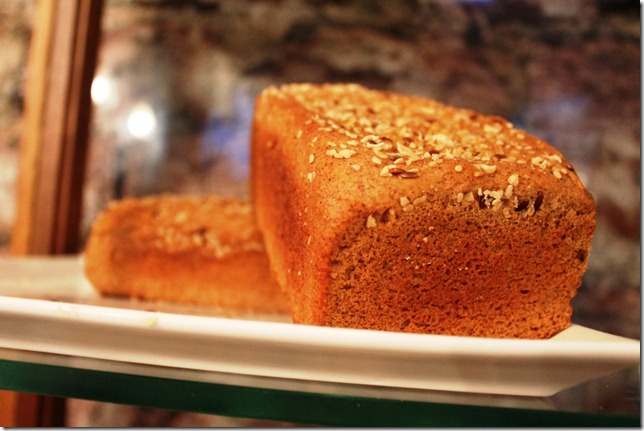 K loved the focaccia, as did I, but what impressed me even more was the basic wheat bread. Wholesome, simple, uncomplicated, solid, tasty with a mild inherent sweetness. With each bite of the bread, like Little Jack Horner, you would look up and say “what a good boy am I”. 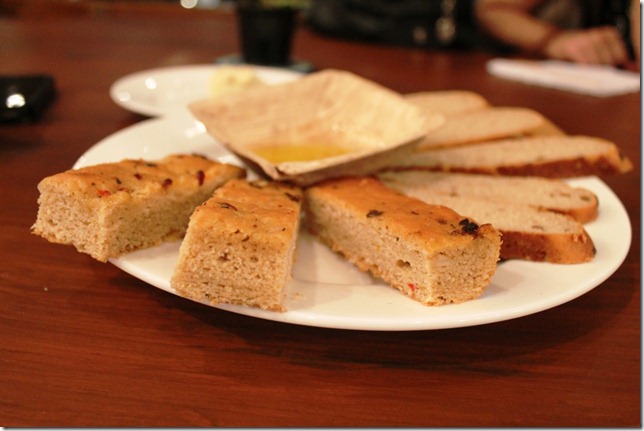 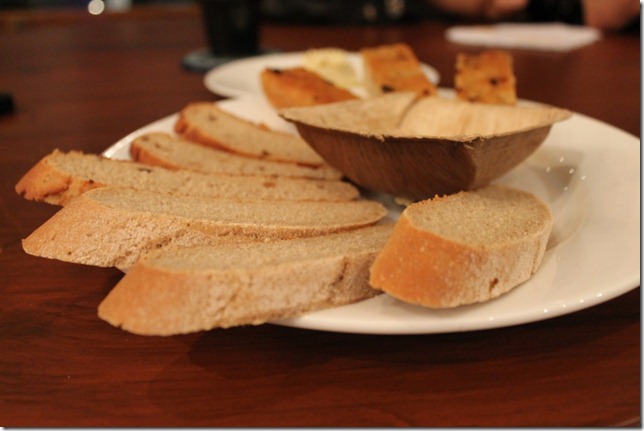 Jenny was a bit hungry by then and ordered a pasta for herself. Organic, cooked in a tomato base, it looked so pretty and pure that I dug in and had a few bited. Really refreshing, flavours well balanced and with that it was closing time. 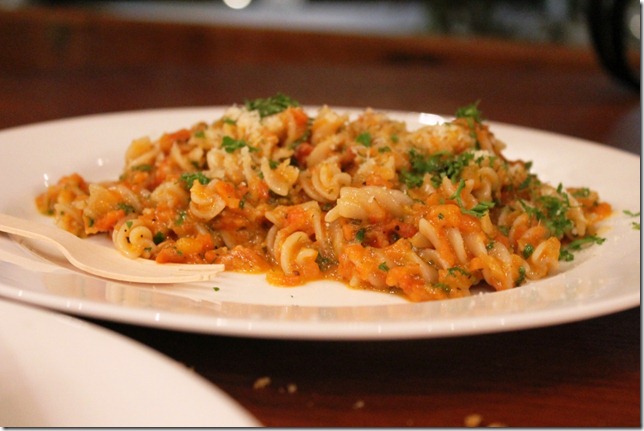 As got up to leave Jenny and Ashish told us that in the 1960s Waroda lane was apparently called ‘Charming Street’ as it was one of the prime areas of Bandra. 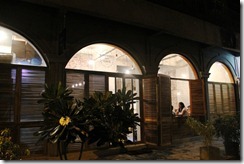 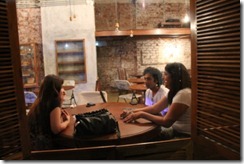 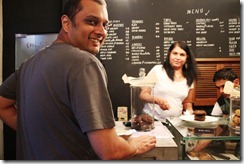 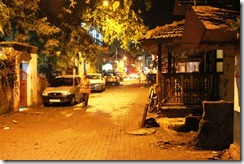 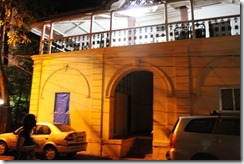 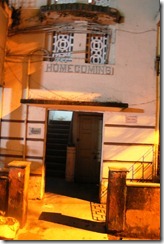 PS When we called for the bill and the wait staff got it to us, Jenny and Ashish took the bill away much to our embarrassment and said ‘not this time’

They will push their opening hours to 10 pm in a few weeks. The currently have a French Press coffee but no coffee machines yet and serve sandwiches too 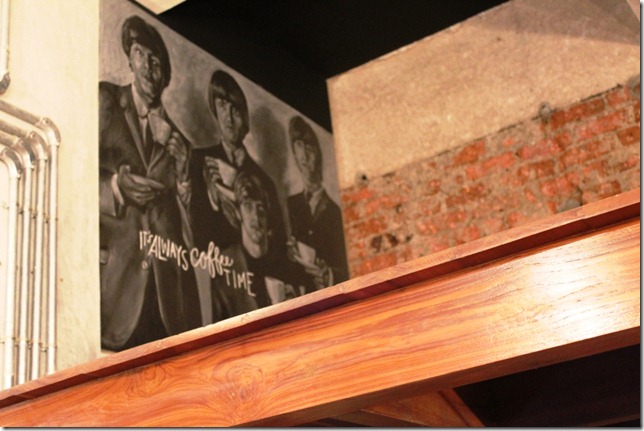 ~j~ said…
Stunning ambience. This looks like a spot I could go to kick off my shoes and find some quality 'me' time. So wish I were living or working around Bandra.
10 July 2013 at 17:38

Kalyan Karmakar said…
@J yes, this indeed is a kick off one's shoes and curl up with a book sort of place

@Shanit hope it works for you. Would be great to compare notes