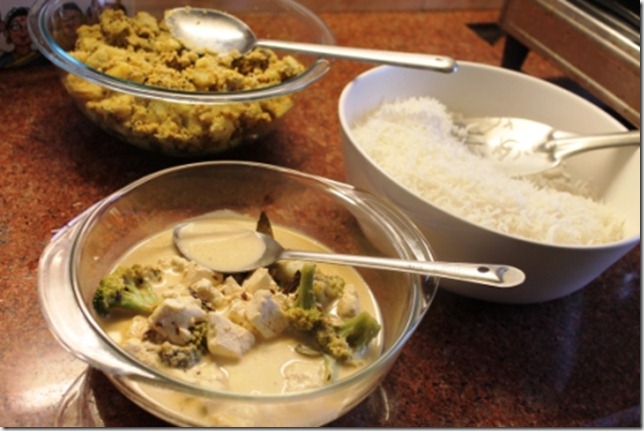 Last weekend we had some friends over for lunch and I had plans of cooking a Bengali meal for them.

The group mix was interesting. There were three of us with gastric reflux issues. One with a recovering antsy stomach. One had grown up in a foreign land on a non spicy diet and is vegetarian to boot. There were three kids in the group. In other words the fare had to be completely independent of chillies. Quite the challenge while cooking ‘Indian’…with Bengali…not so much

A number of Bengali dishes derive their heat from green chillies and kosha mangsho of course needs a lot of chilli powder. However, using multiple flavours to bring in a nice taste balance is what Bengali cooking is all about. In fact I cringed when I saw the late Floyd on TLC a short while back cook Bengali dishes which looked as colourful as North Indian restaurant dishes.

I stuck to the chilli free brief all through and I thought I’ll share the recipes with you. 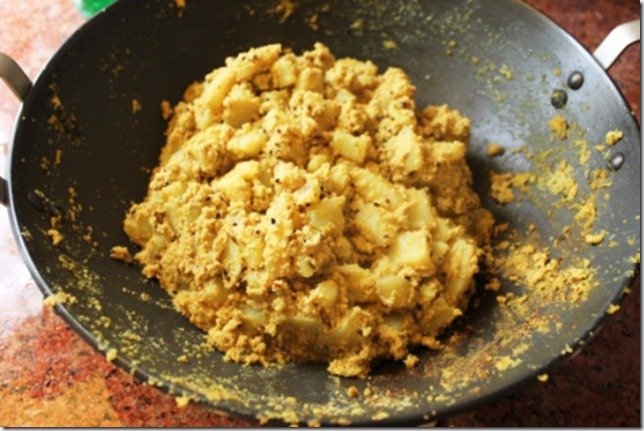 This was an obvious choice. Vegetarian. Light. Had to skip the green and red chillies which are added usually. But I added panch phoron and jeera powder to add in more flavours and turmeric for a bit of colour.

Ingredients: 8 medium potatoes peeled, cut into small cubes and parboiled in micro for 8 minutes, 100 g of posto (poppy seeds) ground and then water added to make a paste, 1 teaspoon each of turmeric, cumin and salt and panch phoron, 2 tablespoons of mustard oil, 1 coffee mug of water 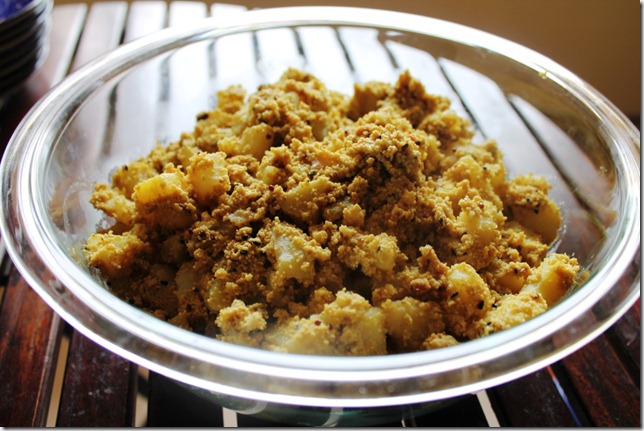 Broccoli and paneer malai curry (for 3-4) 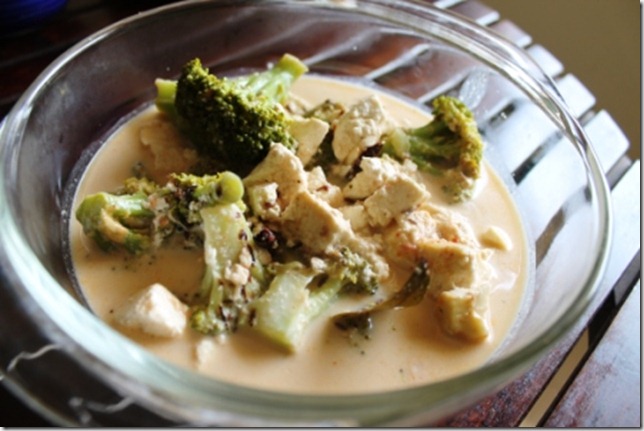 The Malaysian originated Bengali prawn malai curry is a fairly light dish which is universally liked. I decided to make a paneer and broccoli version for the vegetarian in the group. I’ve rarely cooked with broccoli before and was pleased to see how the curry took in the flavours of the broccoli. I bought the paneer from the elderly lady at Pali Market. It was nice and fresh. The dish worked pretty well and even the non vegetarians made a go for it 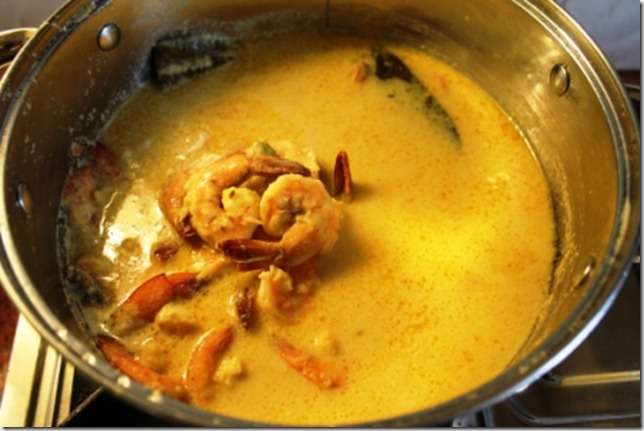 This is a light curry and I cut out the chillies and chilli powder from it. Two of the reflux gang gorged on it and later said that the curry was right, prawns cooked right and that it didn’t give them any acidity! 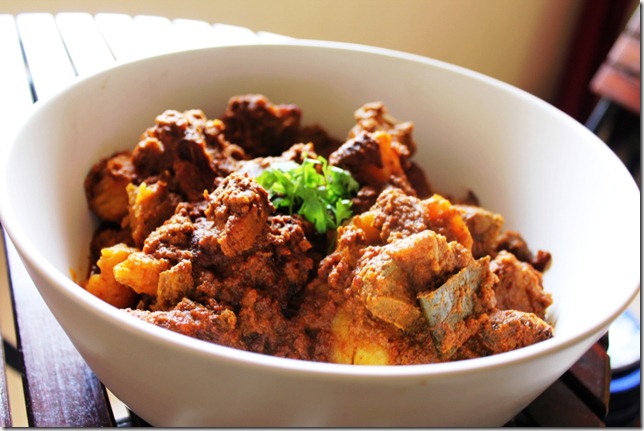 This was a tricky one. Kosha mangsho owes its richness from the chillies and chilli powder in it and loads of garam masala. Instead I banked on caramelised onions for richness and colour and loads of cumin (jeera) powder. I added some garam masala powder. Kosha mangsho means slow cooked mutton but I use the pressure cooker which helps me get a tender mutton dish in lot less time.

The biggest affirmation for this dish was when I saw 2 little picky eaters mop up their plates and take the rest home and I was told that they finished that too.

No incidences of reflux were reported after the lunch. 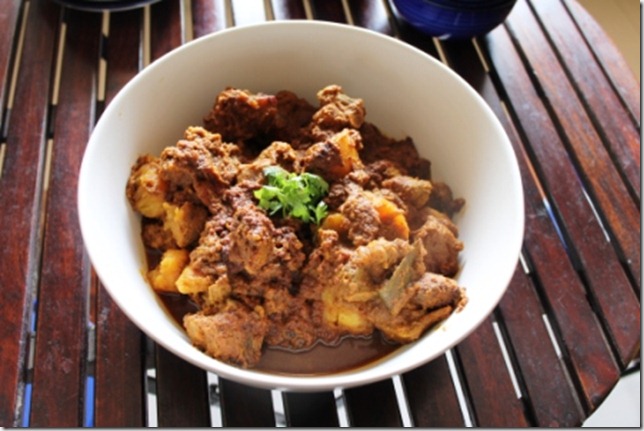 Most of the portion sizes take into account that 2 03 dishes would go into the meal and not just 1 dish. All the dishes have no chillies and when garam masala has been added, its less than normal 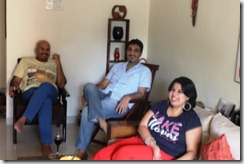 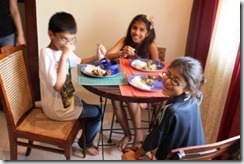 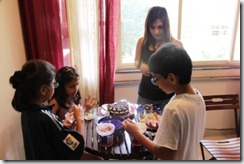 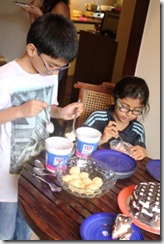 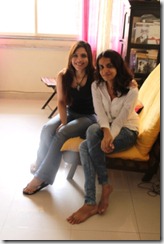 Unknown said…
Hi Kalyan,
Nice of you to accommodate your guest's preferences and post the recipes for other readers.

BTW, this is a recent trend I have been noticing - Indians (in India or 'Probasi' abroad) having issues with minimal chilli levels, and 'goras' going for the hot stuff with gusto. Do you think this is a globalization trend or something people earlier refrained from expressing socially?

When our daughter was born a few years back, we made a conscious decision to initiate her to our food, and not cook separately. Now she specifically requests fresh Thai chillies with her dishes!

Pinku said…
The no chillies bit seems a lil sad for such lovely dishes.

Kalyan Karmakar said…
do add in some more chilli powder and garam masala if you don't have an issue
16 August 2013 at 23:09

Kalyan Karmakar said…
Hi Arnab, well both sets of guests were very thoughtful hosts when we vsited them earlier so it was just returning a favour :)

Yes, i have come across foreigners who are keen on spices.

kebhari said…
I am a first time visitor to your Page, loved the idea of dedicating an entire blog space to Desserts.
19 August 2013 at 13:36