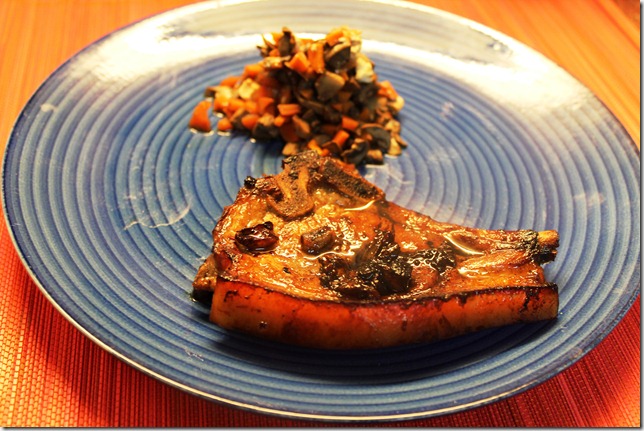 The story of last night’s dinner began on a slightly embarrassing note but ended on a fairly glorious one if I may say so.

The other day we were at the Yacht Club and I was telling Jamshed Uncle about how one day I want to cook a good piece of steak and see whether one can really cook it about 3 minutes or so the way they do in the west. Dinner done, we dropped Jamshed Uncle home and just reached home ourselves when an SMS beeped.

“Some sirloin steaks and pork chops are on your way”

Yes, within that short while Jamshed Uncle had got in touch with folks visiting him from Dubai and placed an order for some prime cuts of meat for us. But then he has been spoiling us since ever since I’ve known him and from even before as K tells me.

Yesterday I decided to make the steaks. I took out an unlabelled pack from the fridge. Thawed it. Looked up YouTube in anticipation and saw Gordon Ramsey’s video on how to make steaks. Once the steak thawed it did look like chops but I was sure that the other pack had chops. Given that I have not cooked either much and when I’ve cooked chops, they’ve been cut into smaller pieces, I was not sure to be honest and thought that these were the steaks and i was all primed to cook them.

Finally it was time to cook dinner and I tweeted. “Time to cook these babies. Steak night” and I put up the picture 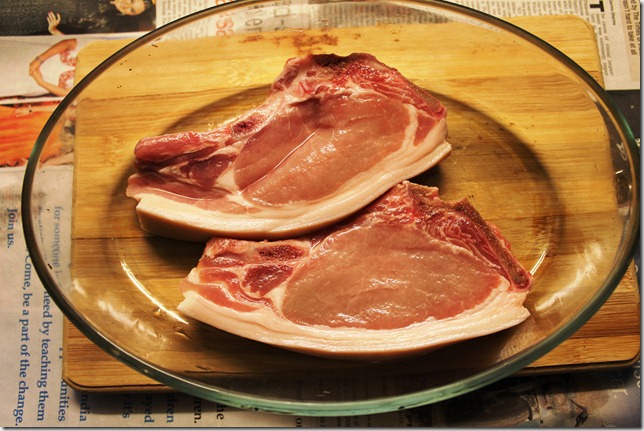 A few folks got all excited on twitter and cheered me on when suddenly this tweet came in:

I quickly did a Google image search and then tweeted back.

Netti Pereira ‏@NettiP 23h @Finelychopped ha! A Goan knows her pork anywhere ;) how you cooking them?

And then I deleted the earlier pic and tweeted to the world at large:

Kalyan Karmakar ‏@Finelychopped 23h Figured out i thawed pork chops instead of the sirloin so change of recipe to a honey balsamic one #seatofthepants pic.twitter.com/ZIL83PJF6n

No, I definitely didn’t plan to claim to be an expert and thank God that the good Goan lady corrected me. I doubt if searing the chop in salt would work the way it would for steaks. In fact pork has to be marinated well as far as I remembered. Except there was no time for that. Plus I had made a side of finely chopped mushrooms and carrots roasted in extra virgin olive oil, balsamic and feta (10 min at 200 C in a pre-heated oven) and had to work within a similar flavour base. 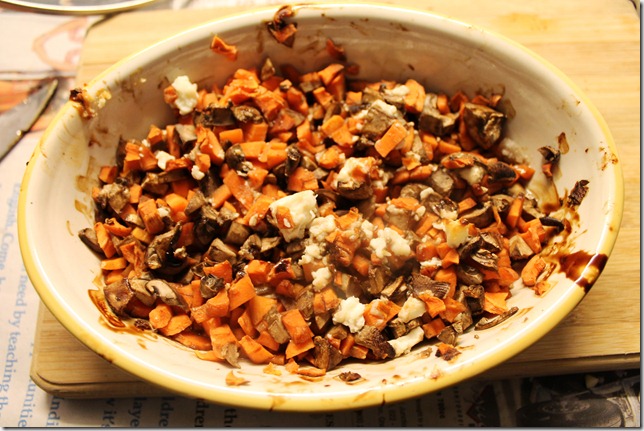 One option was to ditch the chops and order in but come on, we are made of stronger stuff than that!

So this is what I did and read carefully for that’s the recipe too.

I slapped some honey (3 tablespoons), balsamic vinegar (3 tablespoons) and sea salt on both sides of the chops and then added 2 finely chopped garlic on each of the chops. Honey and pork of course go together like hilsa and mustard and I am a big balsamic fan.

Then I heated some (2 tablespoons) of vegetable oil on two flat pans. Once the oil sizzled I laid down one chop per. The idea was to seal in the flavours without crowding the meat.

I kept the chops flat for about 7 minutes on a high flame. Soon a caramelised aroma began to come out and I gently turned the chops over. Then I laid them rest for another 5 minutes on a medium heat. 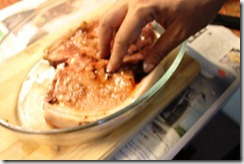 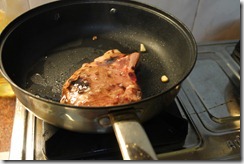 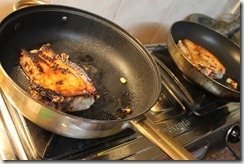 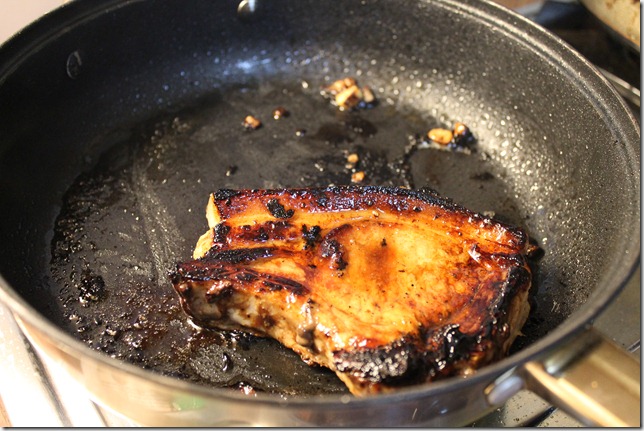 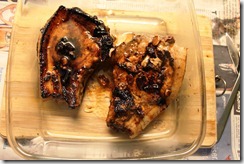 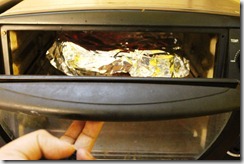 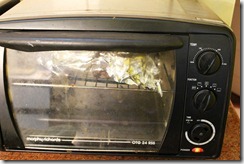 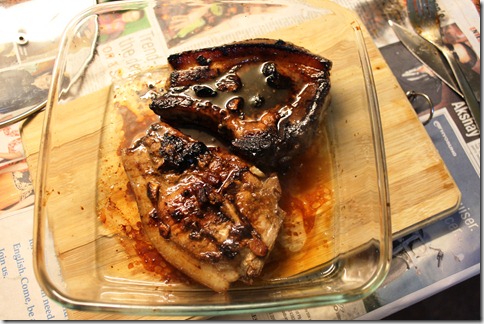 After 20 min I took out the pan, took off the cover turned the chops over, scooped the jus from the pan, put it on top and back in the oven for 10 min at 150 C. 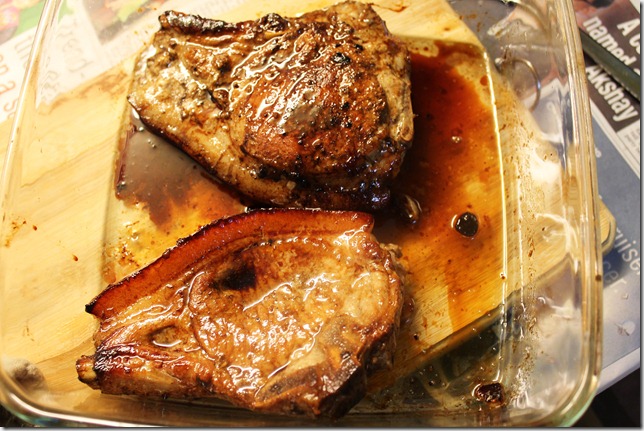 Once done I let the pork rest for about 5 minutes during which I photographed it.

Then it was time to eat. Would the seat of the pants cooking with no recipe, no marination and limited experience in cooking pork work?

It did! As did the fantastic steak knives that Jamshed Uncle gave us which is where this entire steak story started.

My friend & The Pokaholics chief, Rhea, suggested that I do a Finely Chopped Walk for pork lovers. What do you guys feel? Interested?