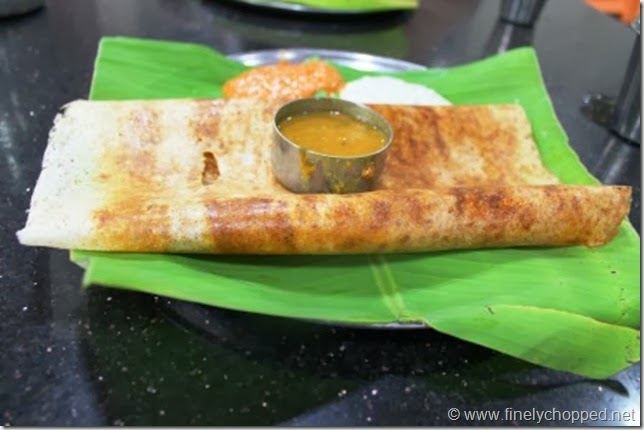 Here’s the link to my latest post on liveinstyle.com on Kolkata’s Bohemian Restaurant, a very different sort of restaurant from Sree Krishna

After being away from home for a week it was but natural that we returned and headed to Candies for breakfast today.

I was at Bangalore this week and met up with loads of people there. I don’t think I had a single meal alone there. Some were colleagues from work. Then there were people one knew through the blog and twitter and then even a Bangalore based food lovers group. Reminded me of my trip to Gurgaon earlier or even Barcelona and London where one kept meeting folks and eating together. All thanks to social media really. Yes, social media connections can extend well beyond the web.

Talking of breakfasts I met Bengaluru based food blogger, Monika Manchanda, for breakfast at a quaint little Tamilian place called Sree Krishna Kaf’e in Bangalore’s Koramangla, block 5 the other day. Coincidentally the last time I met Monika was for breakfast too at her friend’s place in Mumbai. 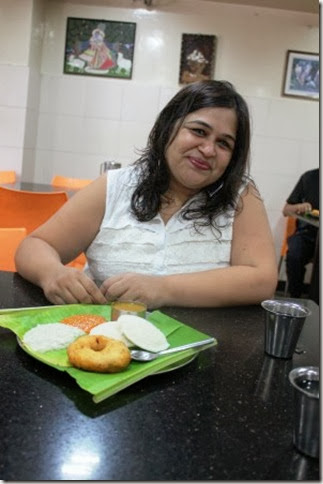 Monika suggested Sree Krishna when I told her that I was bored by the listless (pebble-like idlis, salt free dosas) breakfast in my hotel and was looking out for a good traditional South Indian breakfast. 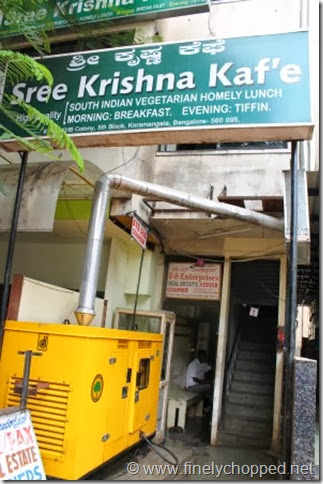 Sree Krishna Kaf’e (sic) is a tiny place surrounded by a plethora of younger and snazzier restaurants in Koramangla, a suburb which is an ocean of restaurants. For Sree Krishna you go up a narrow staircase to the restaurant on the first floor. It’s a basic mess-like place. Non air—conditioned but not smelly or musty. The weather in Bangalore was so pleasant that you didn’t miss the aircon. The tables and chairs are pretty basic. The place reminded of the old restaurants which big railway stations in India such as the Howrah Station used to have.

Monika ordered an idli vada for herself. She told me that she often comes here with her husband and child on the weekends. She suggested that I order a podi dosa, her husband’s favourite. It wasn’t there on the menu though. 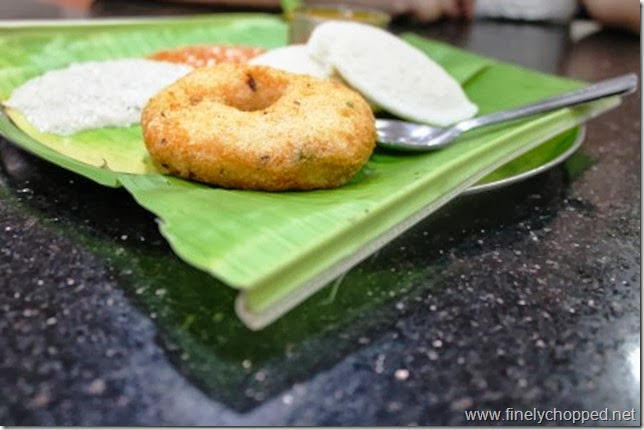 The smiling waiter, who had once lived in Mumbai as we later found out, got us both the idli vadas and the dosa in a jiffy. 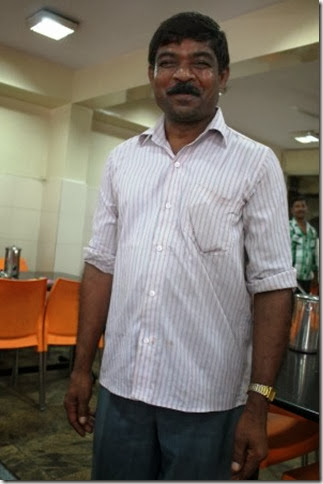 I took a bite of my dosa and broke into a huge smile. I just loved the firm taste and smell of ghee that bathed the thin crisp dosa. Monika, a North Indian who has just completed 12 years in Bangalore, explained that the dosas were crisp as they were Tamilian in origin. The Bangalorean version, that you get in MTR for example, is apparently thicker.

The dosas came stuffed with a powdery spice, the podi, which made it incredibly well flavoured. The dosa made up for my uninspiring breakfasts of the previous days in Casa De Bengaluru.

The podi dosa at Sree Krishna is probably now my most favourite dosa of all times and is one of the nicest things that I ate in a trip of great eats. I was smitten. 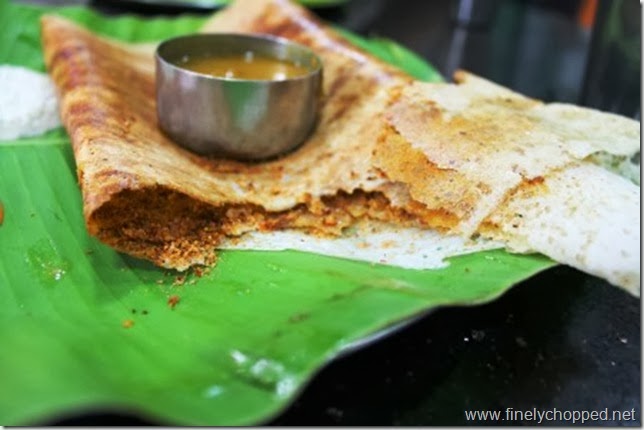 We chatted about our lives as bloggers do when they catch up. Monika writes the very popular food blog, Sin-A-Mon Tales.  A former IT professional, Monika, has quit her job to follow her passion for food. She bakes and retails her bakes. She conducts cooking workshops. She has now started restaurant consulting too and works with Bangalore’s many fledgling restaurants helping them design their menus. Monika is one of the warmest and most positive and enterprising people one has come across and chatting with her is always such a pleasure. 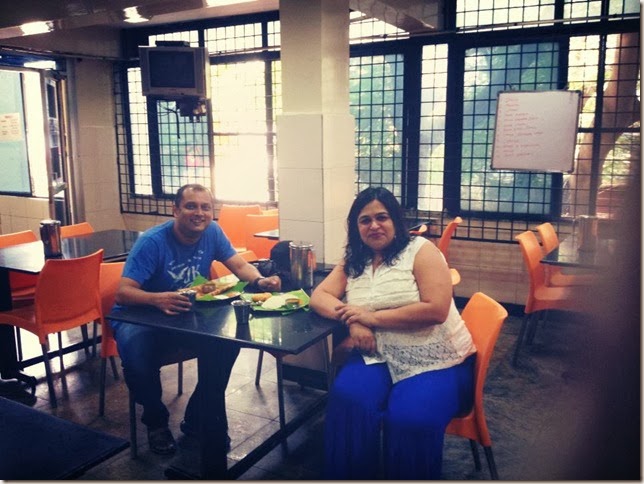 While we chatted and shared experiences Monika offered to order something more and I chose a rava onion dosa to share. The taste of the dosa seemed very distinctive from what we get in Mumbai. I then figured out that the difference came through the whole pepper and curry leaves added to the dosa which gave it a lot of character. Monika told me that this is standard practice for rava (semolina) dosas in Bengaluru. 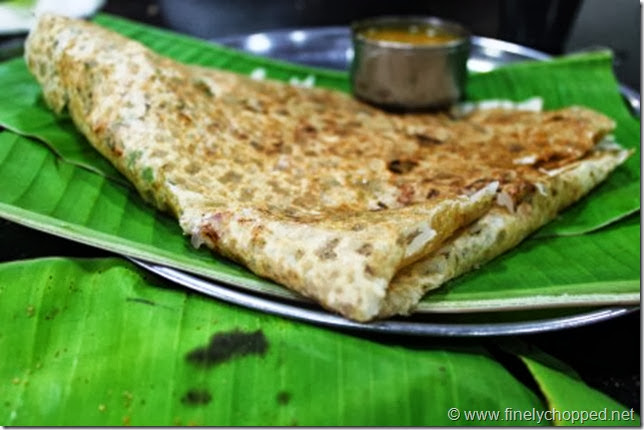 We called for some filter coffee to end the meal. The coffee was just excellent. Strong and yet silken and creamy. Perfect in every sense. Under Monika’s instructions I did the cup to tumbler to cup to tumbler swap to cool down the coffee.

We sat for a while and chatted on. It was past breakfast time and yet no-one hurried us. 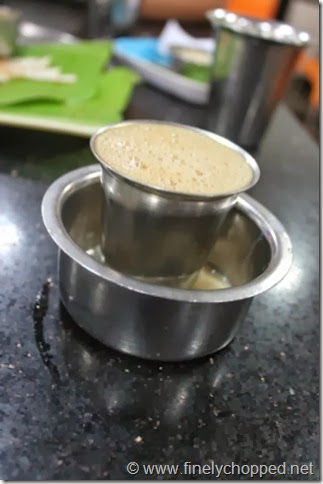 Suddenly I saw a small rat jump in through the window and go to the little temple by the window. Can’t say that the appearance of Mickey cheered me up. I kept looking up nervously after that and winced when Monika cheerfully said “who knows how many rats are in the kitchen”! (If you look carefully you will see the gate crashing rodent on the upper side of the mandir.) 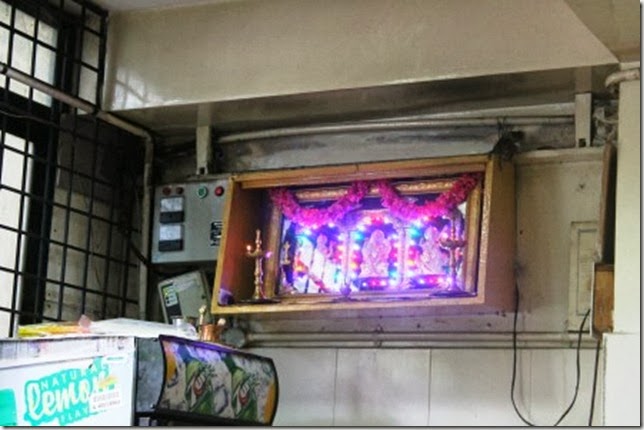 The Sree Krishna story doesn’t end here. The next day was my last day at Bangalore. I headed down to the hotel coffee shop for breakfast before checking out and heading out for a meeting. I suddenly changed my mind and dashed to Sree Krishna Kaf’e. The call of the podi dosa and filter coffee was just too much.

I came back satiated and smiling ready to head home.

In case you are wondering, I added watermarks for the first time after seeing a picture of rolls (the first pic below) from my blog in a roll shop in Koramangla! 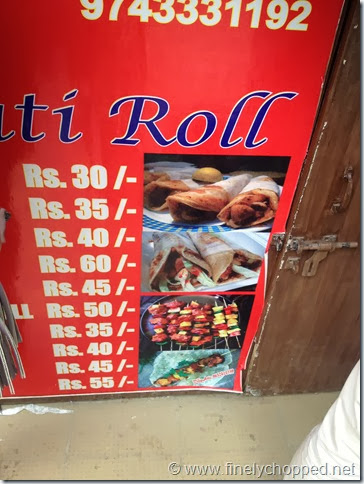 Pinku said…
The Dosa, Coffee and Monica all look like such perfect breakfast accompaniments :)