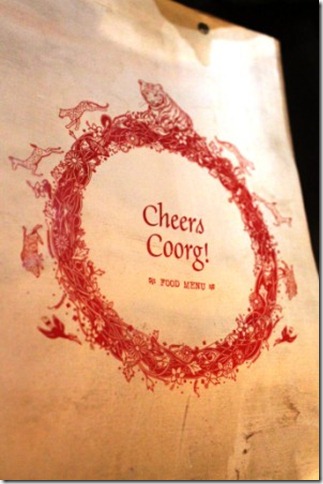 I must admit that this trip of Bangalore has left me a bit confused.

I’ve been here for a couple of days now. Been at Koramangla, Indrananagar, UB City and Church Road which I believe are some of the food hubs here. Everywhere I turn I see a sea of restaurants around me. The variety seems endless. In regional I’ve seen Bengali, Keralite, Rajasthani, Andhra, Gujarati, Punjabi and even Oriya. There seems to be quite a bit of international cuisine on offer and even some hipster sort of vegan places. Almost makes one feel as if Bangalore is the food capital of India in terms of the range and spread of restaurants.

Then I met a few friends from Mumbai who have moved in here and they all feel that the food scene at Mumbai is far more lively than in Bangalore. When I point out the range that I see around me in contrast to what one finds in Mumbai they answer back saying that while there is variety, they feel that depth and substance is missing in Bangalore’s restaurant scene. At least three people whom I’ve spoken to, and who know their food, have said so. Having barely sipped at the edges of the ocean of restaurants here I am not qualified to comment on this though.

Yesterday, I had lunch at a Chennai based place called Mathsya at Church Road Despite the name which sounds similar to fish, this is a vegetarian restaurant. They did try to push their buffet on to me, which among other things had manchow soup & soy chilli balls, but I stuck to my guns and had the Madras thali. What I can definitely say is that the food was singularly listless and only the paratha-like roti left some impression. 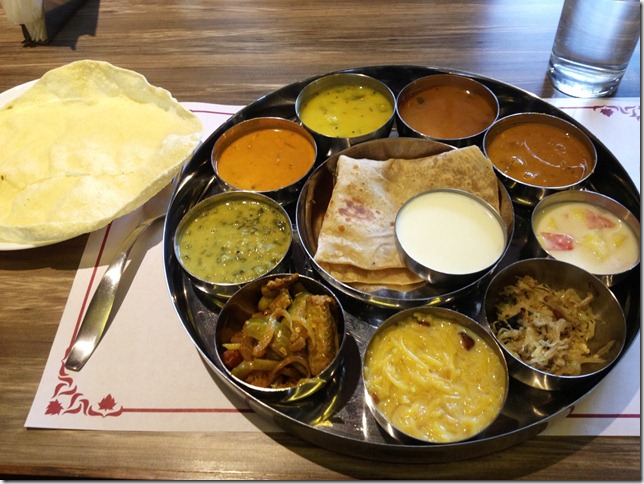 The thali would have backed the argument of mediocrity in food here made had it not been for the dinner at a place chosen by one of the same folks who spoke about Mumbai being better. This was at a place called Cheers Coorg! at 80 feet Road in Indrangar.

The Coorgs are natives of the hilly areas of Karnataka and you can read about them here. I remember studying about the community in Sociology in college and the one thing that stuck in one’s mind from then is that pork is a favourite meat of the Coorgis.

The ambience of Cheers Coorg was indeed cheerful and once we got them to quieten down the music my friends Sudha and Sushobhan, who recommended the place, and I could chat too. The chairs were a tad uncomfortable though. The restaurant had a mix of pictures and prints on the walls which told you the story of Coorgis and Sudha pointed out Kauvery, their main deity, to me. 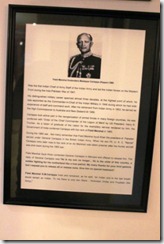 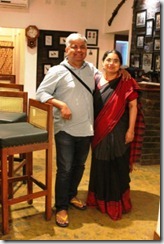 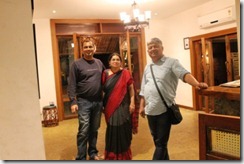 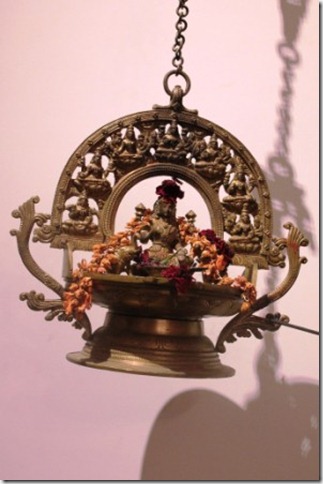 Sushobhan and I started by splitting a slice of fish fried in Coorgi spices which were distinctive and yet let the taste of the fish come through. 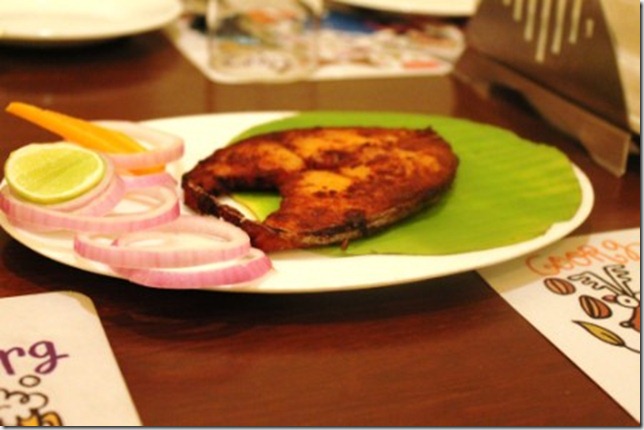 Unlike in the afternoon’s fare at Mathsya, both the vegetarian dishes that we ordered at Cheers Coorg! were stellar. There was the kumbala curry, slices of pumpkin served in a light coriander and desiccated coconut curry that was quite flavourful unlike the afternoon’s tasteless fare.

What won my heart was the mushroom curry called kumme. I was not expecting much and thought it would be the normal button mushroom stuff which is usually disastrous in Indian dishes. Instead what one tasted was a very sharp sauce, which had zest of a Bengali vegetarian curry, and some lovely meaty texture mushrooms which Sudha said were a tribute to the forest mushrooms that the Coorgis use. 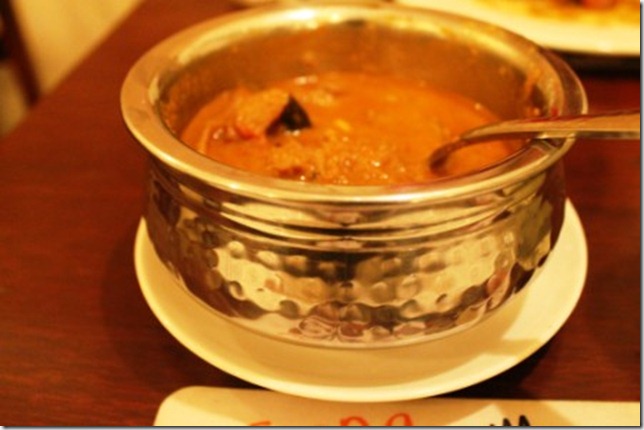 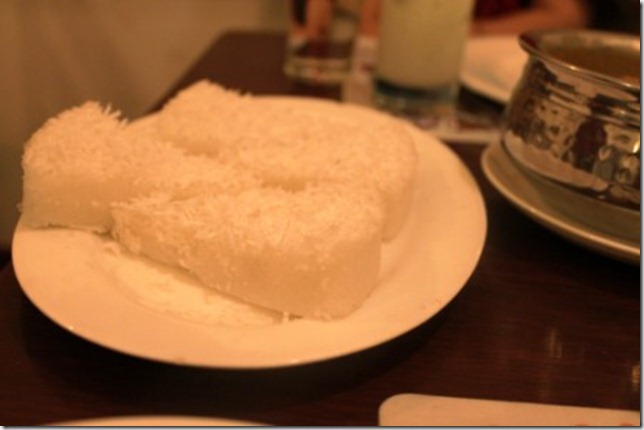 We had to order the most famous dish of the Coorgis of course. The pork pandi curry. This had delectable chubby, fatty cubes of pork cooked into gastronomic submission in what seemed like a complex onion based gravy with bird’s eye chilli oil. Truly a wonderful dish which lives up to all the billings that it gets. Though I must say that the fact that the mushrooms left an equally strong impact is a tribute to the mushroom curry here.

We had the pandi curry with the traditional accompaniment of the rice based akki otti which were similar to fulkas but with a distinctly sharp texture. 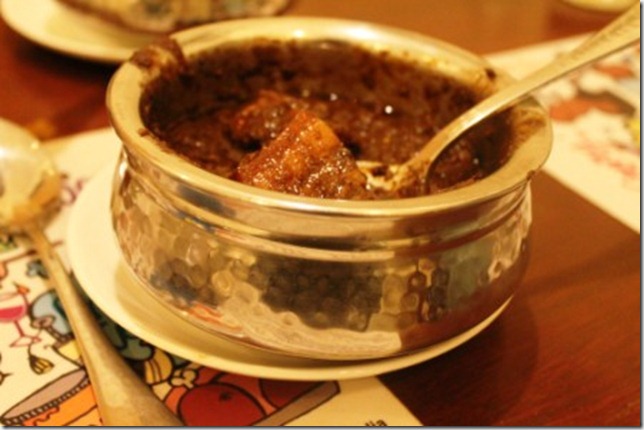 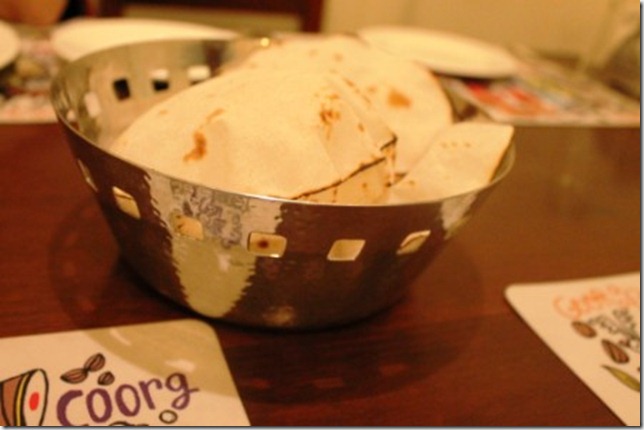 The meal was ended with what the waiter said with a straight face was a Coorgi caramel custard. A dessert, which as caramel custards go, was well balanced. 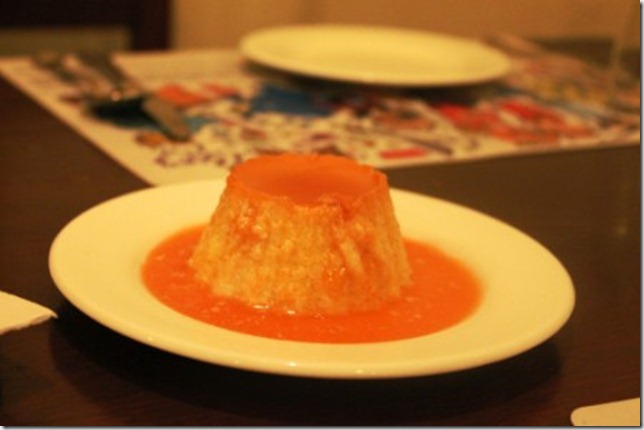 Cheers Coorg is one of the nicest restaurants I’ve been to in a while and a few of these and Bangalore definitely can claim its moment of glory in the food scene in India.

Not sure if I can make it to it in this trip but Sushobhan, who picked Cheers Coorg, for our dinner speaks even more highly of a Konkani place called Kanua so you might want to check it out. 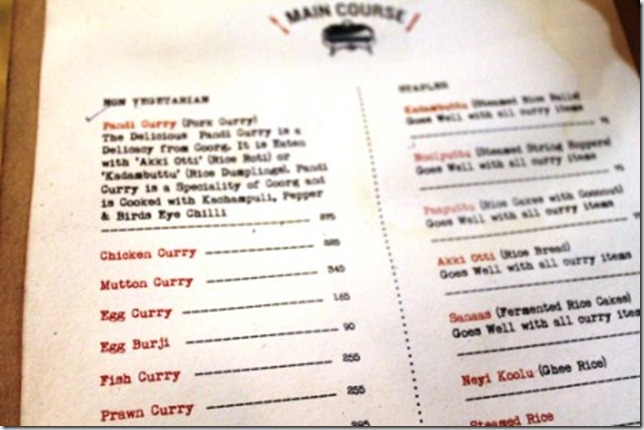 famishedfirdaus said…
I think the next time you do come down, you must pay a visit to some of the more famous and largely untouched places for serious slamming. I must warn you though, they can get a little hardcore, but you will not be disappointed. Dil Kush for deep-fried chicken kebabs, Richie's - Chichaba's - Taj for the authentic muslim biryani of bangalore (Khan's or Ghani's make better ones, but they only cater), Cole's Park Kebab for melt in the mouth beef Phal, Bhuna served with idiappams. And of course, no visit would be complete without a Miltry Mess visit, Gundu's Pulao and even Rao Miltry (one of the oldest surviving restaurants in Bangalore).
19 September 2013 at 11:14

Sassy Fork said…
Coorg is so beautiful.....cool climate and coffee and pepper plantations!! A home stay would be ideal to experience all that.Have Coorgi friends and love their food
19 September 2013 at 14:47

I have a colleague from Assam who is getting married to a Coorgi. Keep hearing about the place and the people from her. You have added a much more interesting dimension now :)

Divvy said…
Next time you're here, definitely try to make it to Kanua and Ente Keralam - the softest, fluffiest appams I've tasted :)
19 September 2013 at 23:16

Kalyan Karmakar said…
Coincidentally went to an Axomi place in the trip Priyanka. Will write about that soon
21 September 2013 at 18:34

Kalyan Karmakar said…
Thank you for the rich list of suggestions Kapil. They all sound so unique. Must do a trip to bangalore just for them
21 September 2013 at 18:35

Kalyan Karmakar said…
actually Sushobhan and Sudha were praising the homestays too
21 September 2013 at 18:36

Anonymous said…
Coorgi's use a special Tamarind that is only found in Coorg /parts of Tamil Nadu and Kerala. I have not read it anywhere except in the upper crest magazine. In fact I have found this Tamarind in some stores in Matuanga . It is also less acidic , but more medicinal too.