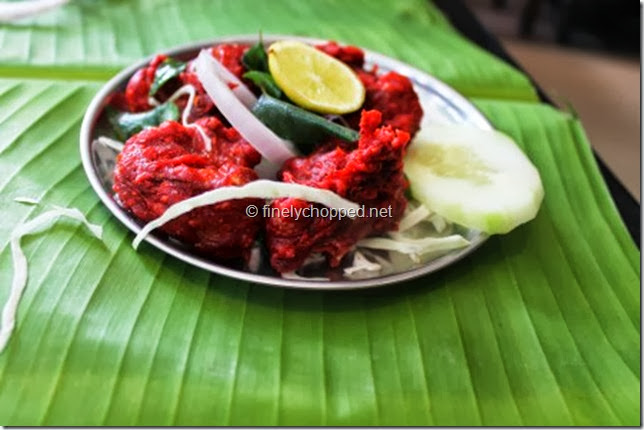 Sometime back at work I had observed that there seem to be quite a few brand consultants in Bangalore. Seems like the same goes for restaurant consultants too.

There is Madhu Menon who I understand consults on the overall business of setting up and running restaurants. Then I met Monika Manchanda who consults restaurants on menus.

Raunak Kundu whom I met last year in Mumbai is also a Bangalore based restaurant consultant. He consults restaurants on the operational side of the business. He is also part of the team that does reviews for the Times City guide. Coincidentally Raunak too now works in the market research business. A fellow Bong who has been in Bangalore for more than a decade and a half, we first met for rolls at Hanglas at Bandra and have become friends since.

Raunak and I made plans to catch up when I was in Bangalore last week. He came up with a list of his favourite restaurants that he wanted to take me too. I had other plans though.

I was keen on going to Anjappar at Koramangla, the branch of the Chennai based chain. The original Anjappar in Chennai, set up in the mid 60s, serves Chettinad food. My interest in Anjappar stemmed from the fact that they serve rabbits. I always like to try out new meats and I had never had rabbit before. Which is why I stuck to my ground when Raunak suggested other places and insisted on Anjappar.

Raunak graciously agreed to my request and we met at Anjappar at Koramangla. Anjappar is on the first floor and by Mumbai standards is a large place packed with tables. We were lucky to get a table though the restaurant looked pretty full. We got a table by the large window which is always great when you want to take pictures on a sunny day. Not only is Anjappar more spacious than Mumbai restaurants but is cheaper too. The vegetable thali, which is unlimited, is less than 100 Rs and that too in an air-conditioned place.

The vegetarian thali was served on a banana leaf and in good Bengali style Raunak wiped his banana leaf clean first with some water. 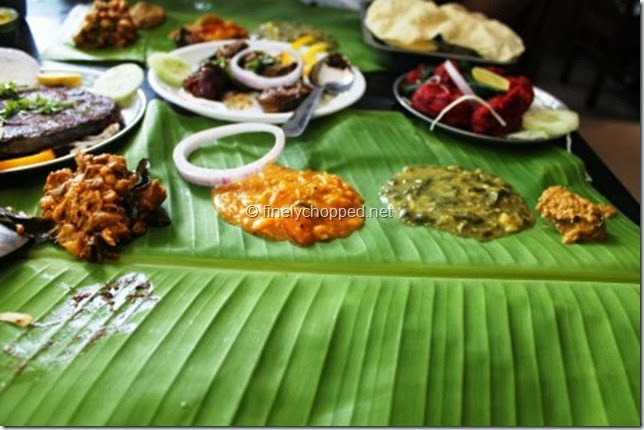 The thali had a mix of flavoursome daals, vegetable dishes including a lovely yam and Bengal gram one. It also had butter milk for appetiser and a peppery rassam as a digestive chaser as Raunak explained. Curd and a sevia payasam too. Raunak’s suggestion was to order vegetarian thalis and order mains with them. I must admit that unlike what I tried in Mathsya a few days back the vegetarian thali at Anjappar was quite tasty. Despite being a Chettinad place, the food wasn’t too spicy. It reminded me of the thali I tried in Nagarjuna the last time I was in Bangalore. Raunak said that for an outsider the difference between the veg thalis in Anjappar and an Andhra place would be very subtle. 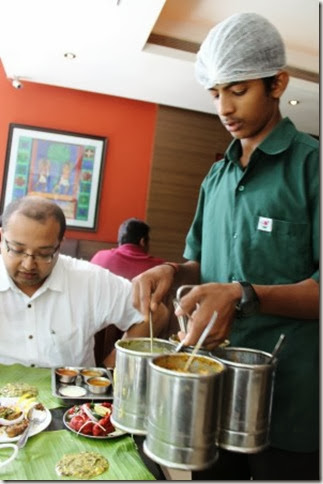 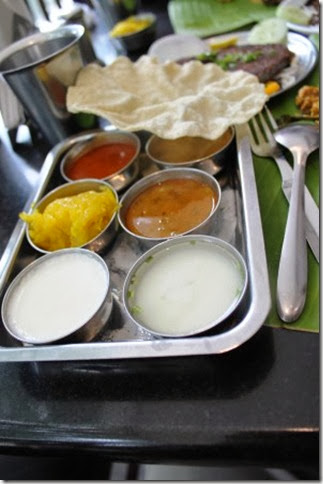 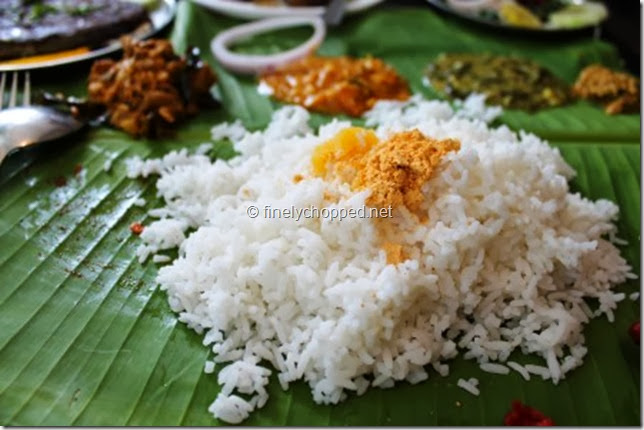 We also had a chicken kozhumbu (dry) where the chicken was a bit tough, the masala very similar in taste to a Goan Xacuti. 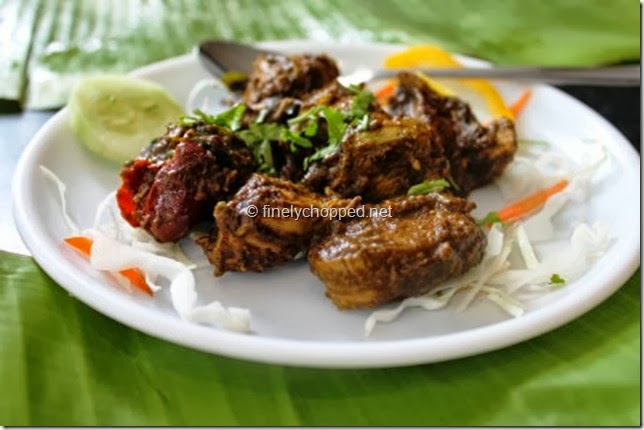 Raunak ordered a slice of fried seer fish, which like the seer fish in Cheers Coorg, was brilliant. The spices a bit strong and yet they let the intrinsic flavours of the fish come to fore. It was fried to perfection and the fish was full of the lovely juiciness of nature. A great pick. 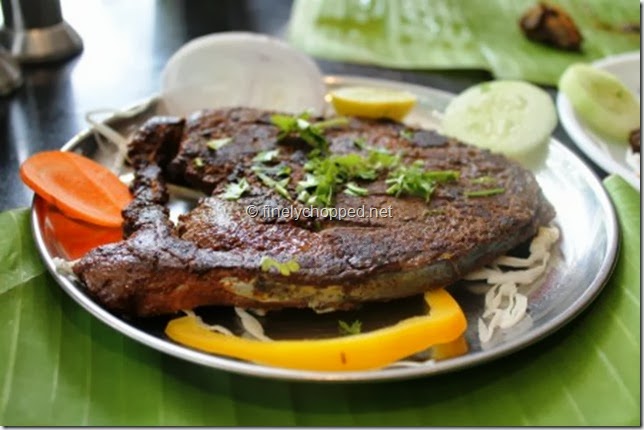 And the rabbit? Well we went for the rabbit 65 which the steward assured me is less spicy than the Chettinad rabbit. The rabbit was served deep fried in a red batter. The pieces were small and on the bone. The meat plentiful and very very juicy and succulent. It tasted like…well as almost all unfamiliar meats that I have tried whether alligator tail or frog and now rabbit…like chicken! Except, unlike with frogs and that gator this tasted much better than chicken. Once you cut through the batter the meat looked a lot like chicken too. One more experience ticked. 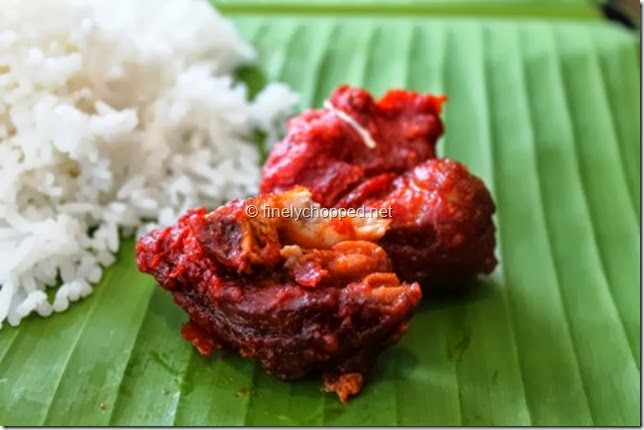 This is not the last of my Bangalore stories. I had the most wonderful time. Work, interspersed with meeting some great people. Wonderful warm hosts, great food, marvellous conversations, scrumptious new eats, lovely weather…Bangalore you’ve indeed been so kind to me. 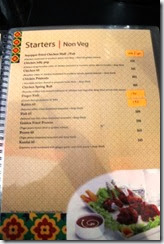 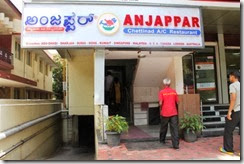 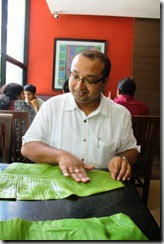 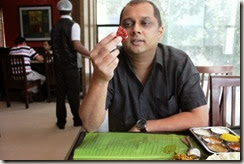 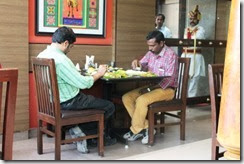 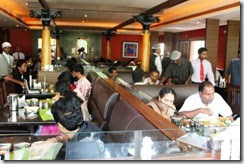 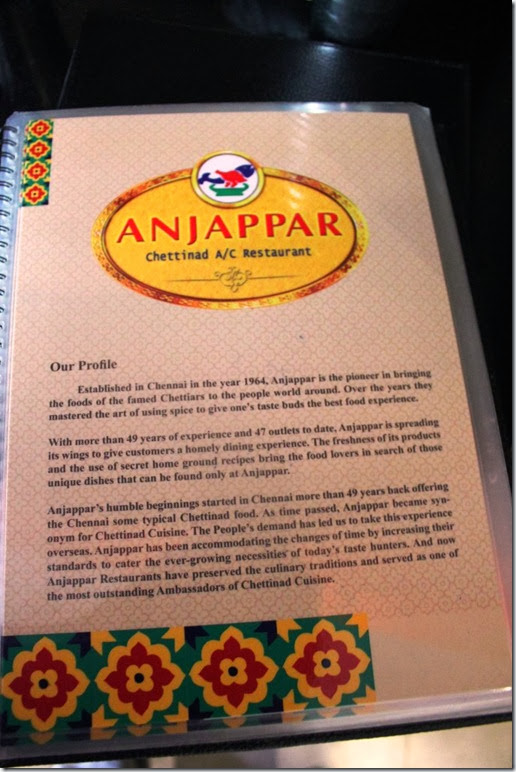 Pinku said…
Rabbit brought back so many memories...

I had mine first as a kid...went into the jungles of Jharkhand on a hunting expedition, guns, lights tied to the top of jeeps et al of course this was way before such things became frowned upon.

The rabbits were hunted, brought back, cleaned and cooked - tasted delicious.

kaniska said…
remember one time i had called you from chennai to get culinary guidance? and you and doc pointed me to punnasamay. had rabbit there. rabbit masala. like you said, tasted like chicken. but unlike other strange meat - snake, deer or the various insects of far east, i actually balked at the idea of eating rabbit. the first forkful was a struggle. bugs bunny kept flashing in front of my eyes.
25 September 2013 at 12:54

Kalyan Karmakar said…
@Priyanka: thanks for sharing your memories. Rabbits are game meat in Europe too I think