The curry that made the anniversary… Spices, J W Marriott, Juhu, Mumbai 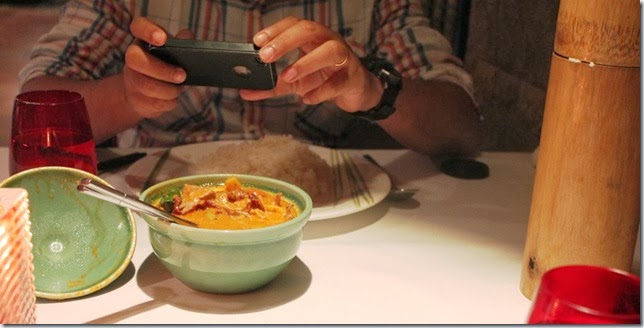 In market research one often studies the purchase process or decision path leading to a purchase. In the case of our dinner at J W Marriott Mumbai’s Spices restaurant, the path was pretty clear.

It all started with the Food Bloggers Association of India’s awards evening at J W Marriott a few evenings back. The food served there was pretty good. The after party saw counters set up by the various restaurants of the J W Marriott Juhu. I tried the lobster rice and the patata bravas at the Spanish counter and then headed to the Asian one. This one had Thai salads, sides, rices and so on and a red curry. I took a bit of the curry which turned out to be a duck curry. The flavours were so delicious, the duck so tender, that I went back and took a second helping. For me this was the standout dish that evening in a sea of good food.

A few days later was our twelfth anniversary. We were wondering where to go for dinner. For breakfast we went to Indigo Deli Bandra and had a really time. My egg benedicts were really indulgent. Now we needed a good place for dinner.

Well the Thai duck curry at the Marriott had got under my skin and I know that K too is fond of Thai. I suggested going to the Marriott just for the curry and K agreed. I wasn’t sure which was the restaurant that served it. I checked with Marriott Juhu’s executive chef Himanshu Tandon, on twitter , who told me that the curry was from Spices, the Thai restaurant there.

So we headed to the J W Marriott in the evening. Thankfully it’s not as far from Bandra as the Andheri E suburban 5 stars are. The Marriott has a nice feel to it and we crossed the buzzy coffee shop and went into the Spices. A couple of other tables were occupied and part from that the restaurant was empty. There was an open kitchen where the chefs were at work. We took a table by the walls as the tables by the window were for a larger group. The overall theme with orchids, earthy tapestry, lots of wood, Buddha motifs, dim but not dark lighting, had the serene feel that most 5 star Asian places have. 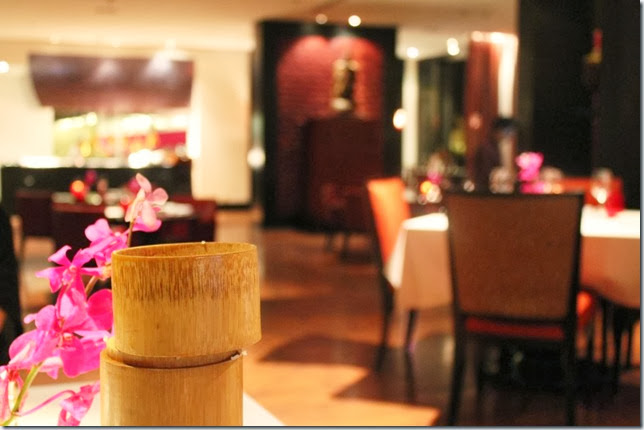 We scanned through the menu, skipped the drinks and went for the food. I soon spotted the roast duck curry that I was looking for. There was no pork or beef though. I recently met a restaurateur who said he was playing it safe by not serving either meat at his restaurant. The only Asian place that I have come across in Mumbai 5 stars that is not apologetic about serving beef or pork is ITC Maratha’s Pan Asian. San Qi at 4 Seasons tucks in a bit too in their menu. Otherwise you have Ling’s Pavilion thankfully.

For our starters at Spices we went for prawns in pepper and butter garlic. The dish won our hearts. There were 8 largish prawns which were delectably juicy and cooked with a lot of TLC. The butter garlic sauce was very intricately and yet subtly flavoured and had the odd burst of pepper bursting through making it quite an Oriental opera of a dish. 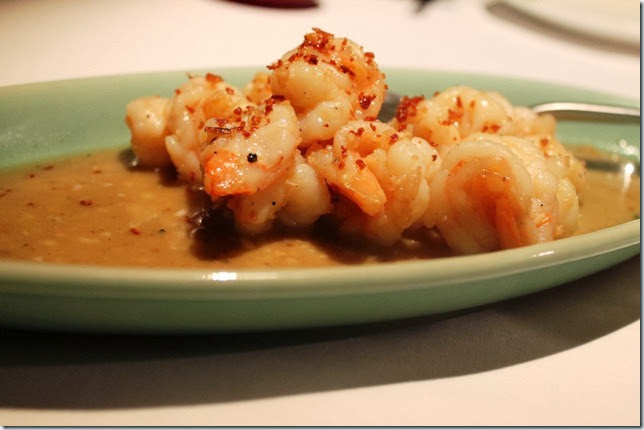 Then came the duck curry which had drawn us to Spices. It was paired with Jasmine rice served from in a bamboo container.

The curry was everything I remembered it to be from the FBAI evening. Intense flavours of lemon grass, basil, fish sauce lovingly brought together in the very regal coconut milk base. It was one of the most glorious Thai curries that I’ve had. The texture slightly thick but not stodgy as Mumbai Thai curries often tend to be. The chunks of pineapple the only discordant note in the otherwise perfect curry for us. K had recently been to Bangkok on work and had her fill of curries there. She too was enthralled by the duck curry at Spices and shared my reverence for it. It wasn’t just the curry. Even the delectable and very succulent duck meat had us in its spell. A truly special meal befitting a special day. 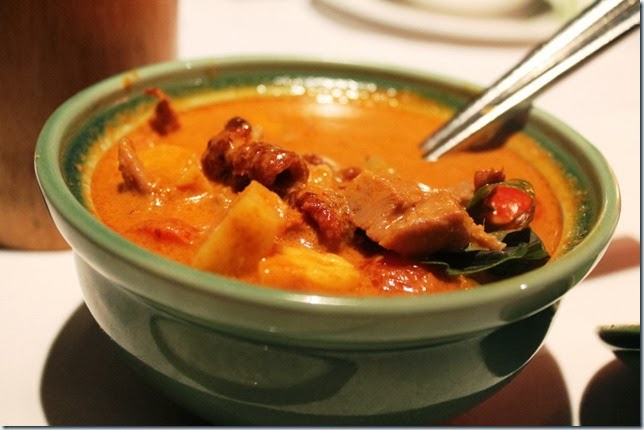 Incidentally our bill came to about Rs 2500 as we skipped drinks and didn’t order desserts and the rice was included in the cost of the curry. Focussing just on the food is one of keeping your bill under control in posh places. They have a chef’s tasting menu too but that’s for a table of at least 4. The way I see it is one could have had a dinner with a long list of dishes, not all of which would be of your choice, or have a couple of memorable dishes. 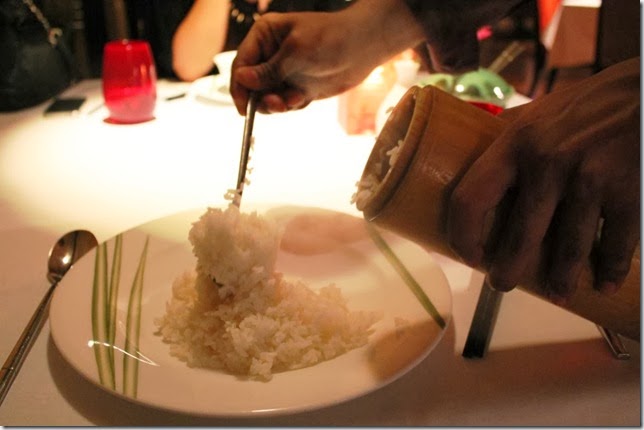 Yes, things fell into place pretty well for us at Spices that evening. 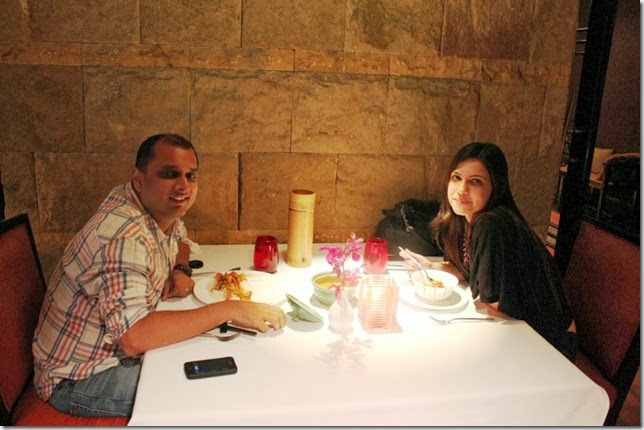 PS: I think they serve Japanese at Spices too as I saw a couple at a teppenyaki table