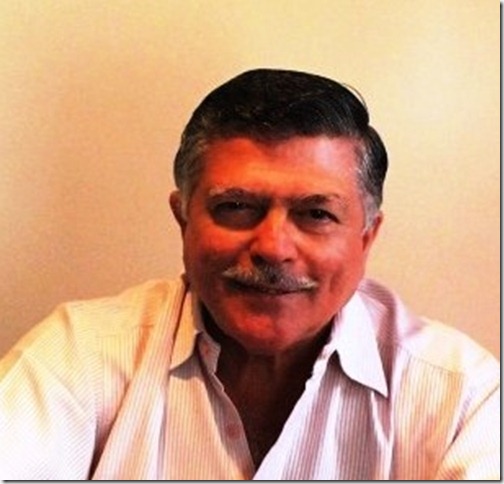 I still remember the first time we met.

This was at the now shut Just Around The Corner at Churchgate thirteen years back. I was nervous. This was a meet the parents moment after all. We sat facing each other. He tucked into a sandwich, over the years I learnt that this was his favourite food. After a while he looked up at me, serious discussions and grilling by my to be mother in law over, smiled and said, “so how is everything else?”

Yes, that is the man who became my father in law for you. One of the most noble, gentle, non-interfering, patient, soft spoken and peaceful human beings that you could come across.

Our first meeting set the tone of our relationship, We would always meet over meals. He would always ask after my well being. See that I was fed well. If it was a special occasion, make sure I got a ‘cover’ (gift envelope of cash). This would be given along with a big kiss planted on each of my cheeks, his moustache tickling me. Followed by a million kisses to smother his daughter. Every farewell signed off by a signature “do come again”.

In the years that I have known him, I had never seen him ruffled, irritated or lose his temper. Whatever life threw at him, the latest being a fracture which confined him to his house, he would bear with equanimity. Soft spoken, patiently playing chess, not questioning why fate would test him. If he had uric acid and the doctor told him to give up his beloved red meat, he would without a protest. If suddenly his sugars shot up and the doctor told him to eschew the chocolates that he just loved after dinner, he would without a protest. If he was told to lose weight he would quietly have an apple for dinner night after night.

He was the dream patient. A loving father. A husband who doted on his wife. He had the sort of spirit which one can only envy. Even when hospitalised after an operation for a fracture we were all struck by how the smile never left his face. Giving us strength even when he was indisposed and when he was the one who actually needed cheering up.

This is not how this story was supposed to read.

This post was not supposed to be about the untimely and sudden death of the Late Marzban Jal Bilimoria on 24th November 2013 Sunday afternoon.

This post was not meant to be the emptiness he left behind. The memories we all cling to.

Finally all that one is left with is a set of memories unified by that of Buddha-like smile which never left his face.

Rest in peace daddy and keep smiling….you are sorely missed.

Neeta said…
Deepest condolences to you and Kainaz and all the family...and thank you for writing this touching piece that has brought tears to my eyes and made a stranger, a beautiful human being, come alive in my heart...
27 November 2013 at 07:15

IshitaUnblogged said…
I am sorry Kalyan. Reading this post made me feel like I knew him too. I am a daddy's girl so my heart goes to the daughter and everyone else in your family.
27 November 2013 at 09:21

kaniska said…
i'm sure he is smiling as he no doubt is reading your mind if not the post. you guys shared a special bond and that is timeless. take care. my thoughts are with you and k. see you soon.
27 November 2013 at 10:18

Vishakha Talreja said…
Truly touched. Its rare for a son in law to write such an obituary for father in law. Condolences!
27 November 2013 at 10:44

SnehaM said…
Sorry to hear about your loss Kalyan. My condolences to you and your family.
27 November 2013 at 10:44

BombayJules said…
Condolences to you and your wife Kalyan - that's such a wonderful parting message, it brought a tear my eye.
27 November 2013 at 11:30

Kurush F Dalal said…
RIP MArazban uncle ... you were a good man who touched the lives of all you met ... you will be missed and remembered well by all those whose lives you touched ... RIP
27 November 2013 at 14:45

Sayantani Mahapatra Mudi said…
deepest condolence to you and your wife. A beautiful post to dedicate and remember a very good human being. May his soul rest in peace.
27 November 2013 at 18:24

Shreya said…
Deepest condolences to you and your wife.A touching tribute.
27 November 2013 at 22:49

ashoksoft said…
The most touching tribute I've ever read. Deepest condolences to you and your wife.
28 November 2013 at 02:12

Pia said…
Kalyan, his spirit is so alive in your words. I'm sure it would've made him smile his smile.
My deepest condolences to you both.

evolvingtastes said…
Very sorry for your loss. My condolences to you and Kainaz, and the rest of the family.
28 November 2013 at 07:28

Anonymous said…
Terrible loss that just cannot be put in words. And heart wrenching, beautiful ode to clearly a very special person. Lots of strength to Kainaz, you and the family.

vispy said…
Heartfelt condolences again, and again, and again, to you Kalyan,to Kainaz and everyone at home for whom this sudden loss must be so unbearable to face. Hugs to all of you. And yes, a very touching tribute. A good man like him will always carve a permanent space in your hearts. May God be with you all. I am sure Marzban Uncle will always be there watching over the family.
28 November 2013 at 21:17

sassy Fork said…
What a special bond you both shared! Marzban Uncle was a wonderful man....always smiling and so soft-spoken! He will be watching over you always
28 November 2013 at 22:01

Unknown said…
Hello kalyan,
The day began with a sad news coming in.I can share the void ,emptiness and feeling of helplessness that comes with the loss of a parent at any stage in life.Its like an amputation. we survive but we are less than what we were before.
I haven"t personally met K s father but from what I have learnt he was the quiet most member the family.I really envy his courtesy and tranquility. I wish I had it in me.
For K , the loss is permanent , still, she will come out of it.Her daddy"s loving memories will bring a smile back on her face. She will be so glad for having a dad like him.
BYE.
30 November 2013 at 12:36

I'm really very very sorry for your loss. I've been meaning to write to you for a while now but something or the other kept coming up. Today I happened to check your blog after quite a long gap and this is the news I find... My deepest condolences to you and your family.

If you really ask me.... said…
While nothing can replace the void that the passing away of your father in law has left in the hearts of his loved ones, I pray to the almighty god to give your family and you the strength to accept his will.

I hope that over a period of time, his loving memories and the support of your loved ones will reduce the pain you feel.

May his soul rest in peace

Shobita said…
Sorry for your loss K and K. What a lovely lovely tribute to your dad! Tears running down my cheek. Big HUG to you both..Shobita
4 December 2013 at 15:01

Debjani said…
Deepest condolences to Kainaz and you. I was shocked to see this blog post.
7 December 2013 at 14:52

Kalyan Karmakar said…
thank you for your wishes...we are trying to pick up the pieces
9 December 2013 at 13:00

Dr Parveen Chopra said…
May such a wonderful soul RIP.. God bless the family to bear this irreparable loss.
2 February 2014 at 06:41