I had my first encounter with Chile’s legendary sea bass at London’s L’Anima restaurant for the Chowzters dinner earlier this year.

The salt encrusted sea bass there turned out to live up to all the good press it gets. Many courses down in the dinner that night, fully stuffed, I was still enamoured by the sheer moistness of the fish.

Months later I got a taste of the same magic moistness in Mumbai, far away from London and even further away from Chile. This was at the Lalit Hotel in Andheri E, slightly closer to Bandra than Chile (!), where I had gone to attend the ProChile Wine & Food festival.

The Chilean element in the dinner was represented in the seafood that they had imported from Chile. What won my heart was the Chilean salmon which Executive Chef Subroto Goswami and his team at The Lalit had baked whole.

Once again one was enchanted by the same moistness and subtlety of flavours that the Chilean sea bass at L’Anima had delivered. 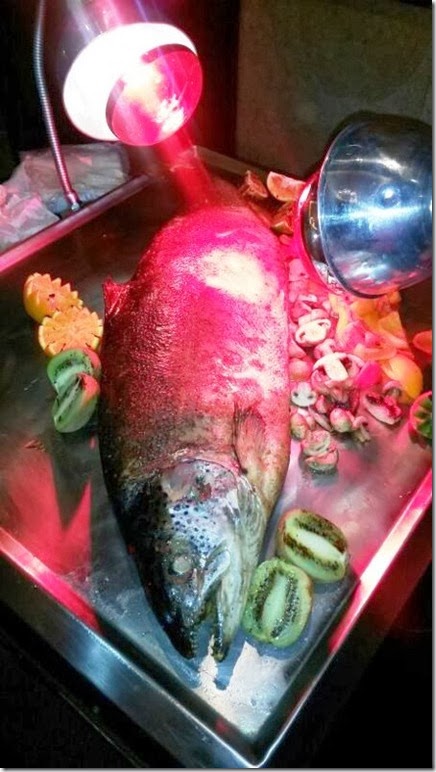 The dinner that night consisted of a huge buffet trail and yet the taste that lingers behind after so many days is that of the whole baked Chilean salmon. One just can’t get its fatty creaminess out of one’s mind.

Besotted, that’s what I am. 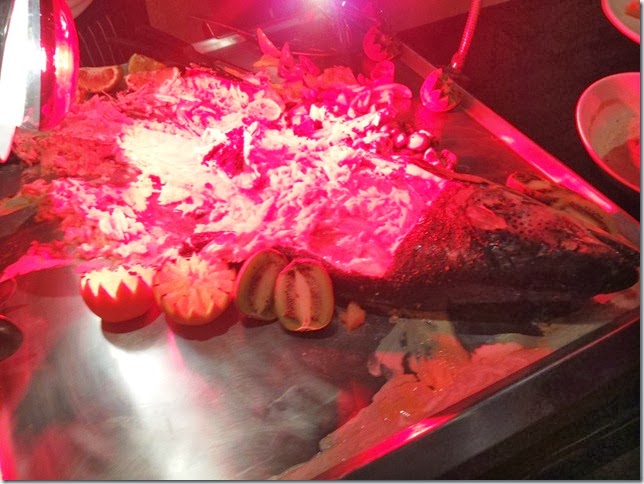 There were a few other dishes that stood out too. There was a very buttery crab. The yellow tail amber jack which was another very moist Chilean fish. And full credit to the team at Lalit for the Grilled Orange scented Chicken with aji verde sauce. It takes a lot of skill to make chicken so juicy and succulent that I was almost willing to forget the Chilean pork which I had hoped would be on offer.

It was lovely catching up with friends. Suprio Bose, of the Catalonia Government, my close friend who introduced the folks in the Chile Trade Commission to me. It was so great meeting him again. Then there was Aneesha Baig of Will Travel For food. We joked about how both of us have been there at the last three events that each of us had been to. Always a pleasure to catch up with her. And food writer Antoine Lewis. Meeting close friends and the salmon of course made the trip to Lalit completely worth it. The warm hospitality of the Mr Rivero and Gurpreet of the Chilean Trade Commission in India added to pleasantness of the evening.

In a mellow bonhomie induced mood I tried a couple of excellent Chilean wines too. First was the Montes Cabernet Souvignon from Brindco and then Carta Vieja from Ixora wines. The latter, Suprio explained was a Carmenere, the varietal that defines Chilean wines. He told me an interesting story of how this variety of wine disappeared from Europe after the plagues there and was rediscovered in Chile where the monks had taken it.

Yes, Suprio loves Chile but then that’s where he met his lovely wife Dolly after all.

Here’s raising a toast to good food and great friends.