on December 12, 2013
With time to kill after a meeting in Delhi and lunch to be had, our Gurgaon based colleague suggested a visit to Cyber Hub in gurgaon. The location made sense as some of us were headed to Gurgaon & the rest back to the airport.

Cyber Hub, she explained is the new hub of restaurants in Gurgaon's Cyber City. A hub she compared with Singapore's Clark Quay minus the waterfront.

When we went there we were surrounded by quite a few choices. The winter nip making moving around easy. I knew that this was the place where Baba Ling of Ling's Pavilion from Mumbai had opened a restaurant called Canton Spice and I gently nudged our group towards there Ling's devotee that I am. Our group that afternoon included a Canadian of Chinese descent living in Hongkong and I was interested to see how he found the food.

Our order was taken by a chirpy lady whom I later found out was Baba's daughter in law. She suggested that the lone vegetarian in our group go for a rice bowl combination while the rest of us share a la carte orders. This was a good reco as the rice bowl came with a soup, dumplings, rice and two veg dishes and was a well rounded meal for one. A Chinese thali as I pointed out.

We were a bit conservative In our mains as I wanted to avoid pork and one of us in the group didn't have prawns. So chicken and fish it was.

We started with a subtly flavoured chicken soup dim sums. For our mains we went for a 3 cup chicken recommended by Baba's daughter in law. This was cooked in Chinese wine, sesame oil and soya sauce and had a bewitching basil flavour enshrouding it. Succulent chicken served in a soul pleasing sauce.

I went with a Ling's staple to accompany the chicken. The ginger garlic basa. The fish was quite well flavoured and our colleague from Hongkong loved it too. Only difference from Ling's was there were only green chillies here and not red.

With this we had a chicken fried rice which was tasty but unlike in Ling's wasn't infused with sauces and was served fairly white. Closer to what you get in 'Indian' Chinese restaurants than Ling's.

Then came the only discordant note of the afternoon. I ordered the pan fried noodles. A favourite of ours at Ling's. Here at Canton Spice it was a disaster as the sauce had none of the inherent richness of the one at Ling's. This was tasteless to put it mildly and the noodles lacked crunch too.

Well, as the lady said, their guests from Ling's and the Delhi outpost, Nanking, are their toughest customers at Canton Spice.

Overall it was a nice experience though as our mains and the dimsums had the intense delicacy of flavours one has got to expect in Ling's. The ambience and plating more contemporary. Our guest from Hongkong vetted the food as being authentic and loved the surroundings.

A Chinese tea and it was time to leave. Satiated. Till one heads home to Ling's.

Interestingly there is no mention of Ling's at Canton Spice. 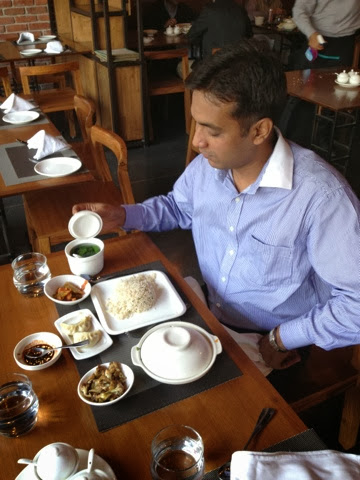 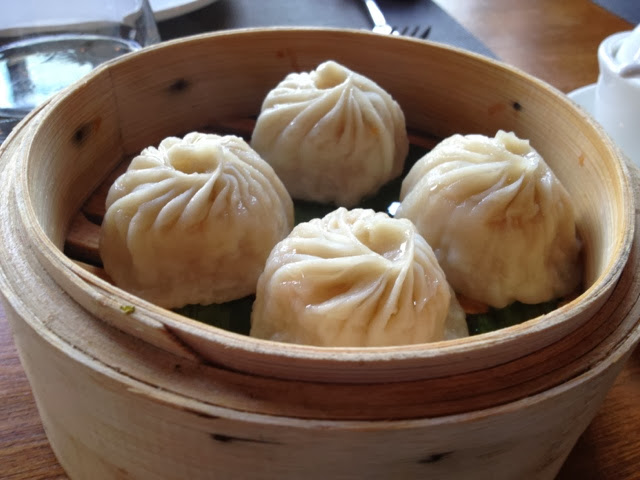 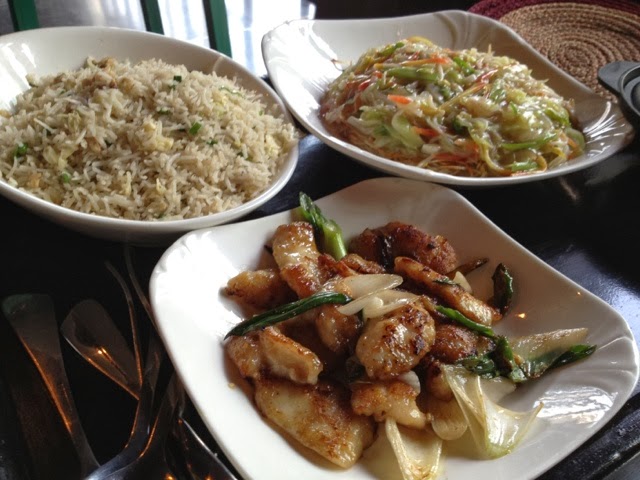 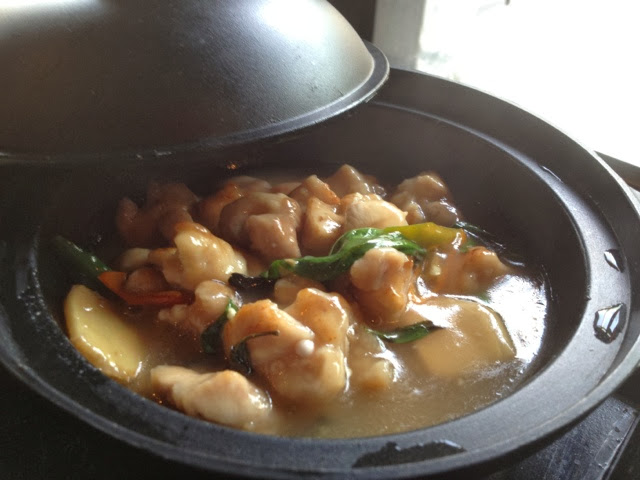 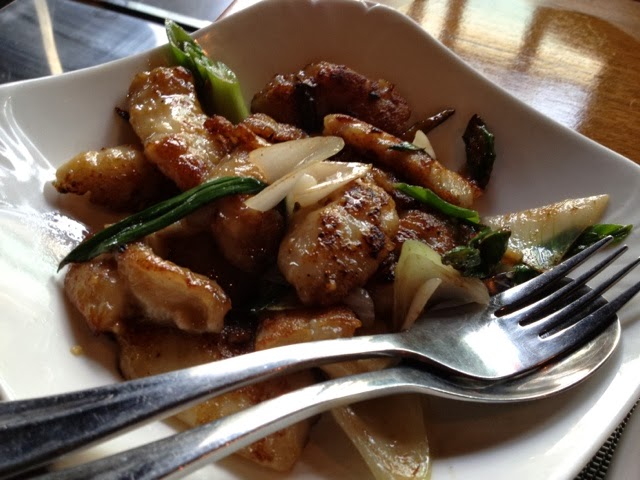 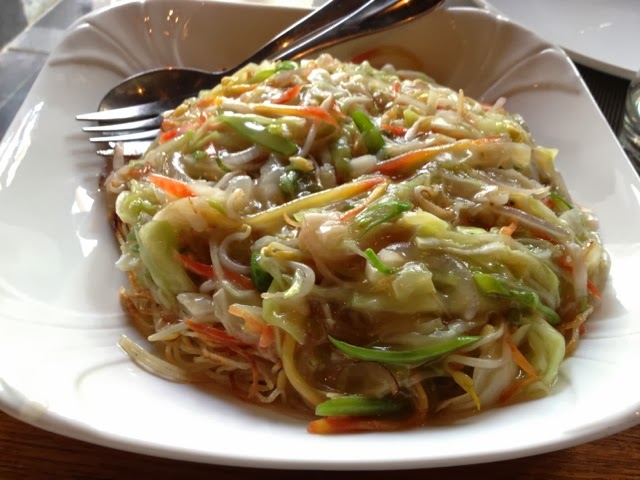 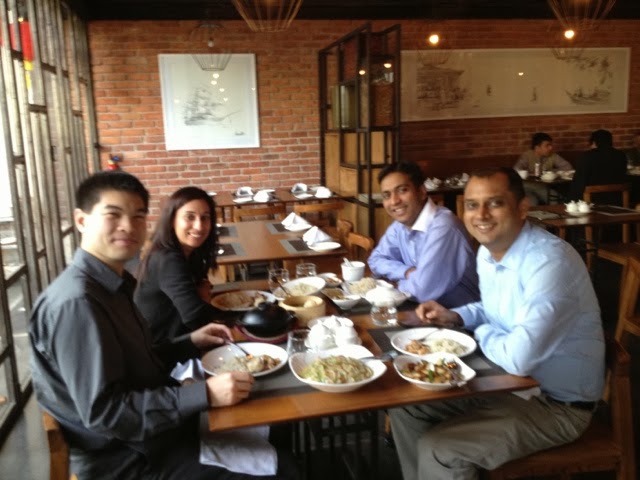 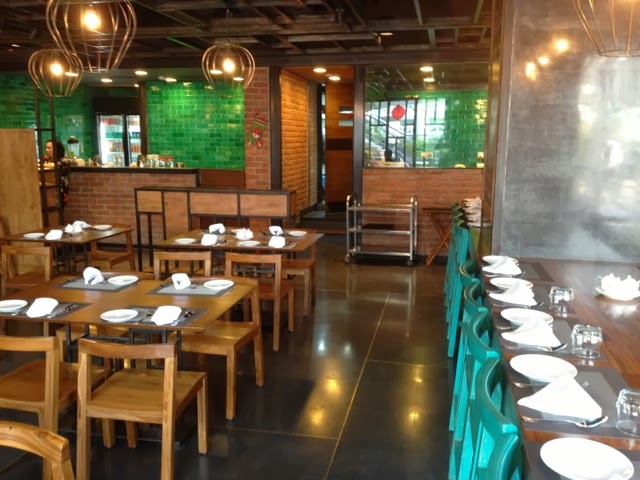 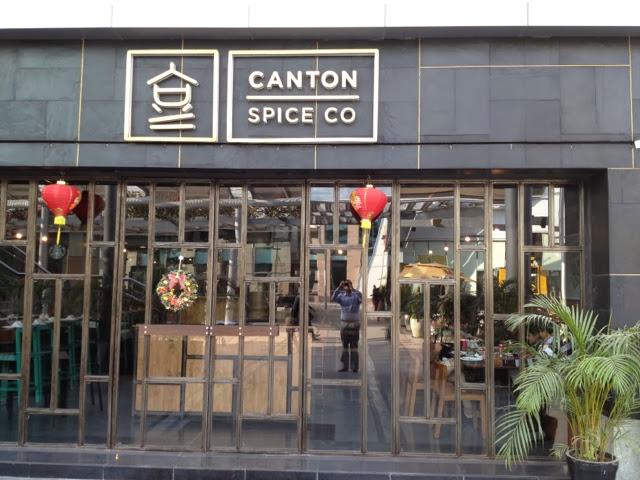 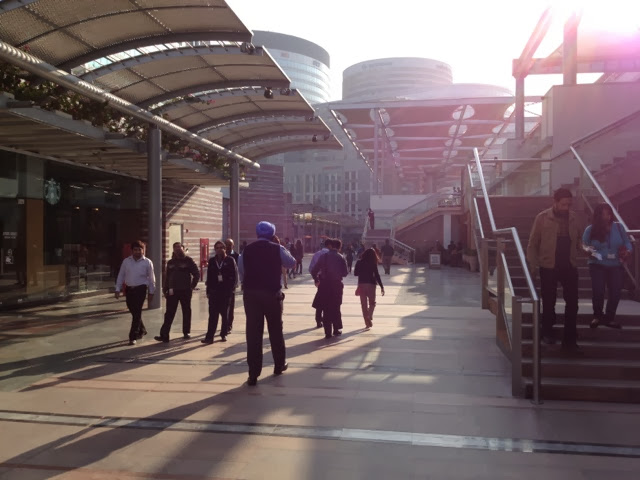 ethnic food said…
Pili Nuts an ethnic food from Philippines is very tasty. Philippine pili nuts from the Bicol region in the Philippines is a great Filipino or Pinoy food or snack. Pili nuts are very healthy and nutritious indeed, being a source of energy, potassium and iron. They also have protein, dietary fiber / fibre, and calcium as well as monounsaturated and polyunsaturated fats.
13 December 2013 at 10:38

Rhea Mitra Dalal said…
So the Ling family is expanding and now has another outpost in Gurgaon :) I guess the mother ship is always a tough act to follow.
14 December 2013 at 14:30

V Yel said…
Some delectable dishes to see there....Gurgaon is made to look like a mini Hong Kong in this particular restaurant!All food recipes can be checked out here.
16 December 2013 at 15:09