Think Punjabi and you think tandoori chicken, Japanese and sushi, Mexican and nachos, Italian and pizza and South Indian and idli dosa vada and vegetarian food.

We started the walk in the morning with a nice filter coffee at Swagath. A place I would often stop for a dosa and coffee before heading home when I worked in Fort. 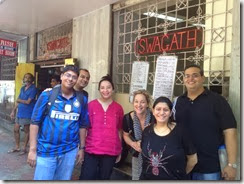 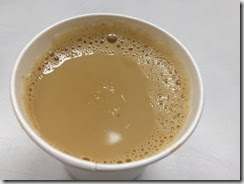 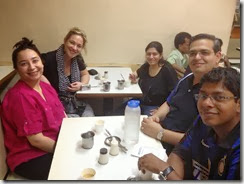 Next on was Fountain Plaza. They don’t serve beef here. So we went for the mutton masala to get with the Keralite porothas. There was something alluring about the rough choppy mutton masala curry which had us all reaching out for more of it. The sweetness of the flour of the porothas the ideal foil for the mutton. And then there was a slightly tangy Keralite fish curry to follow. 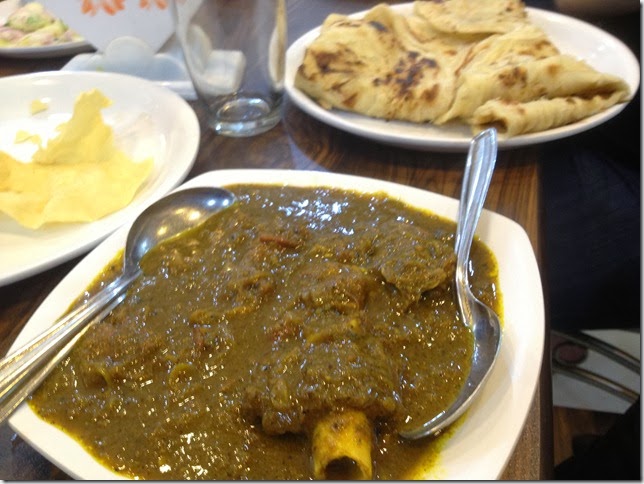 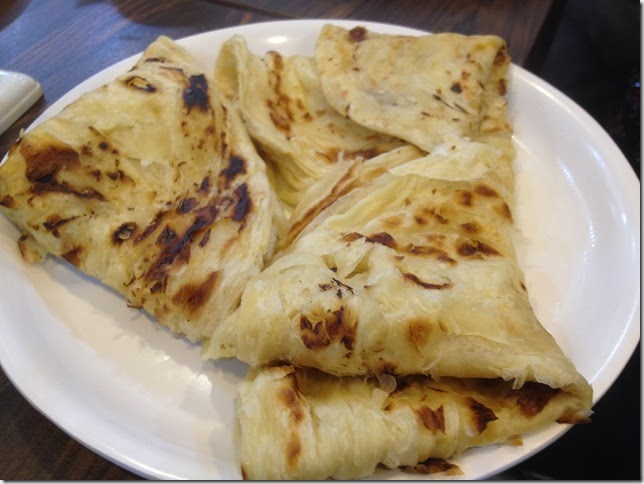 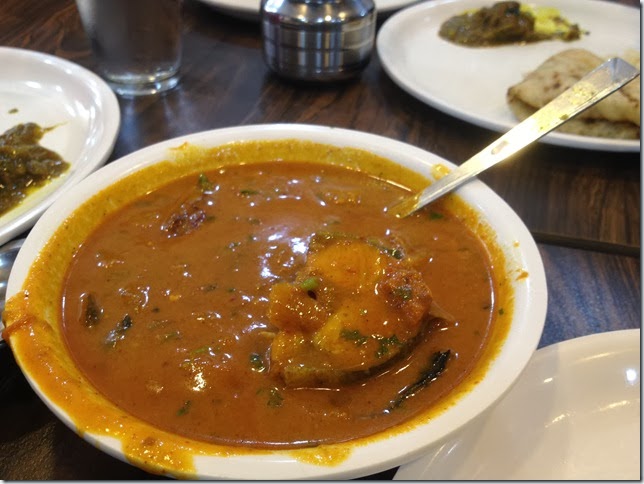 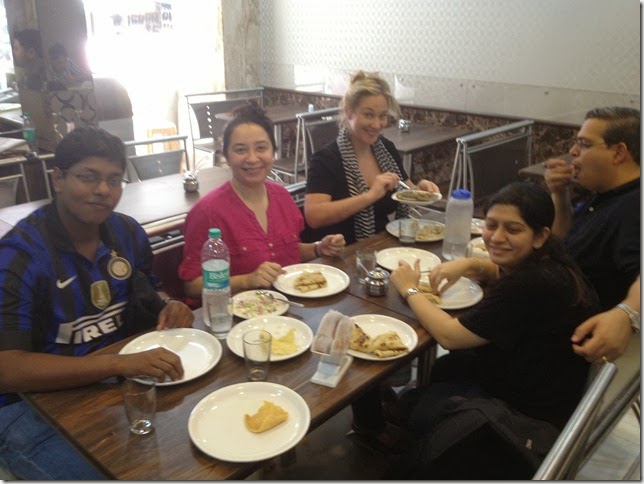 From here we turned back down the lane and went to the Modern Lunch Home. Here I ordered the chicken kodi roti that Amba had introduced me to. They gave us individual portions here by dividing the plates by two. A grated coconut bedecked chicken curry served on crisp rice rotis. The curry seeping in making the rotis softer by the bite. 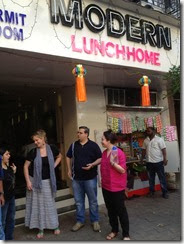 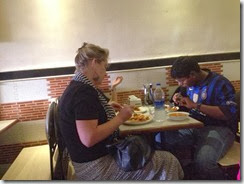 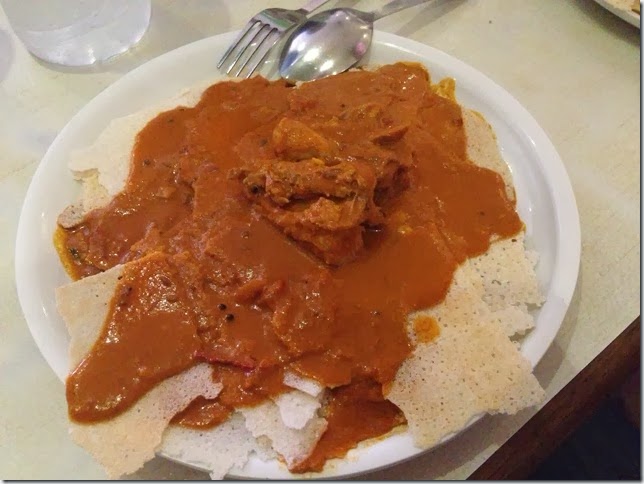 Our last stop in the South Indian fish and fowl walk was Apoorva, I normally order the prawn gassi here. However, after the fish curry and the kori roti we felt that we wanted to give curries a break. So what we went for here were plump batter fried Bombay ducks and butter pepper garlic prawns with soft dosas. In the process with the neer dosas, porotas and kori rotis we had tasted a variety of South Indian breads different from the usual dosas. 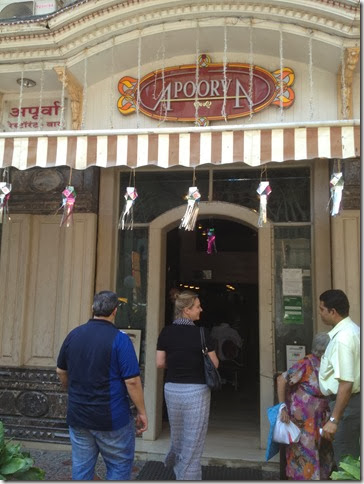 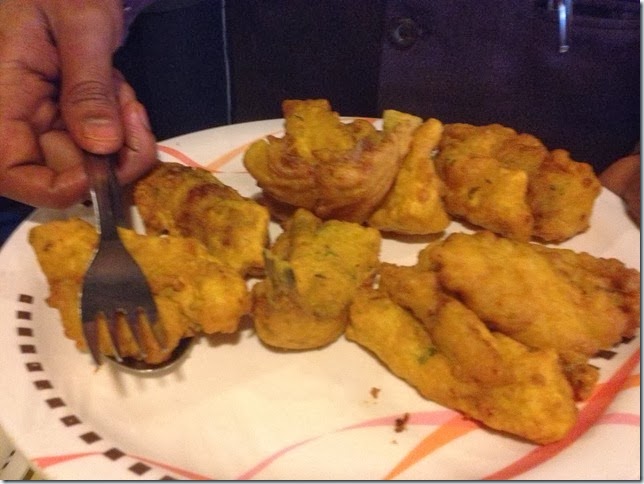 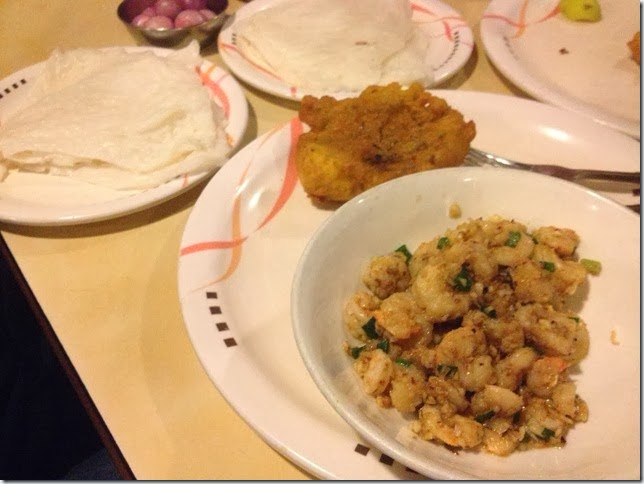 Stuck for dessert ideas we took a vote and headed to Moti’s for lassis. A rather North Indian end to our South Indian walk. 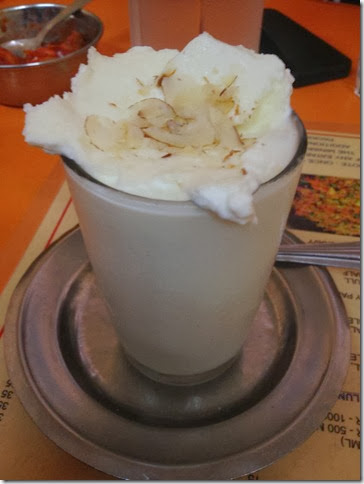 The walk was hopefully a bit of an eye opener for all and an opportunity to try out something new and break current beliefs and preconceptions.

Sometimes opening the windows is all it takes after all.

Talking of walks I recently did another at Fort for Mo Films. This was for a group of international ad film makers who had won the Mo Film awards and had come to Mumbai to be feted. With a group of more than 15 it was one of the largest walks I have done. This was an interesting experience as the team was more keen to walk the streets and get a feel of Mumbai than actually eat! Luckily Fort delivered as we moved from The Bombay Store to Yazdani to Moti then St Thomas Church down to Horniman circle and the Khao Gulley too before we stopped at Vidya Dairy where ustaad made his jalebis. There is nothing like showing off your city to those who want to get to know it better. 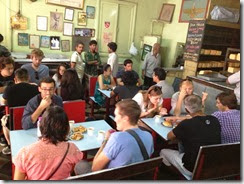 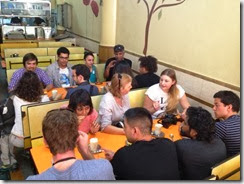 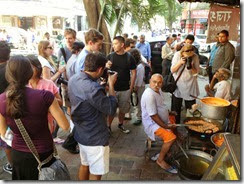 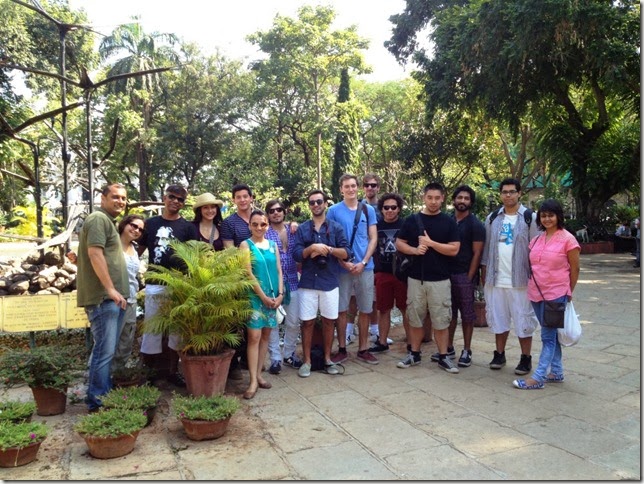