The other day I went to Punjab Grill at Palladium when they invited a few of us bloggers to try out their new winter menu.

Punjab Grill is a fine dining Indian restaurant and it is interesting to see what’s happening in this space. My orders in Punjabi restaurants are normally restricted to tandoori chicken and kaali daal so I wanted to see what else they would come up with. They did have a nice black daal in the mains by the way in the winter menu too.

The menu conceptualised by Chef Gurpreet of Punjab Grill apparently used winter vegetables from Punjab and had quite a bit of red meat and offal in it too given the cold weather in Punjab during winter.

There were a couple of interesting pickles to start with. A sweetish cauliflower and radish one and a spicy mutton which had everyone at our table asking for more. 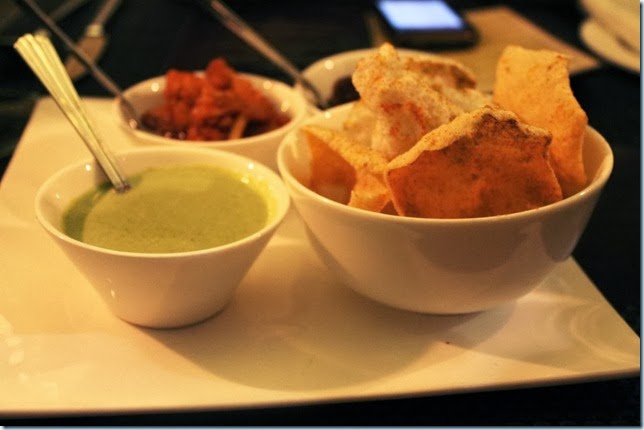 There was a black carrot kanji which had a nice heaty taste to the drink. Then there was their take on the Delhi winter street food dish of sweet potatoes and star fruit prepped up in a fine dining format. There was a chukendar ke kebab which was made beetroot stuffed with hung curd and pine nuts which reminded me of the vegetable chops of Kolkata. 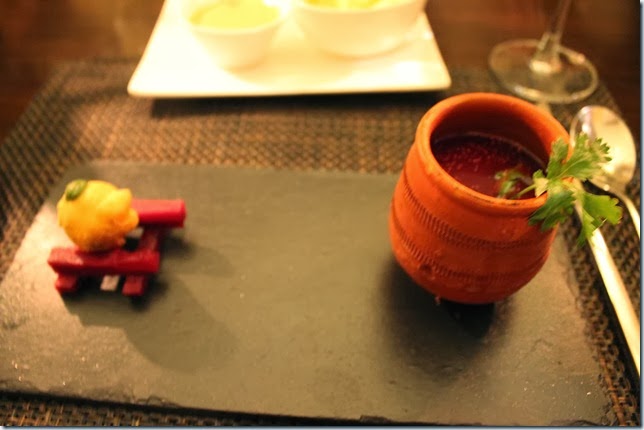 Keeping the heaty foods for winter theme going was a rather indulgently warm paya shorba with wispy bits of meat in it followed by a delightfully tight textured bheja masala. 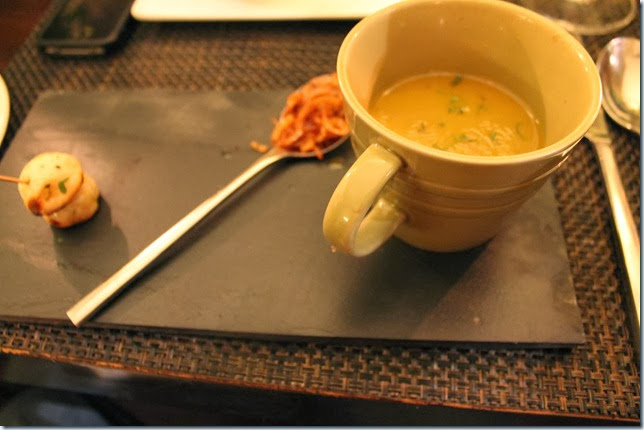 For kebabs there was a rather nondescript murgh tikka and a tabak maaz which too could have packed more flavour. I hade a better rendition of Tabak Maaz at Delhi’s Kashmiri Kitchen to be honest. The fatty goodness was missing here. But then this was a Punjabi restaurant’s attempt to serve a Kashmiri dish. 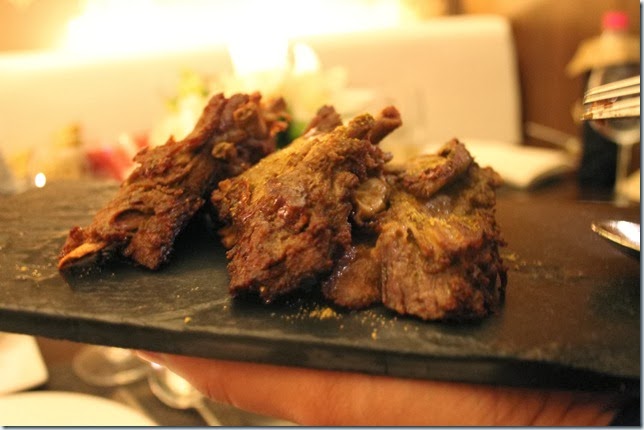 The mains were the high point of the dinner though I was almost about to leave before they were served as the service was rather slow. The mains had a lovely smoky sarson ke saag, a perfectly balanced  butter chicken, a hearty black daal and a very soft and tender mutton from a mutton ‘hot pot’. The only sad part was that the mutton was served lukewarm but it won us over with its tenderness. To mop it all was an assortment of scrumptious rotis and a biryani made with winter vegetables. I had packed my camera as I was going to leave so no pictures of the mains unfortunately.

By the time we got through the elaborate menu, coupled with the slow service, it got pretty late and I didn’t stay back for the desserts. Thankfully the company at the table was good to fill the service gaps and it was nice chatting with Sameer Malkani of the Food Bloggers Association of India.

The overall experience of coupling winter vegetables with meat dishes geared towards a cooler clime is an interesting one. It’s worth checking out specially for the mains and the bheja and paya shorba and the pickles of course.