For the love of prawns… Bong Bong, Bandra, Mumbai

I love prawns and believe that they should be treated with tender love and care.

In the kitchen I try to ensure that when I am cooking the prawns should turn out to be juicy, even in curries. This is non-negotiable for me.

High end Indian restaurants in Mumbai don’t always follow this principle. A Five star South Indian restaurant and a fine dine Bengali restaurant come to mind as culprits. I have had some pretty rubbery prawns at Dakshin and Oh Calcutta after all. I’ve come across some home cooks too who over cook the prawns including Bengalis. Seems to be more the norm than the exception.

On a separate note, Masala Library treats their prawns well though I must admit.

Which is why I believe that the folks at Bandra’s Bengali cafe, Bong Bong, deserve a medal.

I order the prawn malai curry or in prawn in coconut cream as they call it almost every time that I have been to Bong Bong. Often with well travelled food aficionados and each time the folks at Bong  Bong have made me proud and happy with the sheer juiciness and succulence of the prawns in the curry. You knew that these were prawns that were treated with a lot of reverence.

We dropped in at Bong Bong recently. It was empty but I was glad to see that they had  made the restaurant a bit brighter with stronger lights. Along with K’s fav of the 5 spice (panch phoron) potato I called for a prawn in coconut curry. My mom in law, who is off non veg, wanted the curry to have with rice and we called for a kaju kishmish pulao.

We had the prawns in coconut cream and once again they were cooked tender to perfection. And the curry pretty similar to the chingri malai curry I make which humility prevents me from saying is a good thing! 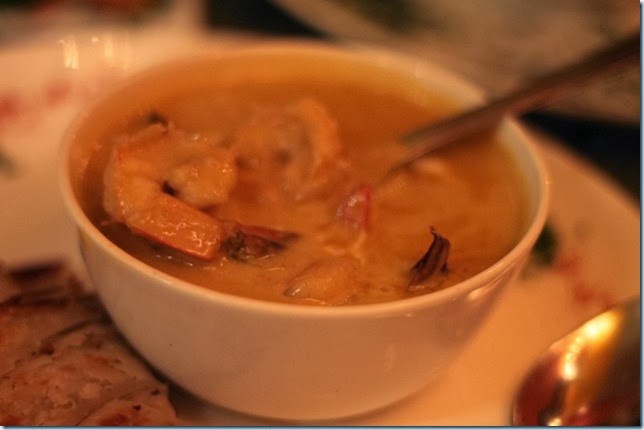 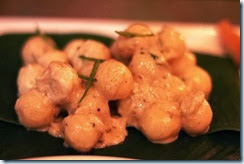 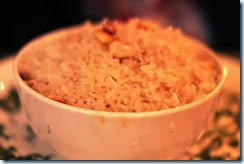 I am experimenting with a 50 mm lens these days on my Canon 1100 and am still struggling in low light conditions.

They have introduced a new menu at Bong Bong and have seemed to have gone a bit traditional there with kosha mangsho and posto chingri with a delectable daber payesh (kheer with slices of tender coconut in it).

We chose the the posto chingri or prawn cooked in a poppy seed paste. 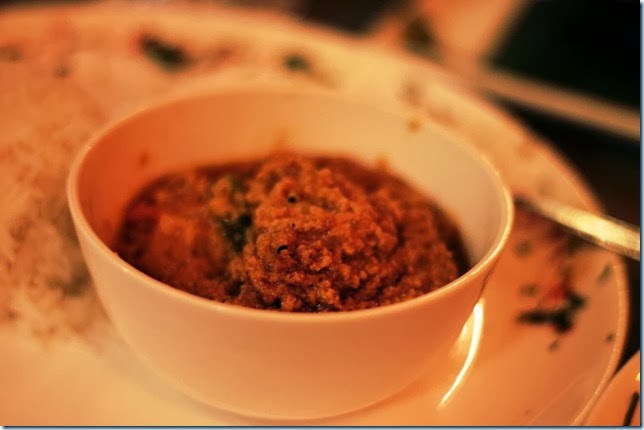 This dish was the star of the night. We were blown away by the intense flavours packed in the posto base and to elevate the dish to the next level was once again the sheer poetry in the texture of prawns. These were prawns cooked with loads of love and affection. 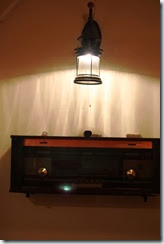 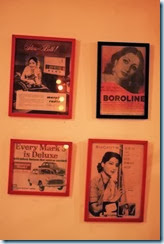 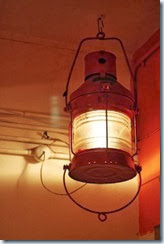 Arsalan Khar has shut down much to the lament of Bengalis around and me. Last night I had a headache and wanted some carbs, ideally a biryani, a dish I had stayed off since my acidity attacks last year. By biryani I mean Kolkata biryani. Suddenly inspiration struck and I called from Bong Bong who sent a heart warming, hearty, headache busting biryani. If I was to compare with Arsalan, the Bong Bong biryani was less oily, both had nailed the flavours of the rice right, the potato and chicken in Bong Bong was a tad undercooked, the quantity less than Arsalan but sufficient for one and the price slightly more….but most importantly I still have a good biryani option at home and thank my good karma for it.

By the way for someone who by his own admission is his own favorite cook....the humility bit was funny :)

Gia Fernandes said…
Seems like a cozy place. Love the lanterns and the old radio! And that chingri malai looks delish. Everything looks good actually. They seem to have nailed it.
28 February 2014 at 23:34