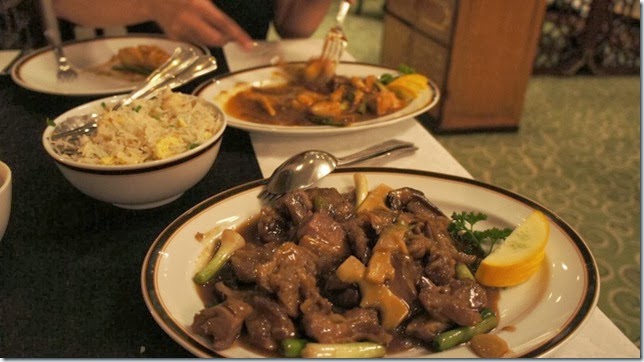 If my last post was about a new discovery on turning forty then this one is about relearning some lessons from ones ‘youth’.

I have always been a bit sceptical of five stars and their ability to live up to the prices they charge. Our dinner at Taj Land’s End’s Ming Yang where we went to celebrate my fortieth last week turned out to be predictably mediocre.

Ming Yang is definitely popular. A large place yet fully packed on a Friday night. Luckily we had made reservations as we saw walk ins being turned away as the place was full. As I saw the crowd and went through the menu, which had pork too, I looked at K and said ‘I think dinner will be really good’.
Intuition is apparently something which gets a bit weak when your turn forty as I found out. And don’t judge a restaurant by its crowds was another life’s lessons learnt.

We started by ordering a plate of squids fried in black bean and chilli. The dish took a while to arrive. I thought that the crowds got the better of the staff. Then I realised that our dish was standing at the bus stable beside us without anyone bothering to get it to our table. So much for five star service. 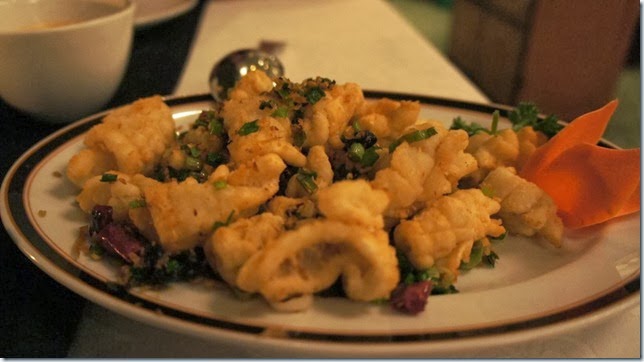 The dish when served to us turned out to be the biggest disappointment I have known since the time when Amitabh Bachchan used to make films like Jadugaar, Ajooba and Lal Badshah. The batter coated squids had gone ice cold, and was tougher than industrial quality rubber. K said it was the worst squid dish that she had ever had. I agreed and not just out of a sense of conjugal loyalty.

This was a shame as the dish had so much promise as the accoutrements of scallions, black beans and finely chopped chillies added some interesting flavours. The squids were inedible though but we were famished and finished them with rather forlorn expressions on our faces.

We ordered two side dishes though K said one would be enough. I should have listened to her. The one thing which could be said about Ming Yang is that the portions served here are pretty big. But then if I want largesse I’ll go to 5 Spice. In five stars I expect finesse and that was sorely missing at Ming Yang. Specially in the amount of sauce given with our dishes when we had specified we would prefer dry dishes. A few days later at work we ordered from China Valley and their pork in oyster sauce dry was exactly that. Tender pork kissed with just enough sauce to bring the flavours alive. Perhaps the chefs at Ming Yang could take lessons from them.

Our duck in oyster sauce at Ming Yang had a strange after taste of Hoisin sauce and was a tad salty. It was served hot though and the duck reasonably tender. Singkong does a better job with their duck if you were to ask me. We couldn’t finish the dish so we packed it and took it home. We were welcomed by a bed of corn flour sludge when we took it out of the fridge the next day. We have often packed food from Ling’s Pavilion and this has never happened. But then Ling’s is not a five star. It is just a Chinese restaurant run by an honest Chinese family serving great food who quietly go about their work with no illusions of glory. 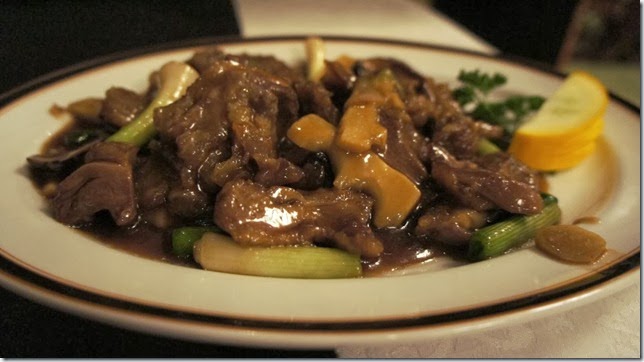 The other mains that we ordered were scallops in XO chilli sauce. Again served hot, thank heavens for small mercies, but a tad too saucy for my taste. K chose scallops after her scallops binges at Cannes. She pointed out that in Cannes scallops are served whole while they had chopped it at Ming Yang which took away half the joy according to her. The scallops seemed quite fresh though and unlike the squids were not chewy in the least. 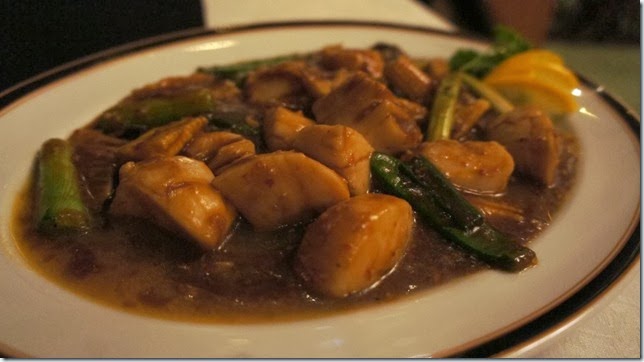 And what do I say about the prawns and chicken burnt garlic fried rice that I ordered? The prawns were pleasantly juicy. The rice white and largely taste neutral unlike the fried rice served in Chinese restaurants abroad, in Ling’s or the one I make at home where the sauces are integrated into the rice. Underwhelming and pedestrian. 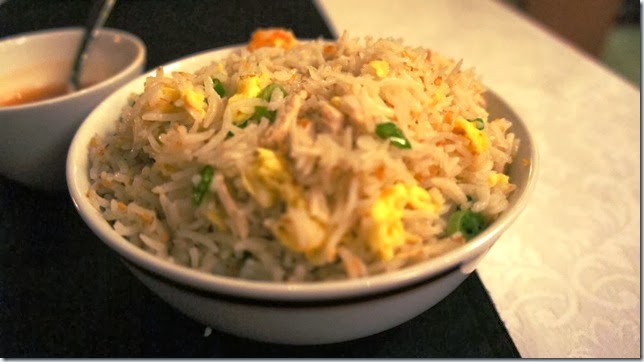 Life’s lesson learnt on my fortieth birthday? Next time I want Chinese in Mumbai I should quietly drive down to Ling’s Pavilion in Colaba.

At around six and a half thousand INR that was a bloody expensive lesson.

Rhea Mitra Dalal said…
Every time I think maybe I'm being stubborn about Ling's I read a post like this one and I settle back with a confident smile and a warm heart. It is truly as you have described it - Ling’s is not a five star. It is just a Chinese restaurant run by an honest Chinese family serving great food who quietly go about their work with no illusions of glory.